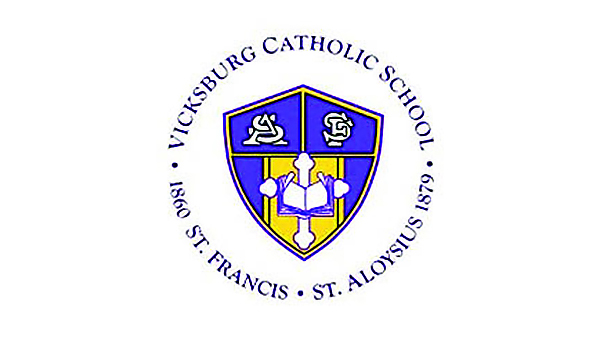 The family of John Murray Pinkston, Jr. has generously pledged $1 million in funding to upgrade existing facilities at Vicksburg Catholic School. Immediate plans include improvements to St. Aloysius’ football field, Balzli field, and several other major projects within the football stadium. The gift will be in memory of their late father John Murray Pinkston, Jr. “Big Murray” (Class of 1947).

“We are pleased to be able to provide support to VCS for important upgrades for the facilities of the school,” said Corey Pinkston (Class of 1985). “We hope this gift can provide key improvements for the women and men who participate in sports and all extracurricular activities, as well as the whole VCS community.”

In addition to improving the playing surface of the school’s football field, extensive upgrades to other parts of the football stadium and gymnasium are under way. Pinkston says he will continue working with school leaders to identify areas in need of upgrades. St. Aloysius Athletic Director, Mike Jones, has been an integral part of identifying needs within the Athletic program.

“Being a graduate of St. Aloysius, I had the privilege of going to school with many members of the Pinkston family,” said Mike Jones. “They were always very active and well admired for their friendship and leadership at St. Aloysius. It is an honor for me over 40 years later to be a part of the family wanting to recognize the legacy of the fine qualities that their dad, Murray Pinkston, instilled in his family. I thank Corey, Kitty and Murray for giving me this opportunity.”

Upon completion of the renovations, Corey Pinkston plans to play an active role in the future development of the school by serving as both Alumni Representative to the school’s Public Relations Committee and Chairman of the school’s Endowment Committee.

“The Pinkston Family gift will help us continue the legacy that began with the Sisters of Mercy in 1860,” said Advisory Council president Marion Roberson. “We’re beyond thankful for their generosity as well as the generosity of our alumni around the world. It’s through this support that we can continue the school’s worthwhile legacy for generations to come.”

“St. Francis and St. Aloysius have been the core base for the education, moral foundation, and long-standing relationships for the entire Pinkston family over the years — both in the classroom and on the playing fields,” Pinkston said. “It has been a pleasure to develop this gift with Karla McHan, Mike Jones, Mary Arledge, Anna Kate Doiron, the Advisory Council and the Flashes Athletic Association, and we look forward to further ways to support VCS over the coming years.”