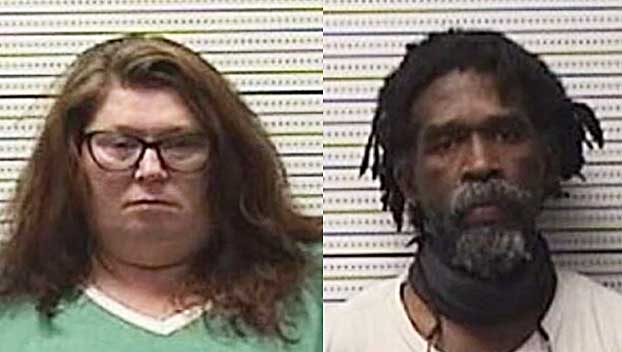 A Mississippi grandmother and her boyfriend were charged Wednesday with felony child abuse after police said a child told her teacher she and another child were locked in a dog cage when they misbehaved.

Deputies said although they did not see any children in the dog cage at a residence in Coldwater, Mississippi, the cage had a locking device on it and that they had evidence the children had been inside the cage.

Investigators said one of the two children involved told a teacher at East Tate Elementary School that they feared getting in trouble because they did not want to be locked in a cage again.

The teacher reported the conversation to Child Protective Services, triggering the investigation.

The children were 6 and 9-years-old. Two additional, younger children were also inside the house, but deputies said they did not believe they were involved in the caging incident, but that the matter was still being investigated.

Mississippi woman tried to evade officer by ducking into…