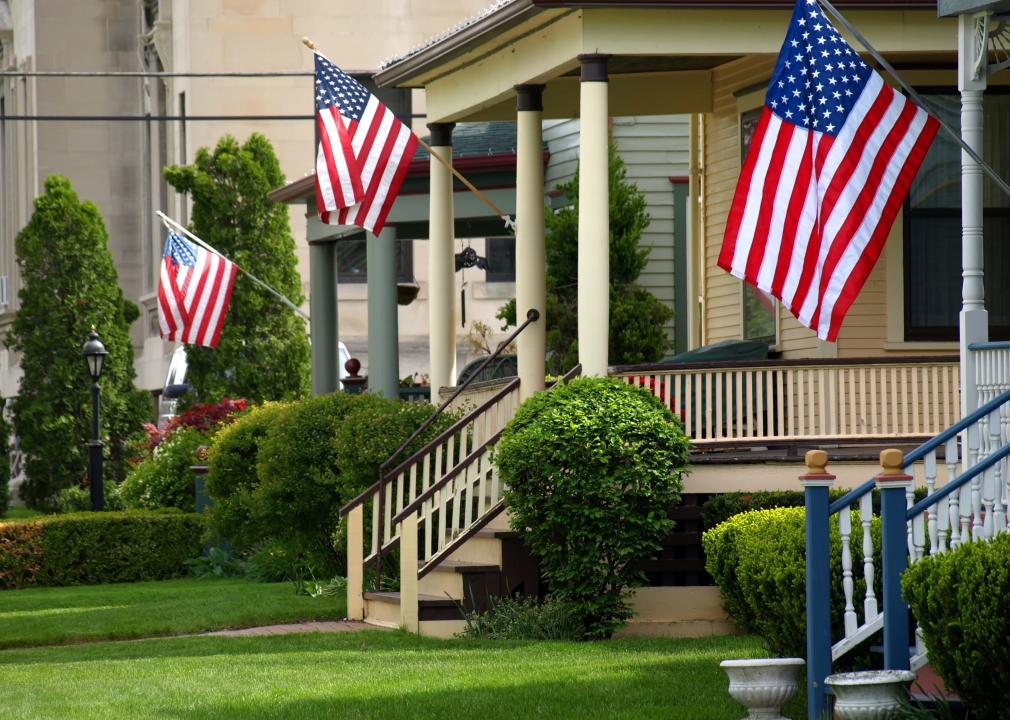 The U.S. South, considered to be any area south of the Mason-Dixon Line, is known for its hospitality, regional cuisines, and sprawling landscapes. Some towns boast historic attractions and outdoor activities while others have a picturesque view and massive landscapes.

According to the Texas Relocation Report’s most recent data, Texas, one of the states featured on this list, ranked second in the country for the most relocation, welcoming 537,000 to 582,000 additional residents in 2019 alone.

The COVID-19 pandemic saw a surge of relocations as more people sought out affordability, and more flexibility, especially with increased work-from-home options. And while some of the cities on this list aren’t exactly affordable, for families, safe towns with stellar school systems certainly are a priority. With the onset of the pandemic, bustling cities saw many of their residents leaving for smaller towns with bigger amenities.

Stacker referenced Niche’s 2021 Best Places to Live study, narrowed the results to the South, and narrowed them further to places under 5,000 residents. Niche calculated the Best Places to Live according to things like cost, safety, weather quality, access to healthy living, and several other factors. For each town, Stacker included the town’s resident population along with figures for owners, renters, and median household income.

While this data is the most current available, some housing statistics Niche uses to calculate its rankings—such as median home values and housing costs—are not entirely reflective of the current housing market. Since these numbers are subject to frequent changes and housing represents 5% of Niche’s total ranking, those statistics are omitted from forthcoming data points and do not detract from Niche’s overall assessment of the best places to live. Whether you’re seriously considering a new move or just daydreaming of living in a town with a dose of Southern charm, Stacker has you covered on some small town you may want to at least consider living in. 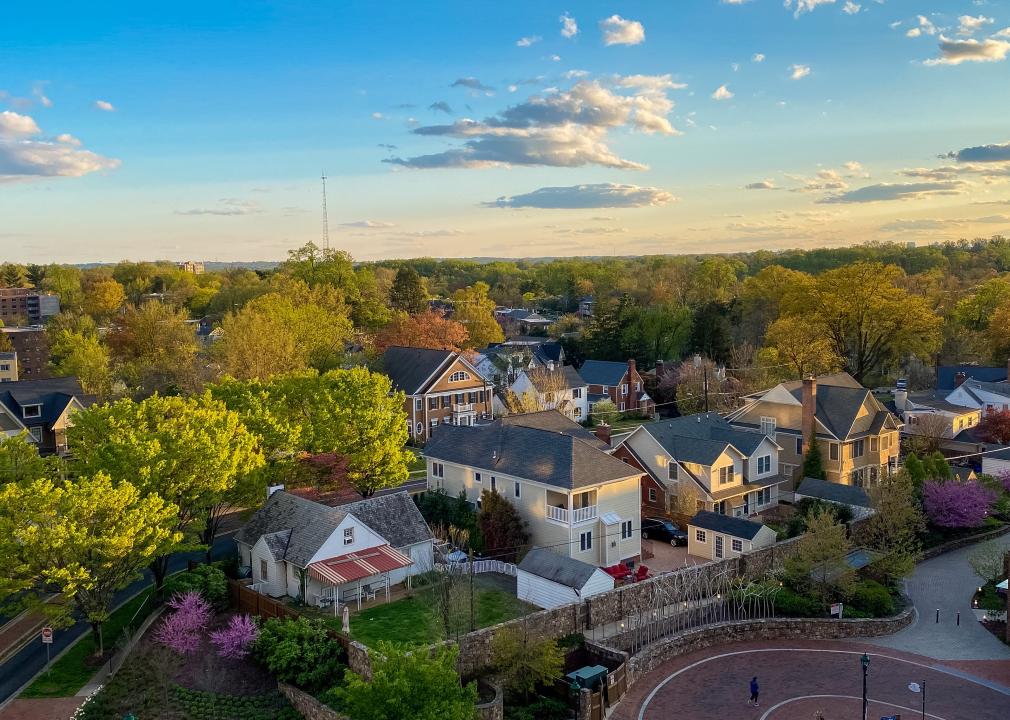 Chevy Chase in Maryland, not to be confused with Chevy Chase in Washington, D.C., was formed in the 1890s. The founders of the city were Francis G. Newlands, a senator from Nevada and William Stewart, both co-owners of the Chevy Chase Land Company. The businessmen purchased thousands of acres of land and started a development project that included an electric railway and the installation of a water and sewer system. Today, Chevy Chase continues to be an upscale community with an array of markets and single-family homes constructed from brick. 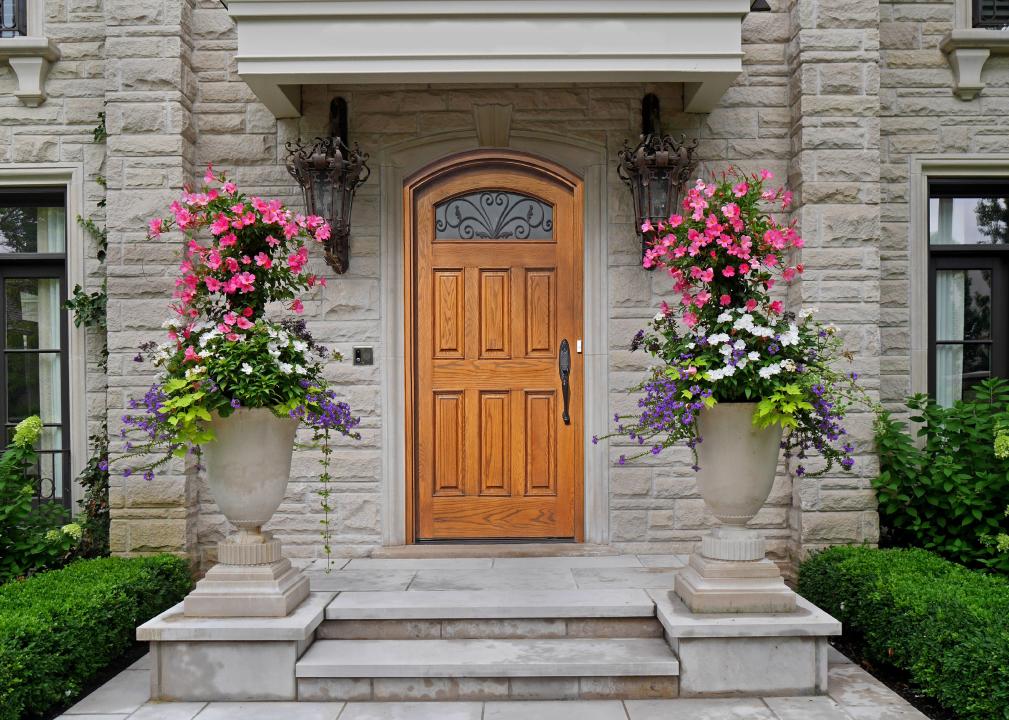 Biltmore Forest is a residential community that was incorporated in 1923. In 1990, Biltmore Forest was designated a historical district and today offers many recreational activities such as hiking at the Mountains-to-Sea Trail as well as restaurants and accessible grocery stores. 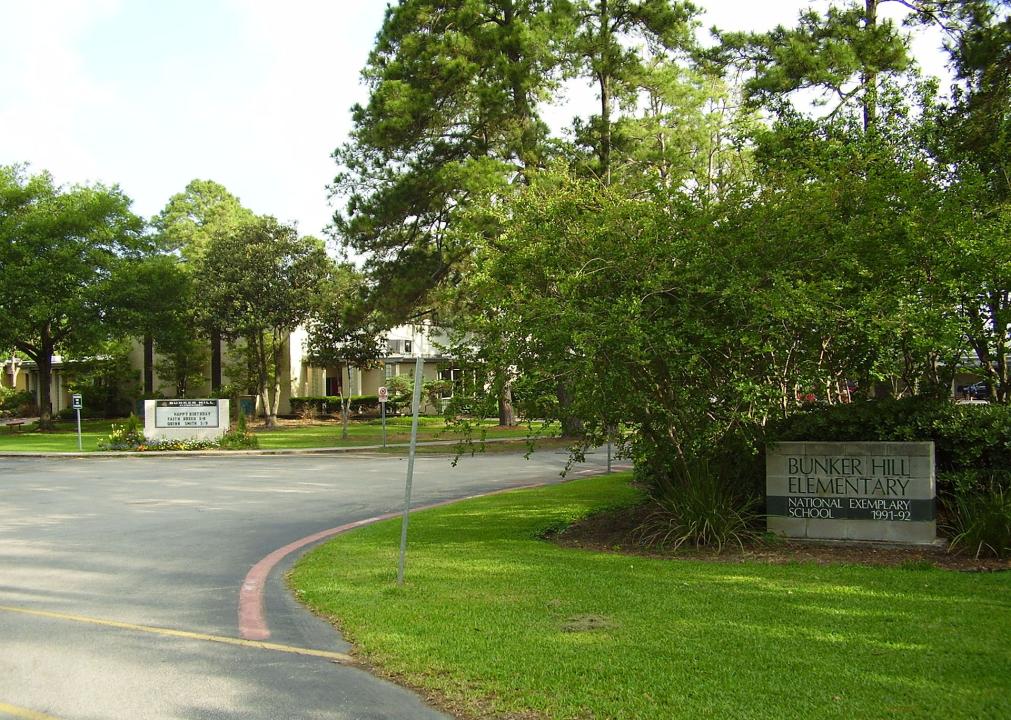 Bunker Hill Village, located in West Houston, was incorporated in 1954, and by 1966, had become an affluent community with a growing population. Over the years, residents of Bunker Hill Village have taken measures to preserve their quiet, wooded neighborhood and established zoning regulations through adopted ordinances. 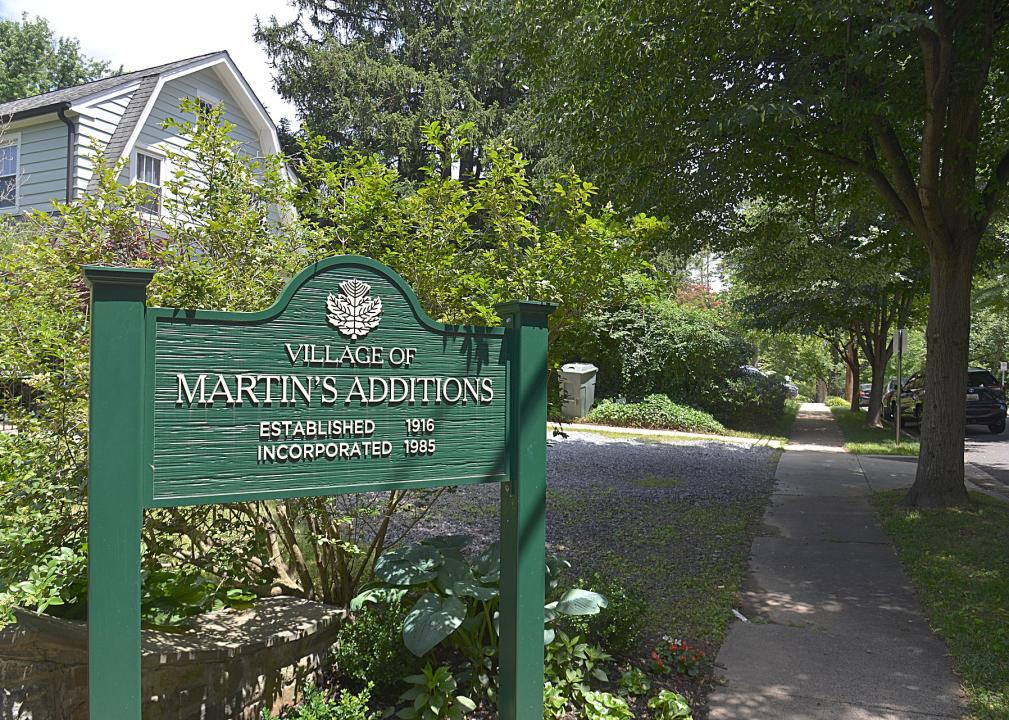 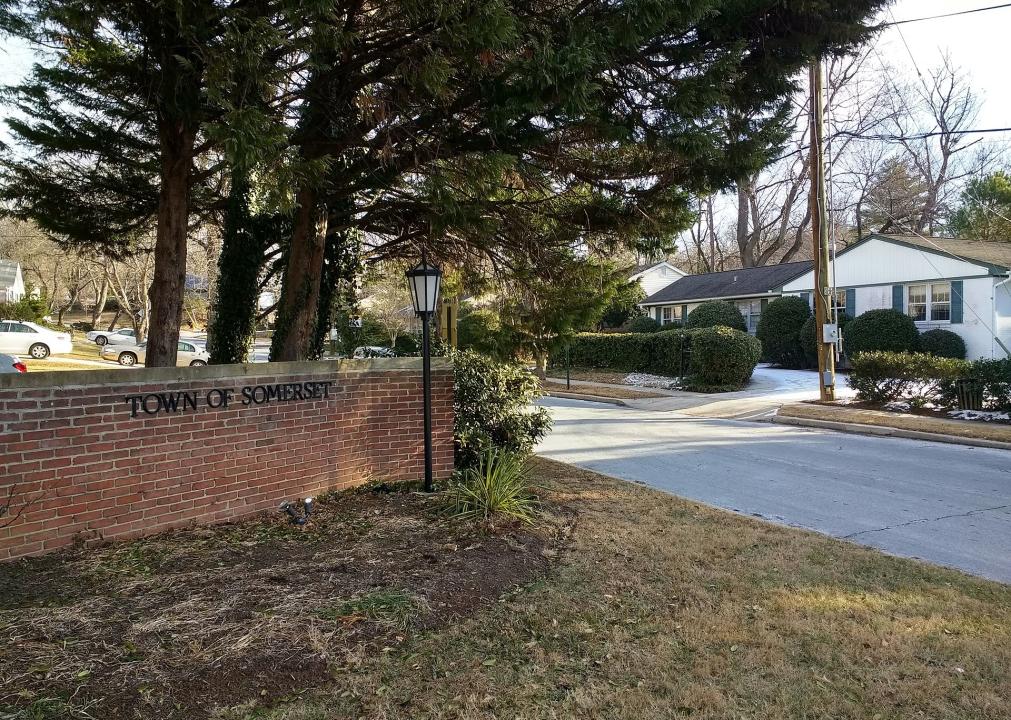 Real estate tends to be expensive in Somerset but it may be worth it in this family-friendly town with high quality schools. There’s also plenty to do when it comes to outdoor activities in Somerset such as kayaking, photography, and fishing. 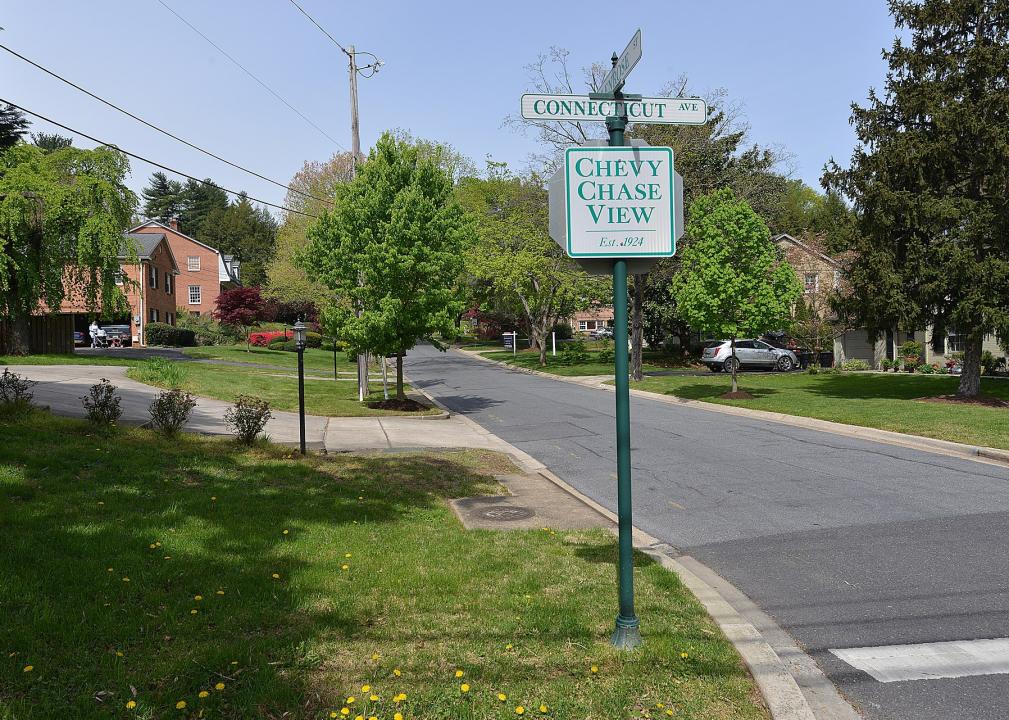 Chevy Chase View, an affluent suburb located in the heart of Montgomery County, was incorporated in 1993. Chevy Chase View is within walking distance to other posh suburbs in the area and with its close proximity to the nation’s capital, the town is also home to many politicians and influential figures. 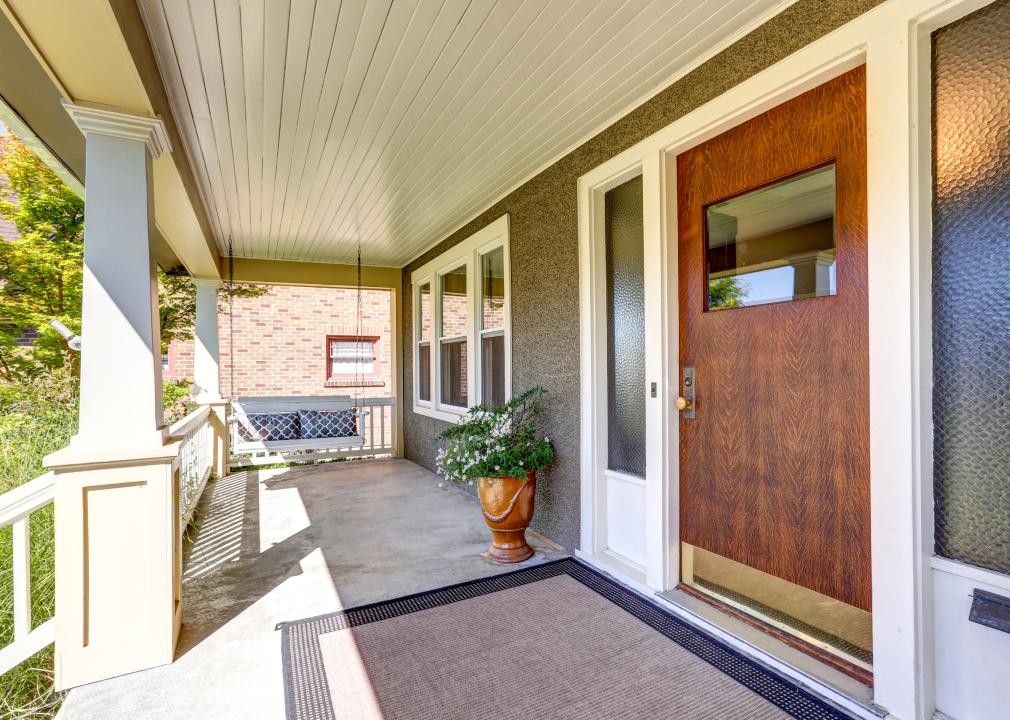 Anchorage was named in honor of the estate of James Goslee, a riverboat captain. The city honored him three years after his death, when the town was incorporated in 1878. Fast forward to modern times and you’ll find a variety of homes from classic Colonial to ranch style situated on tree-lined blocks. 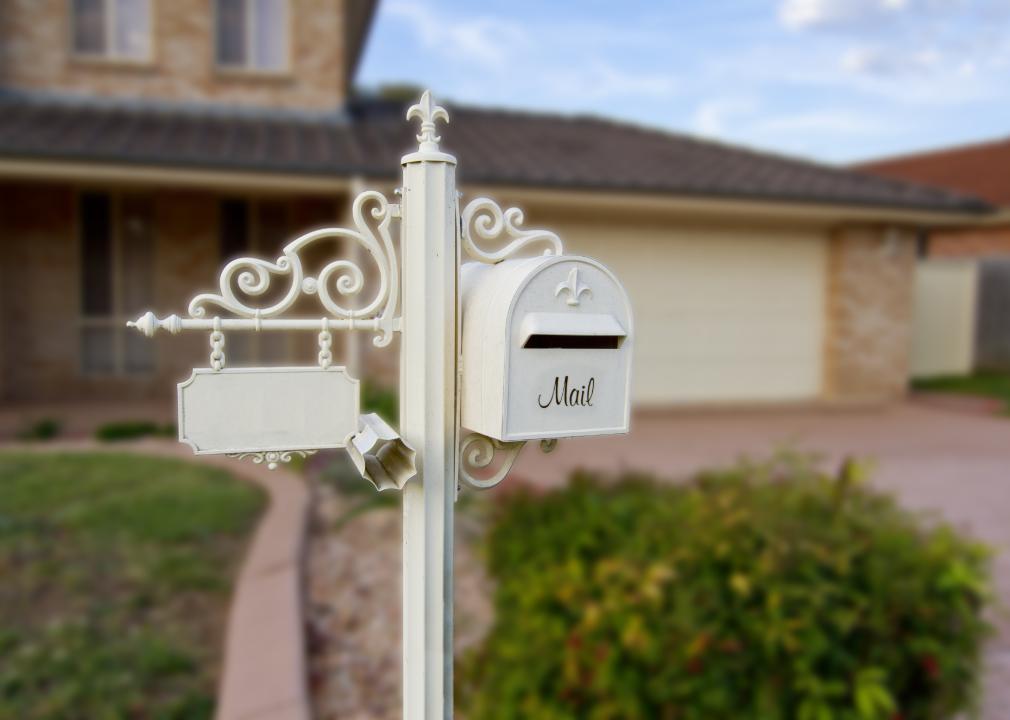 Prospect’s high rate of homeowners reflects the financial stability of the town, composed mostly of families and singles who are working professionals. There’s a variety of activities to do in Prospect such as paddling up Harrods Creek via Nachand Canoe & Kayak Rentals or visiting Yew Dell Botanical Gardens, which is a 15-minute drive from Prospect. 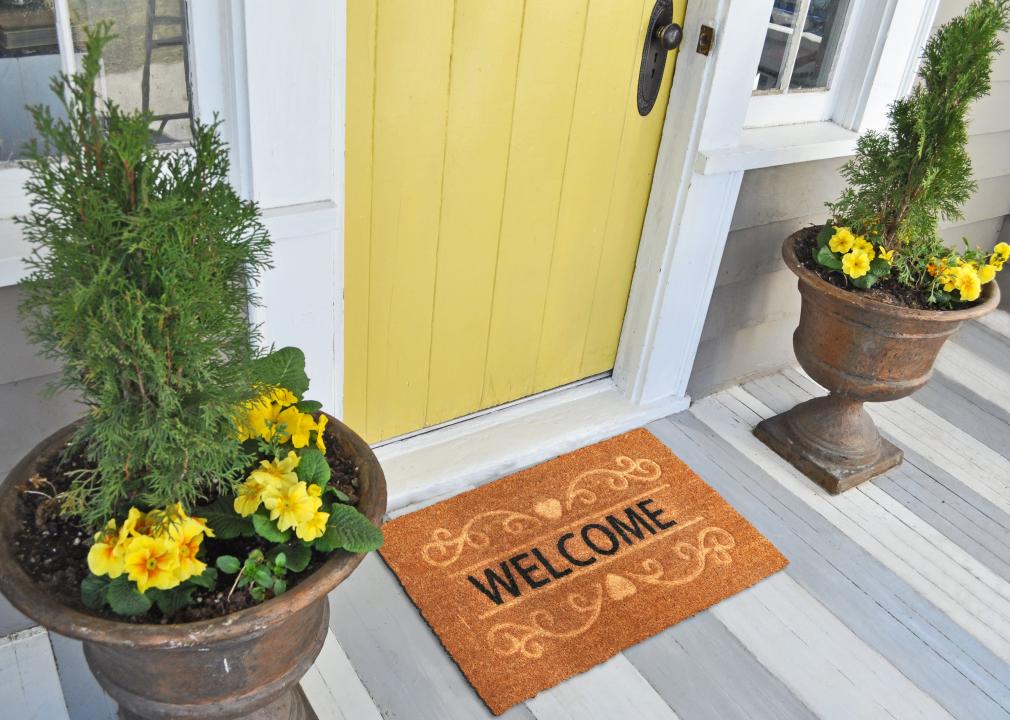 Northfield, a suburb of Louisville, was incorporated in 1965 but was previously part of 3,500 acres owned by the Bates family in 1798. Today, a majority of the residents of Northfield, a mix of families, singles, and retirees, still continue to own their own homes. 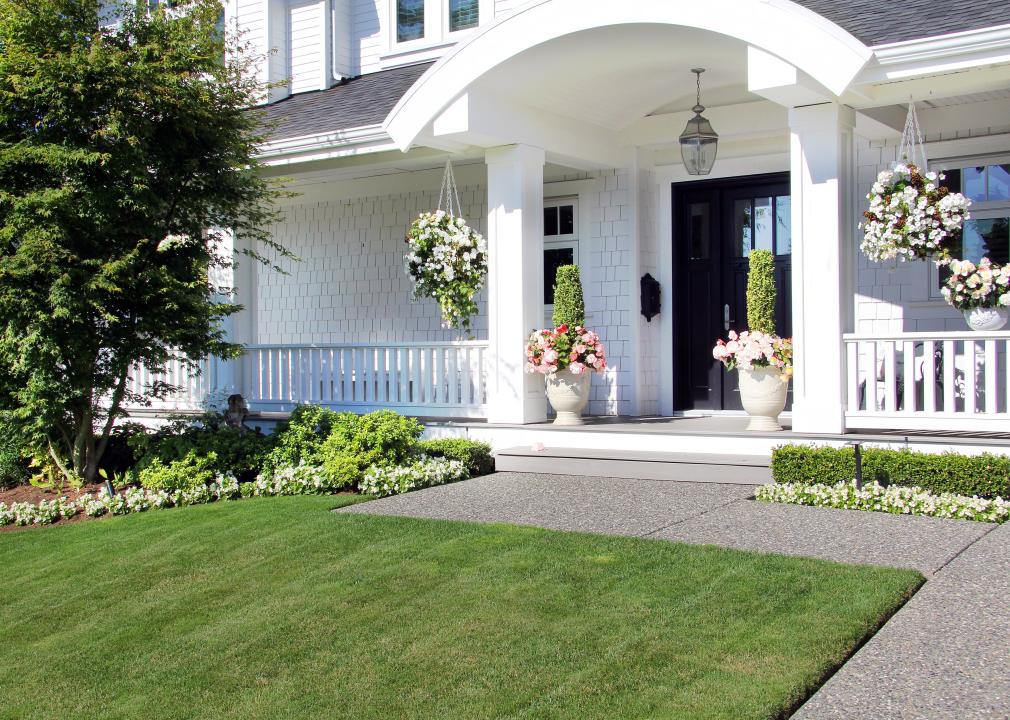 Olmos Park, located north of downtown San Antonio, was developed in the 1920s. H.C. Thorman, a renowned real-estate developer and oilman from Ohio, purchased property and built homes, creating this posh enclave. H.C. Thorman used stone veneer over structural concrete to construct all of his homes, which still exist in the district. Today, architecture in many of the homes in Olmos Park consists of English stone cottages. 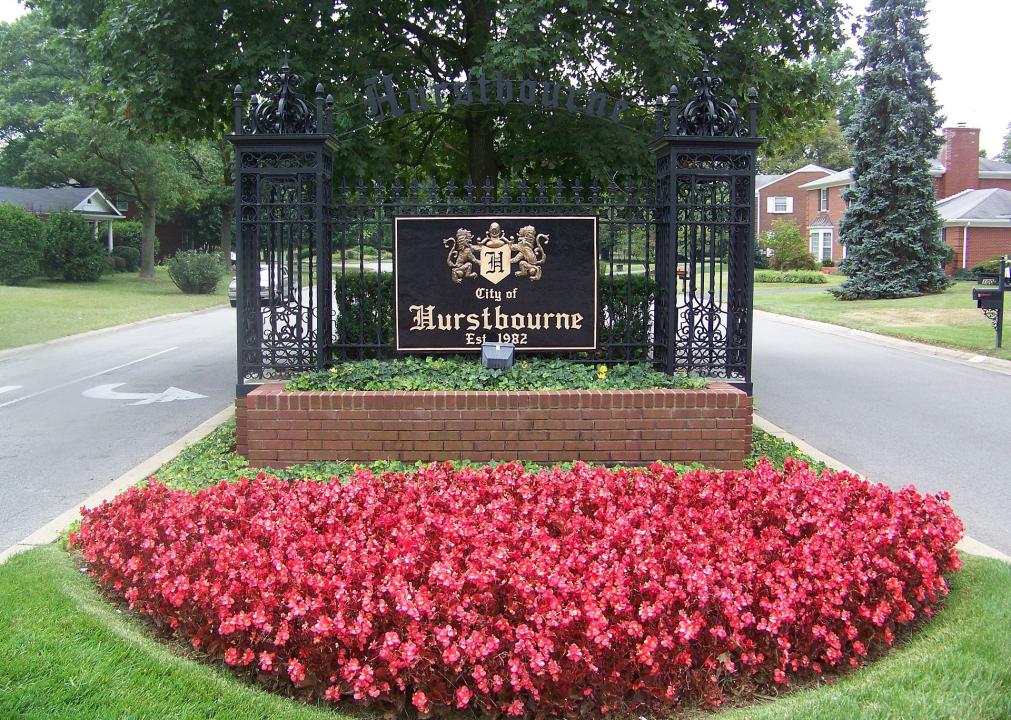 The Virginia Land Law of 1779 stated that “villagers” who lived in “Western waters” for one year prior to 1778 and who harvested a crop of corn in that country, were considered a “bonafide settler.” Kentucky land was a low dollar value for 400 acres, which caused a rush of settlers. Maj. William Linn was the first person to settle in Hurstbourne in 1779. Today, the median sale price for a home in Hurstbourne is $365,000. 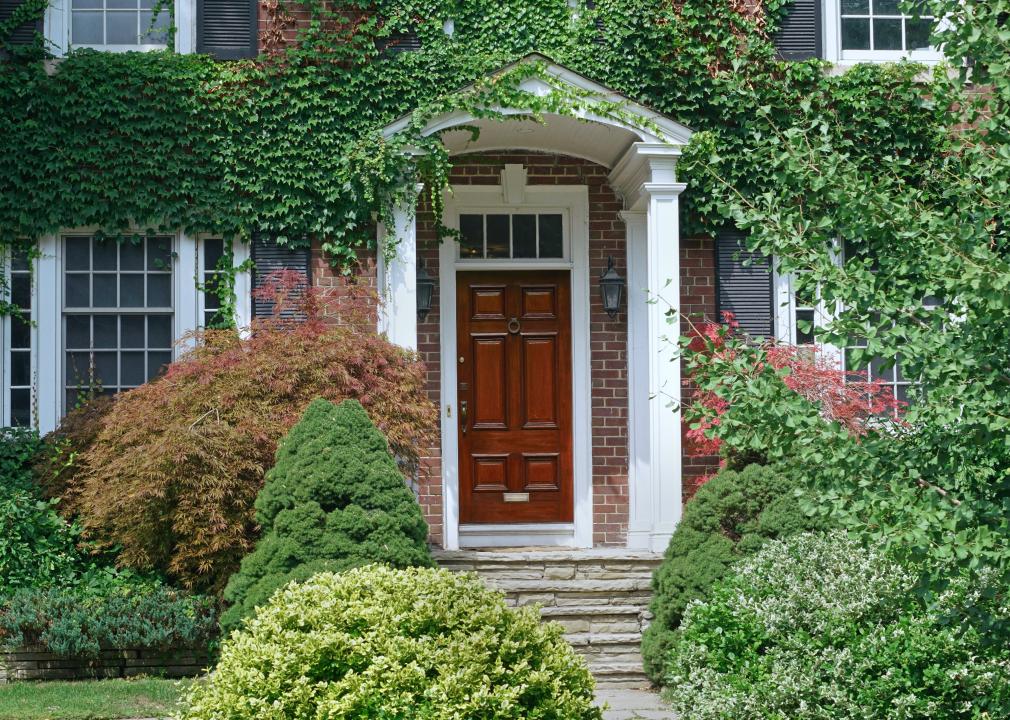 A suburb of Louisville, Indian Hills provides a rural feel while still being accessible to coffee shops and restaurants. Many of the residents in Indian Hills own their own homes, with the median sales price being $573,500. 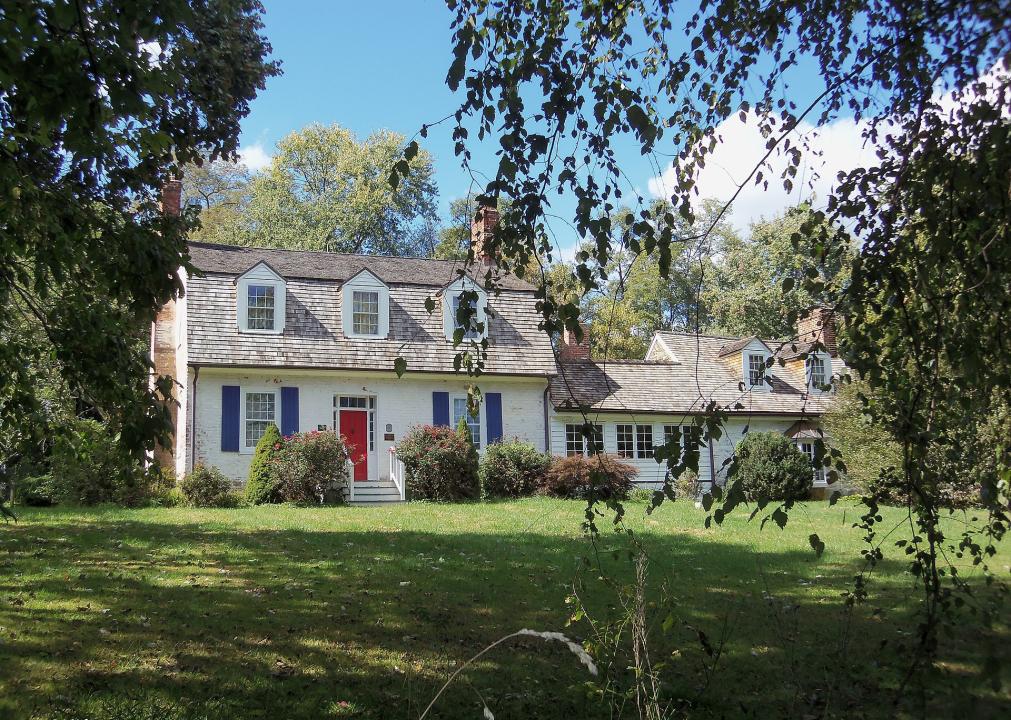 Despite being a small town, Derwood is accessible on the red line of the area’s Metro system, which allows people to commute to and from work in Washington, D.C. Overall, Derwood has a diverse community with 46% of its residents being foreign-born, 33% naturalized, and 53% born in the U.S. Only 15.5% of its residents were born in Derwood. 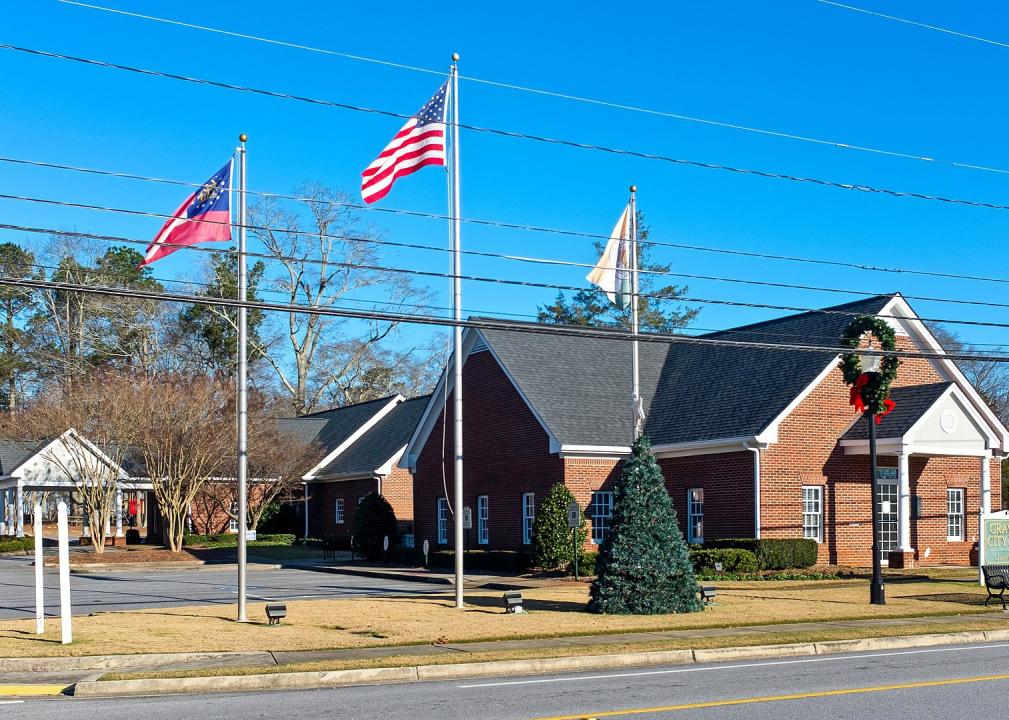 Grayson, a suburb of Atlanta, has quality schools, parks, coffee houses, restaurants, and shopping. Residents in the area are composed of both families as well as single professionals. 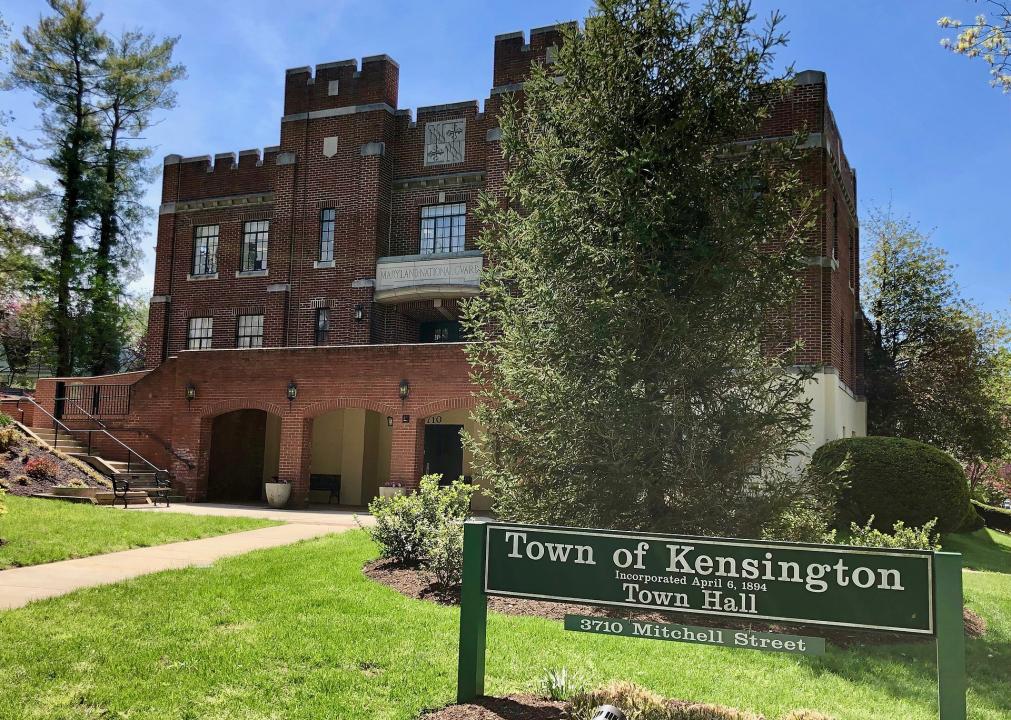 Kensington, located in Montgomery County, has a small town vibe with city accessibility being just a short drive from two Metro stations and close proximity to Washington D.C.’s downtown. Colonial, ranch, and Tudor style homes with the current median home value being $712,500, are situated in the community’s tree-lined streets.

You may also like: Best places to retire on the east coast 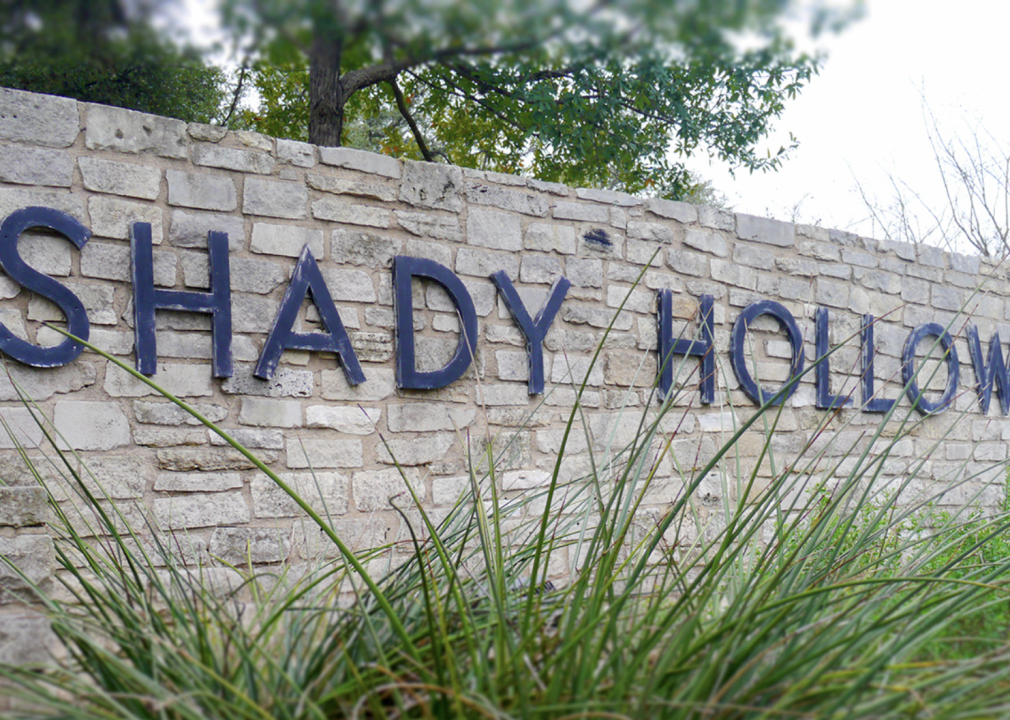 Shady Hollow began as a 600-acre development formed by the Austin Savings and Loan Owners in 1972. In 1978, the Shady Hollow Homeowners Corporation was organized by homeowners who felt there was misrepresentation from the developer. Today, Shady Hollow continues to be a residential community with home sale prices ranging from $500,000 to $1.35 million. 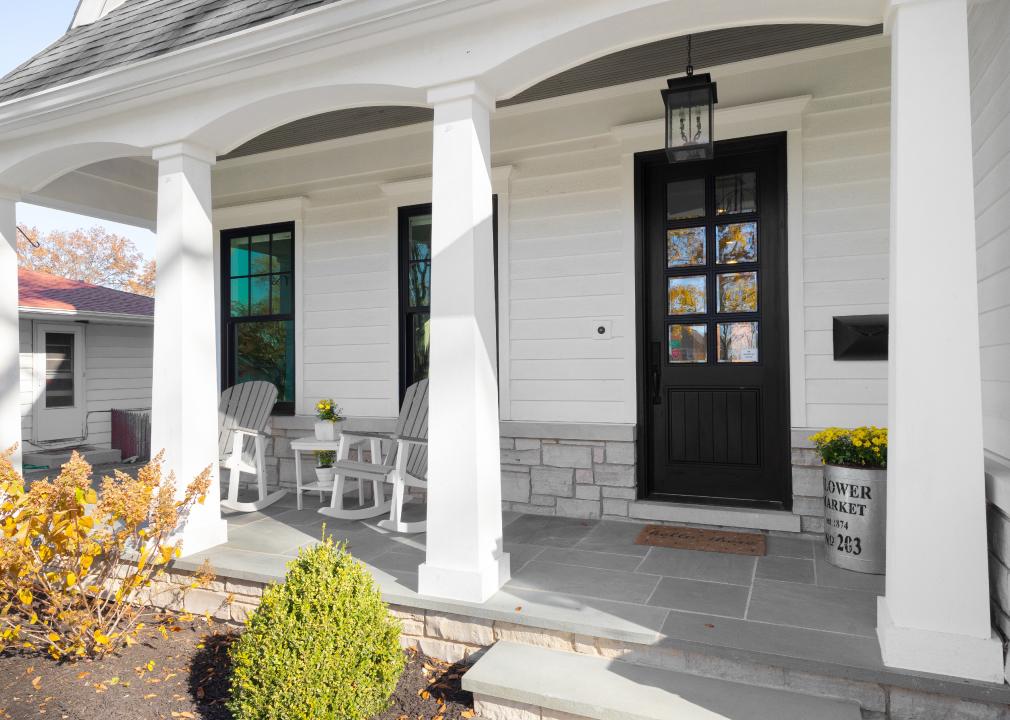 Brookmont is a neighborhood that’s often considered to be a part of its nearby and more popular town, Bethesda. There’s also plenty to do in the nation’s capital, which is just a short drive away. 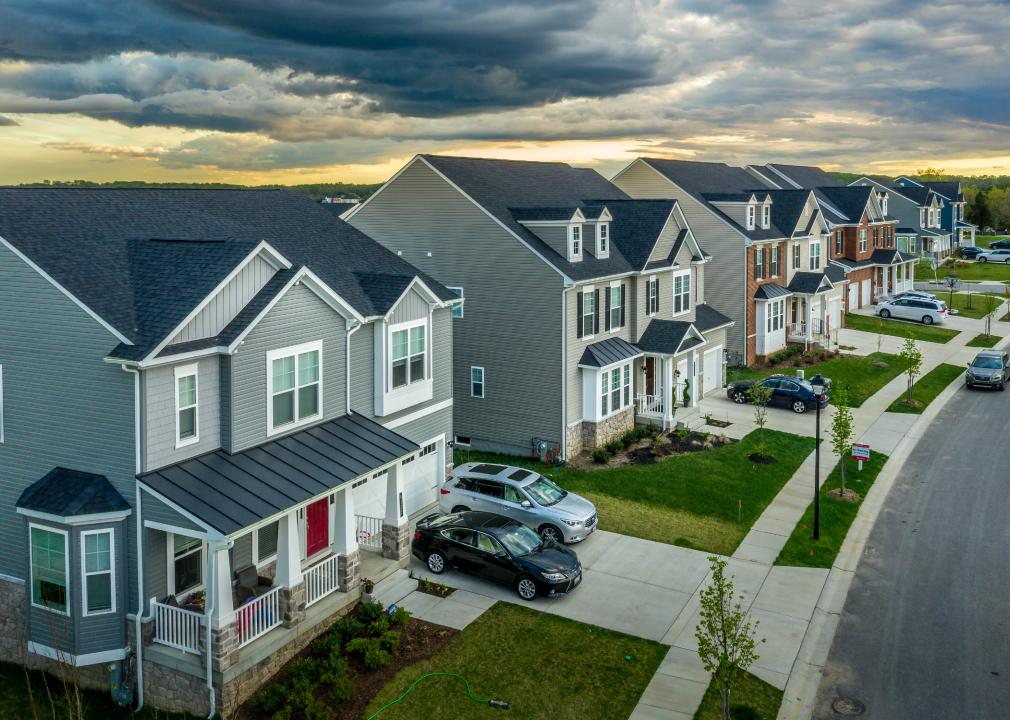 Fulton is a suburb of Baltimore with a strong economy. Many of the residents are gainfully employed and own their own homes. There’s plenty of places to visit within and just outside of Fulton such as Brookside Gardens, an award-winning, 50-acre park in Montgomery County, which is less than a 25-minute drive away from Fulton. 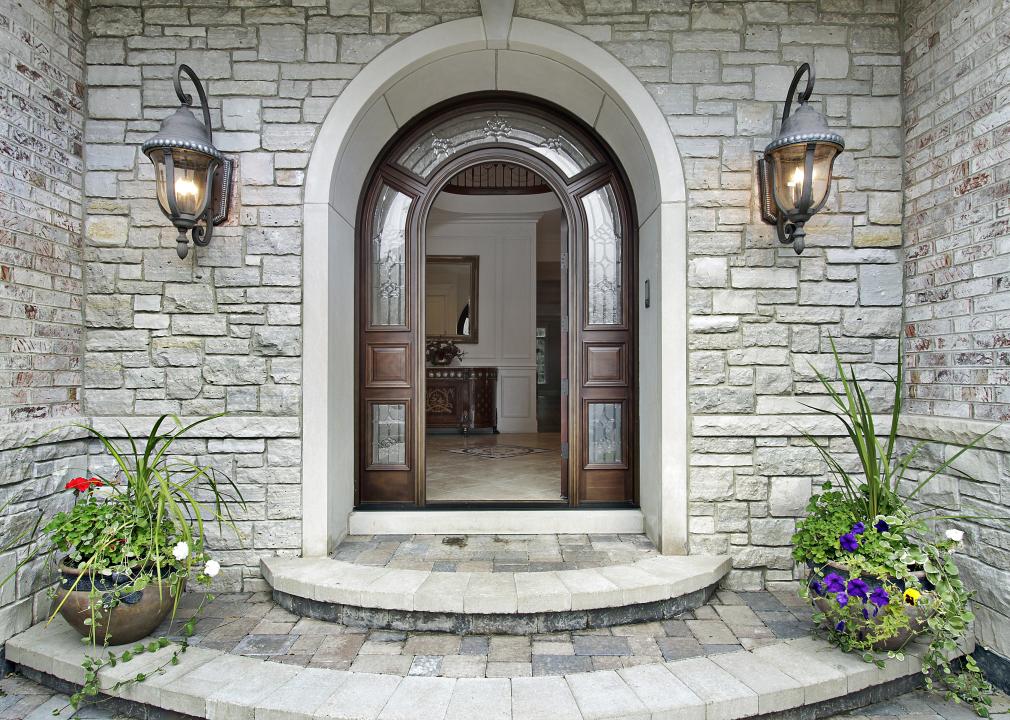 If you’re into outdoor recreation with scenic views, West Lake Hills may be the ideal place for you to set roots. West Lake Hills, a walkable town situated on hilltops, offers residents amazing views of downtown Austin and is within close proximity to entertainment, dining, and shopping. Many of the residents are working professionals who commute to downtown Austin. 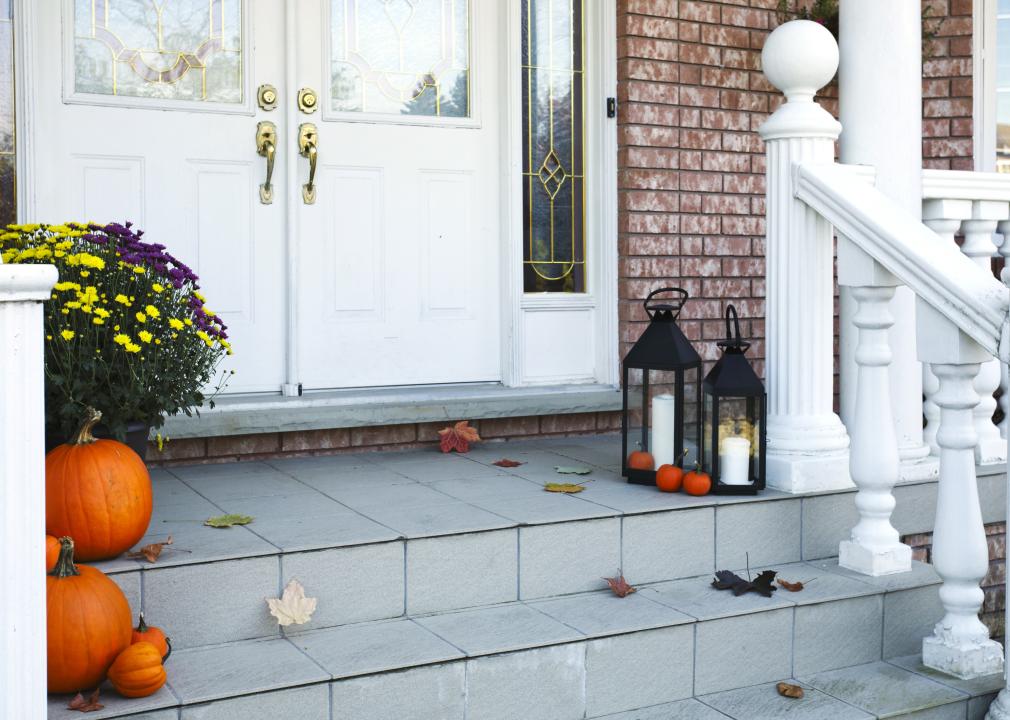 Indian Springs Village, a residential neighborhood just minutes away from downtown Birmingham, provides quality schools, a tight-knit community, and a low crime rate. Most of the residents have good jobs and own their homes. The only catch is, Indian Springs Village, intent on keeping its peaceful small-town vibe, doesn’t have a public transit system. 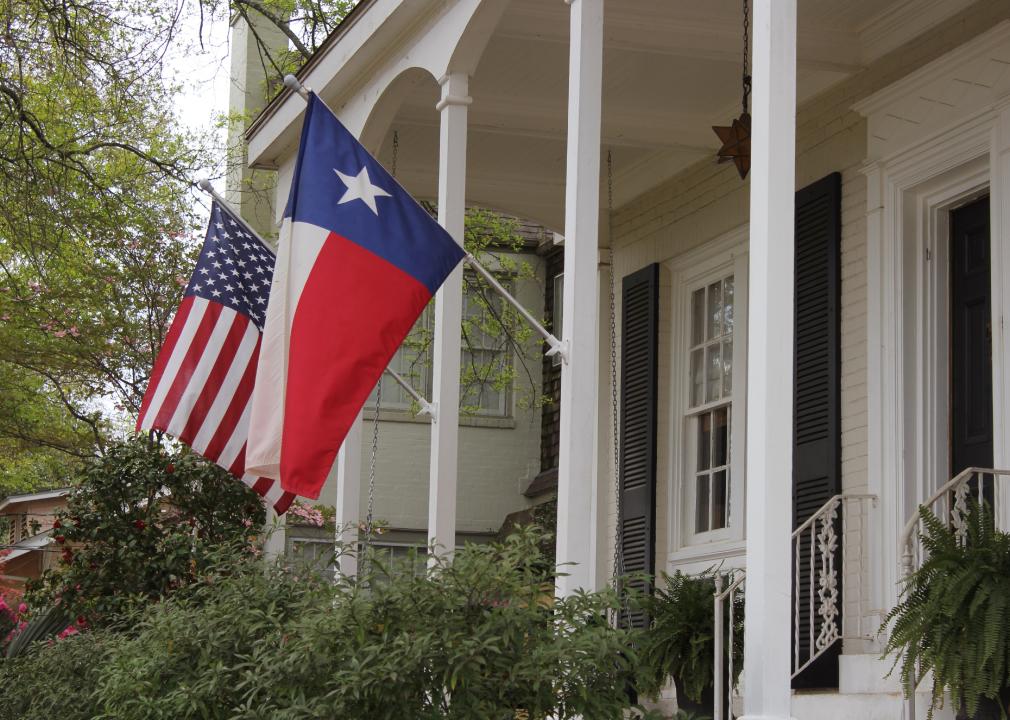 Rollingwood, an affluent neighborhood located just outside of Austin, is an ideal place for those who enjoy outdoor activities. There’s plenty of access to parks and shopping, and visitors can stop by the Austin Nature & Science Center, which provides educational programs and nature exhibits. Many of the homes in Rollingwood were built in the 1950s but have been remodeled so residents can enjoy modern amenities. 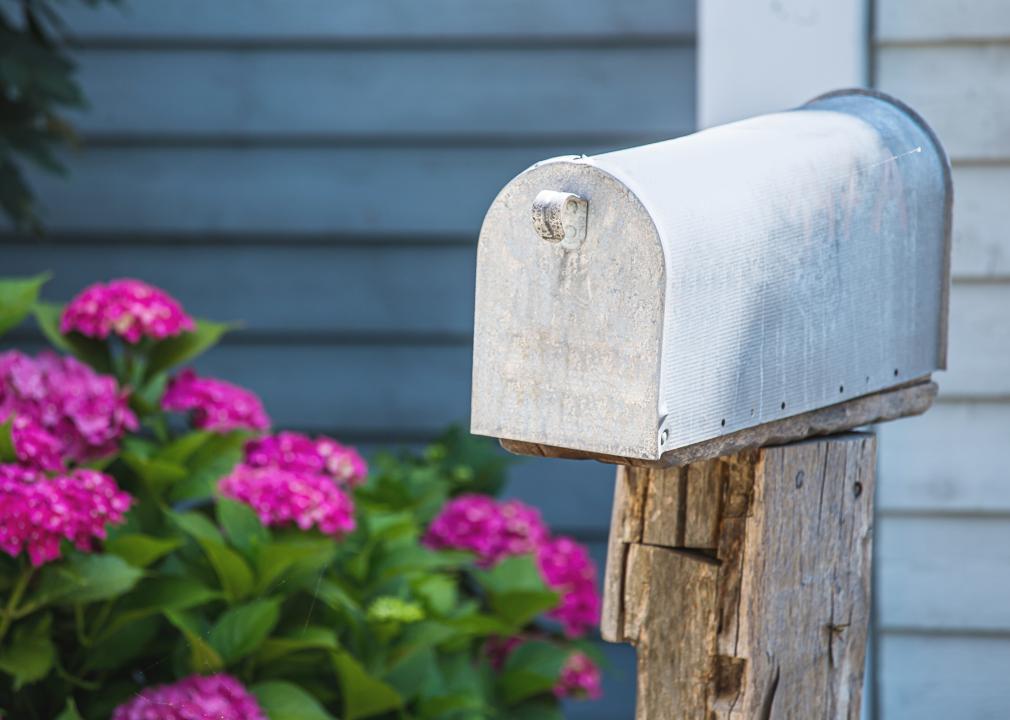 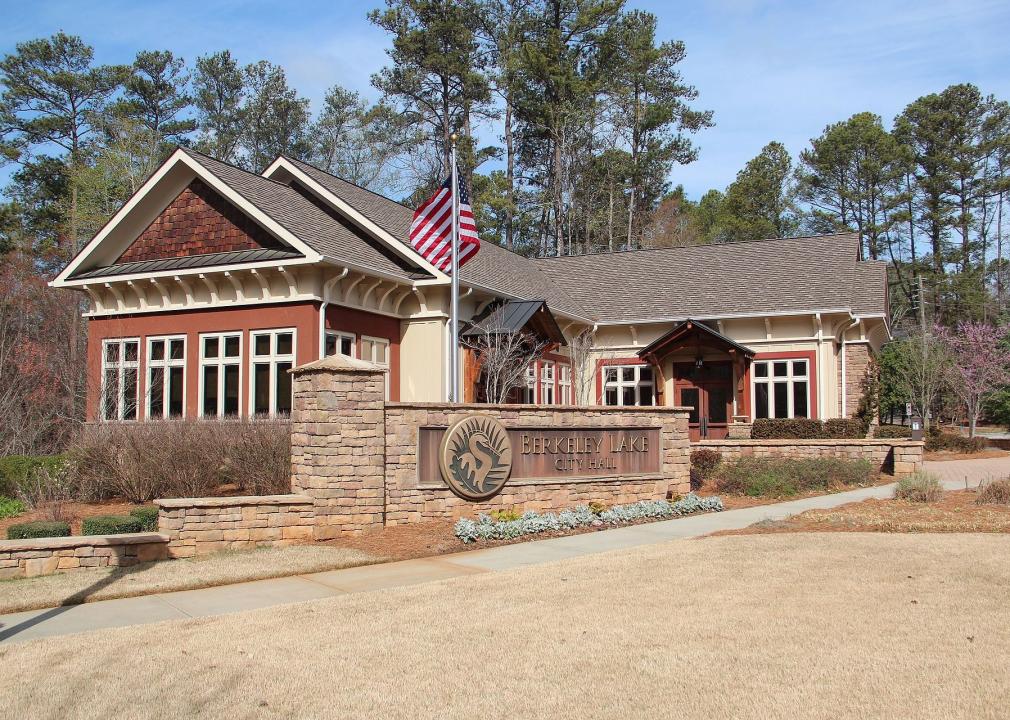 Berkeley Lake, developed by Frank Coggins in 1948, is one of the largest dams in all of Georgia. For several years, Berkeley served as a summer retreat with fishing cottages nestled among permanent residences. Fast forward years later and Berkeley Lake is a city composed mostly of college-educated professionals, where most of the residents own their homes. It’s an ideal location for families to settle with the low crime rate and quality school system. 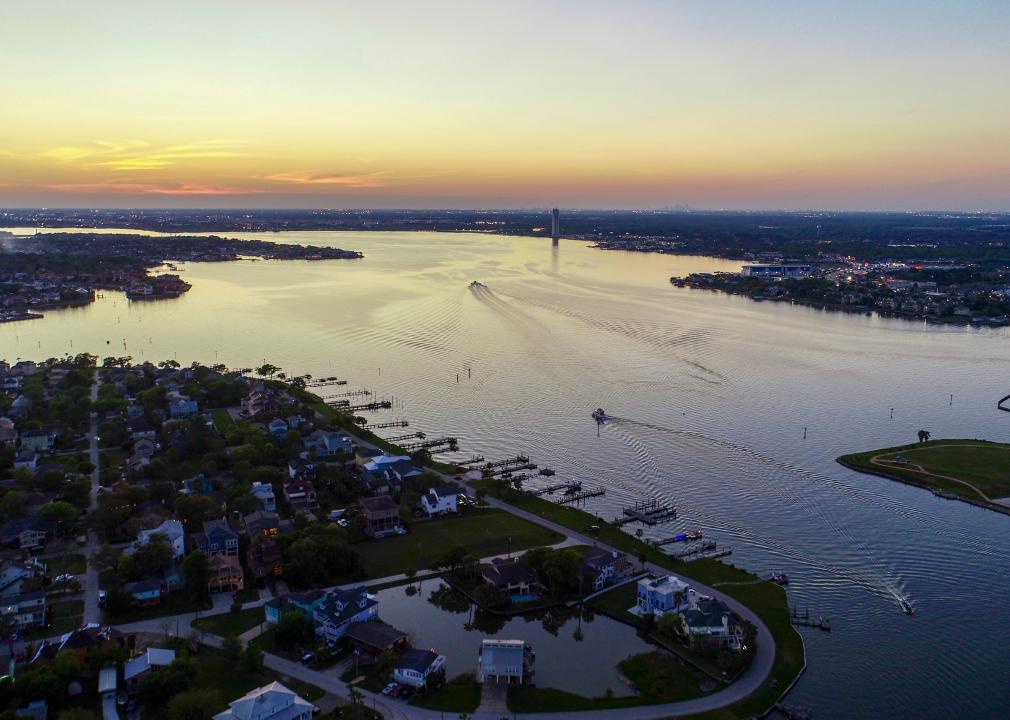 Nassau Bay, a small community in the suburbs of Houston, is home to the NASA Johnson Space Center. Residents in the area include astronauts, space professionals, and young professionals who work in the computer industry. The neighborhood is also home to the annual Wings Over Houston Airshow where attendees get a view of military and civilian aircraft demonstrations held at the Ellington International Airport. 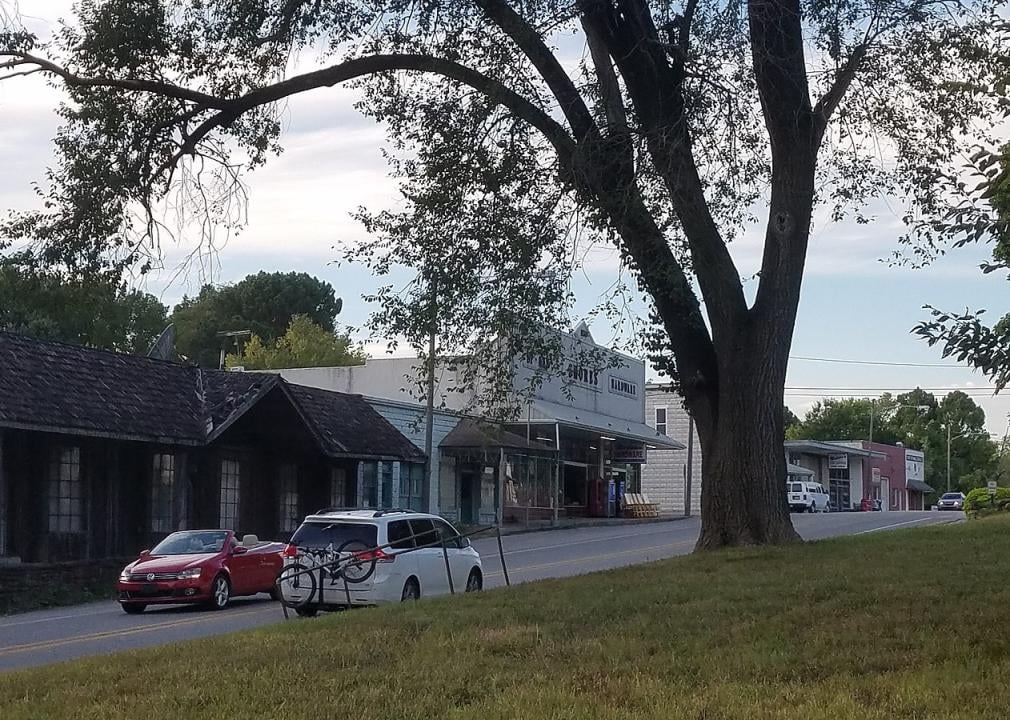 Cave Springs, a fast-growing city in Ozark Mountain, has a lot to offer for those considering moving to the South. Many of the residents in the area have a college education with the average individual salary at $62,621, a high homeownership rate, and quality schools. As of January 2022, the average home in Cave Springs cost $439,000.