Best 2022 Oscar-nominated movies, according to critics 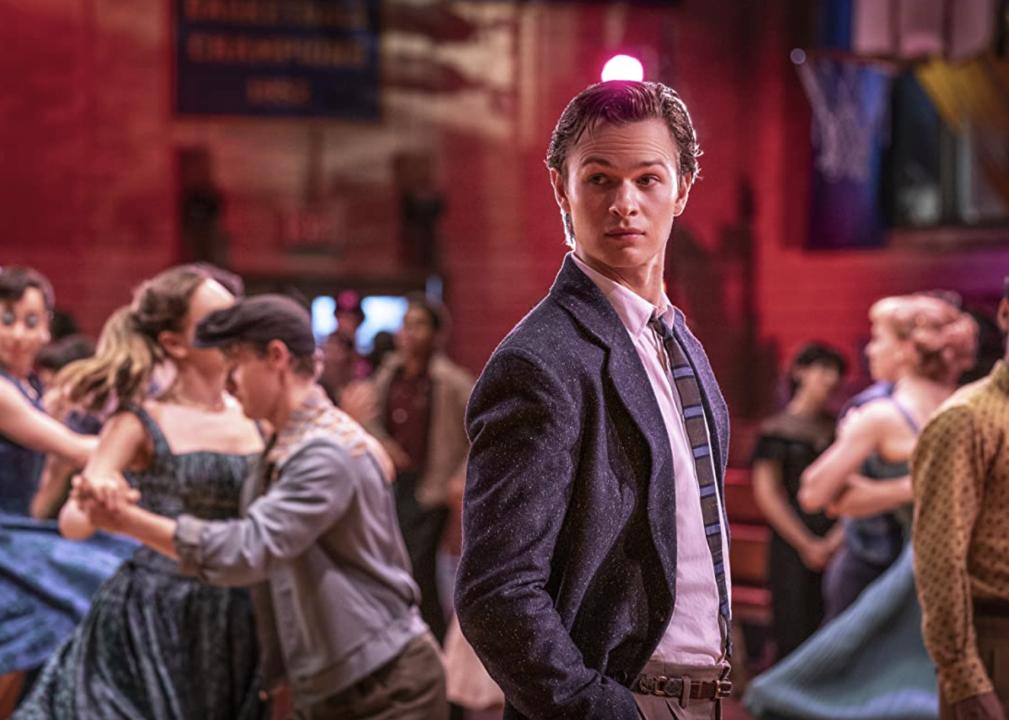 Best 2022 Oscar-nominated movies, according to critics

While not exactly the comeback Hollywood was hoping for, 2021 still represented a marked improvement over the preceding year. In terms of Oscar contenders, the major categories are once again primarily occupied by independent films that remain overlooked by the public at large. Even potential blockbusters such as “Nightmare Alley” and “West Side Story”—both in the running for Best Picture—fell far short of their commercial expectations. Showing greater signs of life is Denis Villeneuve’s “Dune,” which fared better at the box office and racked up 10 Oscar nominations (including Best Picture).

Behind the scenes, the Academy itself is in the midst of its own Hollywood-style drama. Numerous outlets have reported in-fighting over the decision to cut certain awards from the live telecast, including Best Editing, Best Original Score, and Best Animated Short. What appears to be an attempt to boost ratings feels somewhat misguided, at least when compared to the option of nominating films such as “Spider-Man: No Way Home” for Best Picture. More than the year’s biggest success story, the superhero flick has earned impeccable ratings across the board, including an audience score of 98% on Rotten Tomatoes. It might have to settle instead for the newly introduced Oscars Fan Favorite Award, presuming it wins in that category.

Problems notwithstanding, the Academy Awards still functions as a solid indicator of cinematic quality. This time around, it’s shining a light on international films such as Ryûsuke Hamaguchi’s “Drive My Car” and Joachim Trier’s “The Worst Person in the World.” On the homefront, Paul Thomas Anderson’s “Licorice Pizza” and Jane Campion’s “The Power of the Dog” deliver provocative alternatives to the standard tentpole release. Whether or not their respective Oscar buzz will drive up viewership remains a different story, but it certainly can’t hurt.

Stacker looked at the Metascores for all 2022 Oscar-nominated films and ranked the top 25, according to Metacritic. IMDb user ratings are provided for popular context.

You may also like: Best and worst Leonardo DiCaprio movies 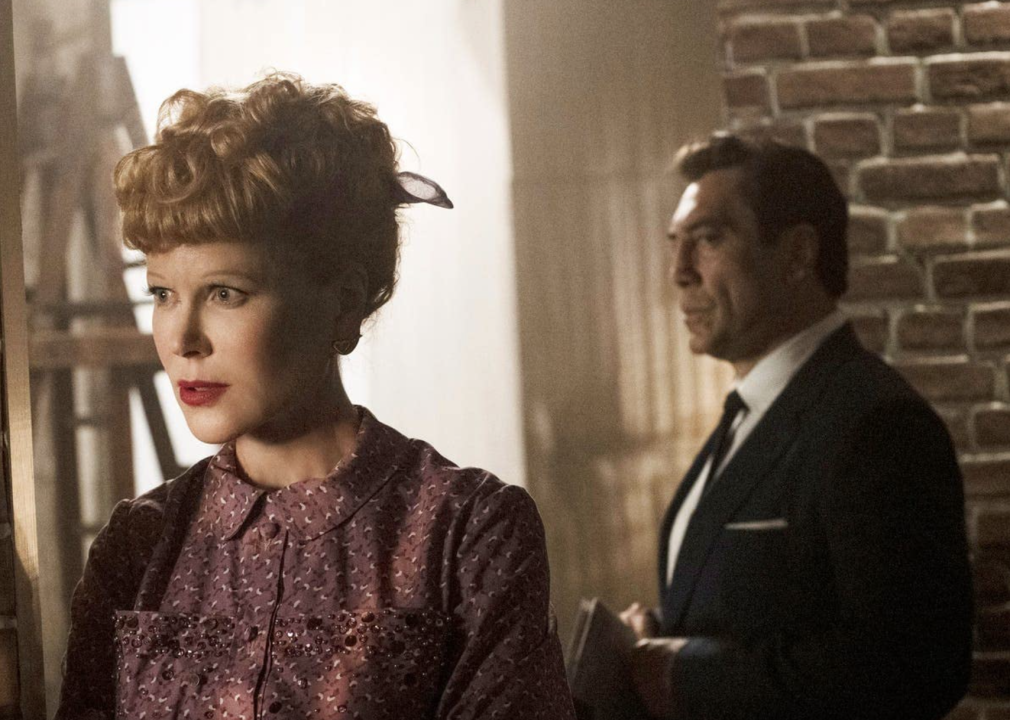 Aaron Sorkin’s third directorial effort goes behind the scenes of “I Love Lucy” during a particularly tumultuous week. It moves at the kind of brisk pace viewers have come to expect from the award-winning screenwriter turned filmmaker. Stars Nicole Kidman, Javier Bardem, and J.K. Simmons earned critical accolades and three Oscar nominations for their respective performances. 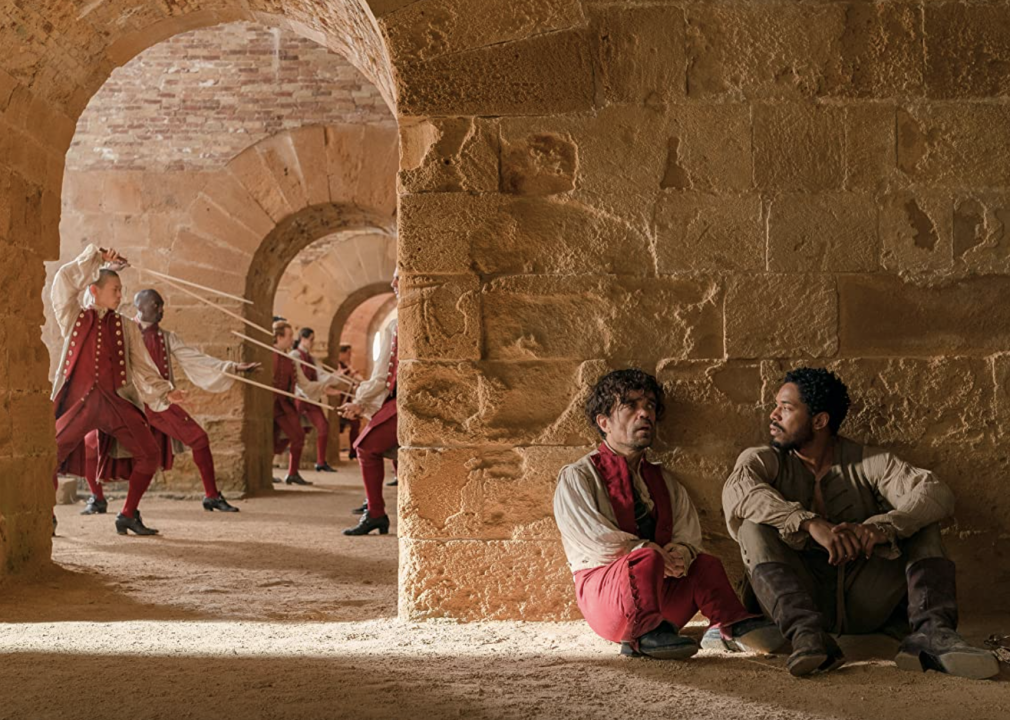 Writer Erica Schmidt adapted her own hit play—which was based on a previous play—when penning the script for this musical romantic drama. It tells the story of master wordsmith Cyrano de Bergerac (Peter Dinklage), who ghostwrites love letters for another man and betrays his own longings in the process. No stranger to historical settings, director Joe Wright brings 17th-century France to life through lush backdrops and Oscar-nominated costume design. 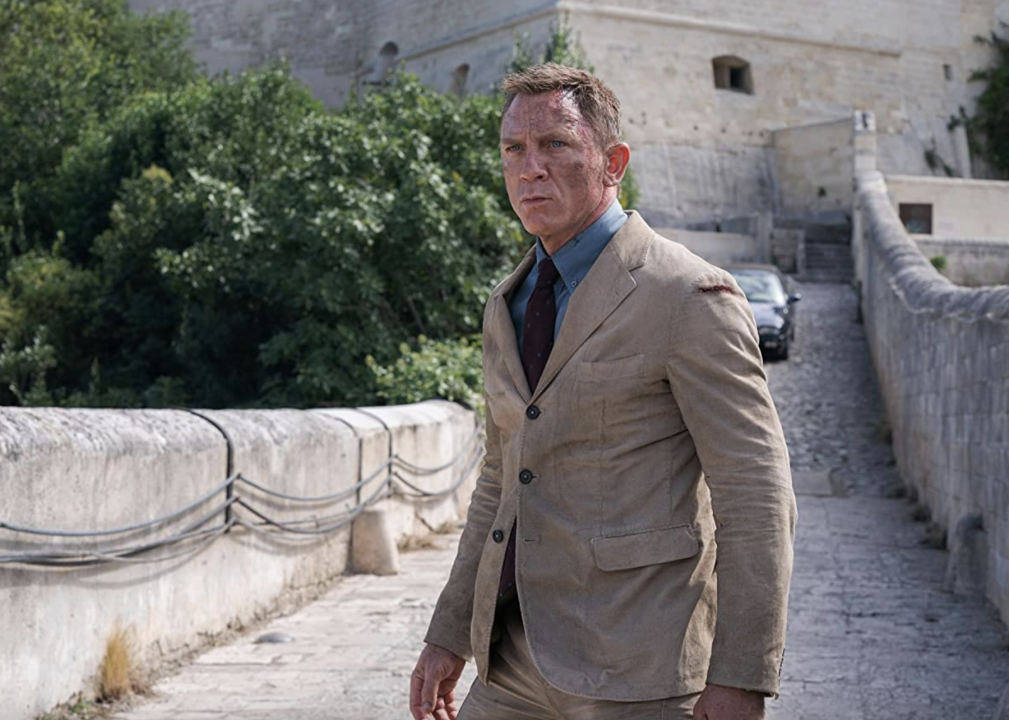 After numerous setbacks and delays, the 25th James Bond film arrived in theaters to respectable but slightly disappointing box office numbers. It brings Agent 007 (Daniel Craig) out of retirement and pits him against a tech-savvy supervillain (Rami Malek). One of its three Oscar nominations went to Billie Eilish for her theme song “No Time to Die,” co-written with her brother Finneas O’Connell.

Guillermo del Toro’s latest effort is one of the year’s best tentpole releases that only (relatively) few people saw. Set in 1939, it follows a mysterious drifter (Bradley Cooper) as he takes on the life of a master con artist. Initially released in color, it was then rereleased in black and white. It’s been nominated for four Oscars, including Best Picture. 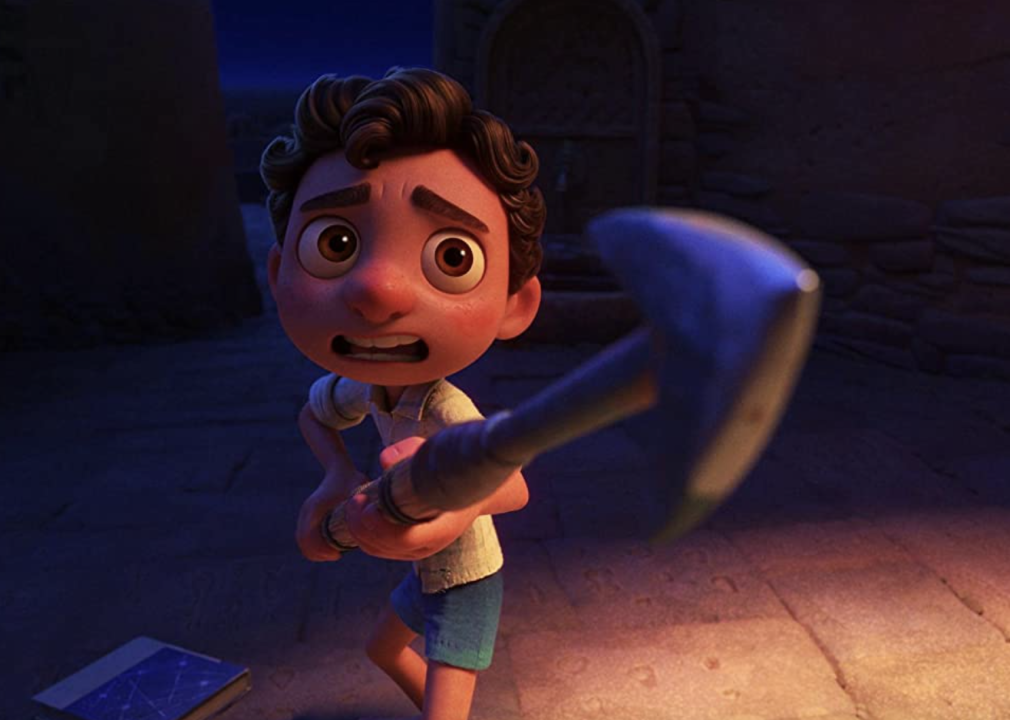 This computer-animated adventure takes place during the summer on the Italian Riviera in 1959. At the heart of the story are two young friends, one of whom happens to be a magical sea monster in disguise. While not as acclaimed as other Pixar films, it nevertheless features stunning animation and vital coming-of-age themes. 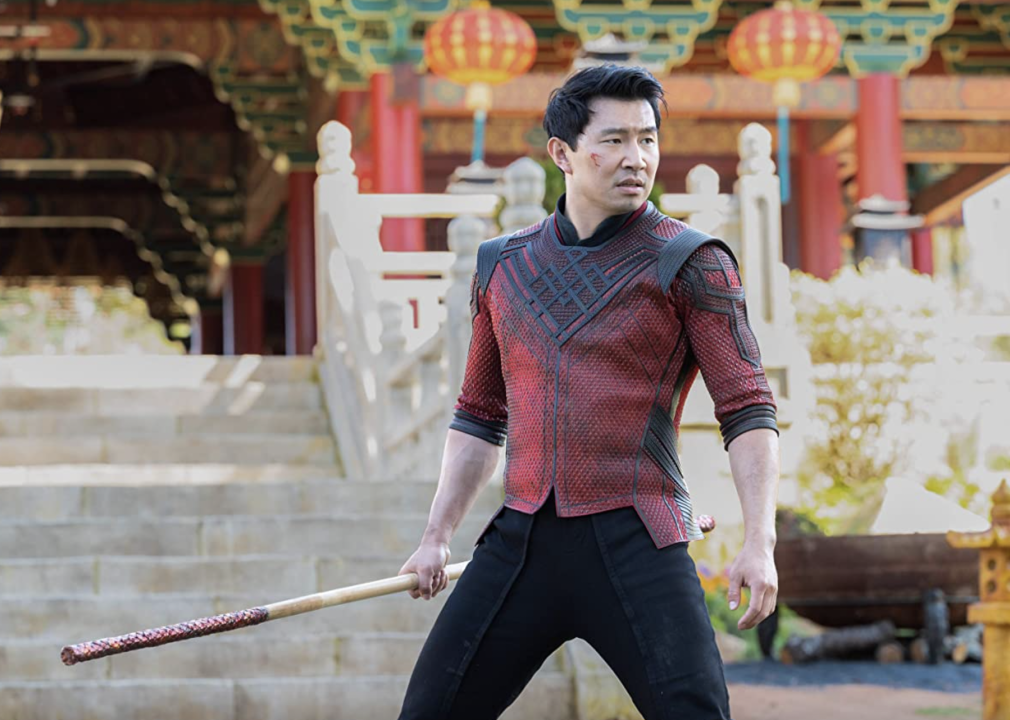 Trained as an assassin, martial arts master Shang-Chi (Simu Liu) is drawn back into the violent world he tried to leave behind. The Marvel outing was released exclusively in theaters, where it became the biggest Labor Day weekend opener in history and one of the highest-grossing films of the COVID-19 pandemic. It’s been nominated for an Academy Award for Best Visual Effects. 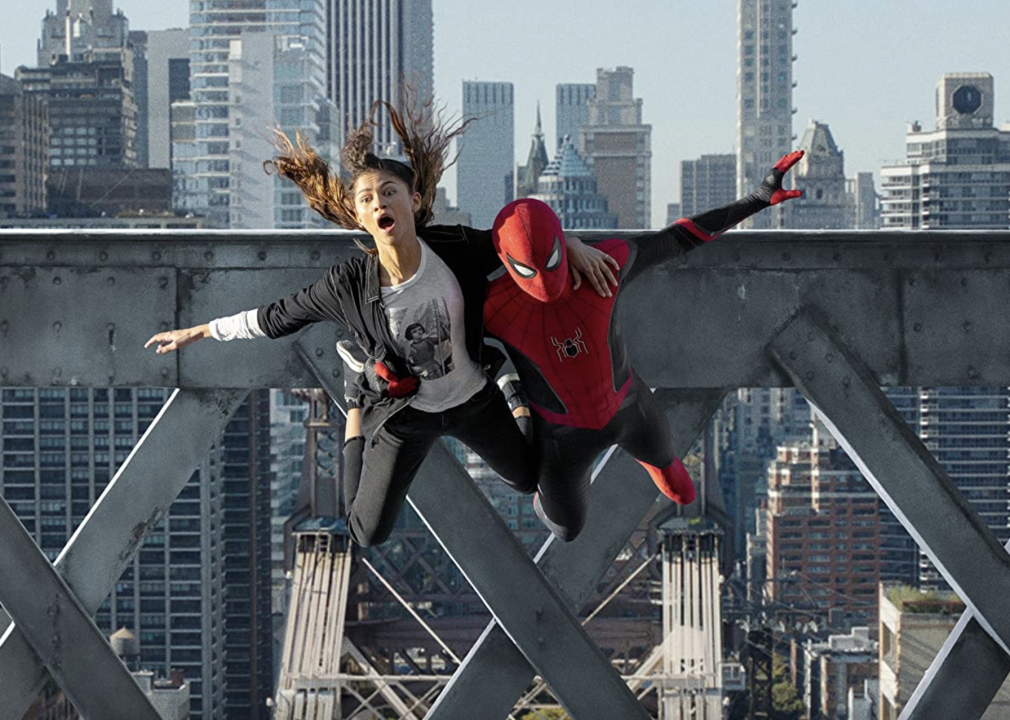 With a worldwide box office haul of over $1.8 billion, the latest Spider-Man adventure remains the foremost blockbuster of the COVID-19 pandemic era. It finds the web-slinging superhero (Tom Holland) performing damage control after the metaverse cracks open and unleashes chaos. Public figures such as Jimmy Kimmel have argued that the film easily deserved an Oscar nomination for Best Picture. Instead, it received just one nomination for Best Visual Effects. 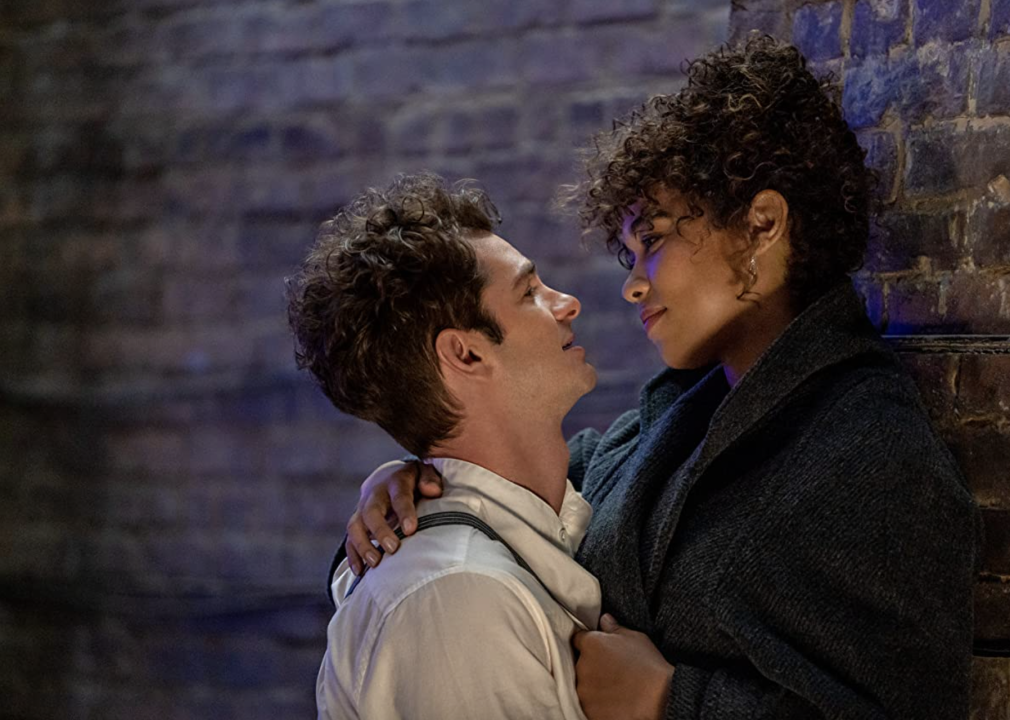 Lin-Manuel Miranda’s directorial feature adapts Jonathan Larson’s semi-autobiographical stage musical of the same name. Andrew Garfield delivers an Oscar-nominated turn as Larson, who must overcome a sea of struggles as he pursues a career in theater. Writing for Entertainment Weekly, critic Jessica Derschowitz called it “a totem for the thrills and trials of making art, with all the sacrifices and empathy it requires.” 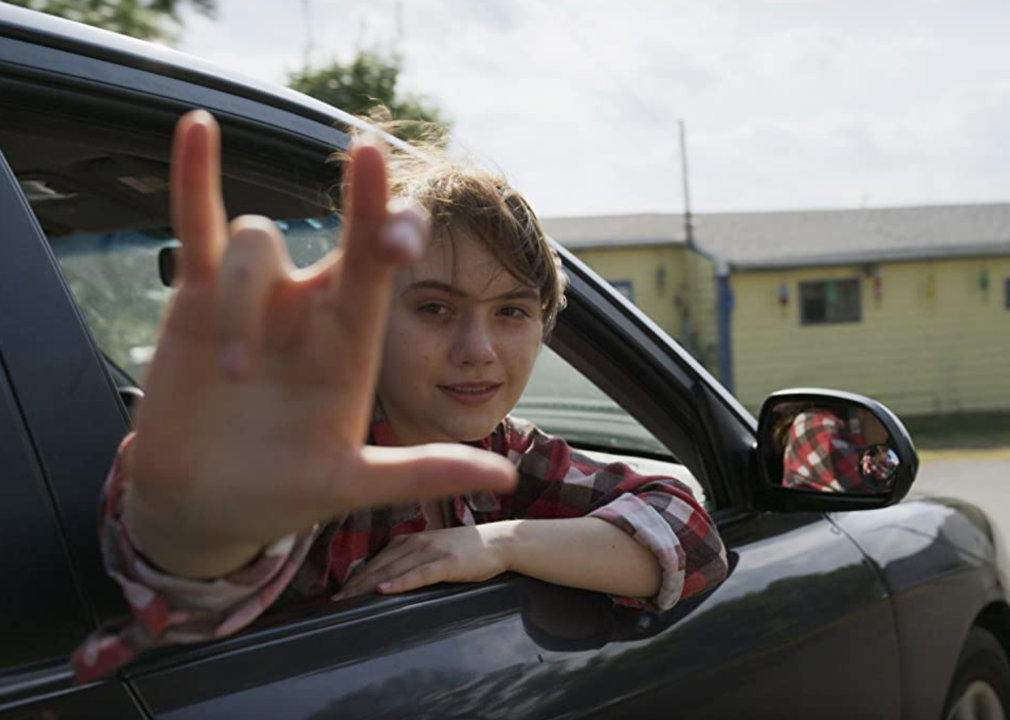 CODA stands for “Child of Deaf Adults” and pertains to the central character (Emilia Jones) in this acclaimed dramedy. The only hearing person in an otherwise deaf family, her ambitions as a singer could come at a great personal cost. It scored a record-breaking deal at Sundance and then simultaneously rolled out in theaters and on Apple TV+. Three Oscar nominations would follow, including one for Best Picture. 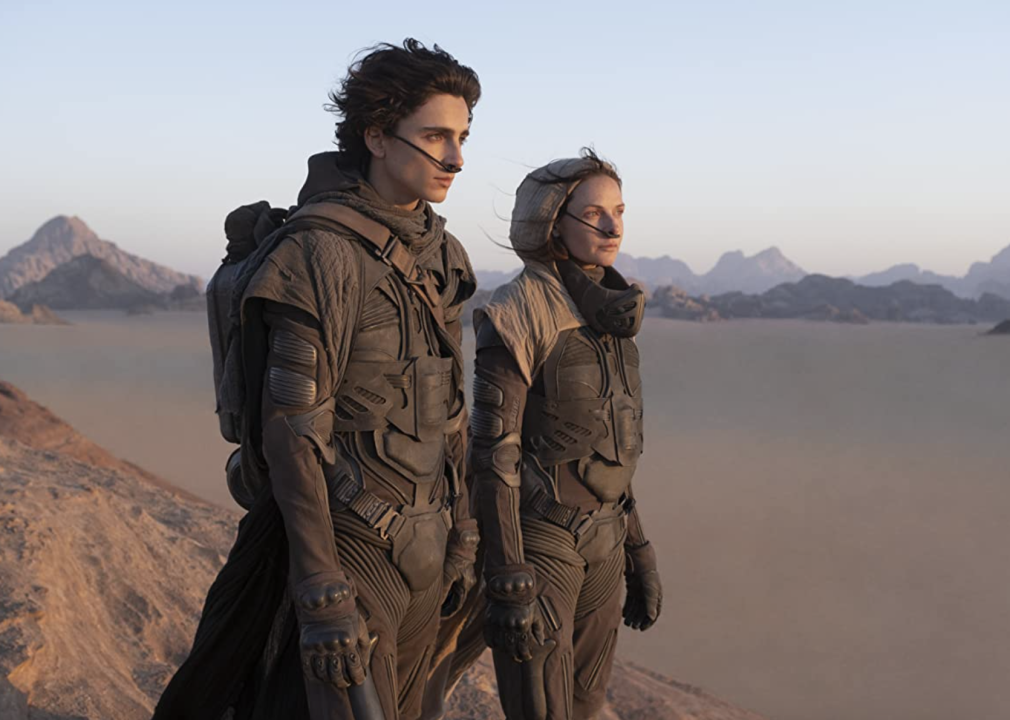 Frank Herbert’s sci-fi masterpiece burst to life on the big screen with help from director Denis Villeneuve and a talented cast. Set in the distant future, it pits various entities against one another over control of a powerful and precious resource. It’s been nominated for a whopping 10 Academy Awards, including Best Picture. A sequel is already in the works.

You may also like: Movie trivia for the top 100 films of all time 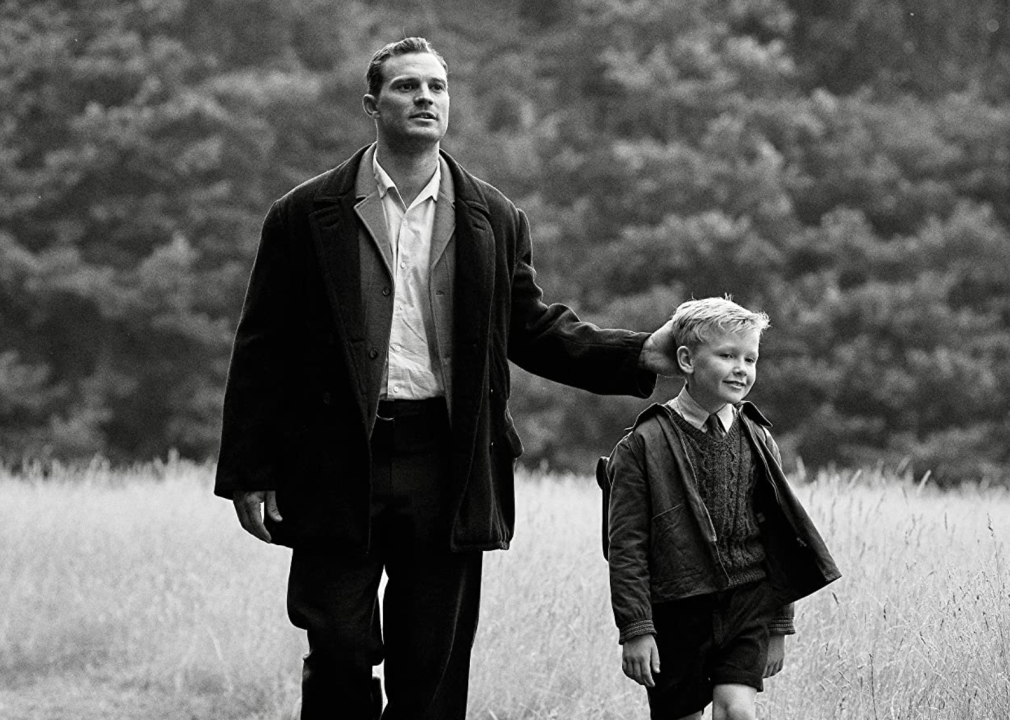 Irish-born British filmmaker Kenneth Branagh revisits his own youth in this semi-autobiographical drama. Against the tumultuous backdrop of 1960s Belfast, a young working-class boy (Jude Hill) comes of age. Of its seven Oscar nominations, three are in major categories: Best Picture, Best Director, and Best Screenplay. 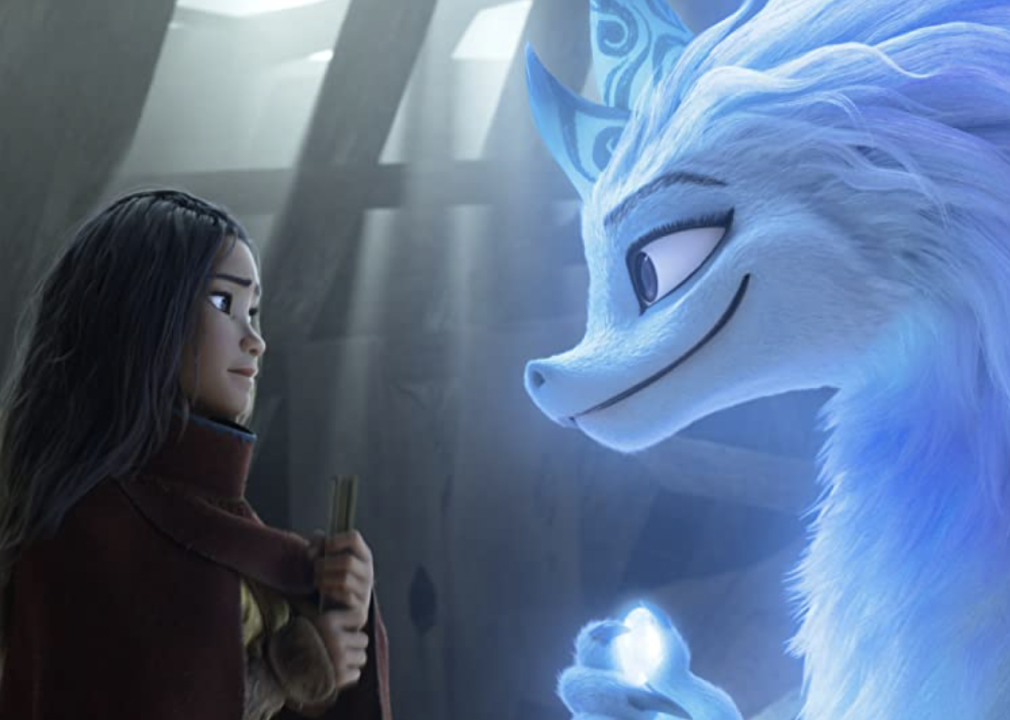 “A visual feast” is how critic Michael O’Sullivan described this computer-animated fantasy in his review for The Washington Post. Set in a mystic, earth-like realm, the film follows young Raya (voiced by Kelly Marie Tran) on her quest to find the last living dragon. The production team overcame various obstacles when making the film, adapting to the pandemic as they switched to a remote working environment. It’s been nominated for Best Animated Feature. 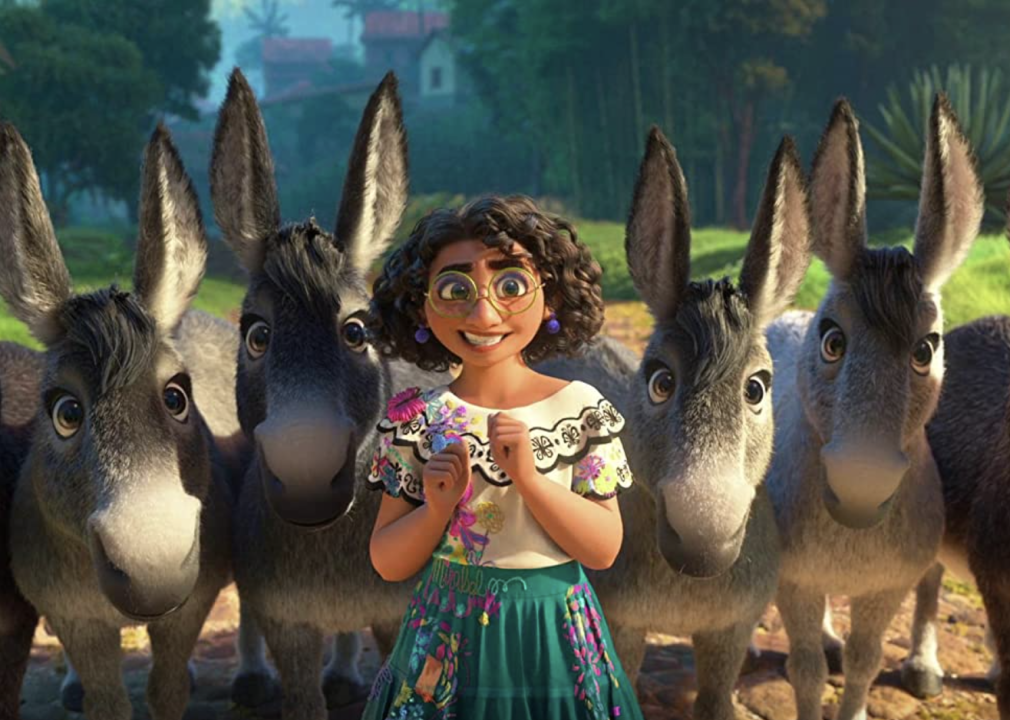 Set in the mountains of Colombia, this computer-animated fantasy tells the story of a family where every member has a magic power. Well, every member except Mirabel, who embarks on a life-changing journey. The Lin-Manuel Miranda-penned tune “We Don’t Talk About Bruno” has become Disney’s longest-running chart-topper in the studio’s history. 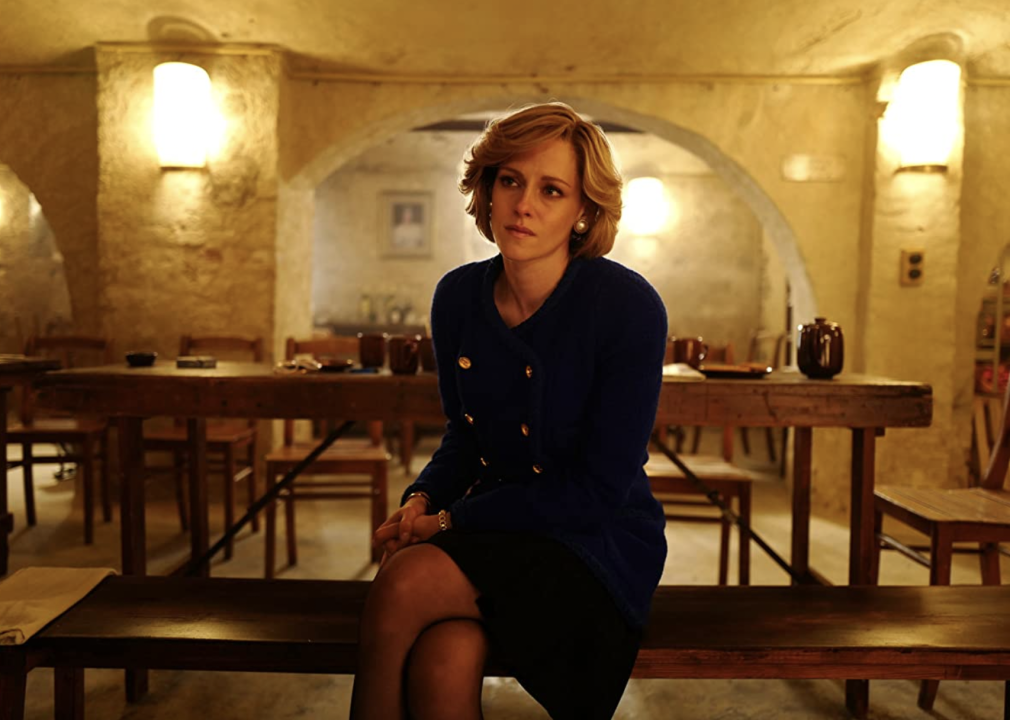 Kristen Stewart delivers an Oscar-nominated performance as Princess Diana in this fictionalized biopic. It reimagines three days of Diana’s life through a psychological and melodramatic lens, offering a unique perspective on the famous figure. While many critics heaped praises upon the film, audiences have been less receptive. Radiohead’s Johnny Greenwood composed the score. 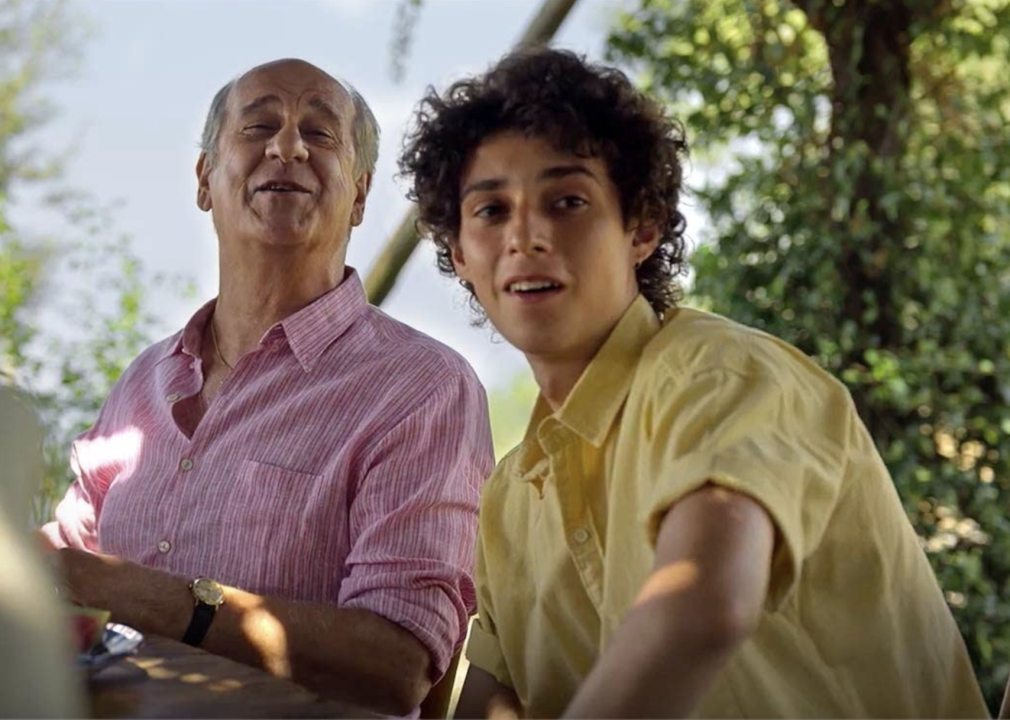 Filmmaker Paolo Sorrentino drew upon personal experience when crafting this rich coming-of-age drama, set in 1980s Naples. It centers on young Fabietto Schisa (Filippo Scotti), whose future is forged through a series of unpredictable events. Winner of the Grand Jury Prize at the Venice Film Festival, it will compete for Best International Feature Film at the Academy Awards. 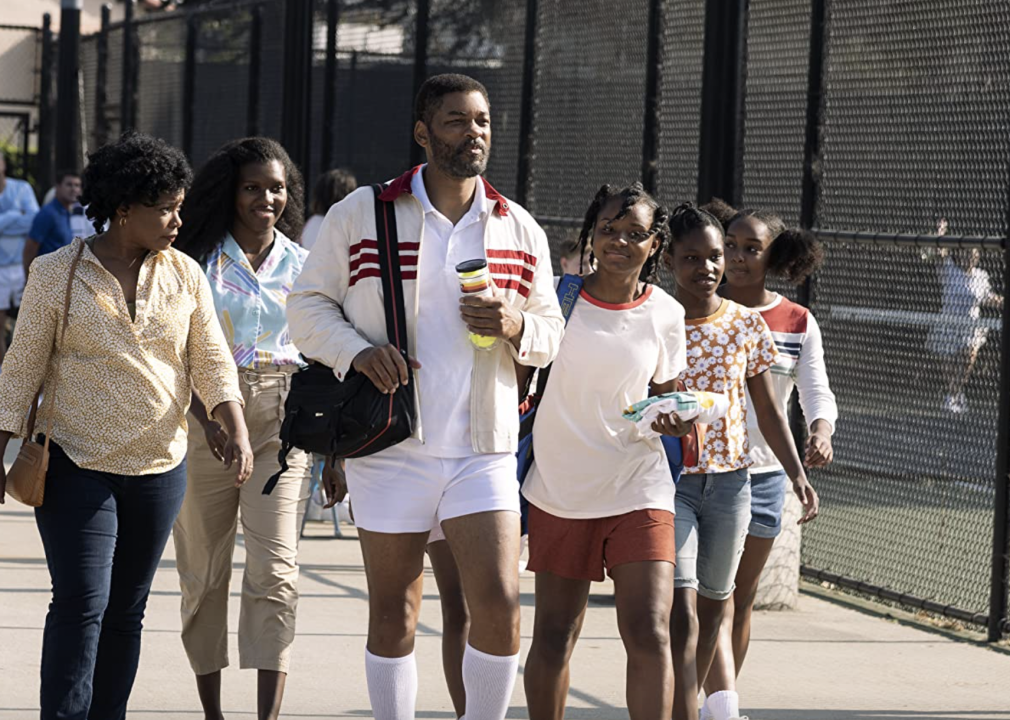 This acclaimed biopic chronicles the hard-earned rise of tennis legends Venus and Serena Williams. Pushing them to glory is their father Richard (played by Will Smith), who sticks to a game plan in spite of various obstacles. Many think Smith is a shoo-in for Best Actor, which would deliver him his first-ever Academy Award. As a producer on the film, he’s also in contention for Best Picture. 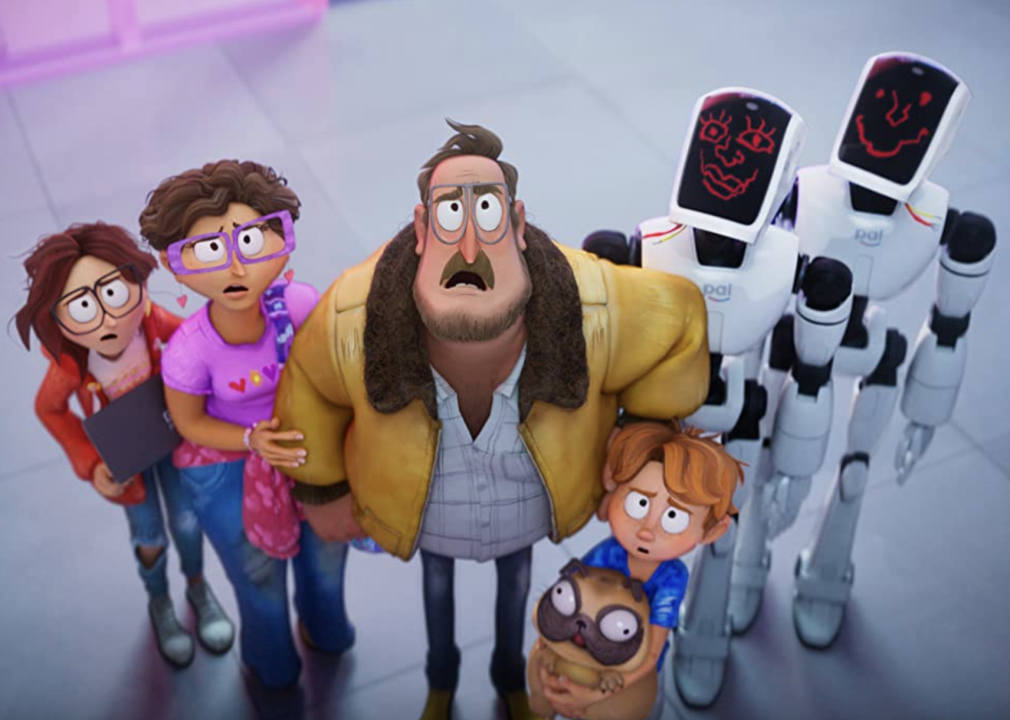 This computer-animated romp was co-produced by Phil Lord and Christopher Miller, helmers of “The Lego Movie” and “Cloudy with a Chance of Meatballs.” It depicts the adventures of a quirky family, whose dysfunctional road trip is uprooted by the robot apocalypse. Originally scheduled for wide theatrical release, it appeared only in select theaters before landing on Netflix. 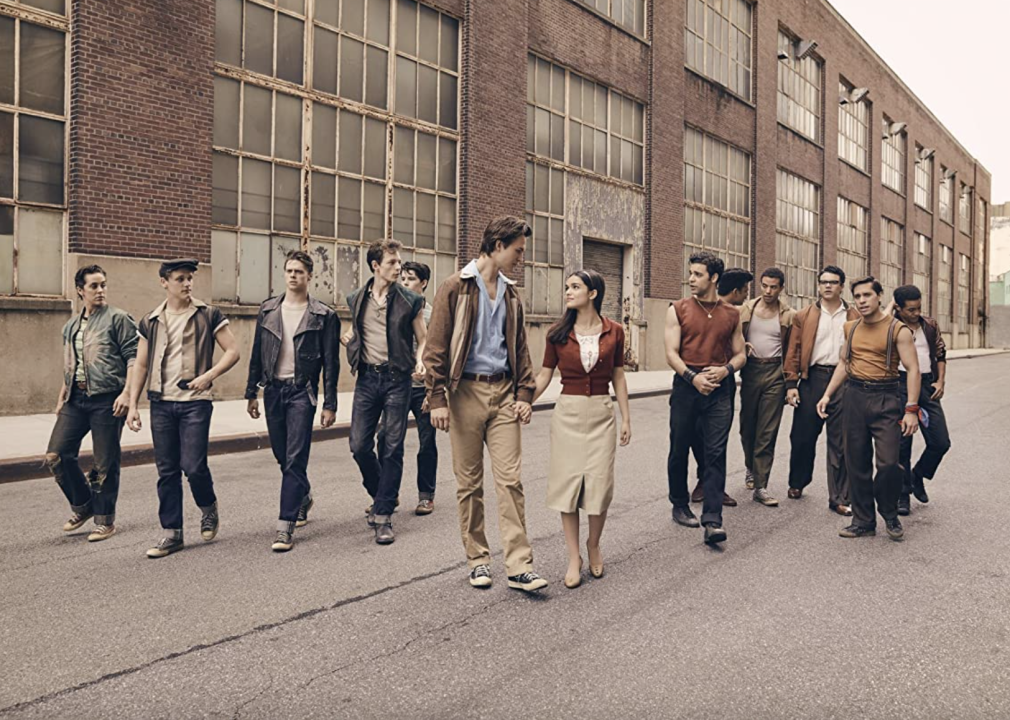 Steven Spielberg’s update of a classic musical incorporates modern themes and finds the iconic director in top form. Despite widespread critical acclaim, it famously underperformed at the box office. Witness the reimagined love story between two young dreamers (Ansel Elgort and Rachel Zegler) on opposite sides of a gang war. It’s been nominated for seven Academy Awards, including Best Picture and Best Director. 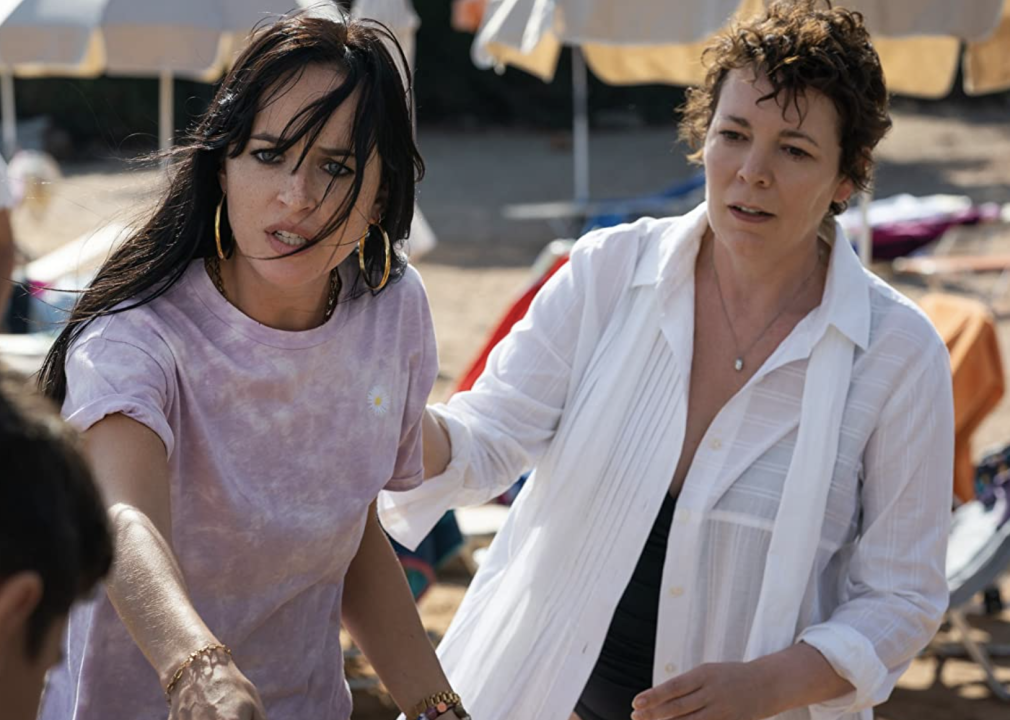 Maggie Gyllenhaal adapted an acclaimed Italian novel for her feature directorial debut. It tells the story of a college professor (Olivia Colman), who’s forced to confront her troubled past during a seaside vacation. One of the film’s three Oscar nominations went to Gyllenhaal for Best Adapted Screenplay. 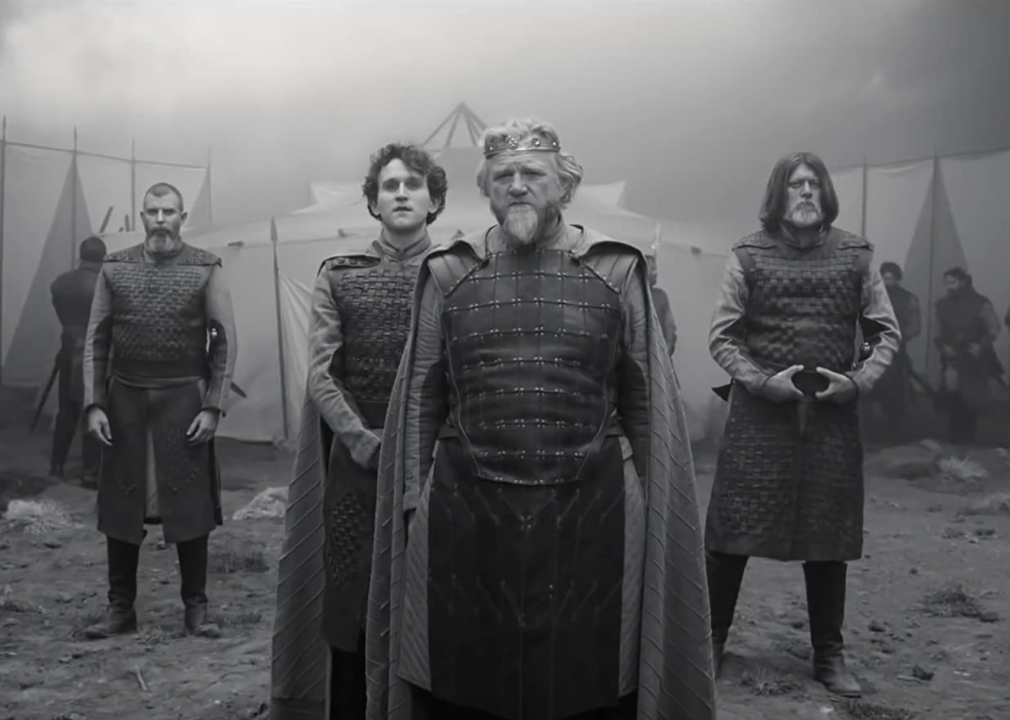 The latest in a long line of “Macbeth” adaptations is the first film from Joel Coen without brother Ethan. Presented in a dark, expressionist style, it follows a Scottish Lord (Denzel Washington) and his wife (Frances McDormand) as they seize power by whatever means necessary. Critic Simran Hans cited a “cold, abstract beauty” in her review for The Guardian. It earned three Academy Award nominations, including Best Actor for Washington. Two single mothers (Penélope Cruz and Milena Smit) give birth in the same hospital on the same day and forge a unique connection thereafter. Cruz took home the Volpi Cup for Best Actress at the Venice Film Festival before scoring an Oscar nomination in the same category. The film currently holds a score of 97% on the Rotten Tomatoes Tomatometer and a Metascore of 88. 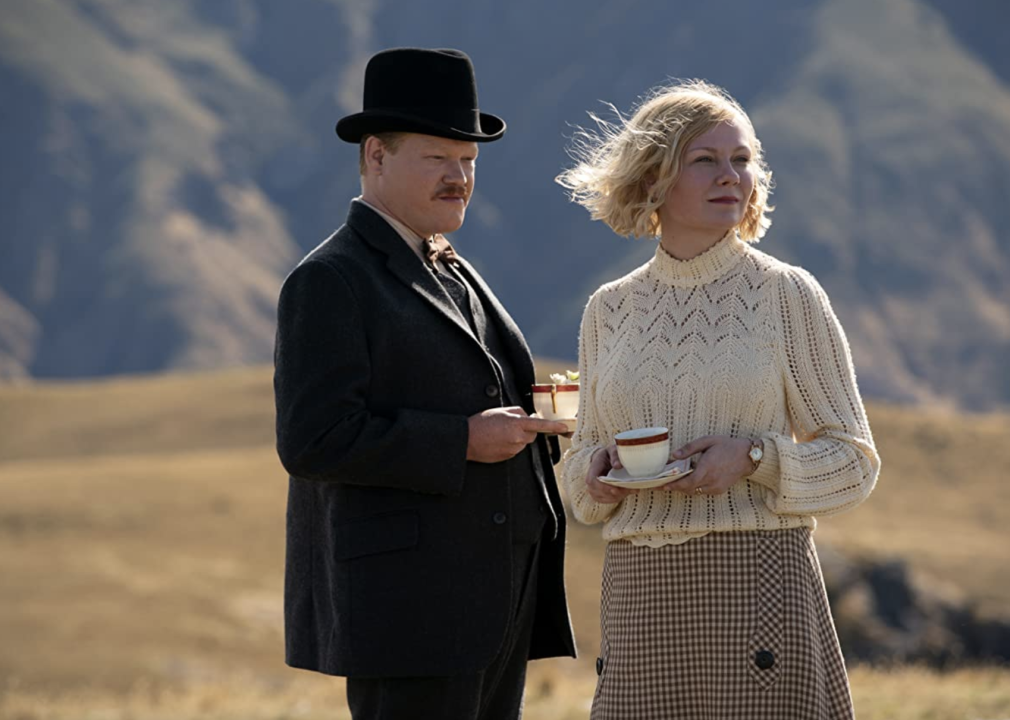 Jane Campion’s brooding Western upends genre tropes by way of its central character, a masculine rancher (Benedict Cumberbatch) with secret desires. The story plays out against an epic natural landscape as it builds toward a chilling climax. It leads the pack of Oscar contenders with a whopping 12 nominations, four of which are in major categories. 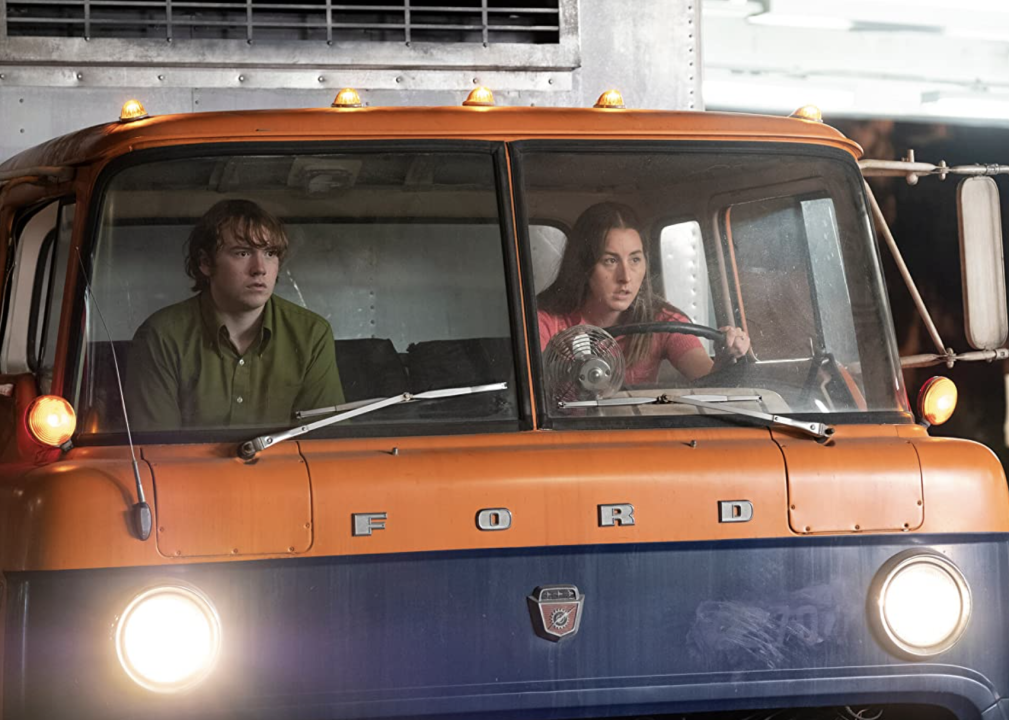 Legendary auteur Paul Thomas Anderson returns to the San Fernando Valley in this nostalgic dramedy with darkness at its edges. A young actor (Cooper Hoffman) navigates literal and figurative new roads as he experiences first love with an older girl (Alana Haim). Not only does the film draw characters from real life, but many of its stories are based on the exploits of Anderson’s friend Gary Goetzman. It’s been nominated for Best Director, Best Picture, and Best Screenplay. 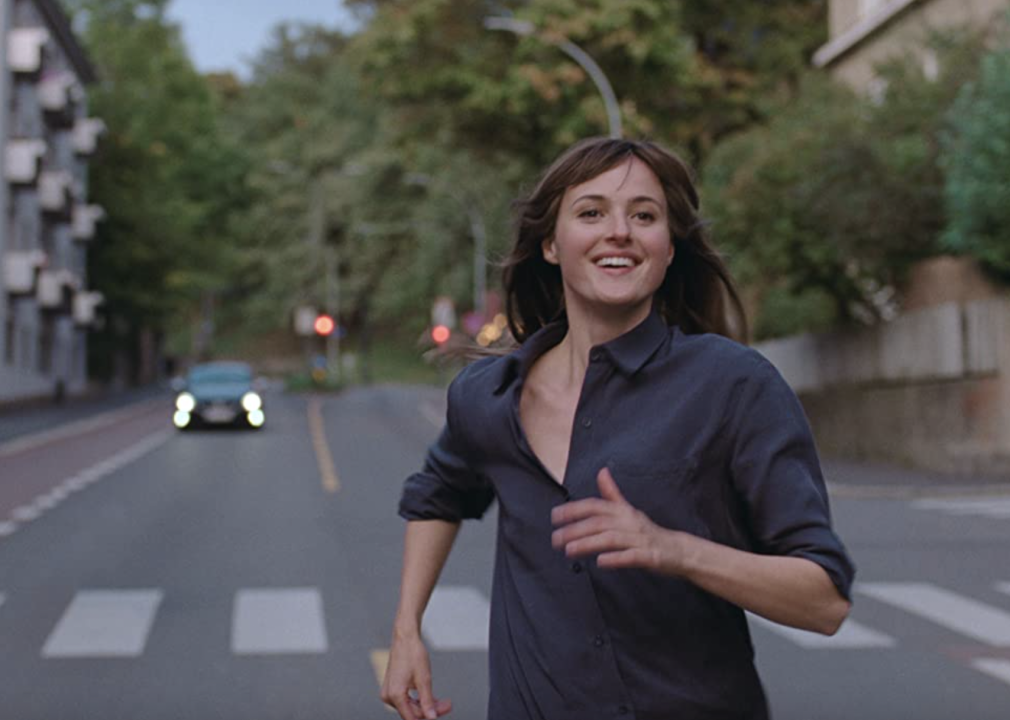 The final installment in director Joachim Trier’s “Oslo Trilogy” depicts the personal and professional struggles of a young woman named Julie (Renate Reinsve). It takes place over the course of four years and balances relatable drama with dark comedy. In addition to Best International Feature Film, it was nominated for Best Original Screenplay. 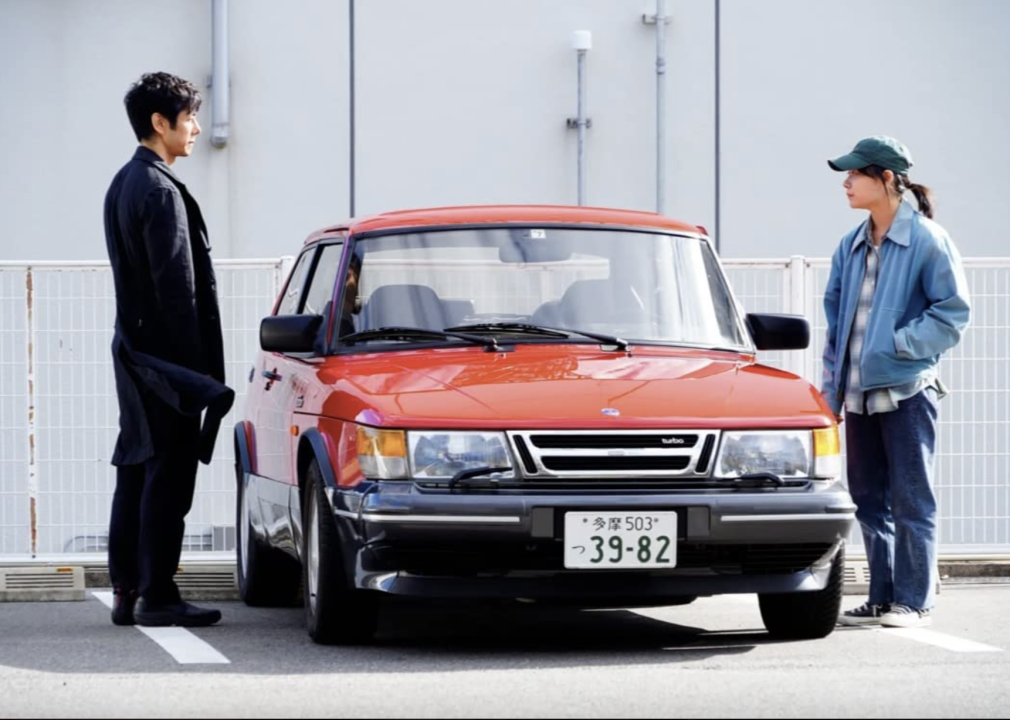 Ryûsuke Hamaguchi’s masterful drama is one of two heralded works from the director in 2021, the other being “Wheel of Fortune and Fantasy.” It uses the evolving bond between an actor and his driver as a gateway to themes of grief and acceptance. A frontrunner for Best International Feature Film, it was also nominated for Best Picture, Best Adapted Screenplay, and Best Director.