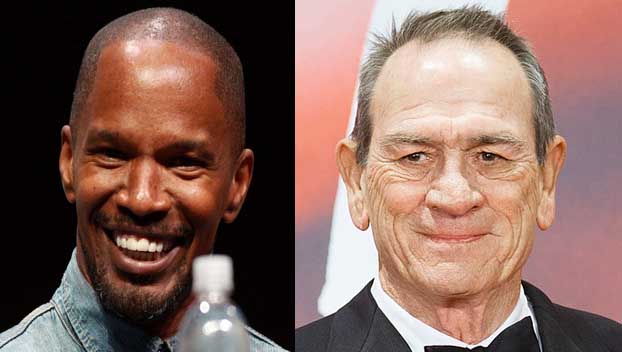 The story of how former Biloxi Mayor Jerry O’Keefe took down the largest funeral company in North America is being told in an Amazon movie now filming in New Orleans.

“Grandpa was going to be played by Harrison Ford,” Jeff O’Keefe said, but Ford broke his leg filming the latest Indiana Jones movie and Jones was cast instead.

Portions of the film, titled “The Burial,” also will be filmed in Jackson, but he said no shoots are scheduled in Biloxi. It’s based on an article written by Jonathan Harr in “The New Yorker.”

Jeffrey O’Keefe, O’Keefe’s son, said his father signed over rights to the story 20 years ago to Bobby Shriver, nephew of former U.S. President John F. Kennedy and brother of Maria Shriver. He said his father wasn’t all that impressed with Hollywood and didn’t charge for those rights.

Details of the trial — and the implications that went all the way up to the White House and Wall Street — were the subject of a podcast by National Public Radio. O’Keefe, an independent funeral home owner on the Mississippi Gulf Coast, sued Loewen, which owned funeral homes across the U.S. and Canada. It resulted in the largest jury award in Mississippi at the time and the demise of Loewen.

“O’Keefe sued Loewen, portraying it as a corporate monster swallowing up funeral homes in selected markets to run mom-and-pop shops, including his, out of town,” said a 1997 article in the Tampa Bay Times. “Company chairman Raymond Loewen, who found himself defending his ownership of a yacht equipped with a helicopter landing pad, was pitted against O’Keefe, a war hero, former mayor of Biloxi and family man whose 51-year marriage had produced 13 children.”

“One-by-one they stood as O’Keefe introduced them to the jury,” the article said of his family.

O’Keefe was a war hero, a U.S. Marine Corps pilot in World War II. He shot down five Japanese airplanes in less than an hour on his first mission at age 21, then shot down two more a few days later, becoming an ace pilot. He was elected as a member of the Mississippi House of Representative and served eight years as Biloxi mayor.

“It was a really unique experience,” said Jeffrey O’Keefe, who testified at the trial on his 39th birthday and again the next day.

The trial went on for weeks in Jackson and “flamboyant” lawyer Willie E. Gary flew in on his “Wings of Justice” plane to represent O’Keefe. The story is, according to the film’s website: “A lawyer helps a funeral home owner save his family business from a corporate behemoth. In a move to bring resonance to a dry case, the lawyer digs up a complex web of race, power, and oppression that forces everyone to examine prejudices.”

O’Keefe said his father tried to stop the case from going to trial. “My dad had tried to settle the whole thing,” he said.

Loewen rejected a settlement proposed by his father’s attorney, Michael Cavanaugh, for $4 million, he said. The jury later returned a verdict of $500 million in actual and punitive damages, O’Keefe said.

While the film is based on a true story, the filmmakers may take liberties with what actually happened. Media reports on the film claim O’Keefe Funeral Home was bankrupt, which Jeffrey O’Keefe said was not the case.

The film also implies O’Keefe may have been prejudiced.

“Grandpa was always a big equal rights advocate,” he said.

In 1976, he revoked a parade permit the Ku Klux Klan had secured, a Sun Herald article said. Klan members were arrested, City Hall was vandalized and O’Keefe had a cross burned on his front lawn.