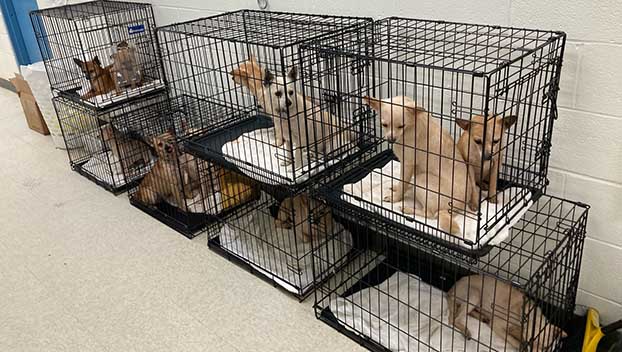 A Mississippi couple was arrested Friday and charged with 70 counts of cruelty to animals after police dozens of dogs including several that were pregnant and one cat in poor condition at her residence.

Pass Christian police arrested Ethel Ross, 56, at her home on East Second Street in Pass Christian and took possession of the animals. A short time later her husband Richard Ross, 68, was arrested.

Both face 70 counts of animal cruelty.

Police began their investigation after receiving an anonymous tip of the situation and investigators said they found the dogs in bad condition. Several of the animals were pregnant and one gave birth to nine puppies just after being seized.