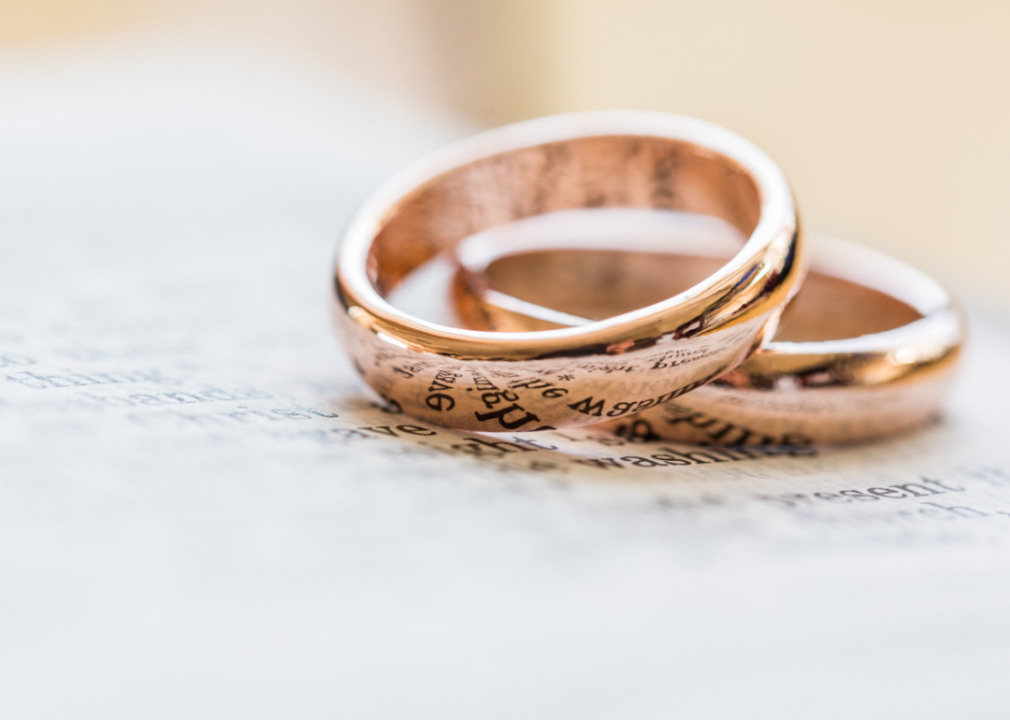 Marriage rates in the U.S. have been on the decline for several decades. To illustrate where marriage rates are highest and how they’ve changed around the U.S., Giggster looked at Centers for Disease Control and Prevention data over time at the national and state level. Forthcoming data visualizations are accompanied by key findings in the CDC data.

Cultural critics and numerous sociologists have bemoaned declining marriage rates, citing concern over the deterioration of the traditional family structure and what it could mean for raising children. A more holistic look suggests numerous factors for variations in marriage rates—from women gaining more equity in the workplace and on their paychecks to normal fluctuations occurring around major historical events, such as constricted rates during the Great Depression and a doubling of marriage rates in the U.S. by the end of World War II.

Southern states maintain higher marriage rates on average than states in the Northeast; while Montana is the only state that has seen an increase in marriage rates since 1990. Keep reading to find out why that might be the case, and discover more key insights about how marriage rates have changed over the last several decades. 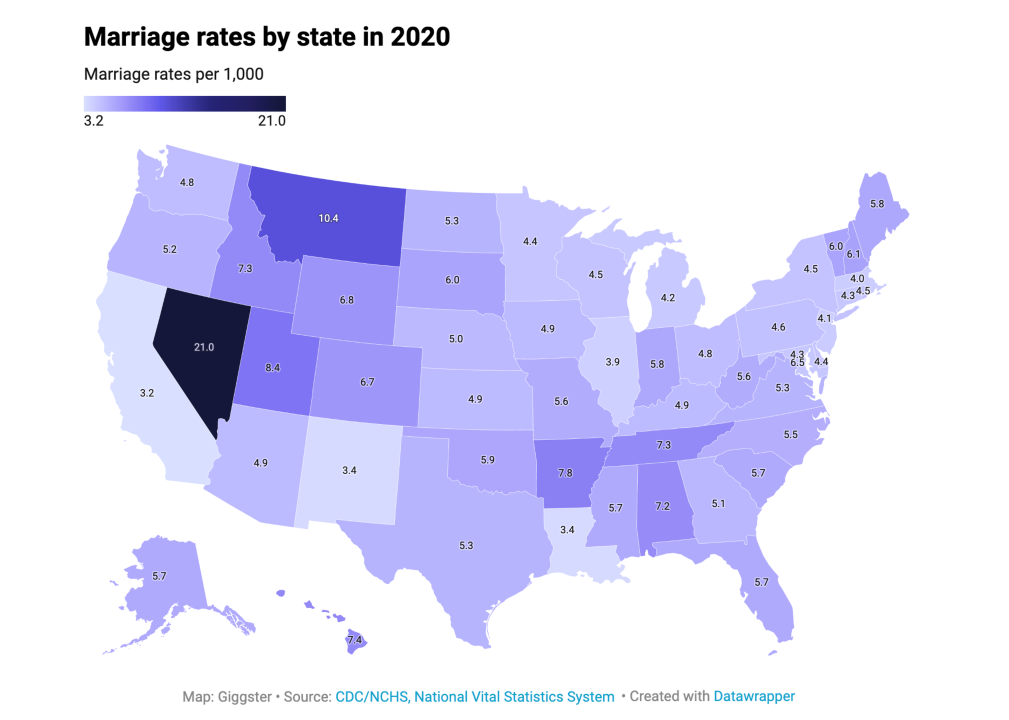 Nevada and Montana have the highest marriage rates; California, New Mexico, and Louisiana the lowest

There are no obvious common denominators between the states with the highest and lowest rates of marriage. States with the lowest marriage rates, such as California, have cities where the cost of living tends to run high, which may be a factor in declining marriage rates. Financial insecurity and lack of savings are often cited as reasons why couples hesitate to tie the knot. Yet Louisiana, also has a low marriage rate even though it is in a region that is more affordable and more generally known for more traditional views on marriage and family than in cities like San Francisco and Los Angeles.

Montana’s high marriage rate likely has little in common with Nevada’s, seeing as Nevada’s is likely in part because of its reputation as the capital of quickie marriages. Couples can walk into a chapel and get married in a 10-minute ceremony—or even via a drive-through tunnel. Of course, this may also be why Nevada also leads the nation in divorces. 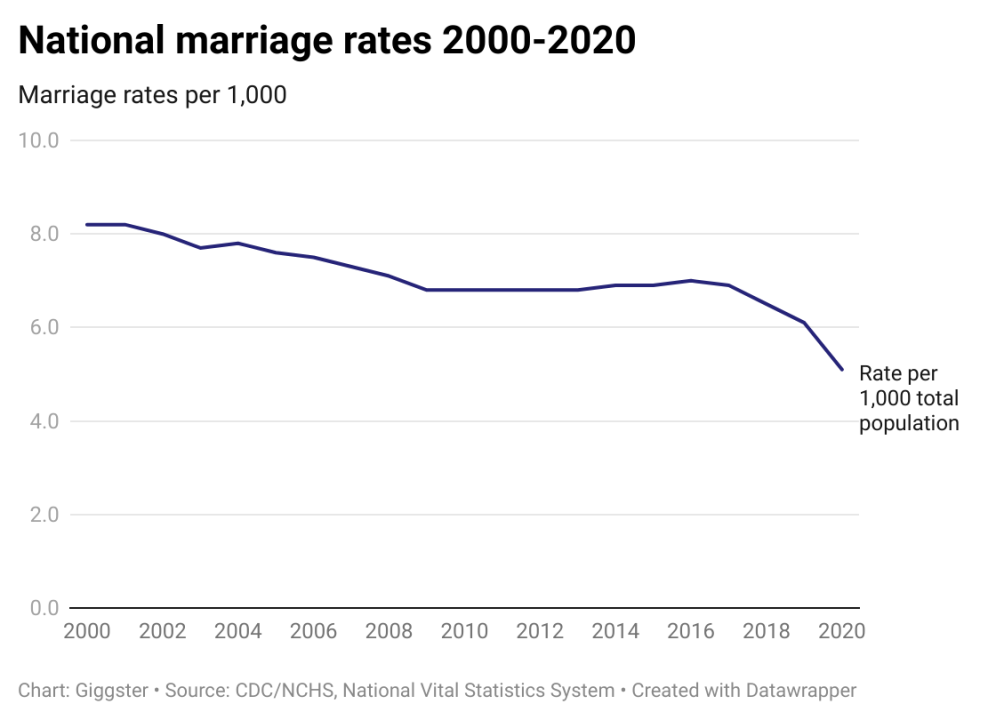 There is no one reason that marriage rates in the United States are at their lowest levels since 1867, but history holds a clue to one reason this might be the case. Historically, times of economic crisis, such as the Great Depression in the 1930s, heralded lower rates of marriage. The cohort of millennials that might ordinarily be getting married now came of working age amid a major recession.

Coupled with historic levels of student debt and stagnating wages, many 20-somethings and 30-somethings today may simply not feel that they can afford to settle down just yet. A third of survey respondents in a December 2019 YouGov study commissioned by LendKey Technologies said they have or would consider waiting to get married until after they have paid off their student loans. 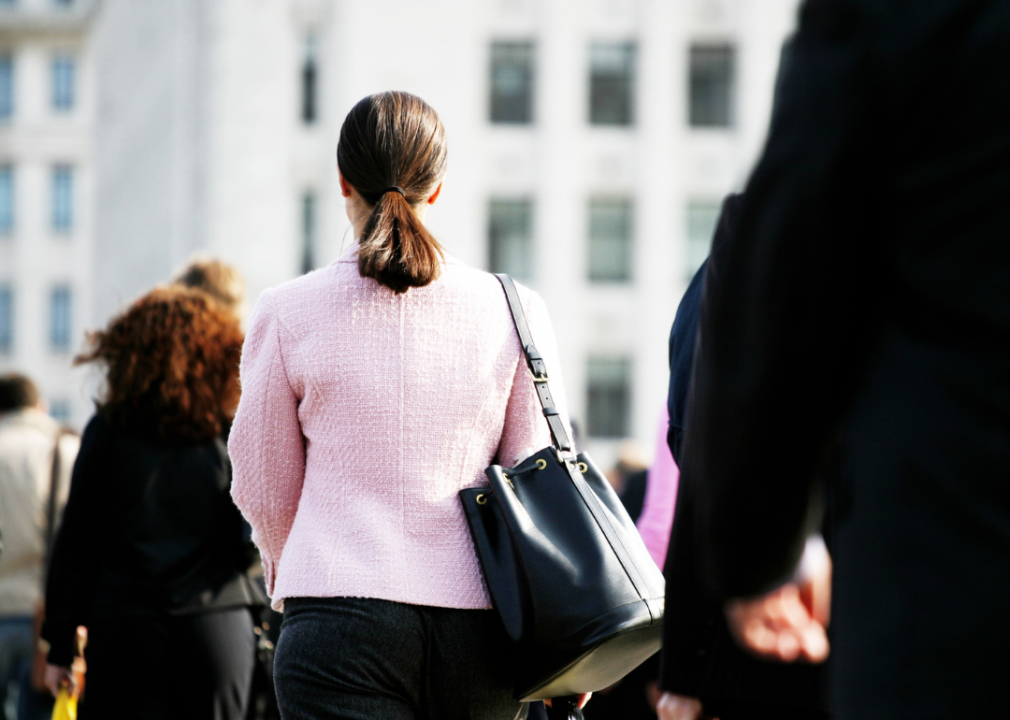 An aging population, new economic independence for women, and shifting cultural values contribute to the decline

Factors such as an aging population and a shift in cultural values have contributed to a decline in marriage rates, but there may also be some positive social forces contributing to the decline. One is the new role of women in the workforce.

For much of American history, women’s ability to participate in the workforce was limited, and their place was assumed to be running a household as a wife. Once women moved into higher education and the workforce in greater numbers in the aftermath of World War II, they suddenly had more options. Some women have since opted to nurture their careers and may be postponing marriage for later, or indefinitely. 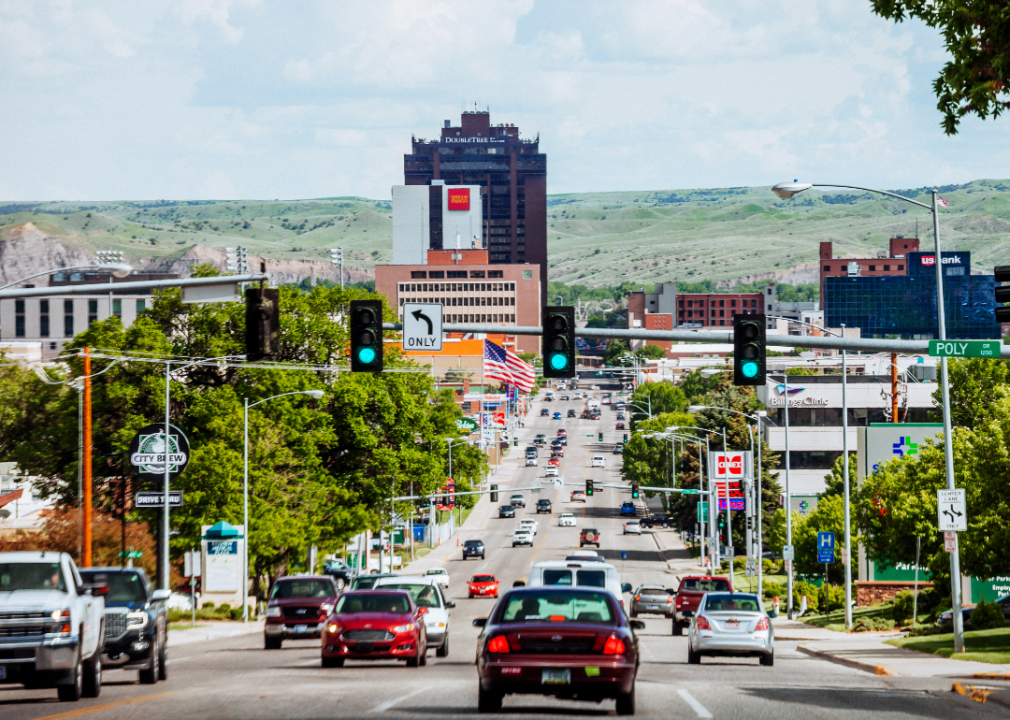 Montana is an exception to the trend of declining marriage rates. One interesting explanation as to why could be double-proxy marriages. These types of marriages allow both parties to be represented by proxies and still be legally wed—and they boomed during the coronavirus pandemic.

Montana is the only state that allows this for residents and military members on active duty. Always popular with couples abroad looking to get married before returning home, the practice exploded in popularity during the pandemic. 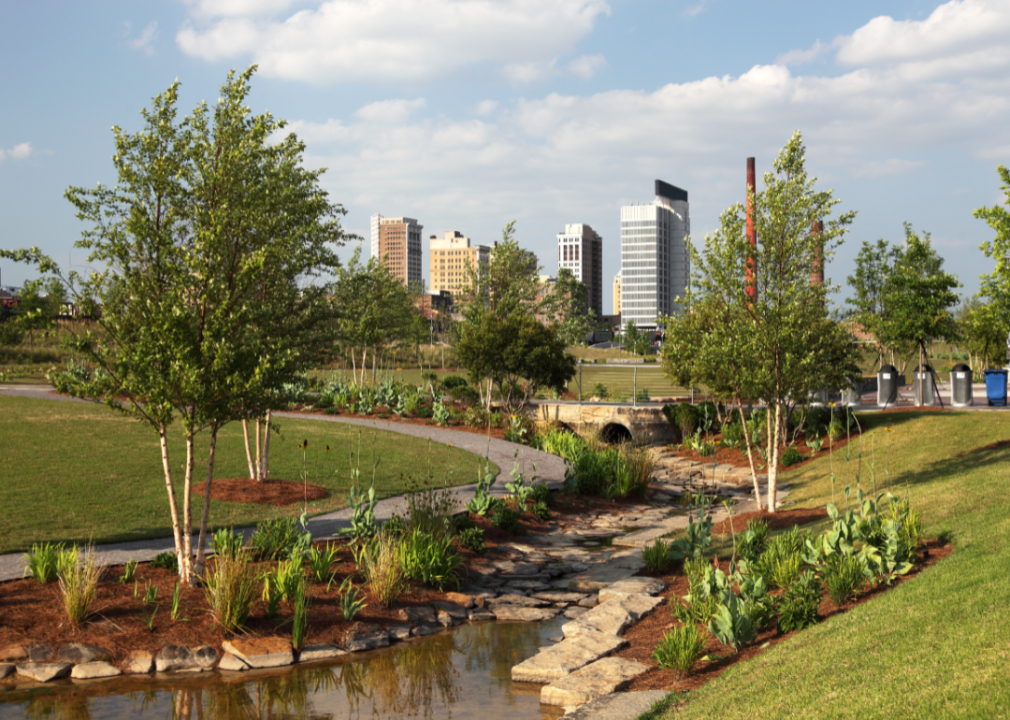 If there is one reason that the South in particular might have a higher marriage rate than the Northeast, it is the culture. Marriage is simply a part of life at an earlier age in the South than it is in the Northeast. Both men and women in the South get married younger than their counterparts elsewhere.

In the Northeast, by contrast, it is common to get married at an older age. Particularly in big cities, the culture skews more toward the importance of a career at a younger age and less toward starting a family.