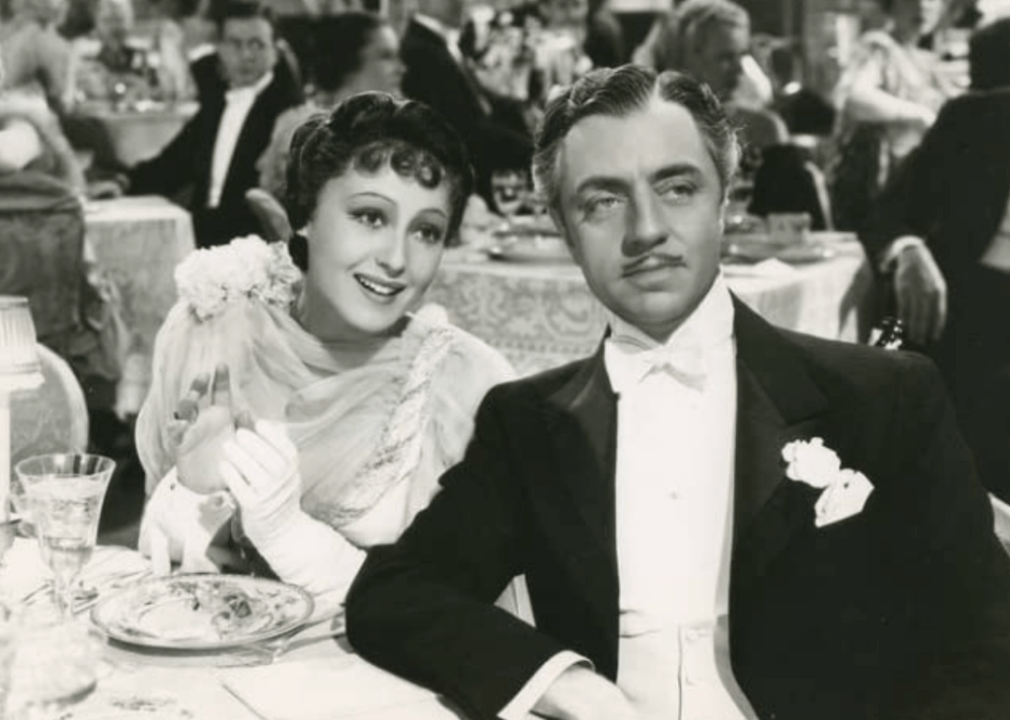 Each year, cinema aficionados wait with bated breath for the Academy Awards, a ceremony that upholds the tradition of honoring the year’s best films—in concept, at least. In reality, the Academy of Motion Picture Arts and Sciences doesn’t always get it right when it comes to nominations and awards alike. That’s especially true in retrospect, with previous nominees and winners showing their age over time. What was once considered classic may now seem relatively subpar, or at the very least, insignificant.

Why does a lackluster film get nominated in the first place? One might wonder. There is no single particular reason, though, of course, even a bad Oscar nominee or winner will potentially offer something of value. Sometimes, the movie exhibits certain anachronisms that enrapture audiences at the time but poorly date themselves. Or, in the case of 1967’s “Doctor Dolittle”—which tanked at the box office but nevertheless won multiple Oscars—the studio aggressively campaigned during awards season. Then there are just the bad movie years, in which the cream of the crop is still somewhat inferior to the films that came before and after. Of course, these are Best Picture nominees, so the bar still sits high on the low end, or does it?

To determine what constitutes which nominations were the “worst” in Oscar history, Stacker gathered all of the movies nominated for Best Picture at the Oscars and ranked the lowest 25 in the group by IMDb user rating, with #1 being the “worst.” Believe it or not, some of these films actually did go on to win the Academy Award for Best Picture. (Twenty films from the 1920s to the 1940s were not considered due to a lack of sufficient data.)

Read on to see which films were the “worst” to be nominated for the Best Picture Oscar. 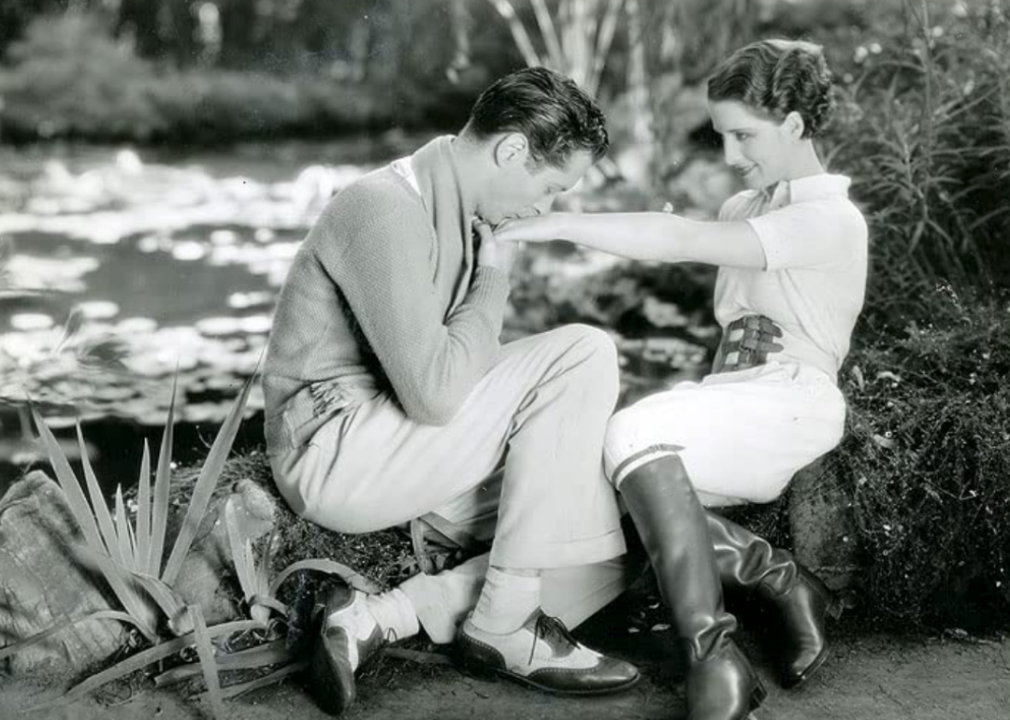 Adapted from Ursula Parrott’s 1929 novel “Ex-Wife,” this pre-Code drama examines the infidelities of a married couple and complications that ensue. Lead actress Norma Shearer challenged society’s double standards through her portrayal of Jerry, a wife who isn’t shy about flirtation or sexuality. She took home the Best Actress Oscar for her performance in the film. 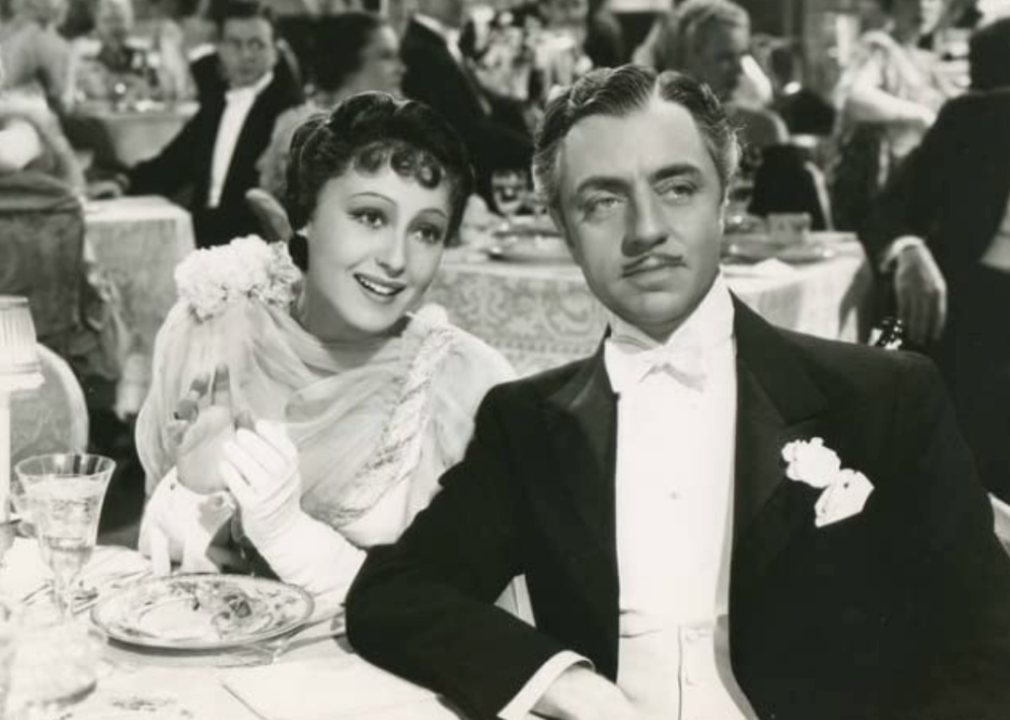 This musical drama tells the story of Broadway producer Florenz Ziegfeld Jr. (William Powell), whose personal life is as wild as any stage play. While overly long and riddled with inaccuracies, it offers a bold sense of spectacle and features a top-notch cast. It took home three Academy Awards, including Best Picture. 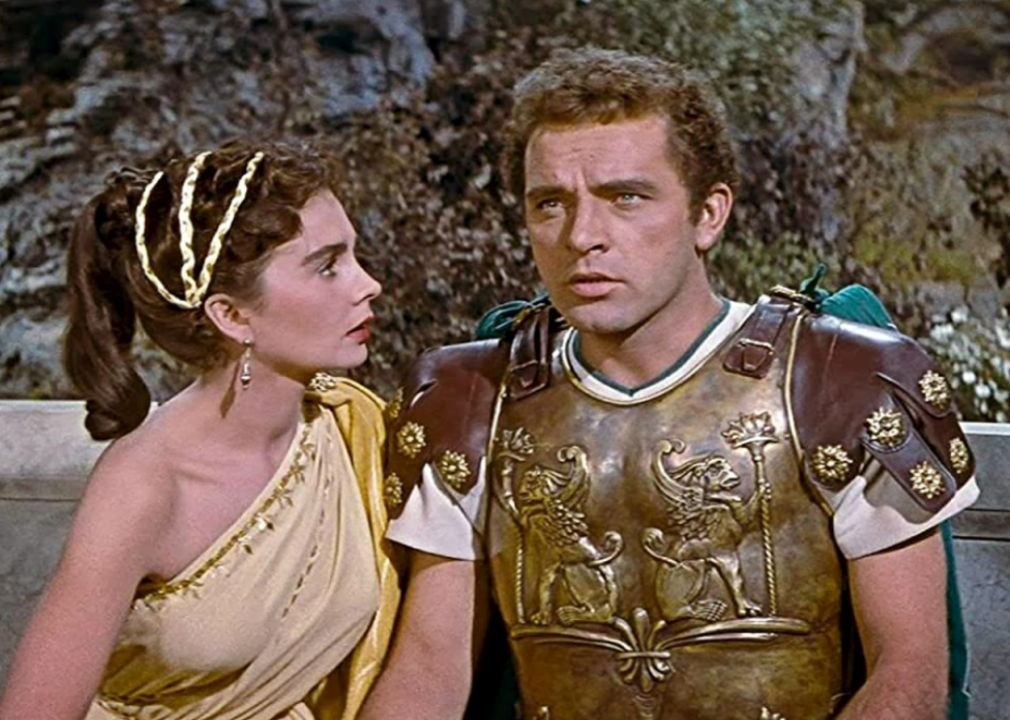 This epic centers on Roman tribune Marcellus Gallio (Richard Burton), who lays claim to Jesus’ mantle after the crucifixion. Tormented by guilt, he embarks on a path toward Christian redemption. “Overblown melodramatic biblical nonsense,” critic Kim Newman wrote of the film for Empire Magazine. It lost in the Best Picture category to “From Here to Eternity.” 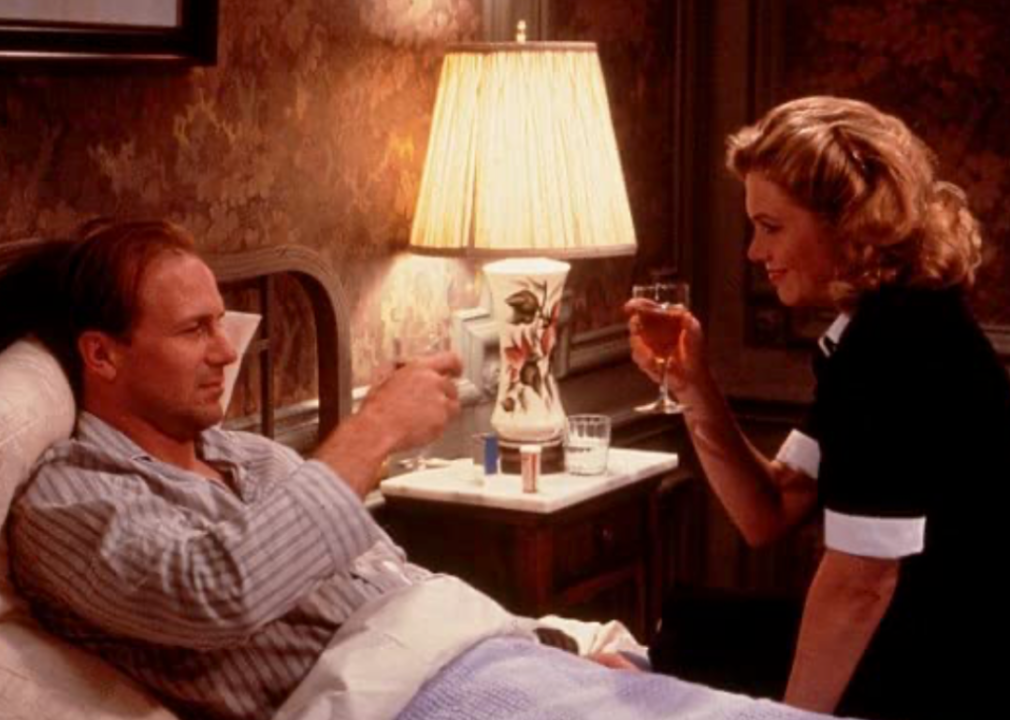 Director Lawrence Kasdan reunited with “Body Heat” stars William Hurt and Kathleen Turner for this romantic drama, adapted from Anne Tyler’s novel of the same name. In the wake of his son’s death and a commensurate rupture in his marriage, a travel writer (Hurt) must decide between saving his marriage or forging a new life. Geena Davis won the film’s sole Academy Award for her supporting role as a dog trainer named Muriel. 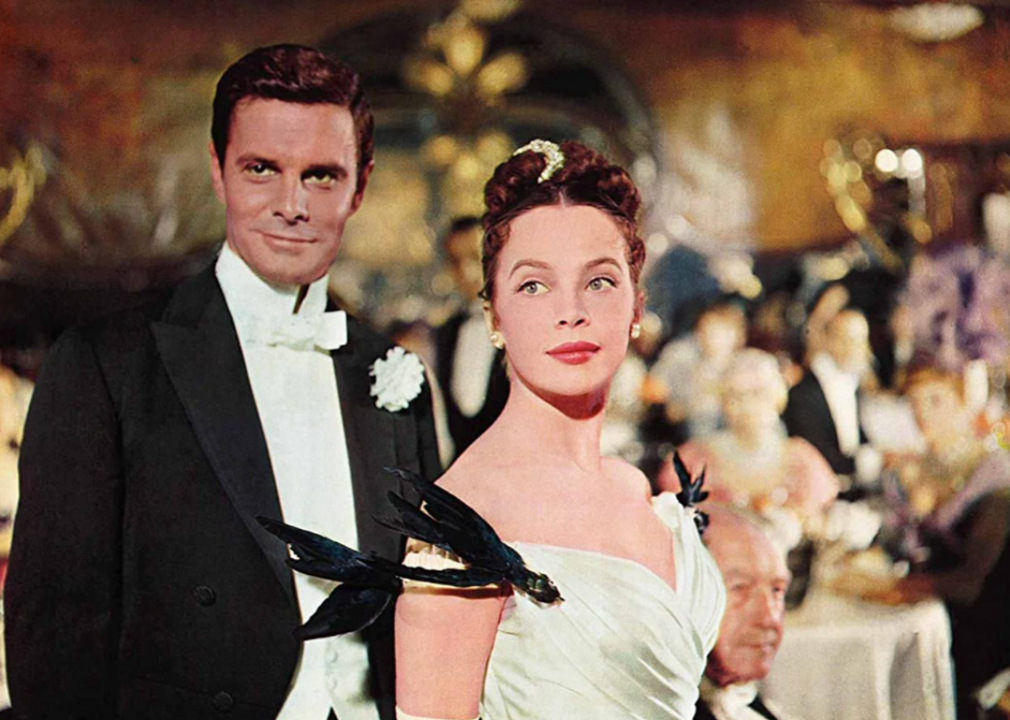 This musical romantic comedy swept all nine categories for which it was nominated at the 31st Academy Awards, setting a record at the time. Set in Paris at the turn of the 20th century, it chronicles the relationship between a wealthy playboy (Louis Jourdan) and a young courtesan in training (Leslie Caron). Writing for BuzzFeed, journalist Kate Aurthur called it “the creepiest, most pedophiliac movie ever to win Best Picture.”

You may also like: 100 greatest movie quotes from 100 years of film 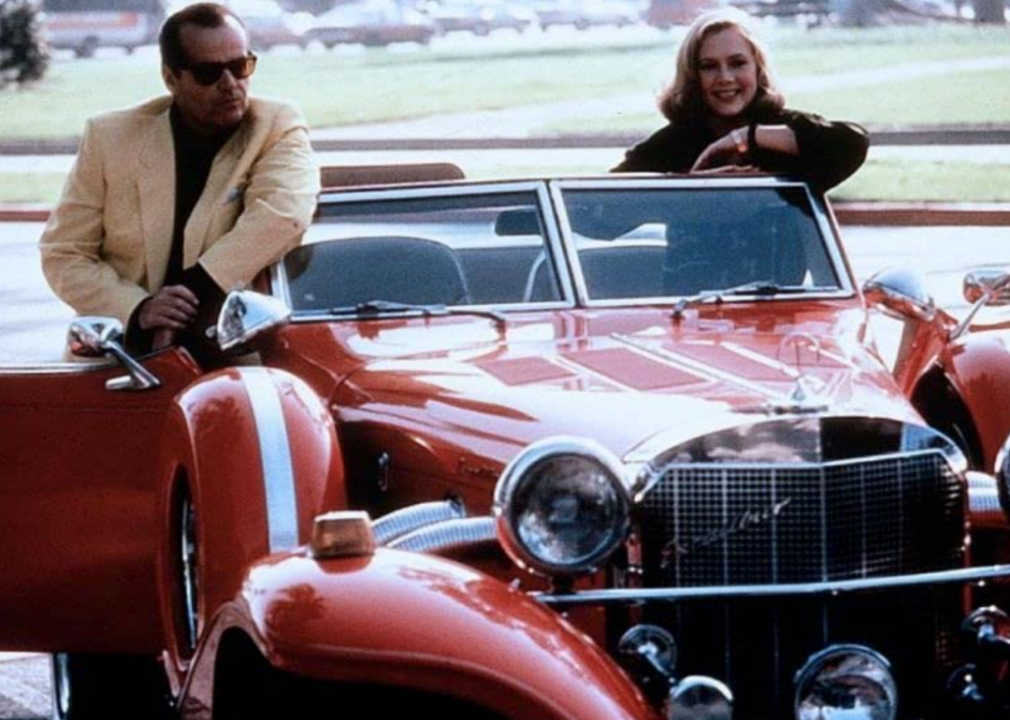 The penultimate film from director John Huston is a pitch-black comedy about the romance between a hitman (Jack Nicholson) and hitwoman (Kathleen Turner). Its cynical portrait of mob life offers an inventive counterpunch to the standard sub-genre fare. Anjelica Huston took home the movie’s sole Academy Award for her supporting role as Maerose Prizzi. 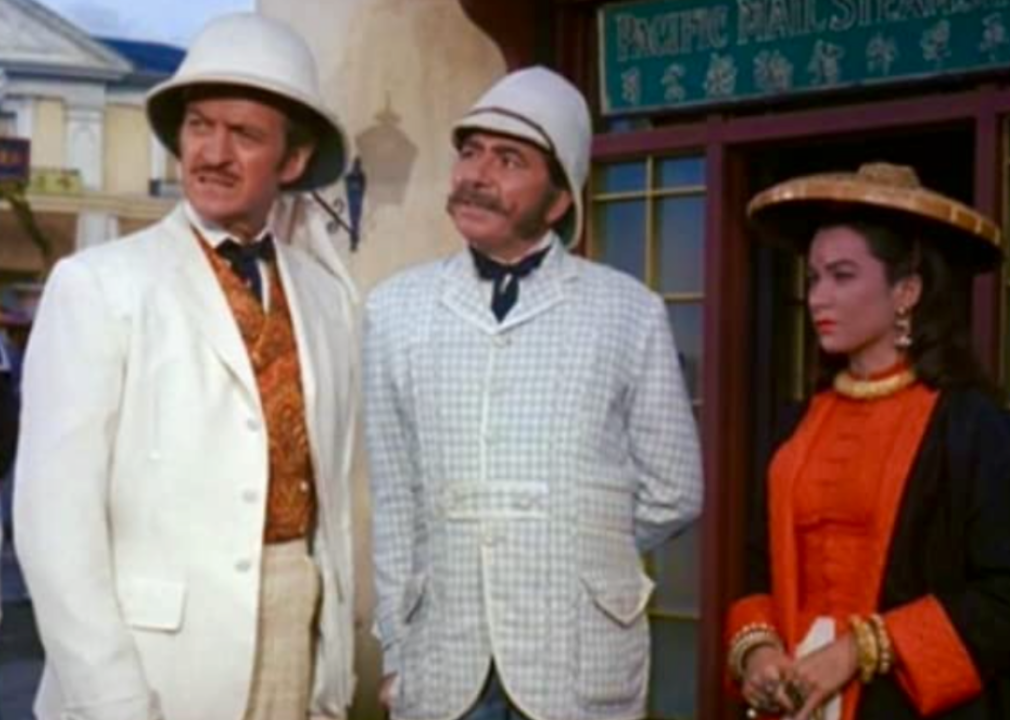 Phileas Fogg (David Niven) bets he can circle the earth in just 80 days in this adventure comedy, adapted from a Jules Verne novel. It scored big at the box office, winning five of the eight Academy Award nominations it received, including Best Picture. 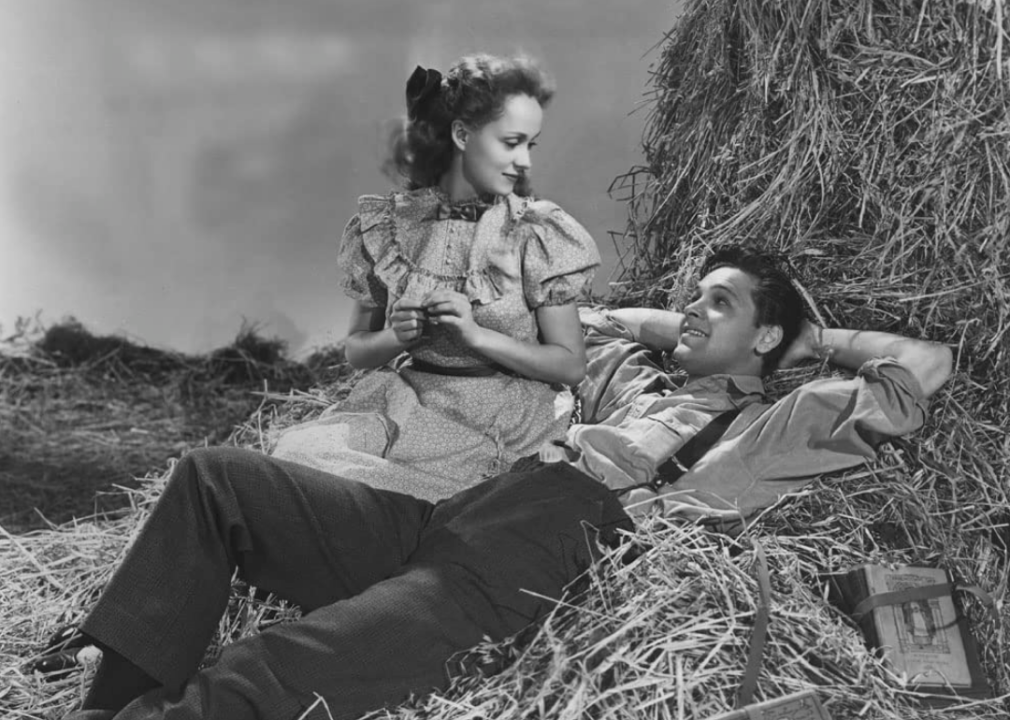 Based on Thornton Wilder’s award-winning play, this nostalgic melodrama examines love and loss in a small town. It was nominated for six Academy Awards and came up empty-handed by the end of the night. Alfred Hitchcock’s “Rebecca” took home Best Picture that year. Cecil B. DeMille takes viewers behind the scenes at the Ringling Bros. and Barnum & Bailey Circus in this Technicolor drama. According to legend, the director insisted the actors actually learn their circus stunts. It won two Academy Awards: Best Picture and Best Screenplay. 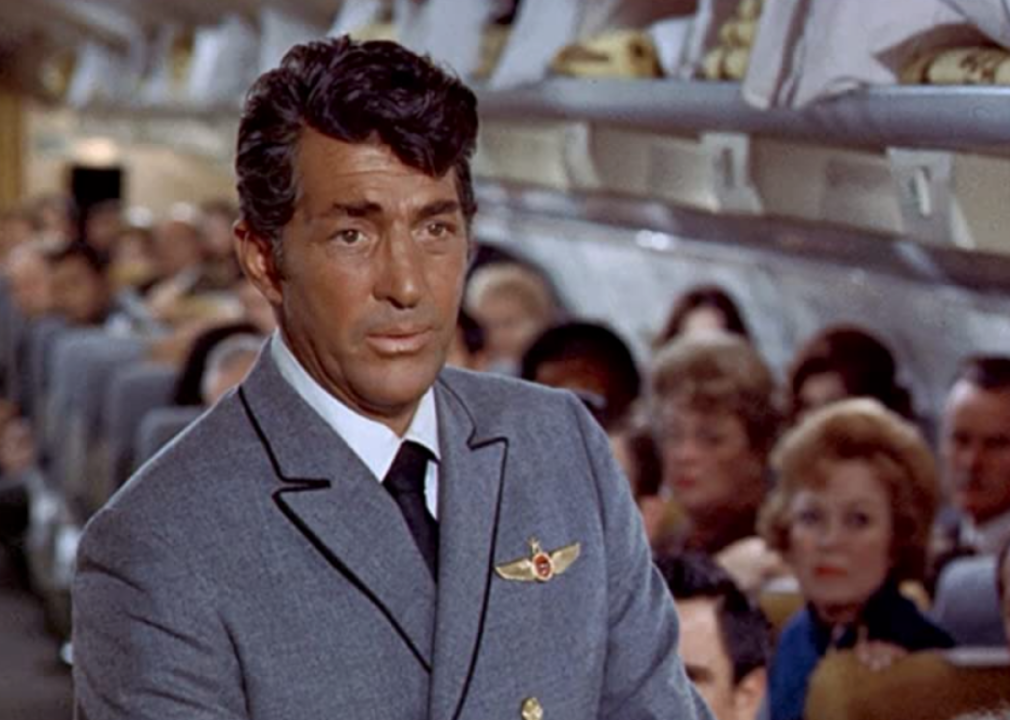 This blockbuster thriller spends 12 hours in the life of airport personnel and passengers as they deal with everything from terrorism to inclement weather. It sparked a wave of subsequent disaster films and was later parodied in the smash comedy “Airplane!” Out of 10 Oscar nominations, it won only for Best Supporting Actress (Helen Hayes). 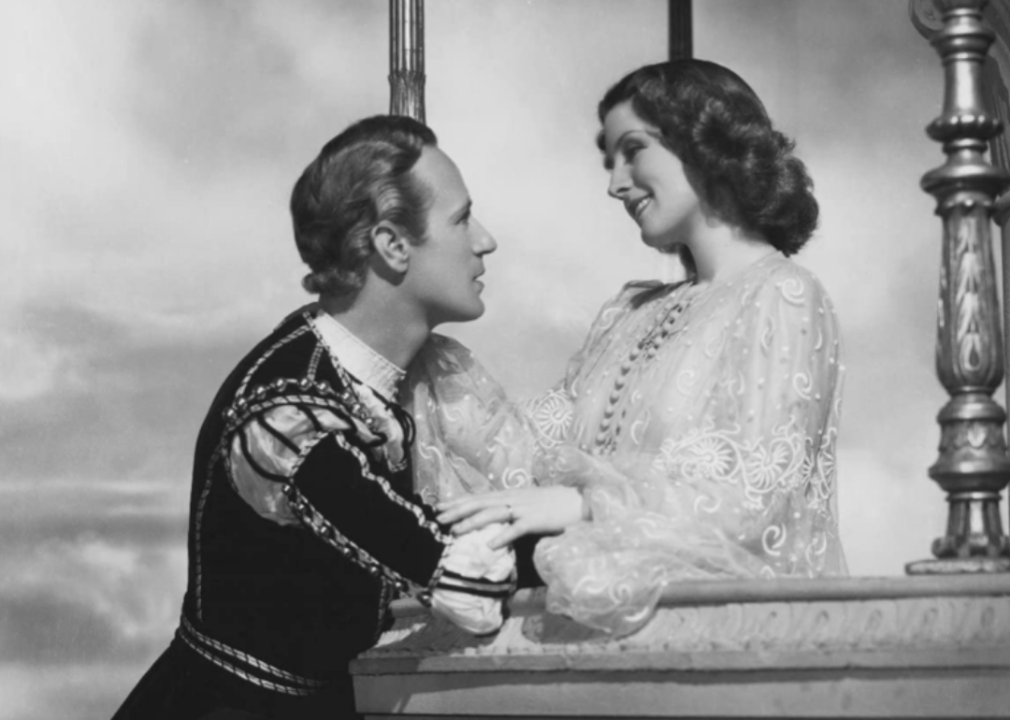 One of many films to adapt Shakespeare’s classic weaves a tale of an ill-fated romance between two star-crossed lovers. Numerous critics point to the miscasting of Norma Shearer and Leslie Howard, both actors critics believed were too old for the respective title roles. It went home empty-handed at the ninth Academy Awards. 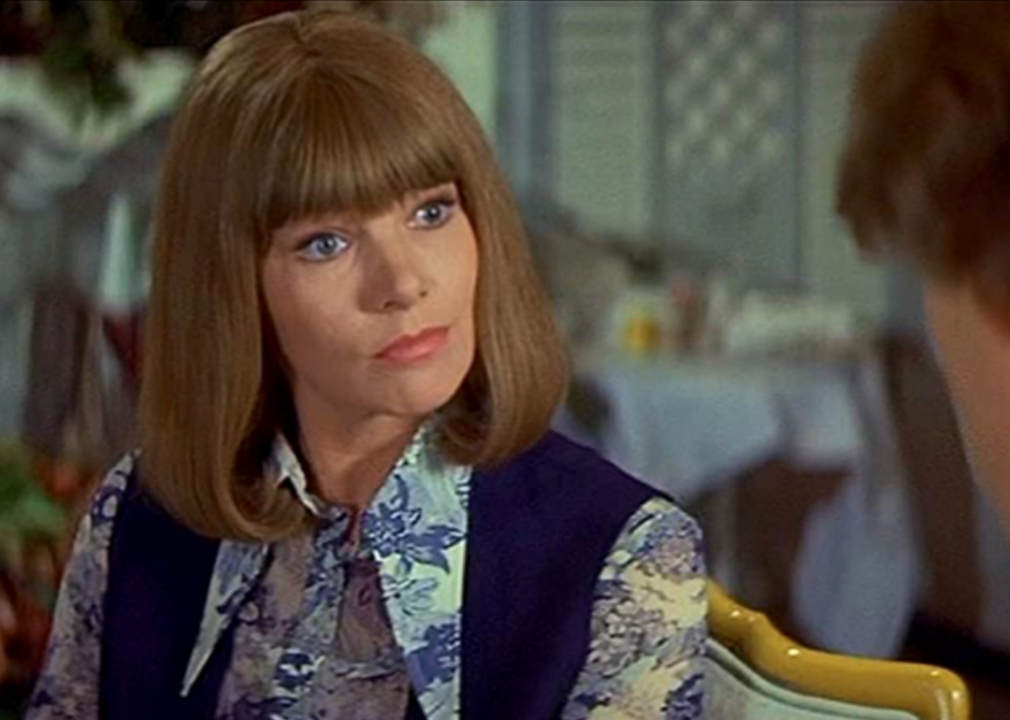 This British romantic comedy puts a slapstick twist on the otherwise serious subject of infidelity. An affair between an American businessman (George Segal) and a British divorcee (Glenda Jackson) paves the way for a series of small disasters. Jackson’s portrayal in the film earned her the Academy Award for Best Actress. 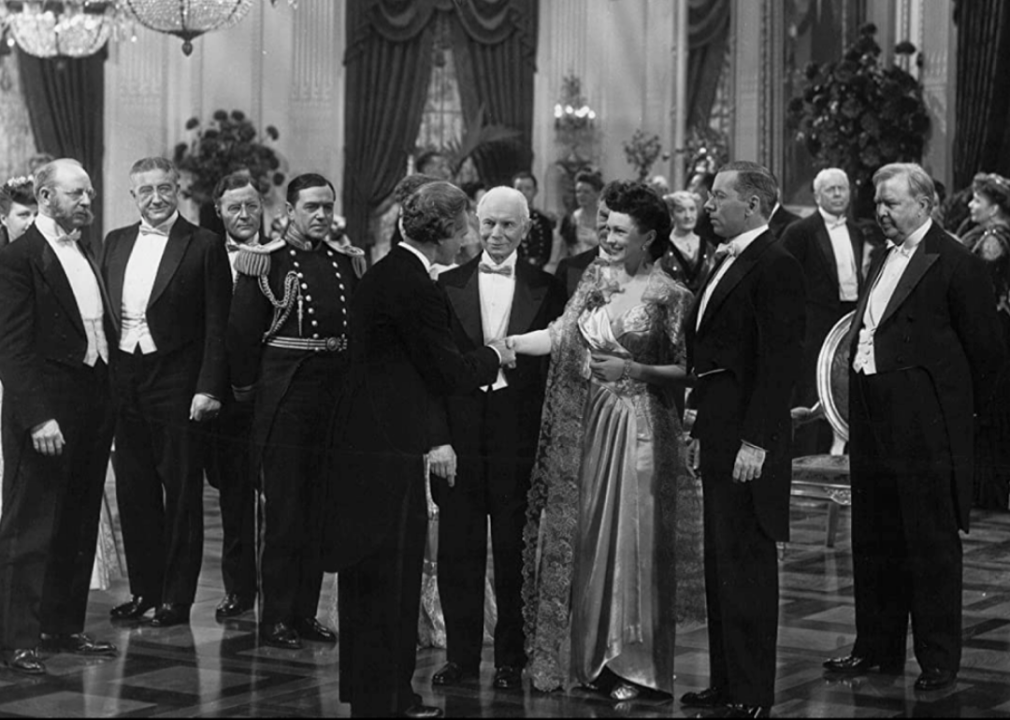 This technicolor biopic follows Woodrow Wilson (Alexander Knox) as he grapples with various conflicts on his way to the presidency. While critically acclaimed, it made a lackluster impact on audiences. It won five Oscars but lost in the Best Picture category to the Bing Crosby musical “Going My Way.” 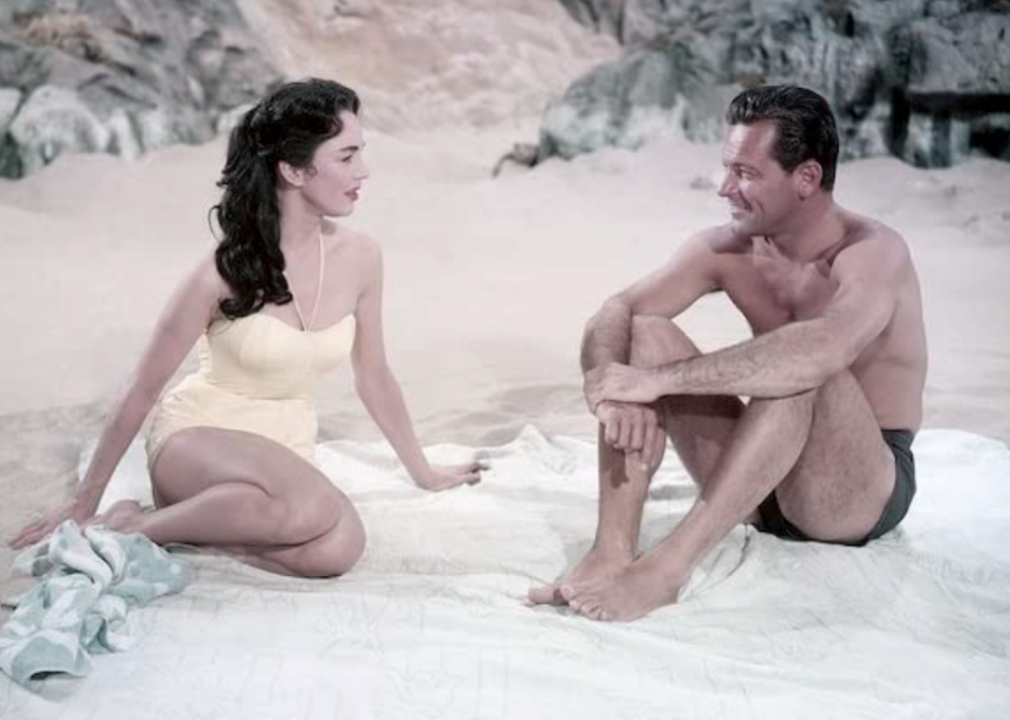 This schmaltzy romance takes place in China at a time of great political upheaval, chronicling the affair between a married man (William Holden) and a Chinese English widow (Jennifer Jones). The casting of American actress Jennifer Jones as a Eurasian woman is among its many dated qualities. It won Oscars for music and costume design. 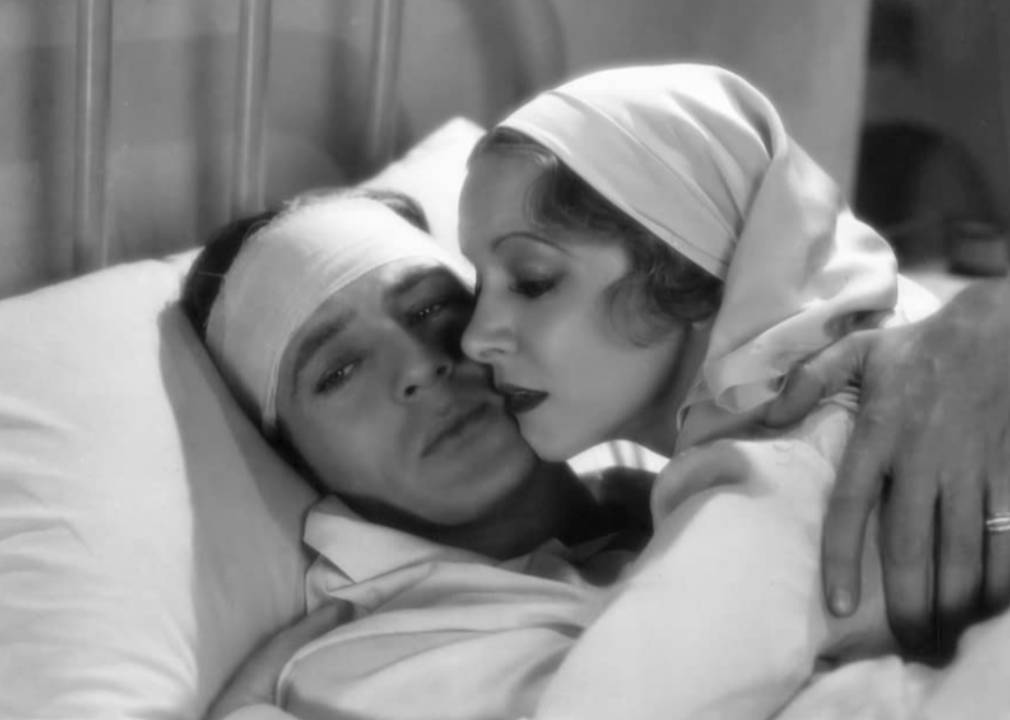 This adaptation of Hemingway’s semi-autobiographical novel depicts the torrid romance between a British nurse (Helen Hayes) and an American ambulance driver (Gary Cooper) during World War I. “Lacks the raw gusto of the book but beautifully played by its two leads,” wrote critic David Parkinson for Empire Magazine. It won two Academy Awards for Best Sound and Best Cinematography.

You may also like: Ranking the best years in movie history 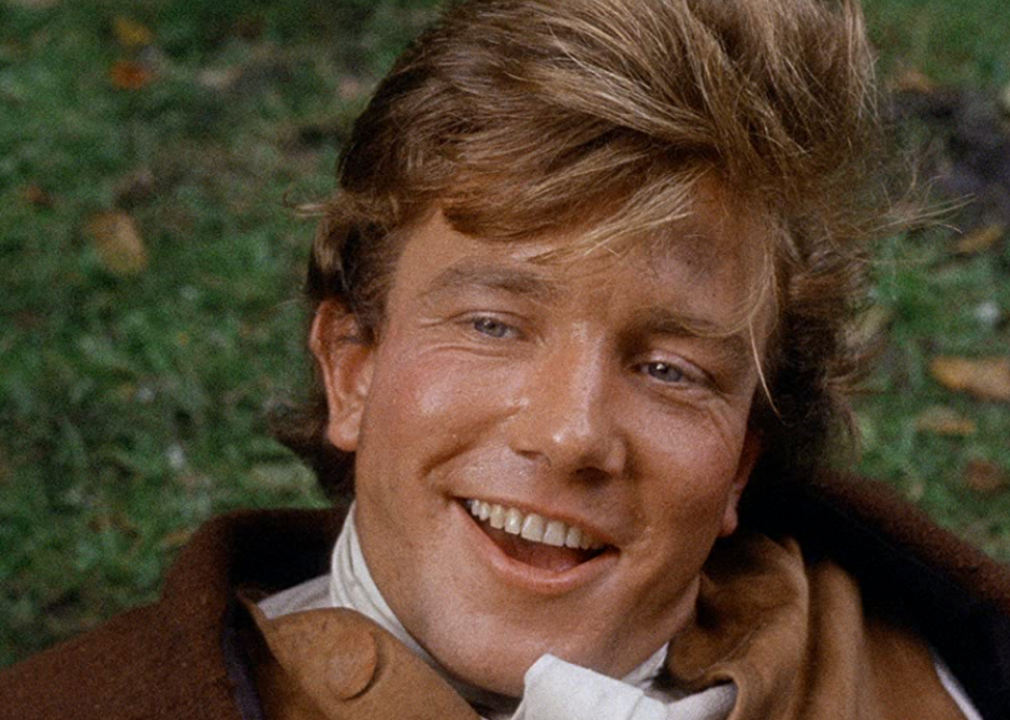 Albert Finney plays the title role in this British comedy about the misadventures of a romantic rebel. Once a critical and commercial darling, its erratic execution feels sloppy by today’s cinematic standards. Out of 10 nominations, it won four Academy Awards, including Best Picture. 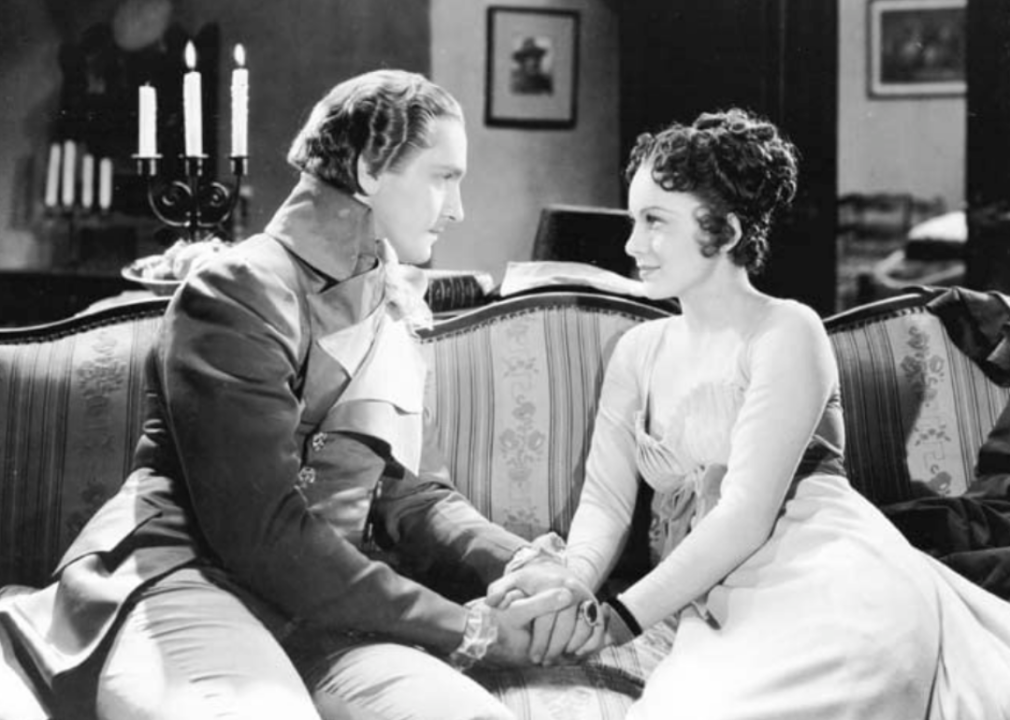 This historical epic takes place in 18th-century Italy and follows the exploits of its titular hero (Fredric March). It stars screen legend Olivia de Havilland as a love interest in one of her earliest major roles. Despite winning four Oscars, The New York Times found the film to have wasted its cast on “a pointless script and unimaginative direction.” 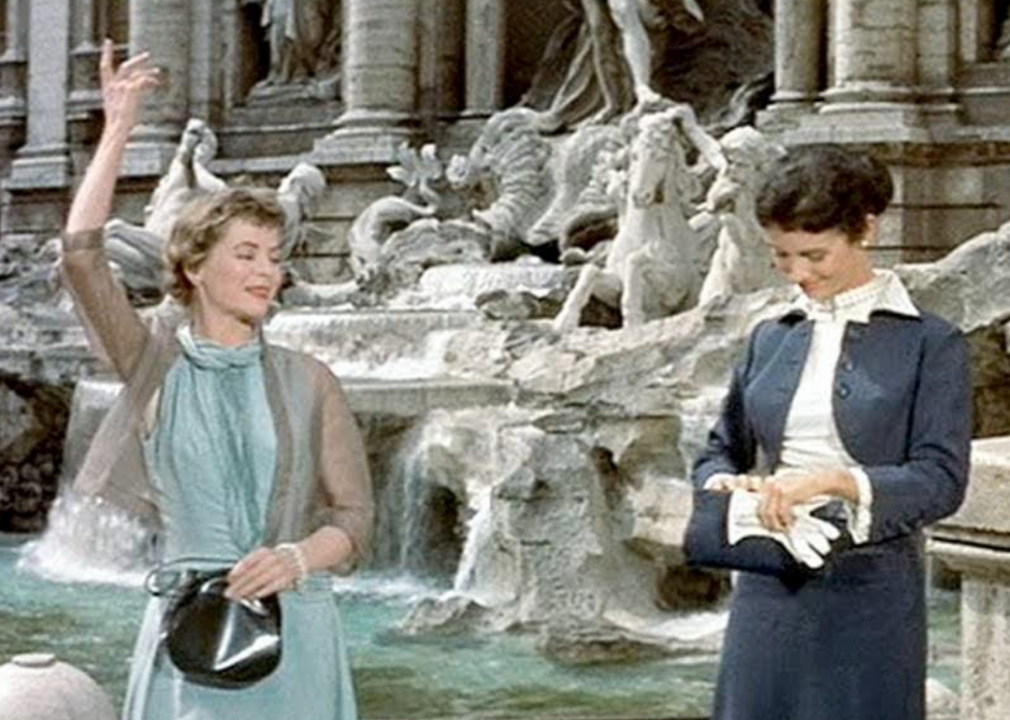 While staying together in Italy, three American women (Dorothy McGuire, Jean Peters, and Maggie McNamara) undergo separate romantic journeys in this visually sumptuous dramedy. It’s one of two film adaptations based on the same source novel, the other being 1964’s “The Pleasure Seekers.” Frank Sinatra performed the movie’s Oscar-winning title song. 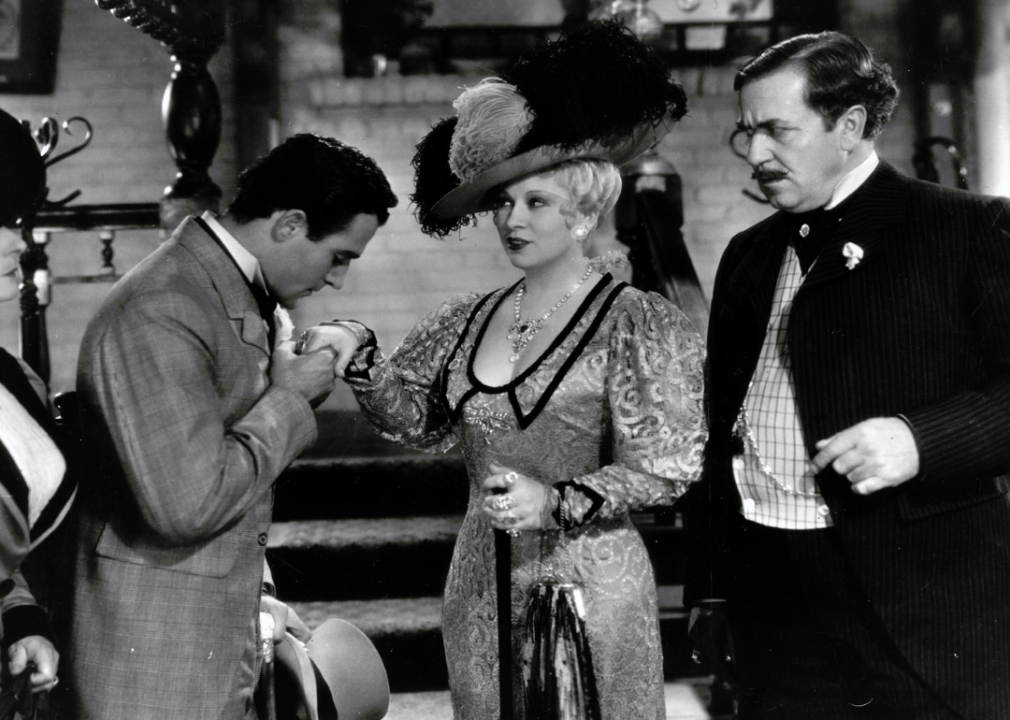 Mae West delivers a star-making performance as barroom singer Lady Lou in this pre-Code romantic dramedy. It was adapted from West’s stage play “Diamond Lil,” in which she similarly dispensed her languid brand of sharp wit. The film also features one of the earliest performances by Cary Grant as one of Lou’s potential suitors. Nominated for Best Picture, it lost out to the war drama “Cavalcade.” 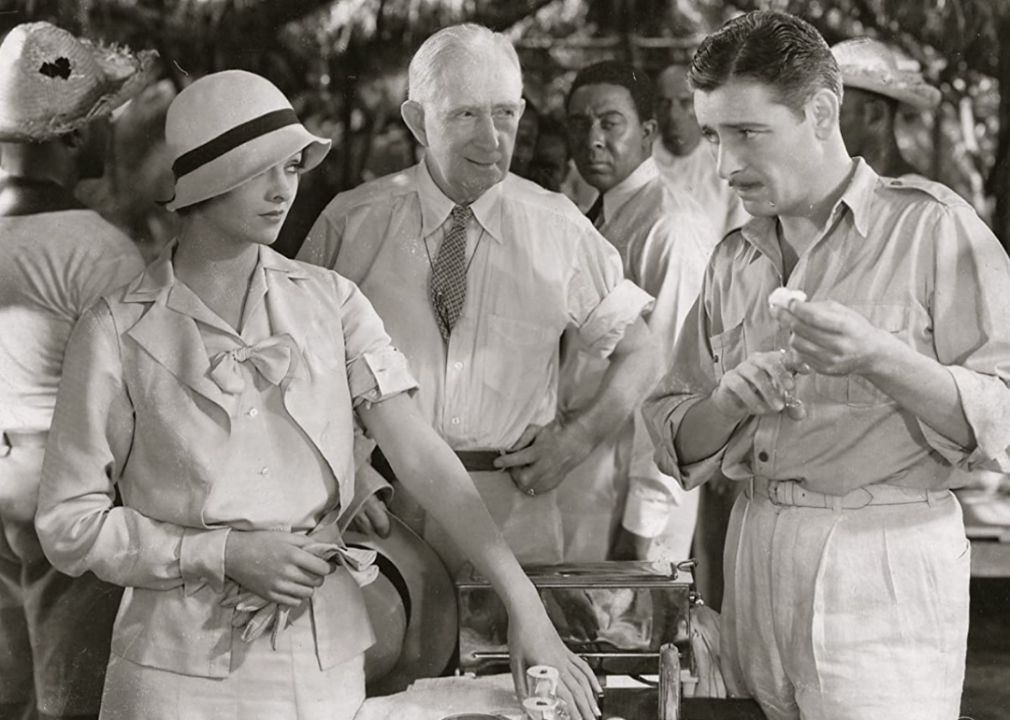 John Ford’s adaptation of Sinclair Lewis’ Pulitzer Prize-winning novel tells the story of Dr. Martin Arrowsmith (Ronald Colman), who, enlisted to help fight a bubonic plague outbreak, abandons protocol in order to save as many lives as possible. The film was nominated for four Oscars, winning none. 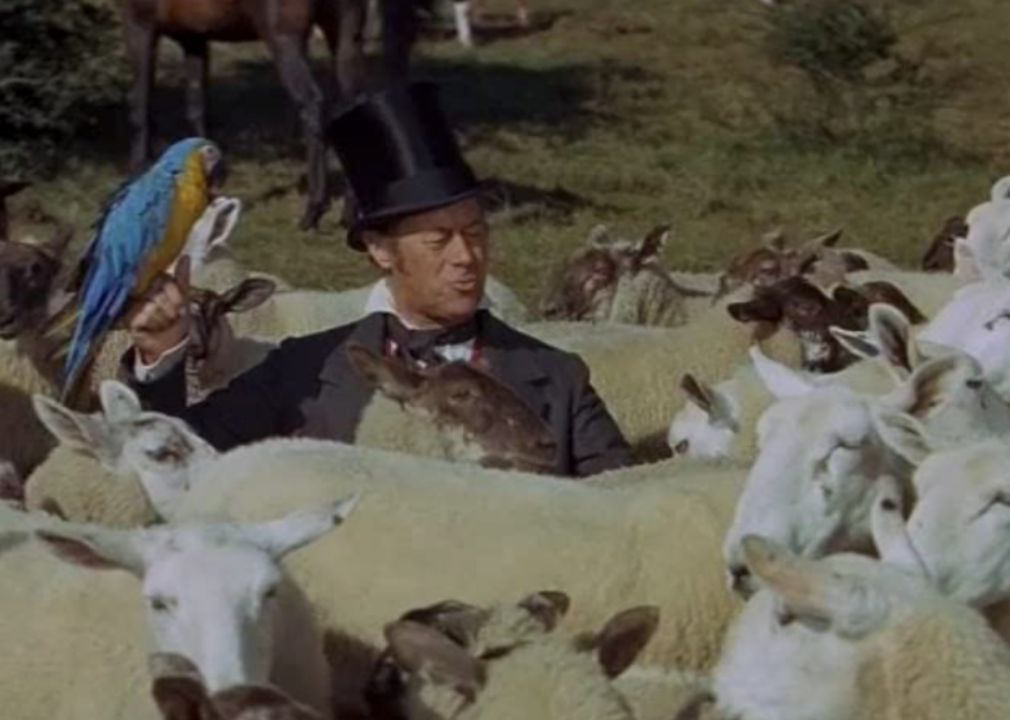 This musical comedy was beset by production problems and controversies before arriving in theaters, where it became a bomb of epic proportion. Thanks to an aggressive campaign from Fox Studios, it scored nine Oscar nominations in spite of its many flaws. It won for Best Special Effects and Best Song. 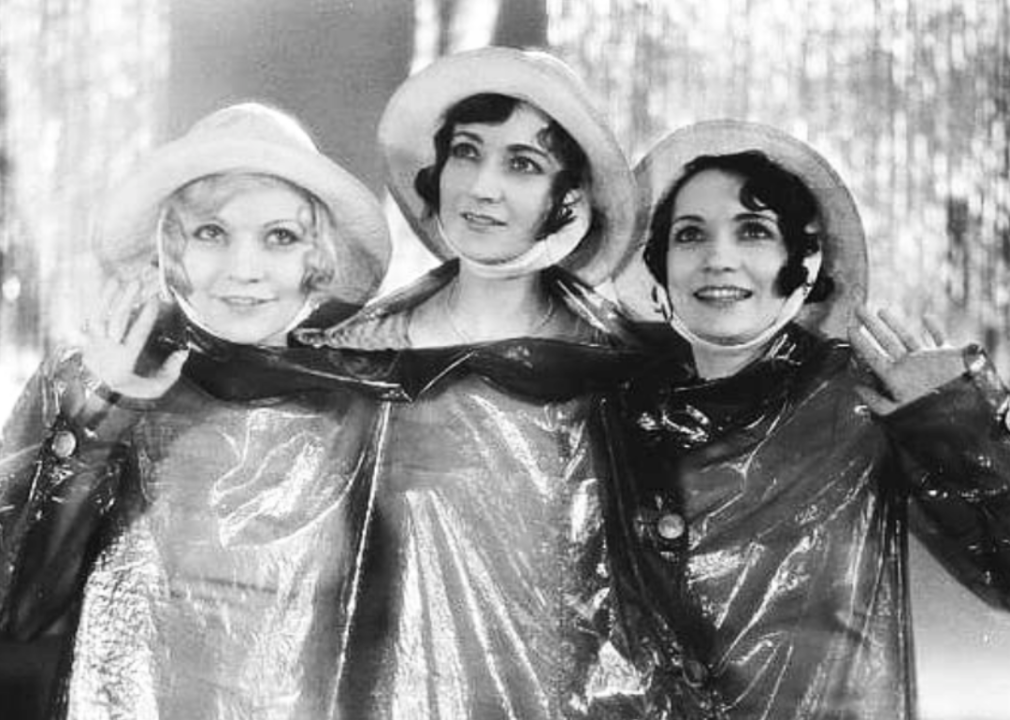 There were no official nominees at the second Academy Awards in 1930, prompting the Academy to retroactively put this plotless musical comedy in the running for Best Picture. As the title might suggest, the film is little more than a compendium of song-and-dance numbers from MGM’s stable of stars such as Joan Crawford, Norma Shearer, Stan Laurel, and Oliver Hardy. 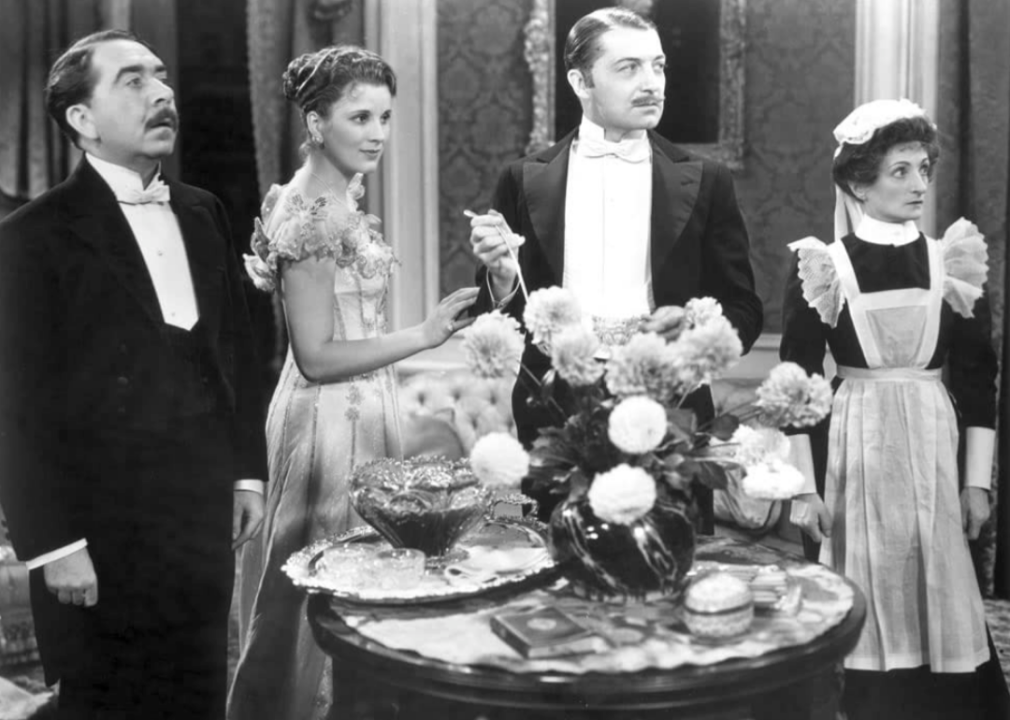 This pre-Code drama spans multiple decades and centers on two British families from starkly different economic backgrounds. Despite high critical marks for production value, to this day it has failed to find a welcoming audience. It won three Academy Awards, including Best Picture and Best Director. 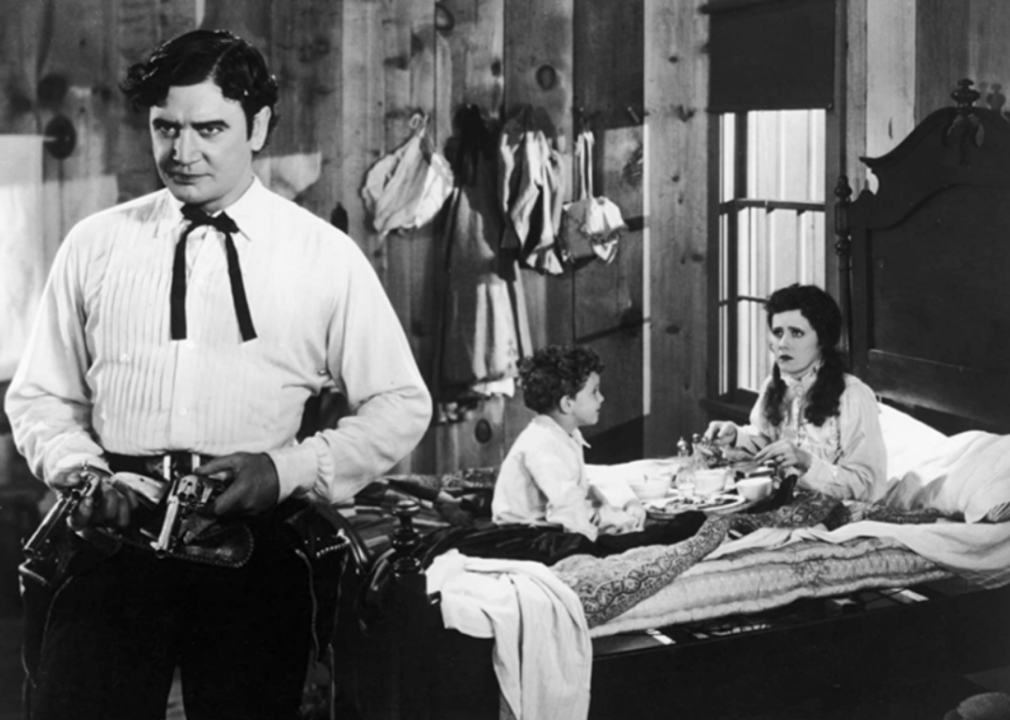 This epic adventure from RKO Studios was one of the most expensive films ever made at the time of its release and a huge box office success to boot. It was also the only Western to win Best Picture at the Oscars until “Dances with Wolves” took home the trophy in 1990. Based on an Edna Ferber novel, the film finds numerous people converging on an Oklahoma boomtown in the late 19th century. 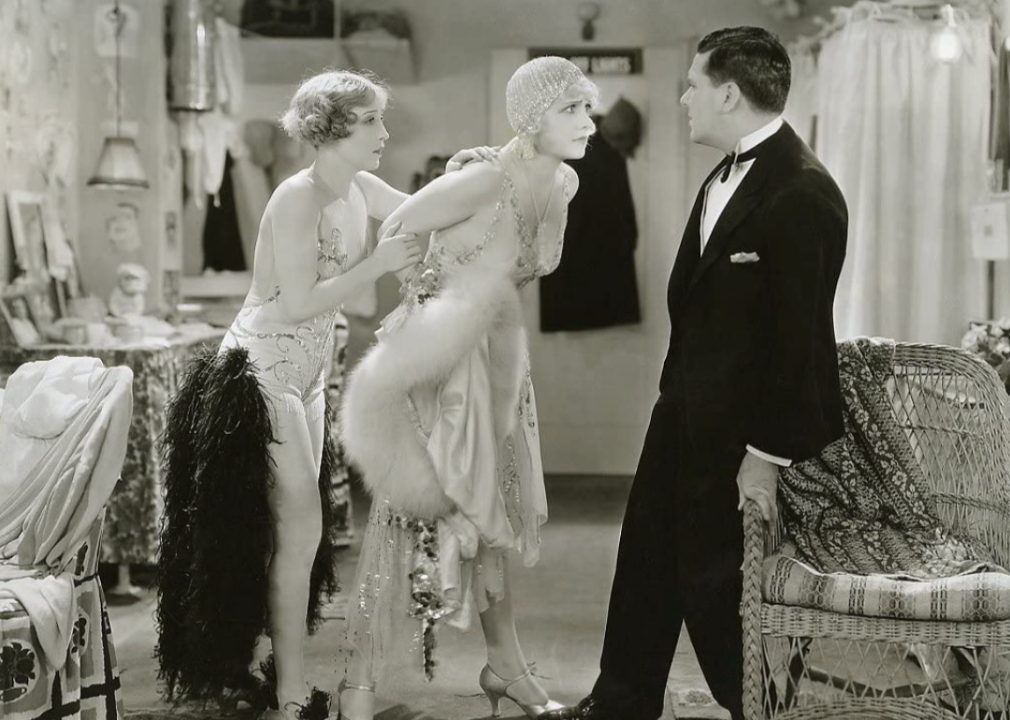 The first-ever Academy Award for Best Picture went to Hollywood’s first all-talking musical, which was also alternately released as a silent film. The story follows two sisters (Bessie Love and Anita Page) as they pursue their Broadway dreams, getting romantically entangled along the way. “It is questionable whether it would not have been wiser to leave some of the voices to the imagination,” wrote critic Mordaunt Hall for The New York Times.