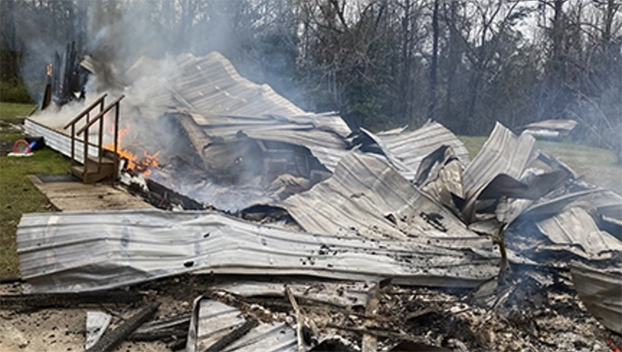 A Mississippi police officer and his family, including a 3-year-old son, lost their home to a fire Tuesday afternoon.

Natchez police officer Dequatarrius Jackson and his fiancé and 3-year-old son left their house on Stampley Road in Fayette during the severe weather Tuesday afternoon, Natchez Police Chief Joseph Daughtry told the Mayor and Board of Aldermen at their regular meeting Tuesday.

“They lost everything,” Daughtry said. “They are still in shock.”

Daughtry said the house caught fire and burned after Jackson had taken his family to his mother’s house during the storm.

Daughtry said those who wish to donate to help Officer Jackson and his family may contact Commander Cal Green at the Natchez Police Department, 601-445-5565.