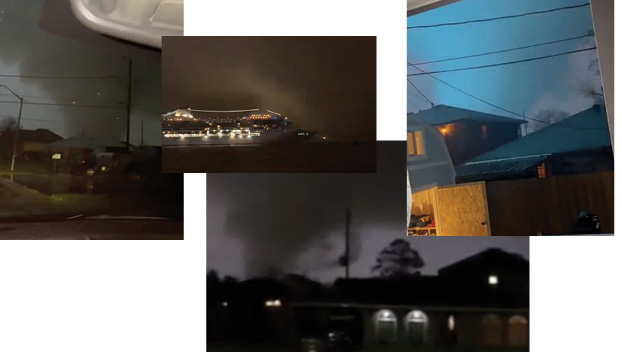 Cameras from numerous vantage points in the Big Easy captured the powerful tornado that ripped through the suburbs of New Orleans Tuesday. Below are six videos posted on Twitter of the multi-vertex tornado that crossed in the ninth ward and Arabi area.

🌪️ WOW. Incredible view of the tornado near New Orleans earlier as seen from the Mississippi River while a cruise ship passed by.

WOW. A view of the tornado in New Orleans #LAwx pic.twitter.com/mpuLTc8Rd4