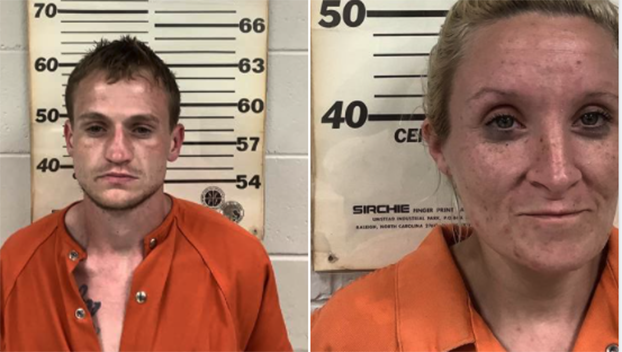 Two people were arrested for grand larceny after they reportedly got a golf cart filled with stolen items stuck in the mud.

Pike County Deputies were dispatched to the 1100 Block of Boyanton Road in reference to a report of suspicious activity.

The witness called Dispatch stating that she saw a white male wearing a white jacket and a white female wearing a black shirt trespassing at an unoccupied camp. They were later seen leaving on a golf cart and carrying away items.

When Deputies arrived on scene, suspects fled into the woods and left the golf cart stuck in the mud.

After a brief chase, subjects were identified as Cody Phelps and Crystal Hull.

Both subjects were transported to Pike County Jail and charged with Grand Larceny, Conspiracy, Petit Larceny and Trespassing. No bond has been set.