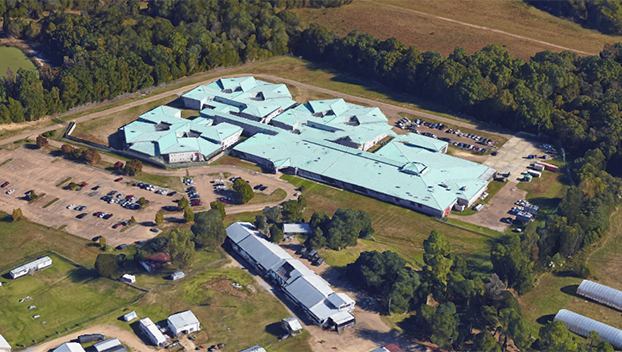 A federal judge has issued a second contempt order over poor conditions at a county jail in Mississippi, where court monitors found staff members are afraid to work in a housing unit controlled by gangs of inmates.

The jail is divided into housing units called pods, and Reeves wrote that conditions in Pod A are “particularly egregious,” with gangs carrying out attacks and deciding which inmates receive meals.

“The living conditions, or lack thereof, and near-complete lack of supervision, have contributed to lawlessness in that part of the facility,” Reeves wrote.

Reeves cited the killing of one inmate by others in October in the pod. He wrote that video footage showed the man being hit in the head by one inmate and then stomped on by another. After the inmate died, he was dragged back and propped into a sitting position and was later laid down on a mat. Nine hours passed before officers found his body.

Reeves issued his first civil contempt order against Hinds County on Feb. 4, writing that officials in Mississippi’s largest county had failed to fix longstanding problems in the jail. From Feb. 14 to March 1, he heard testimony about conditions to determine whether to order a receivership in which the federal government would take over operation of the jail, with Hinds County paying the tab.

One of the court-appointed monitors of the jail, David Parrish, testified that Pod A is filthy and has broken lights, locks and showers. He also said the pod lacks fire extinguishers and fire hoses.

“Everything in the place is torn up,” Parrish said. “It’s just a very bad mess.”

The U.S. Justice Department sued Hinds County in 2016 after finding unconstitutional conditions at the jail, including “dangerously low staffing levels,” violence among detainees and violence by staff against detainees. It also found problems with treatment of juveniles and suicidal detainees. And, it said, the jail had cell doors that would not lock.

Hinds County supervisors agreed to a federal consent decree in 2016, saying the county would correct the problems. Supervisors promised again in 2020 to fix the problems as the county faced the threat of being held in contempt of court.

The legal action over the Hinds County jail is separate from an investigation the Justice Department began in February 2020 after an outbreak of violence in the Mississippi prison system.