What to know about flexitarian eating 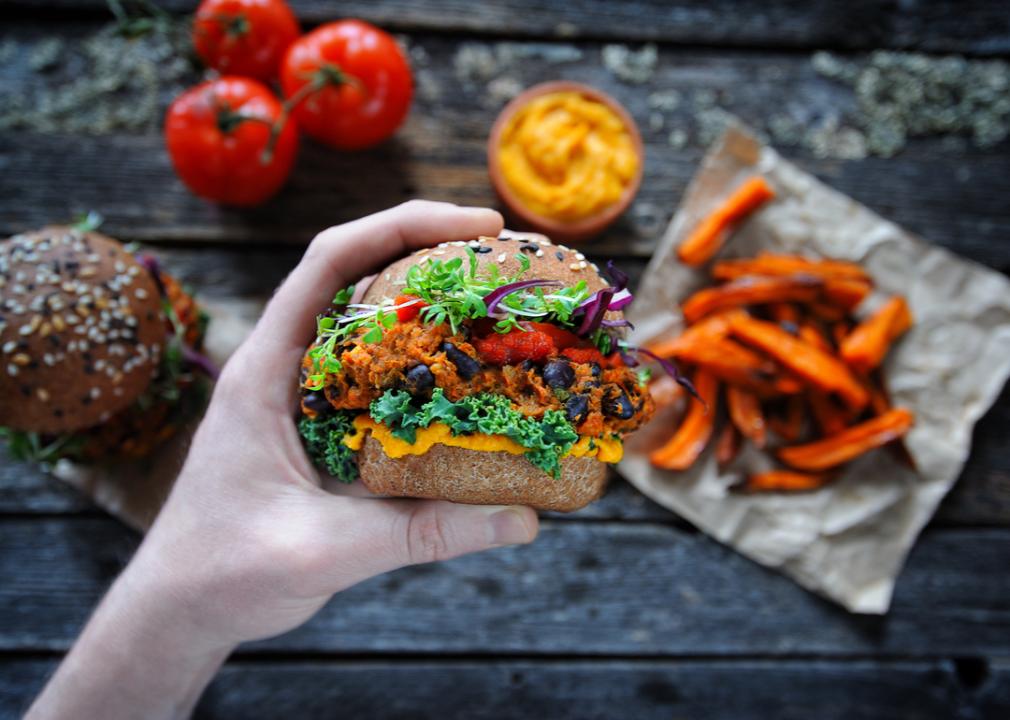 What to know about flexitarian eating

While plant-based diets have been rising in popularity, only an estimated 2% of people in the U.S. consider themselves vegan. An all-or-nothing approach to a plant-based diet is not for everyone, either due to allergies, health restrictions, cultural traditions, or other factors. Many people are more comfortable with the plant-forward concept of flexitarianism, which primarily involves eating plant-based foods as well as occasionally eating animal products in moderation. Animal-based foods, however, are not the main focus of the meal but rather serve as complements.

Reducing the consumption of animal products requires creativity as traditional culinary arts and teachings focus on animal products as a base. For example, Meatless Mondays are just what the name suggests: Mondays set aside for trying delicious, plant-based recipes and foods. Incorporating more meatless days during the week as time goes on can be a comfortable way to ease into a plant-based lifestyle. Another flexitarian approach is Vegan Before 6, or VB6, a meal plan created by New York Times food journalist Mark Bittman. On the VB6 plan, people stick to plant-based foods before 6 p.m., and also avoid sugar, white flour, white rice, and pastas during the day. At dinnertime, they eat what they’d like—though in moderation, ideally.

Those interested in adopting a flexitarian way of eating should be wary of consuming so-called vegan junk food, or the “french fry diet.” Highly processed meat substitutes can be high in sodium. Just because something is made from plants does not automatically make it good for the body. For instance, in a comparison between Burger King’s Impossible Whopper and its traditional Whopper sandwiches, both had around the same macronutrients, but the Impossible Whopper had more than 250 more grams of sodium than the traditional meat option.

As flexitarianism comes with several caveats, Thistle outlined what to know about flexitarianism, from the more casual approach to a plant-based diet. Read on to learn how this lifestyle not only impacts individuals but also the planet as a whole. 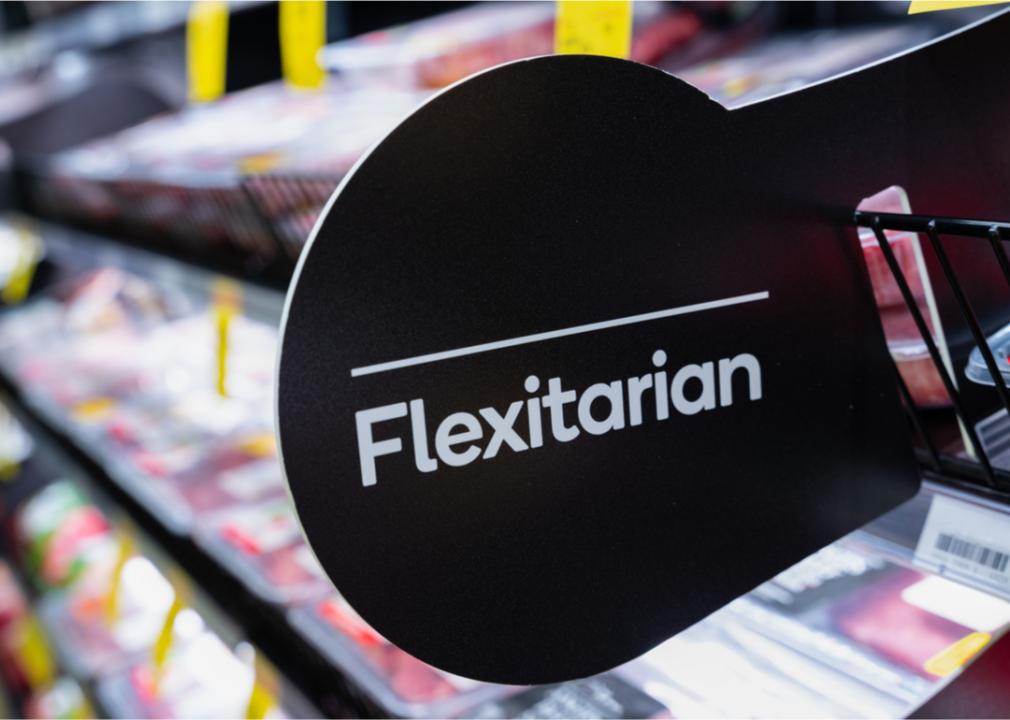 In a January 2021 One Poll survey, nearly half of Americans described their diet as flexitarian. They have significantly cut down on the number of animal products they consume and replaced these foods with plant-based alternatives. Additionally, research and analysis firm Research & Markets predicts plant-based foods will be a significant driver of the 4.1% annual growth of the U.S. processed foods industry. Kendall Dabaghi, CEO of food technology startup Kingdom Supercultures, said the growth of the plant-based food industry is well above double-digit percentage points annually. “In particular, this year we expect to see innovations in a variety of categories beyond plant-based meats, such as plant-based dairy products,” Dabaghi said. 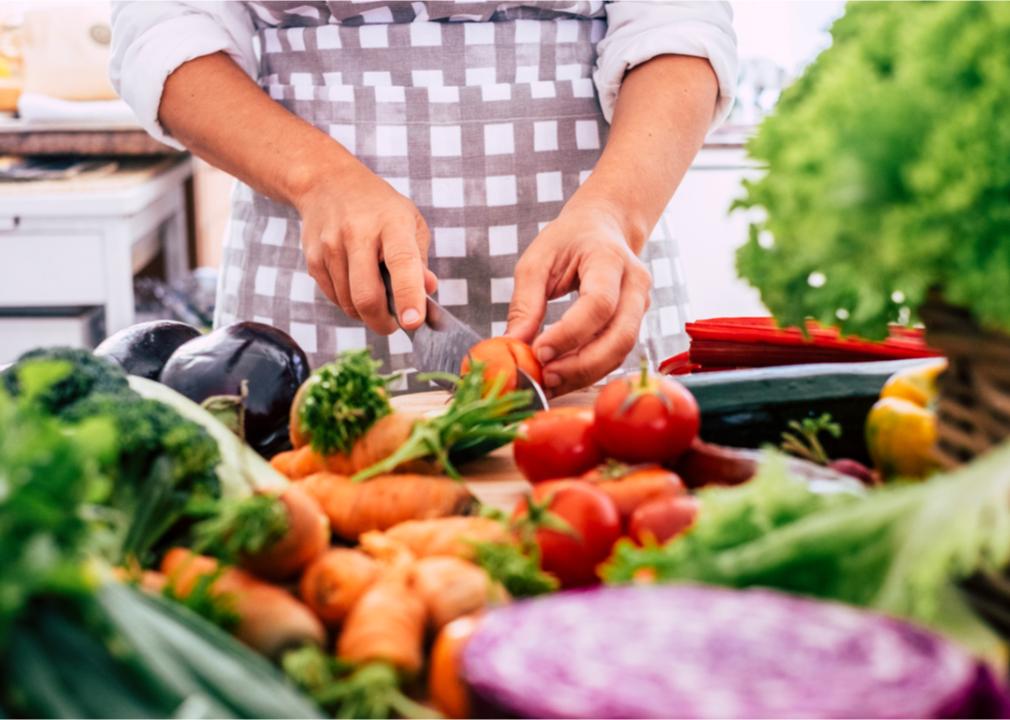 Flexitarianism grew largely out of the vegan movement, appealing to a wider consumer base

“Vegans, vegetarians, and pescatarians use the most plant-based dairy and meat alternatives,” said Jennifer Mapes-Christ, food and beverage publisher at market research firm Packaged Facts, in a 2020 press release. However, omnivores and flexitarians still make up a large percentage of those who eat these products, largely because there are more flexitarians than plant-based individuals. Younger consumers, in particular, are eating more plant-based foods, which suggests flexitarianism is gaining widespread acceptance. Additionally, Mapes-Christ expressed the current and future market for plant-based foods depends on omnivores and flexitarians eating more of these foods. For beginner flexitarians, reaching for substitutes for familiar foods can be one of the easiest ways to transition to a plant-based diet. Instead of learning a new recipe for black bean meatballs, working with a premade soy- or pea-protein-based meatball means little adjustment to the usual spaghetti and meatball dinner. Familiar flavors and textures make the transition away from meat more seamless as well. 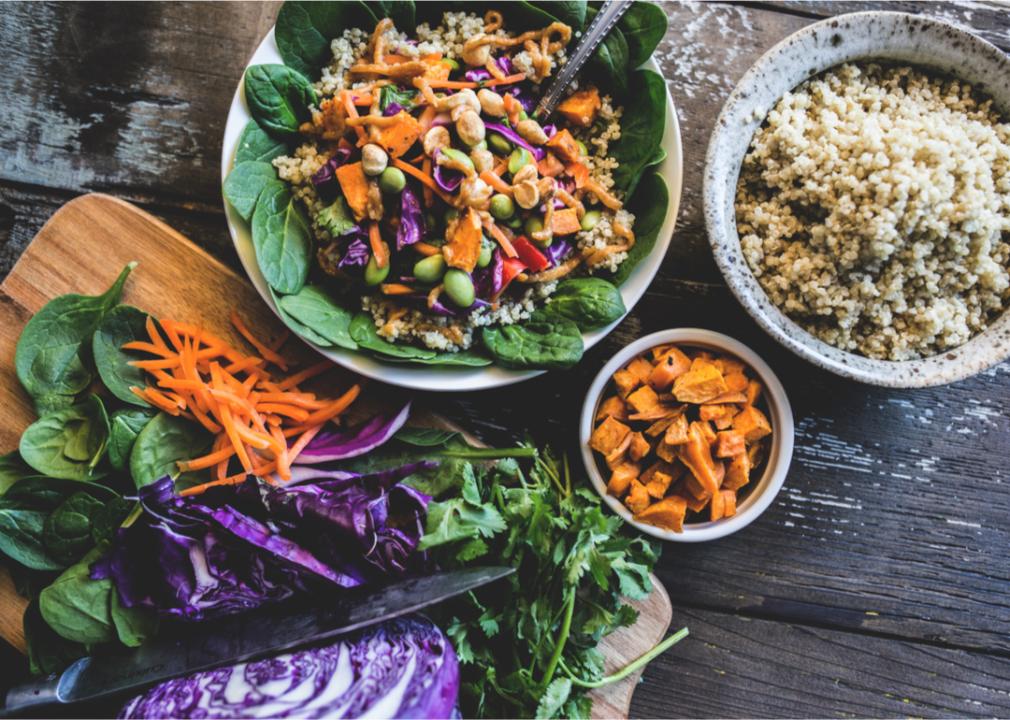 Reducetarianism has grown out of the greater flexitarian movement

Reducetarianism, or consciously reducing one’s consumption of animal products, includes anyone who wants to consume less meat, eggs, dairy, and fish, including vegans and vegetarians. The reducetarian movement has gained popularity because not everyone wants to or is able to follow an all-or-nothing diet. While the success of diets is highly dependent on the individual, some reducetarians—if they aren’t following a french fry diet—have reported lower cholesterol and are at a lower risk for diabetes. Reducetarianism takes the pressure off of committing to a vegan or vegetarian lifestyle while still letting people reap the health and ethical benefits of plant-based diets. 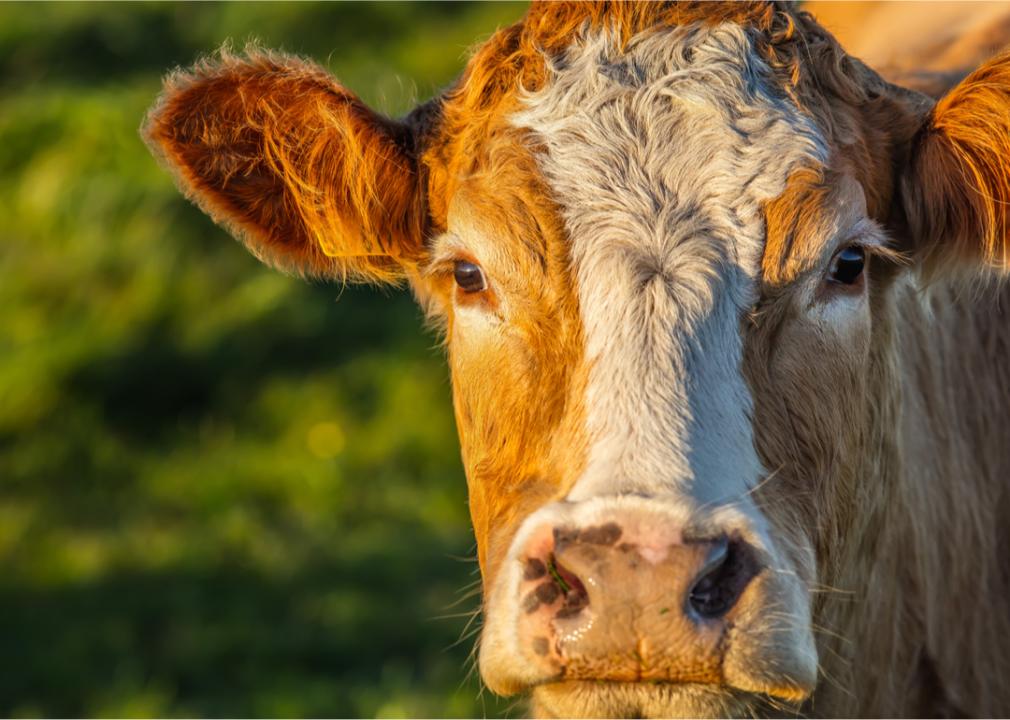 A 2021 study published in Nature Food found the production of animal-based foods accounted for 57% of global greenhouse gas emissions, while plant-based food production accounts for almost 30%. These findings confirmed those of previous studies: The production of animal-based foods is far worse for the environment than plant-based foods. Atul Jain, corresponding author of the study and a climate scientist at the University of Illinois, told The Guardian the results were at the high end of what he and his colleagues expected. “Policymakers may want to use the results to think about how to control greenhouse gas emissions,” said Jain. 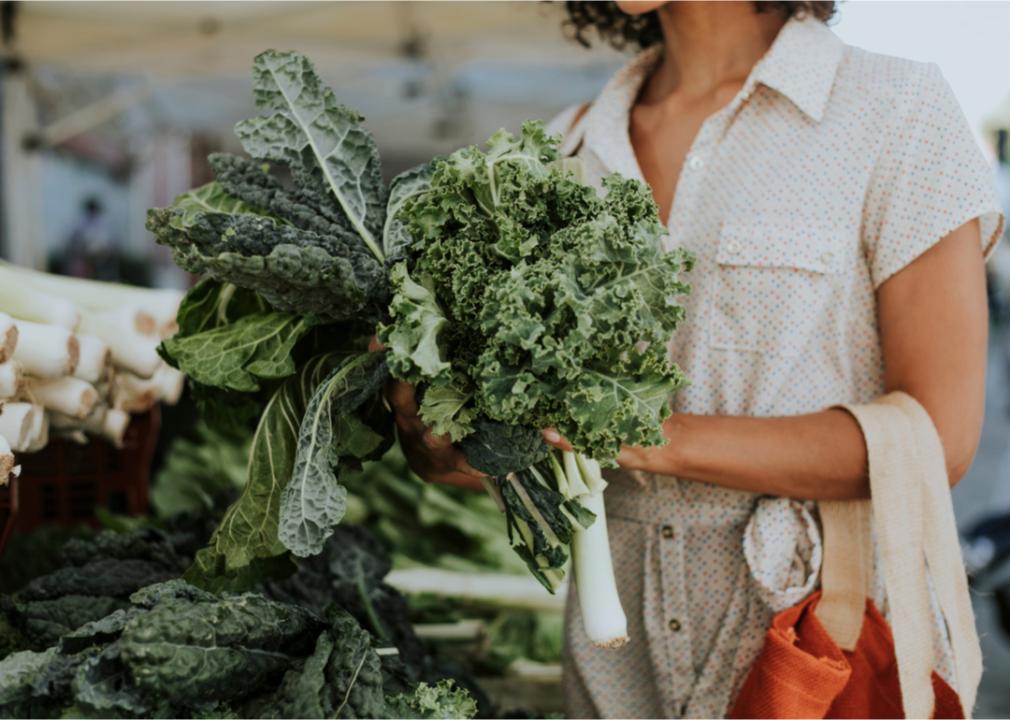 In a 2021 survey of more than 1,000 people by the International Food Information Council, 39% ranked the perceived healthfulness of plant-based meat alternatives among the top-three reasons they incorporated these foods into their diet. The most sought-after health benefits of meat alternatives included high quality or complete protein (43%), heart health (41%), and protein content.

While plant-based diets have health benefits, many processed and fake meat products contain more sodium than the real thing. When the nutrition label of a popular plant-based meat alternative was compared with that of 85% lean, grass-fed beef, the plant-based product had more sodium per 4-ounce serving than real beef. Diets are not one-size-fits-all as different bodies need different nutrients, so it’s important to consult with a doctor before making a drastic dietary shift. 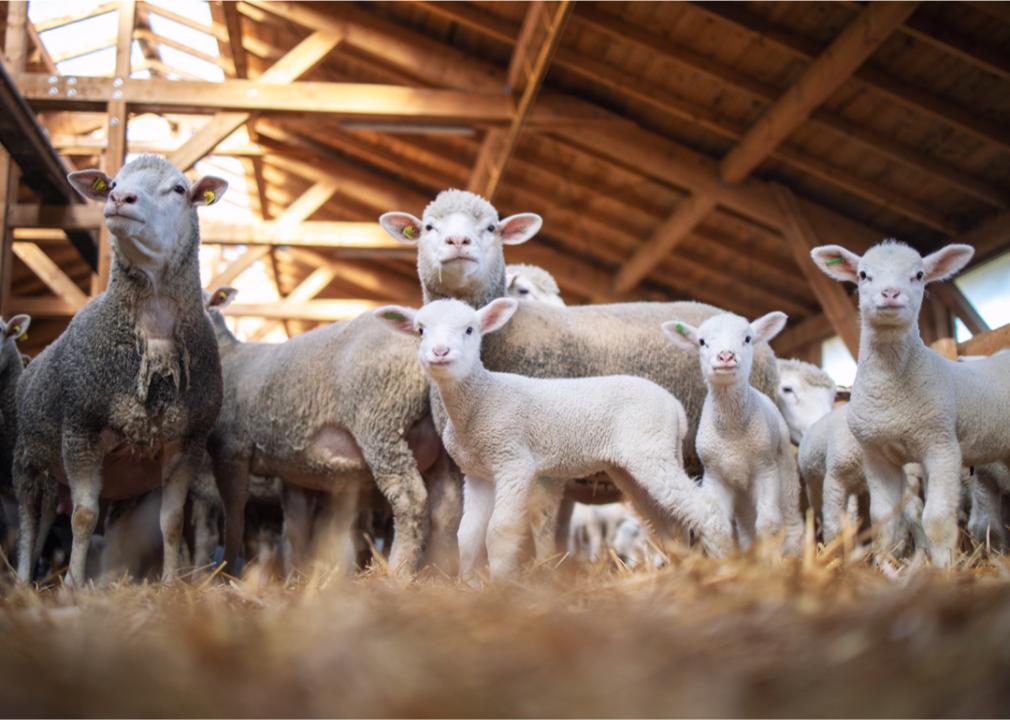 Some consumers go flex in support of animal welfare

In a 2014 study in Ecology of Food and Nutrition, Belgian researchers found concern for animal welfare and the environment were the strongest motives for becoming a vegetarian. In the study, vegetarianism was defined as eliminating all meat from the diet. In 2016, a team led by German researchers found, via an online survey, that, compared to vegetarians, vegans rated animal welfare as a more important motive for their dietary choices. But not everyone can take an all-or-nothing approach. According to the Reducetarian Foundation, replacing animal products with plant-based alternatives by any amount can greatly improve animal welfare.