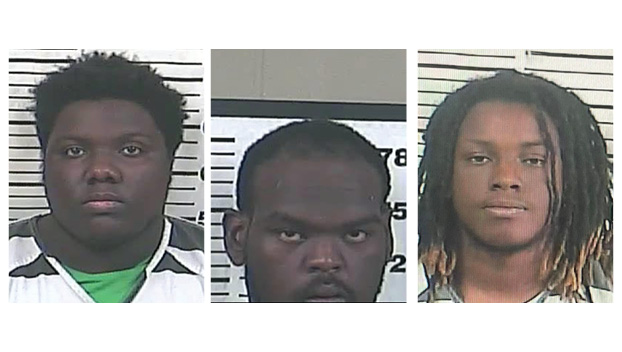 Seven people, including four juveniles, have been arrested in connection with multiple burglaries of gun stores throughout the state.

In the early morning hours of Tuesday, March 22, 2022, Perry County Outfitters was broken into in Beaumont. Video surveillance showed several individuals entering the store and taking out several firearms.

The owner of the store arrived at approximately 8:30 am that morning to open up when he noticed that his front door was forced open.

When Perry County deputies and the Beaumont Police Department arrived on the scene, an investigation revealed that approximately 44 firearms had been stolen.

Further investigations were conducted by Perry County investigators and  Greene County deputies. For the next two days, investigators worked on several leads that led to the arrest of several subjects in connection with this incident. They were able to recover 14 of the stolen guns.

They were collected and then secured in Perry County evidence.

Investigations continue in search of the remaining missing firearms.