Mississippi GOP senator shocked by redistricting plan that effectively puts her out of office: ’No way I could win this seat’ 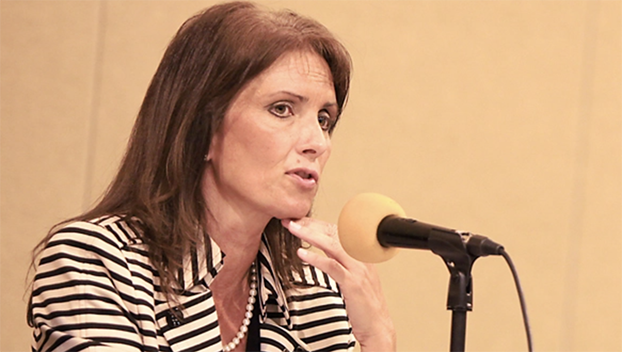 The Mississippi Senate on Tuesday approved a legislative redistricting map that Natchez’s Melanie Sojourner, state senator for District 37, said will put her out of office in November 2023.

The proposed district map, made necessary by changes in population from the 2020 Census, combines most of the district now represented by Sojourner, a Republican, with that of Sen. Albert Butler of Port Gibson, a Democrat, to create a single majority-Black district.

Sojourner said she is shocked and surprised that Mississippi Lt. Gov. Delbert Hosemann, a Republican, is not acting on what is best for the Republican party.

“After serving with him for three years, (Delbert Hosemann’s) core policies are much more in line with Democrats than Republicans. He has pushed for Medicaid expansion. He has expanded food stamps. He refused to cut income tax or cut spending,” she said. “His governing style is different than what is traditional to the Republican party.”

The proposed redistricting map was presented on Sunday to legislators.

“No one saw the map until Sunday at 3 p.m.,” Sojourner said. “They said they worked on this map for six months, but they gave us only three days — until Tuesday — before voting on it.”

Sojourner said on Monday she worked with the redistricting office to come up with alternatives that would meet the criteria for redistricting while protecting Republican seats.

“My goal today was to protect options. I was specifically told that they tried to their best, but no way possible to redistrict without eliminating my standalone district,” Sojourner said. “In one hour, (the redistricting staff) helped me draw not one but three different alternatives that would create a district in southwest Mississippi where a Republican would be viable.”

She said debate on the redistricting map had just begun when the question was called, meaning the Senate voted on the map without further debate, and it passed.

The redistricting map now goes to the state House for approval.

“The Senate map now goes to the House. The House cold make amendments to it, but there is nothing else we can do on the Senate end,” she said. “I never dreamed I would see a day where a Republican would push a map that would eliminate a Republican seat.”

Sojourner said running for the newly-created state Senate seat would be a “waste of money.”

“There would be absolutely no way I could win this seat. A Republican can’t be viable in this district. In fact, I’ve heard people talk about how a white Democrat would not be viable in the district,” she said.

Sojourner said she is uncertain as to what the future holds for her politically.

“That’s going to take a lot of prayer and consideration. The outpouring of support from the Republican base has been overwhelming. The people appreciate someone who is working to give their party a chance.

“I am going to follow God’s lead and whatever doors he wants to open for me. I have just absolutely enjoyed serving the people in our district. I’ve drawn tough lines in the sand and defended positions voters who elected me told me they wanted.

“I am going to focus on the task at hand. I’ve still got another year to serve the people of this district, and that’s what I’m going to do,” Sojourner said.