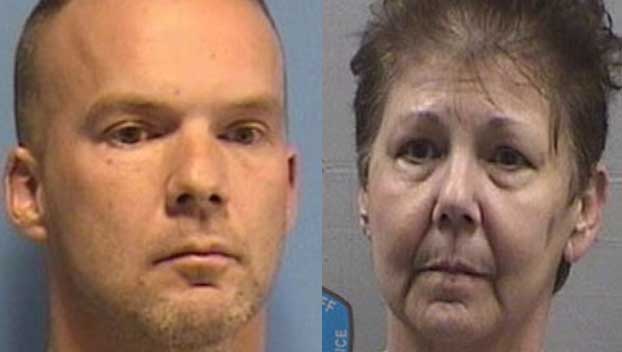 A mother and son were arrested in Louisiana for stealing more than $90,000 from an older family member, authorities said.

Detectives found during an investigation that Deborah Ann Sollberger of Picayune, Picayune, Mississippi, spent about $91,400 of her 88-year-old aunt’s money between July and February, the St. Tammany Parish Sheriff’s Office said Tuesday in a news release. She also donated her aunt’s vehicle — valued at $3,200 — to a friend.

The 66-year-old woman was arrested in New Orleans on March 20 on charges of exploitation of a person with infirmities, money laundering and obstruction of justice. She was released from the St. Tammany Parish jail on a $15,000 bond two days later.

Through further investigation, detectives discovered that the woman’s 40-year-old son, Kevin Lee Dunbar, from Lacombe signed onto an account with his mother. The sheriff’s office says the account was opened using funds illegally obtained from the woman’s aunt.

The mother also paid her son with additional checks using money from the aunt’s account. Of the approximately $91,400 spent, the sheriff’s office said $40,860 went to the man.

A warrant was issued for him on March 24. He was arrested and charged with principal to exploitation to a person with infirmities and money laundering. The son was released from the St. Tammany Parish jail the next day on a $10,000 bond.

“It is absolutely appalling that someone would take advantage of an elderly family member for their own personal gain,” Sheriff Randy Smith said.