‘Something not of this world’: Mississippi photographer captures images of unidentified object 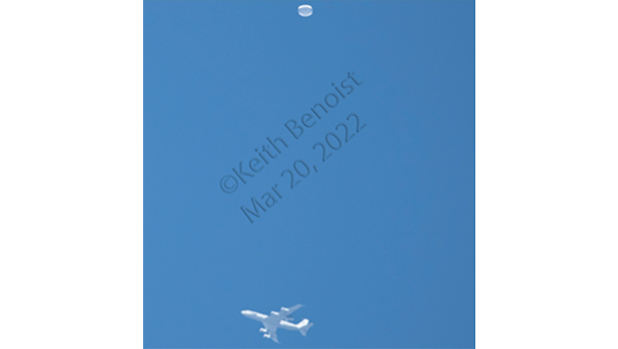 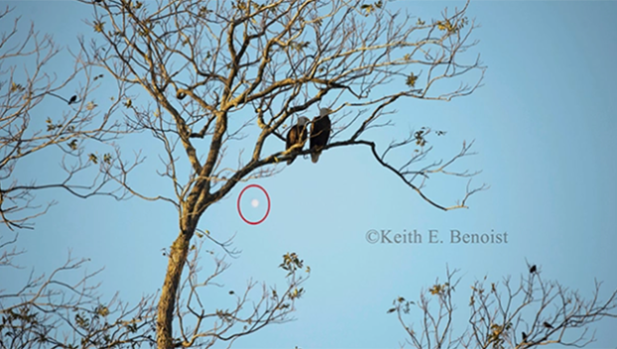 Look up in the sky to the north, said Schuchs who lives on Foster Mound Road. It was about 2:39 p.m., and something round and unidentified was floating above Adams County.

Benoist said he went outside and quickly returned for his camera, taking a series of handheld pictures before switching to a tripod.

“If you look at the object, you can see in a sense it is circular,” Benoist said. “It is a disk shape. It had a concave underside. You are looking at sunlight on one side, and on the lower portion, you aren’t. To me, it is not something that could be easily interpreted.”

He looked up again and took pictures when an E-3 AWACS, Advanced Warning Air Control System, jet appeared in the frame.

The E-3 was there for 11 seconds, according to metadata stored in the photo files before it passed. However, the circular object remained stationary in the sky.

Benoist said he shot almost 200 pictures of the object and the E-3. It was traveling to the east very slowly, he said.

The March photos weren’t the first time Benoist captured a mysterious flying object. Three years ago, on Nov. 10, he was taking pictures of bald eagles at Lake St. John.

After reviewing the photos, he noticed something odd.

“I got a shot of a pair of bald eagles in a pecan tree, and my image had an airborne object in the sky behind them,” Benoist said. “Let me put it this way. It was something not of this world.”