Actors who have been in over 100 films 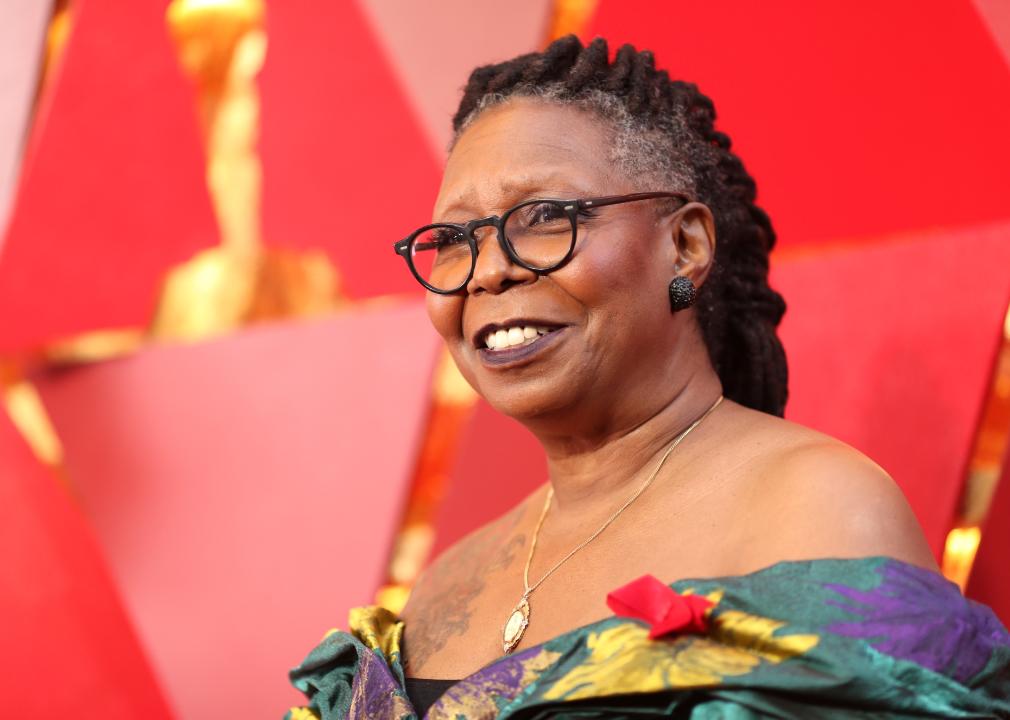 Actors who have been in over 100 films

Being a movie star may seem like a glamorous life: being rich, famous, and in the spotlight everywhere you go. But the reality of being a working actor is much, much different.

For every star who can essentially cherry-pick their roles—Brad Pitt, Leonardo DiCaprio, Nicole Kidman—there are hundreds more who take jobs as they come. They consistently audition for new roles even when their resume is strong and focus on showing their best performances on the screen, not just on red carpets or splashy magazine covers.

It is not uncommon for an actor to work on multiple films in any given year. With production schedules ranging from a few weeks for most independent films to several months or even a year for tentpole productions, many actors chase a variety of roles. Some actors even break the 100 mark, which is an impressive milestone and no easy achievement even for our most popular character actors.

Giggster looked into actors who have been in more than 100 feature films and chose 10 of the best performers to highlight. These actors have varied careers that when looked at as a whole dispel any assumptions made about their talent or range when simply thinking about their reputations.

As the film industry has evolved over the decades, actors’ resumes, by and large, have grown smaller and more focused, but this is not strictly the case. Certainly, a resume like John Wayne’s—who appeared in more than 175 films during his career—is unlikely to ever again be the norm, though it was not uncommon in cinema’s early days, even now there are working actors whose oeuvre has crested the century mark—in some cases by quite a lot.

All of the actors in the forthcoming list have appeared in several genres, playing a wide variety of characters, sometimes offering starkly different performances in films within the same year. Many of the names are recognizable, as these actors have become movie stars in their own right. There are a few, however, who have made a huge mark upon the movie industry without becoming international celebrities—despite perhaps deserving to be. This list is the perfect opportunity to appreciate their impact and talent, whether they’re no longer with us or still out there working. 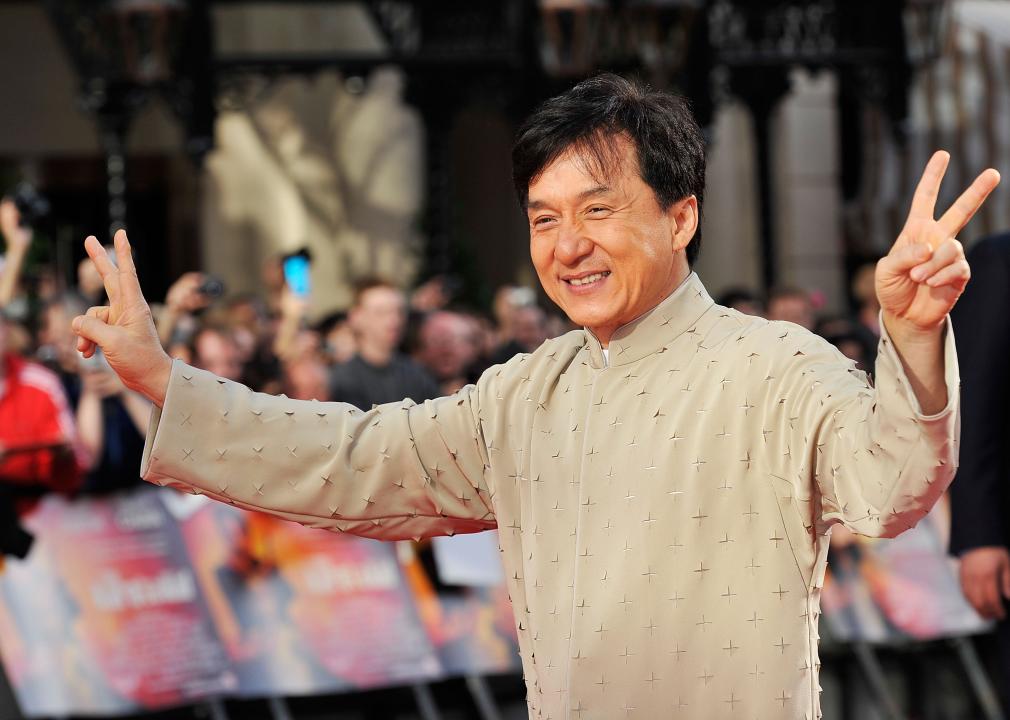 After Bruce Lee’s sudden death in 1973, Jackie Chan assumed the mantle as the next big star in Hong Kong martial arts films.

From his low-budget martial arts movies from the late 70s and early 80s to the comedic American action films of the 90s and aughts, Chan successfully blended humor and serious stunt work with a skill unlike any actor before him.

Among his most notable films are “Police Story,” “Drunken Master,” the “Rush Hour” series, and “Rumble in the Bronx,” which was the film that first brought Chan renown with American audiences. Chan received an honorary Academy Award in 2016 for his contributions to film. Chan has expanded his reach in Hollywood, becoming a successful producer, but he still manages to appear in multiple films each year. 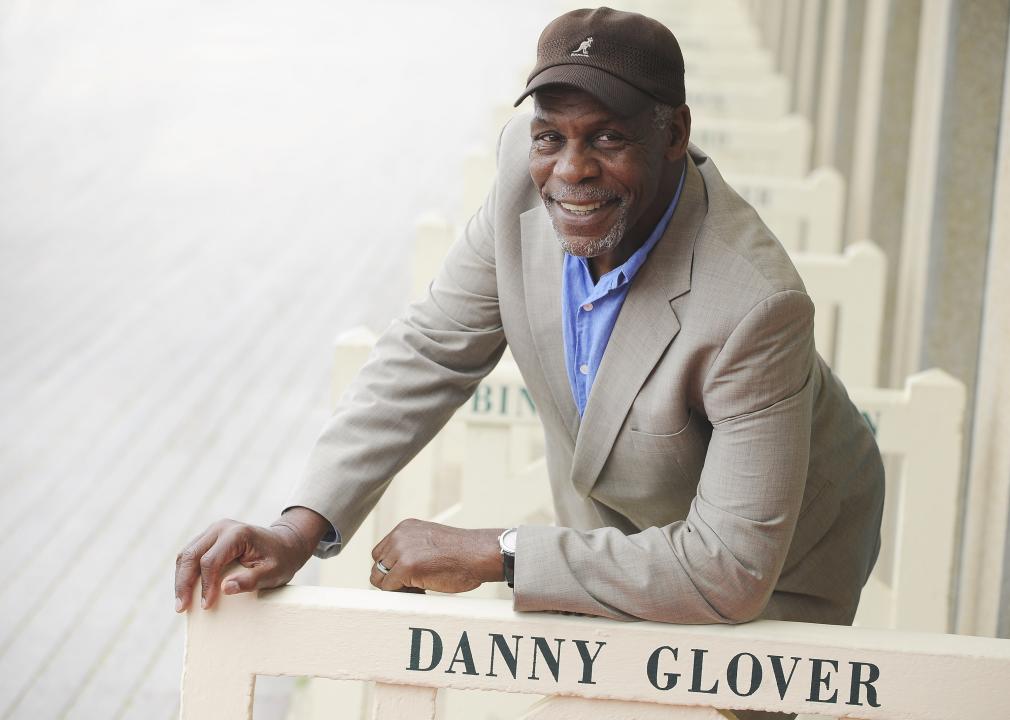 From his first breakout role in “Places in the Heart,” Danny Glover has created one of the most variegated careers in movie history.

He’s worked with some of the most prestigious directors on critically acclaimed films, including Steven Spielberg’s “The Color Purple,” Wes Anderson’s “The Royal Tenenbaums,” and Jonathan Demme’s “Beloved.” But Glover has also had his hand in almost every genre, from a role in the horror film “Saw” to his starring role in the “Lethal Weapon” franchise, where his aging police detective character Roger Murtaugh gave us one of contemporary culture’s best adages.

While Glover has never won an Oscar for his work, he has won an Independent Spirit Award for his performance in “To Sleep With Anger,” which was also one of many projects where he’s produced as well as acted. Glover has remained the kind of movie star whose presence onscreen amplifies the quality no matter the film. 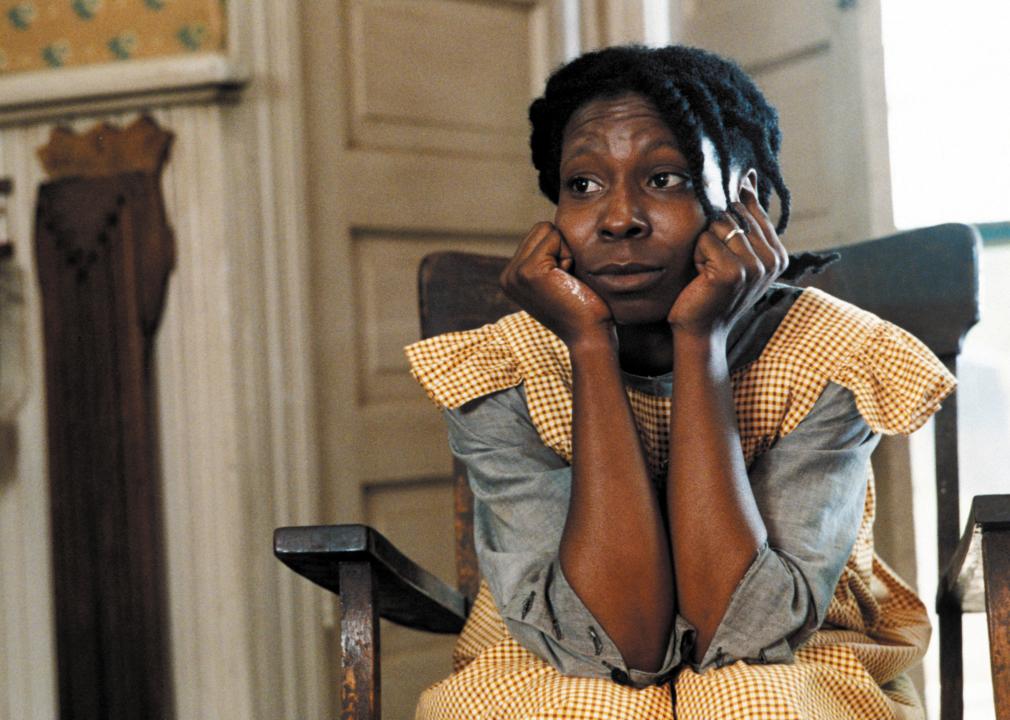 Before she became one of the hosts of the hit daytime talk show “The View,” Whoopi Goldberg was a bonafide movie star. From dramas like “The Color Purple” and “Ghost,” for which she won the Oscar for Best Supporting Actress, to box-office smash comedies “Sister Act” and “How Stella Got Her Groove Back,” Goldberg was a big draw throughout the 1990s.

Since then, Goldberg has come to be one of Hollywood’s most versatile character actors, appearing in films such as “Girl, Interrupted,” “Star Trek: Nemesis,” and “Big Stone Gap.” She has also developed a successful voice acting resume, with roles in animated films such as “Toy Story 3” and the popular Disney TV series “Elena of Avalor.” 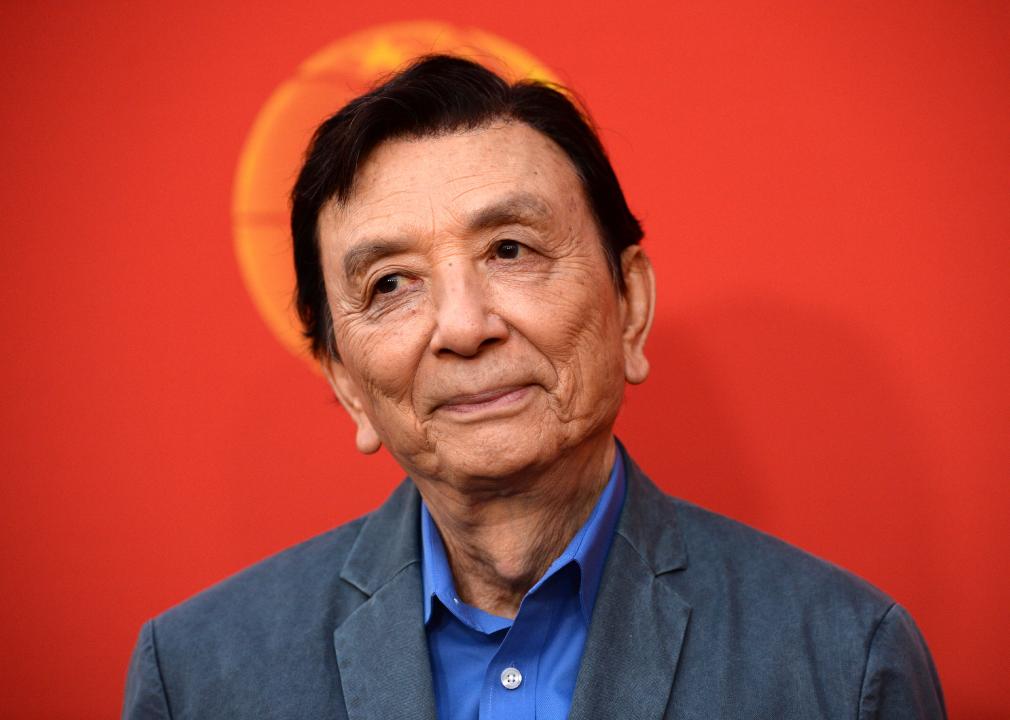 If his name doesn’t ring a bell, certainly his face or his legendary voice will.

James Hong has been acting in films since the 1950s, in a wide range of roles, and what has been consistent is his scene-stealing star power. Hong has appeared in classic movies such as “Chinatown,” “Blade Runner,” “Airplane!,” and cult classic “Big Trouble in Little China,” where he took on the role of an aged malevolent spirit deadset on resurrecting himself from the purgatory of a half-life. He has also lent his voice to hit animated movies like “Mulan,” “Kung Fu Panda,” and recent Disney+ hit “Turning Red.”

IMDb credits the 92-year-old Hong with a stunning 450 films and TV appearances. 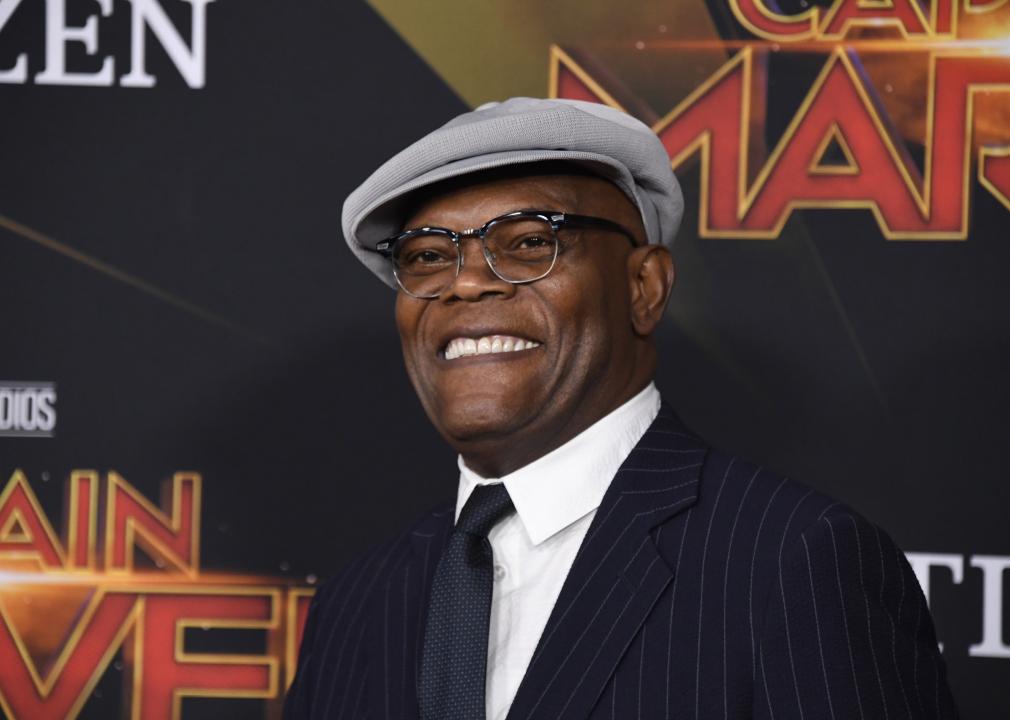 Directors like Spike Lee and Quentin Tarantino have Samuel L. Jackson to thank for some of the most iconic moments in their films, including “Pulp Fiction” and “Do the Right Thing.”

Cool, tough, and powerful, Jackson is impossible not to love in whatever role he plays and he’s had a wide range of roles. From his intense dramatic performances in films like “Eve’s Bayou” and “Time to Kill,” to his recent success as Nick Fury in the Marvel Cinematic Universe, Jackson has never gotten comfortable with just one kind of character.

There is, however, one turn of phrase he is quite well known for that has become such a staple of films that the final cut of one of his movies (“Snakes on a Plane”) was altered to include it. After competing in the 1946 Miss America pageant, Cloris Leachman bounced from theater to film to television throughout her long and diverse career.

In addition to starring in such classic films as “Butch Cassidy and the Sundance Kid” and “Young Frankenstein,” Leachman also became a familiar face in American homes each week on “The Mary Tyler Moore Show.” Leachman won the Academy Award for Best Supporting Actress in 1971 for “The Last Picture Show.” Playing the neglected wife of a school gym teacher, Leachman bested her co-star Ellen Burstyn for the award.

At 82 years old, Leachman reinvigorated the public’s interest by appearing on “Dancing with the Stars.” She died in January 2021. 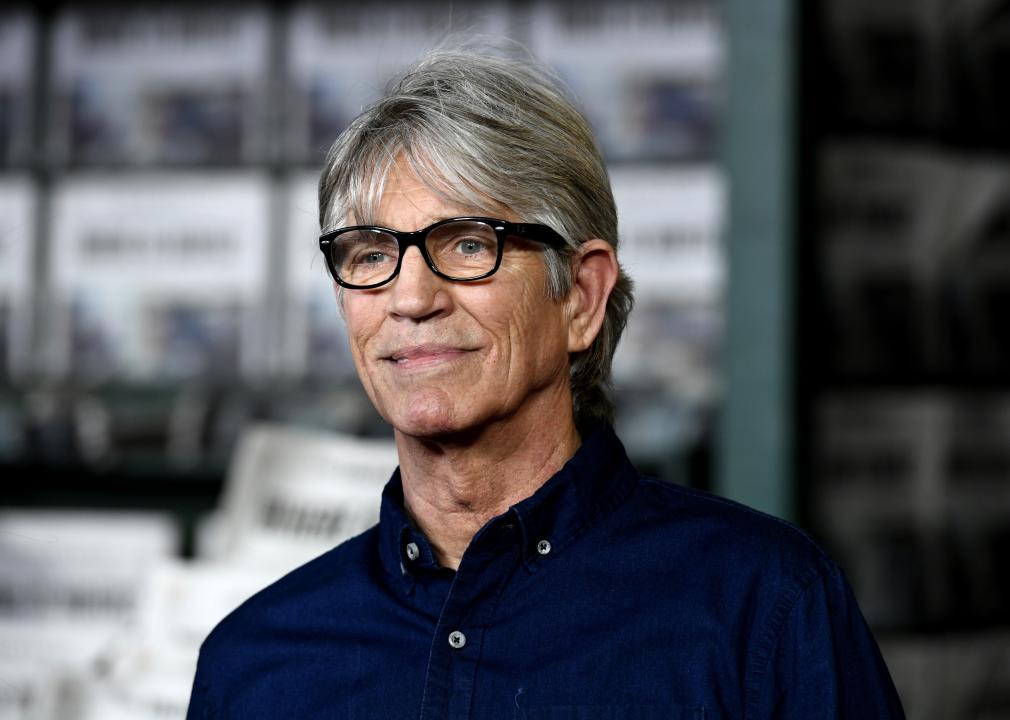 Eric Roberts is part of a successful Hollywood pedigree: His sister is Oscar-winner Julia Roberts and his daughter Emma has appeared in a slew of recent films, including the “Scream” series. Roberts began his career in 1978 with a role in “The King of the Gypsies,” for which he earned his first Golden Globe nomination; he received further nominations for Bob Fosse’s “Star 80” and “Runaway Train,” the latter of which also earned him an Oscar nod.

Roberts is the very epitome of the working movie actor, credited with more than 600 screen appearances. In recent years, he played a mobster in Christopher Nolan’s “The Dark Knight” and had a recurring role on the TV hit “Grey’s Anatomy.” 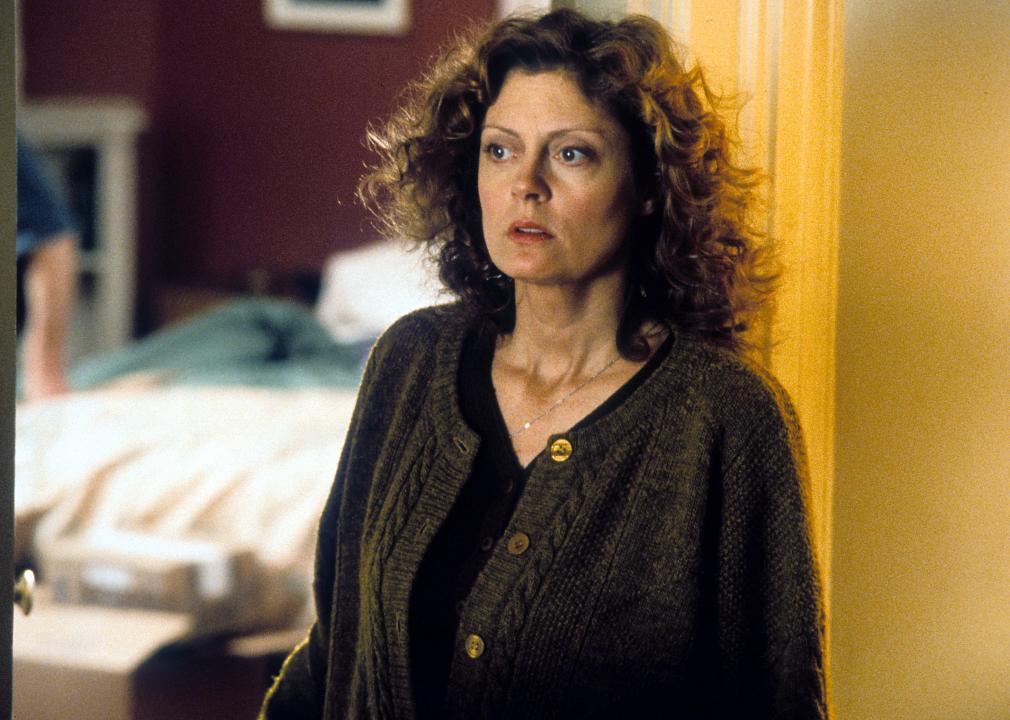 Susan Sarandon first graced movie screens with her role as Janet Weiss in the cult classic “The Rocky Horror Picture Show,” and it’s been an upward trajectory for the actress ever since.

Sarandon has been a five-time Academy Award nominee, winning in 1995 for her starring role as real-life anti-death penalty advocate Sister Helen Prejean in “Dead Man Walking.” She has also taken numerous roles that have caught the cultural zeitgeist, among them her turn as a waitress-turned-fugitive in Ridley Scott’s “Thelma & Louise.”

Off-screen, Sarandon is an active advocate for hunger relief and social and political justice. 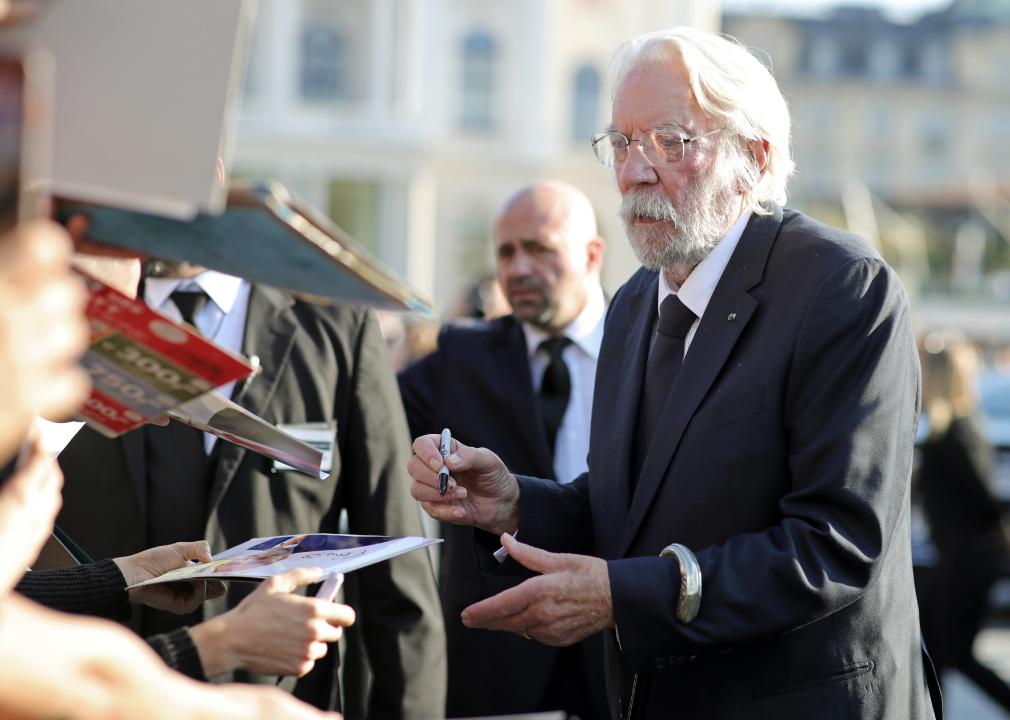 Truly talented actors have the ability to play evil villains and silly likable characters with an equal measure of authority. Donald Sutherland is just such an actor.

From incredibly emotional performances in films like Robert Redford’s “Ordinary People,” where he plays a grieving father, to his madcap rendering of Captain Hawkeye Pierce in Robert Altman’s military sendup “MASH,” to the devious, murderous President Snow in “The Hunger Games” series, Sutherland’s career has included many remarkable performances, that in 2017 earned him an honorary Academy Award for “a lifetime of indelible characters, rendered with unwavering truthfulness.” 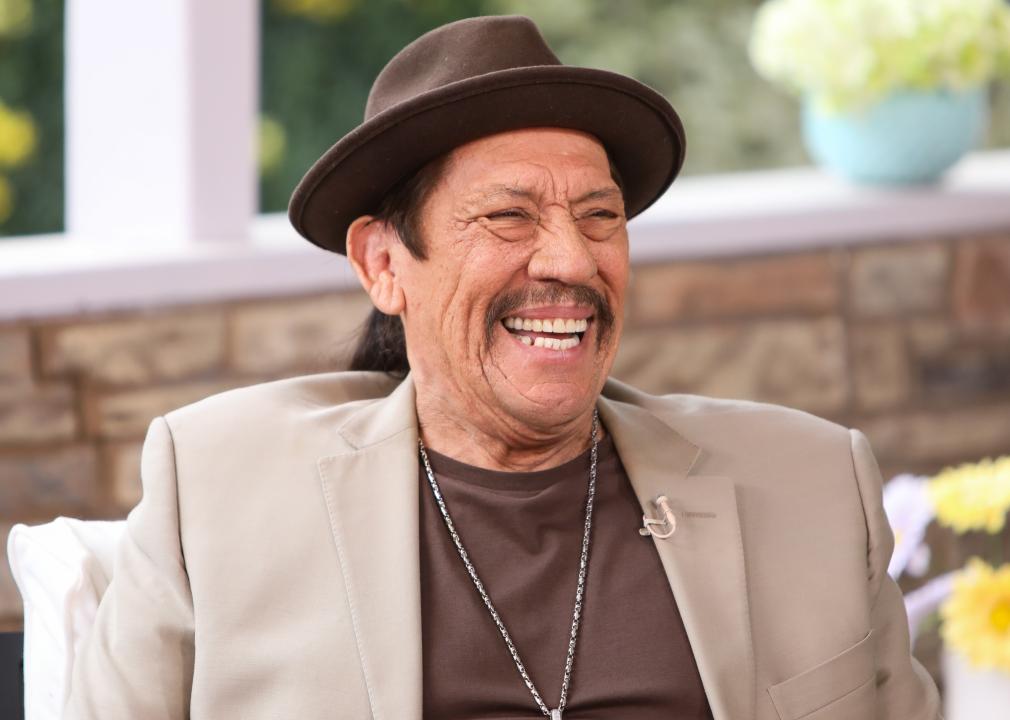 No one on this list is as tough and intimidating on-screen as Danny Trejo.

After spending his adolescence battling drug addiction and spending years in and out of prison, Trejo used the film business to help turn his life around.

In 1985, while training Eric Roberts in boxing on the set of “Runaway Train,” Trejo caught the attention of the film’s director, Andrey Konchalovskiy, and was hired to play the role of a convict. From then on, Trejo has practically cornered the market on slightly scary but very cool criminals in a range of movies, including “Desperado,” “Machete,” and “Heat.”

As Trejo has become synonymous with the criminal character, he’s found a way to poke fun at how people perceive him, by also appearing in comedies like “Anchorman: The Legend of Ron Burgundy” and “Grand Daddy Day Care.” In 2021, Trejo published a memoir where he opened up about his past struggles and the value of being a working actor.