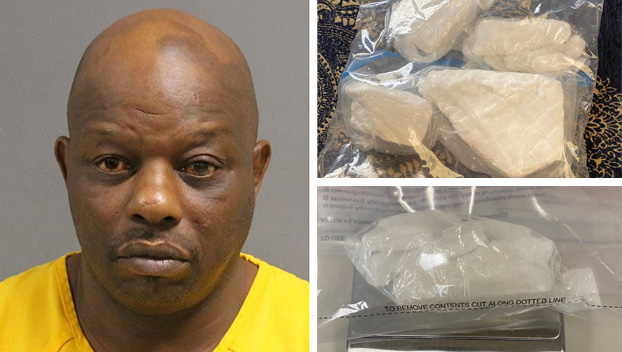 A Mississippi man was arrested Wednesday after officials seized more than 4 pounds of cocaine, meth and spice and $1,500 in cash during a drug bust.

Lofton was arrested after agents from the Hattiesburg Police along, Mississippi Bureau of Narcotics, DEA, Columbia Police Department, Forrest and Lamar County sheriff’s offices, and members of the High Intensity Drug Trafficking Areas Task Force made the drug bust.

Additional charges are pending, and the investigation is ongoing.