‘Someone surely saw this person’: Mississippi couple offers reward after electric scooter stolen 15 minutes after it was parked 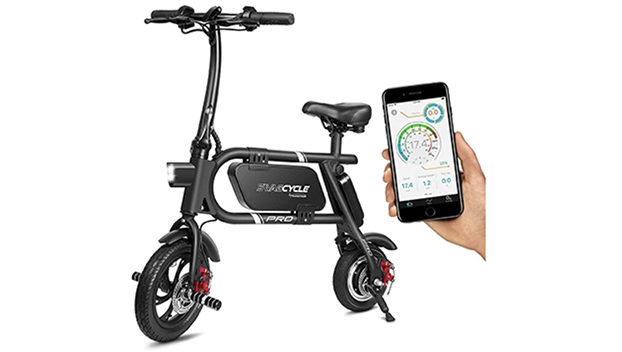 This is what the Swag Cycle, an electric scooter, looks like that was stolen Sunday Afternoon outside of The Corner Bar in Downtown Natchez. Jane Weems said her and her husband are offering a reward for its safe return. (Submitted Photo )

Jane and Sam Weems traveled from their home on Washington Street to the Corner Bar in Natchez Sunday afternoon with their Swag Cycle, parking it outside the bar.

Fifteen minutes later, Weems stepped outside and the electric scooter was gone.

“I walked back in and asked my husband where he put it. He said it’s right there. I told him ‘No it’s not’,” Weems said.

Some tourists sitting nearby at the Depot told her a slim, white male in a black and white t-shirt had gotten on the electric scooter and taken off, turning towards downtown around 4:30 p.m.

“We are asking people downtown to look out for it on their security cameras,” she said. “If anyone has seen anything or someone, please contact us. There were people everywhere. Someone surely saw this person.”

The Weems are prepared to offer a reward of $100 for the safe return of the electric scooter. They are checking the local pawn shops and have filed a police report with the Natchez Police Department.

This scooter can carry one rider and is not good at going up hills, Weems said. She said it had a quarter of a charge left, so she doubts it could have gone far in the downtown area. Additionally, she said if someone rode it to Under-the-Hill she doubts they could ride it back up.

If you have any information or photos of the suspect riding the bike please contact Weems at 318-381-4404.