Countries where Amazon is not the most-used e-commerce platform 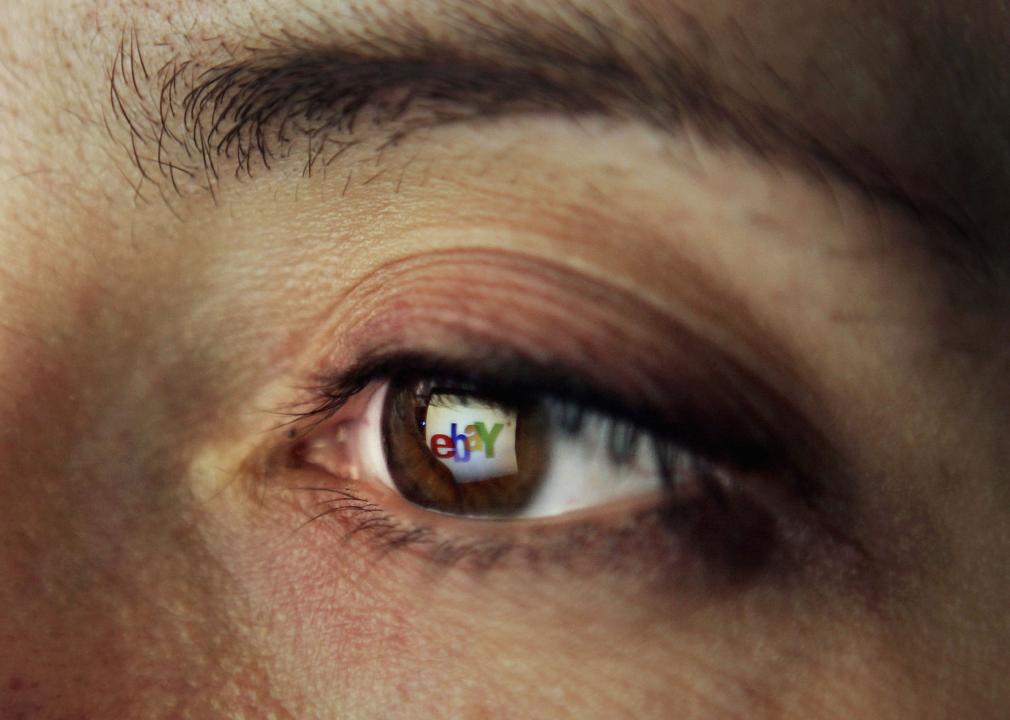 Countries where Amazon is not the most-used e-commerce platform

When you’re looking for a deal on your favorite jeans or searching for a specialty item not available at your local stores, there are dozens of e-commerce platforms to choose from. But if you’re like millions of people across the world, you may have headed for Amazon for your purchase.

As the planet’s largest e-commerce platform, Amazon generated a total net sales of about $137 billion dollars in the fourth quarter of 2021 alone. The app ranks as the most-used shopping site in the United States and more than 20 other countries where shoppers can’t get enough of its Prime Day deals and two-day deliveries.

But even with its dominance in the marketplace, it’s still got some competition. Smartlook curated a list of the countries where Amazon was not the most-used e-commerce platforms by analyzing data from GlobalWebIndex gathered in 2020. To compile the information, GWI provided a representative sample of internet users in 46 countries (where GWI has logistical partners for surveys) with a list of 26 e-commerce apps tracked by the marketing research firm. GWI then asked the respondents which apps they used in the last month. Responses were analyzed to create a list of countries with the highest rate of adoption for each app.

While Amazon was the most popular in 21 of the 46 responding countries, the survey found that “55% of internet users have used one of the 26 commerce apps” that were tracked. E-commerce has shaped the majority of internet users’ shopping experiences, and there’s a good chance that will continue into the future.

Sample sizes for each country ranged from 954 (Morocco) to 25,670 (U.S.) and were sourced from a range of people from 16–64 years old. Quotas were placed on age, gender, and education. Figures are representative of the online populations of each market, not its total population. In addition to noting countries that had the highest reported rates of use for a specific app, this story lists up to five other countries where the app was also the most popular. 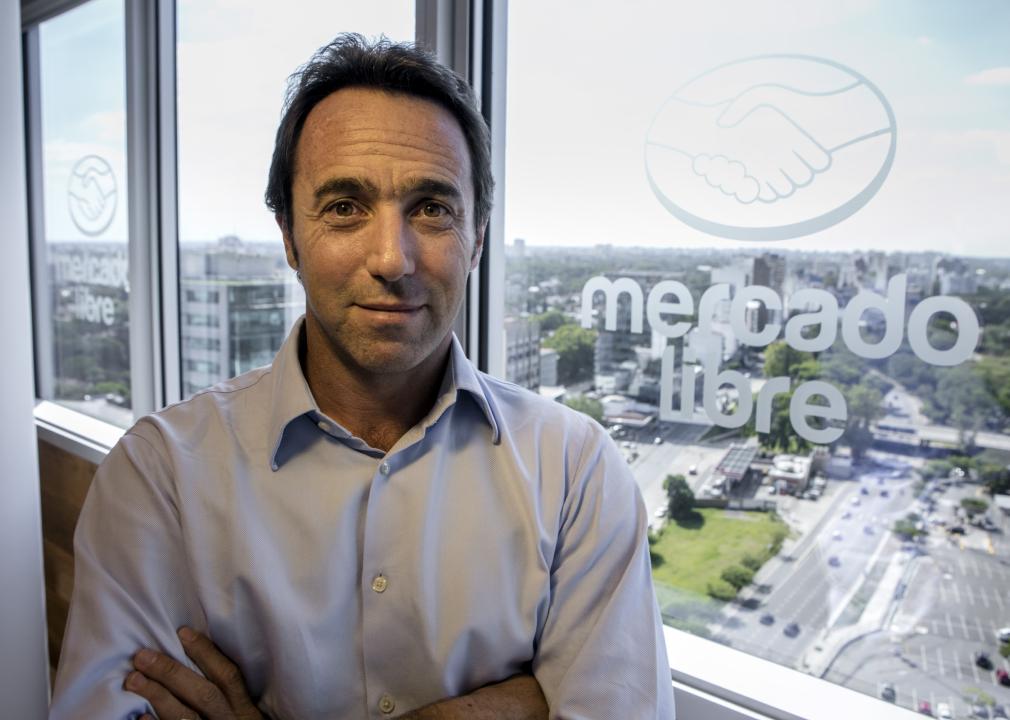 Founded in 1991 by Marcos Galperin while he was a student at Stanford University, MercadoLibre can be used all over Latin America. Inspired by eBay, Galperin created MercadoLibre with a similar auction-style marketplace. Users can purchase items ranging from laptops and beauty products to tools and bikes.

In 2021, MercadoLibre generated more than $7 billion in revenue, remaining a premiere app in Latin America at more than 30 years old. With its headquarters in Buenos Aires, it may not be too surprising that this e-commerce app generates most of its user base from Argentina. 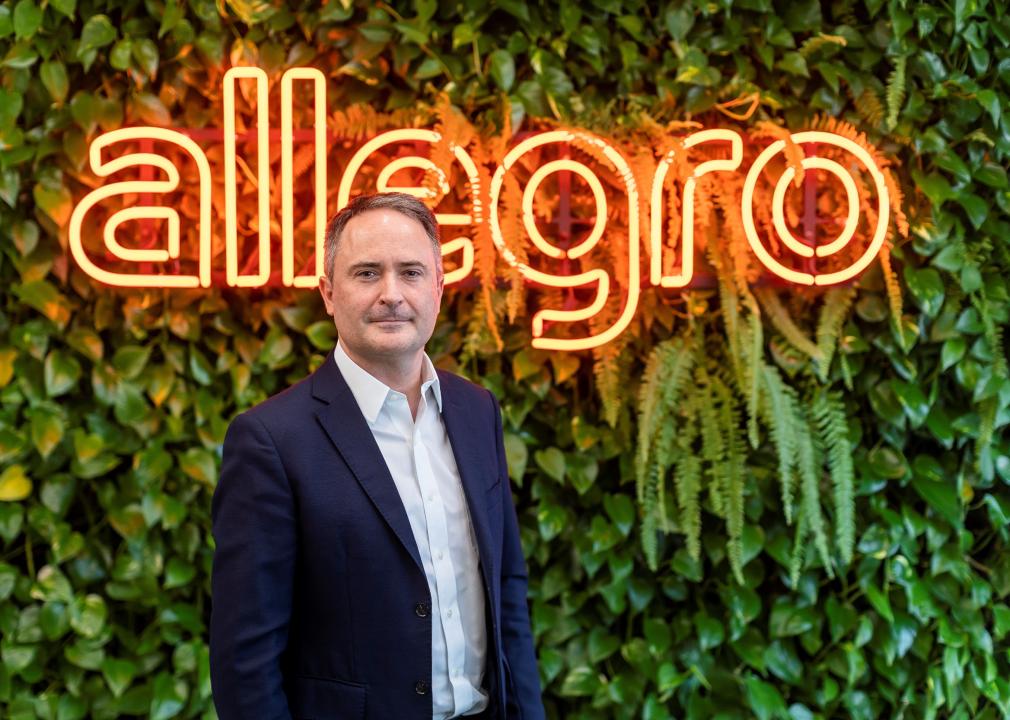 Allegro is one of the oldest e-commerce platforms on this list, having been established in Poznań, Poland, in 1999. According to the company’s website, the original version of Allegro’s software “was so small that it could fit on one floppy disk.” An average floppy disc could hold up to about 1.5 megabytes of data.

In 2010, the company developed mobile apps for shopping on the go, when they reached a million downloads by 2012. Allegro’s marketplace is made up of 125,000 retailers and claims to serve 20 million customers per month. In November 2021, Allegro purchased Mimovrste, the largest online retailer in Slovenia with 18 million members, in a deal worth 881 million euros. 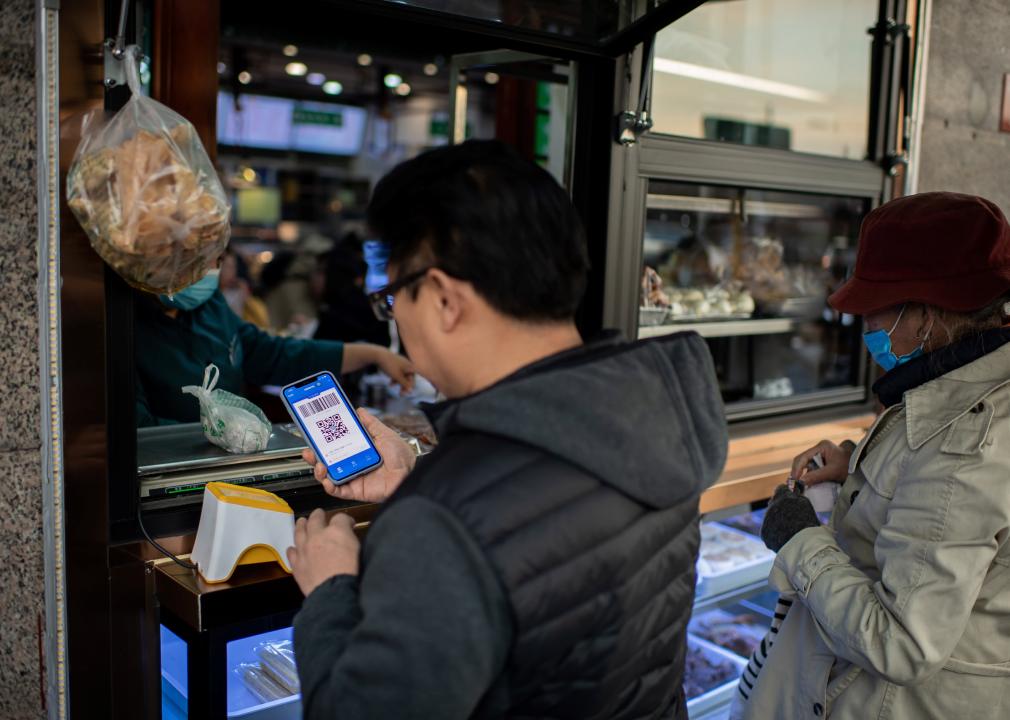 Similar to payment apps like PayPal and Venmo, Alipay is an eWallet app that allows users to pay for goods and services digitally. Founded by business mogul and investor Jack Ma, the company was created in 2004 by Alibaba Group in Hangzhou, China.

In 2013, Alipay surpassed PayPal as the most popular mobile payment platform. That year, the company announced that it handled $150 billion in online payments while PayPal only processed $27 billion. According to its Apple app store description, Alipay services are used by more than 1.2 billion users located all over the world. 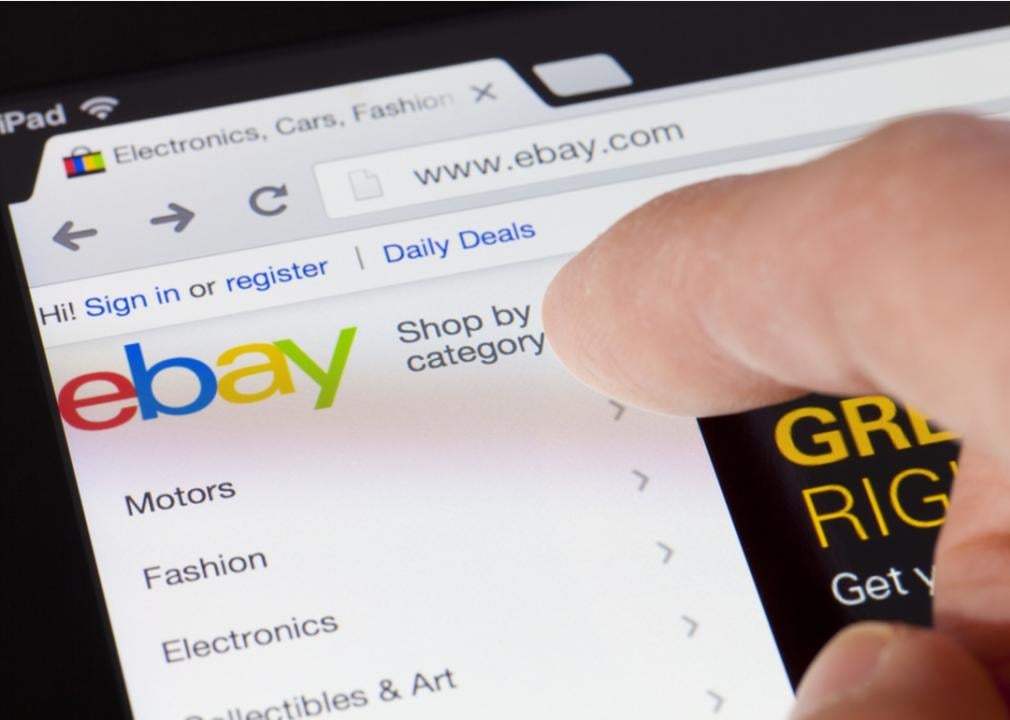 EBay is an online marketplace that can be used all over the world to sell and purchase products. Headquartered in San Jose, California, both retailers and private individuals can sell products on this platform.

Like Allegro and MercadoLibre, eBay was founded in the 1990s and was started by Pierre Omidyar, who grew up obsessed with computers. Reportedly, Omidyar started eBay after his partner told him she was having trouble finding PEZ candy dispensers to purchase after they moved to Silicon Valley. EBay eventually went on to become a public company, generating $10.7 billion in sales. In 2017, the company claimed nearly 3,000 Australians had become millionaires from their sales on eBay. 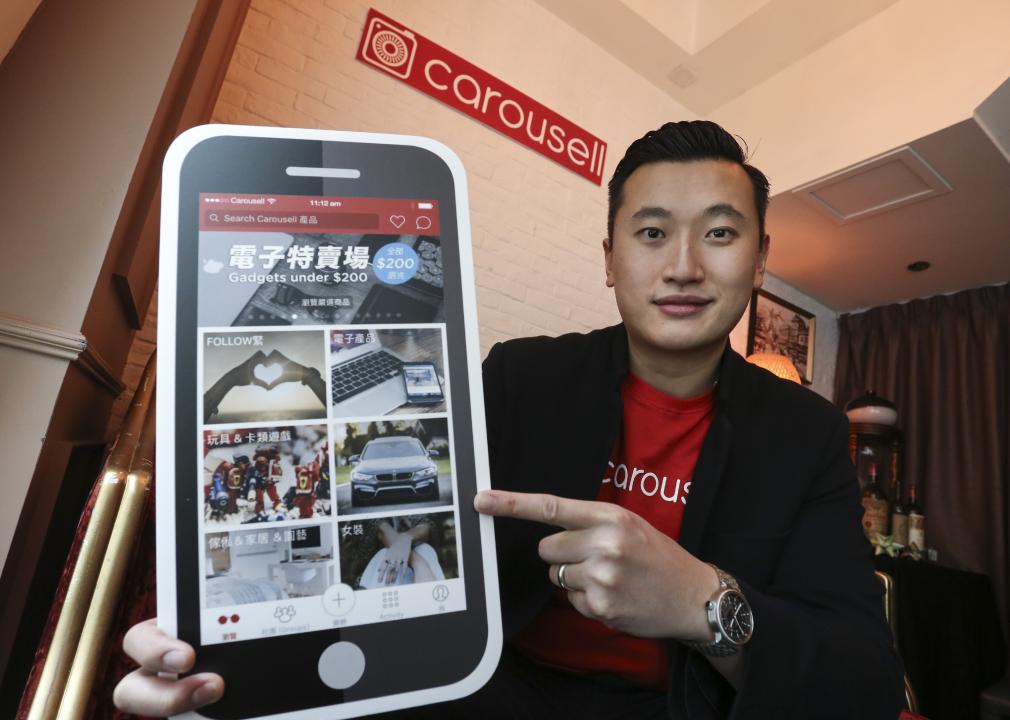 Carousell is a marketplace where users can sell anything from beauty products to bikes. As the app is headquartered in Singapore, it shouldn’t be much of a surprise that it’s proved so popular in this Southeast Asian country. In 2012, the company was founded by Quek Siu Rui, Lucas Ngoo, and Marcus Tan. A $75 Amazon Kindle was the first product sold on the platform.

In 2021, the company announced it received $100 million from a U.S. investor, bringing its value to $1.1 billion. Carousell can be used in Australia, Canada, Hong Kong, Indonesia, Malaysia, New Zealand, the Philippines, Singapore, and Taiwan. 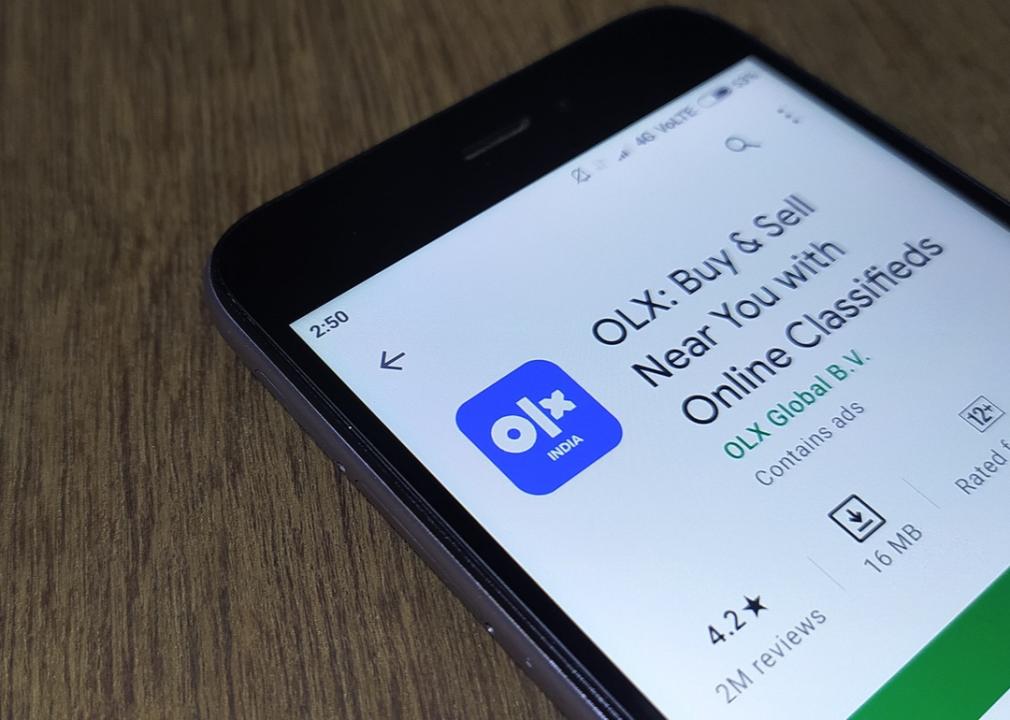 OLX is an e-commerce platform that claims to serve more than 300 million people on a monthly basis in more than 30 countries. Similar to Craigslist, app users can do everything from selling used cars to finding jobs. OLX was founded in 2006 and the company, OLX Group, is headquartered in Amsterdam, but has offices all over the world, including in Lisbon, Portugal.

Fabrice Grinda and Alec Oxenford founded the company in 2006, and, by 2014, OLX amassed 200 million users a month. OLX was first launched in India in 2009, then in Brazil the following year. OLX Group draws in about $1.3 billion each year. 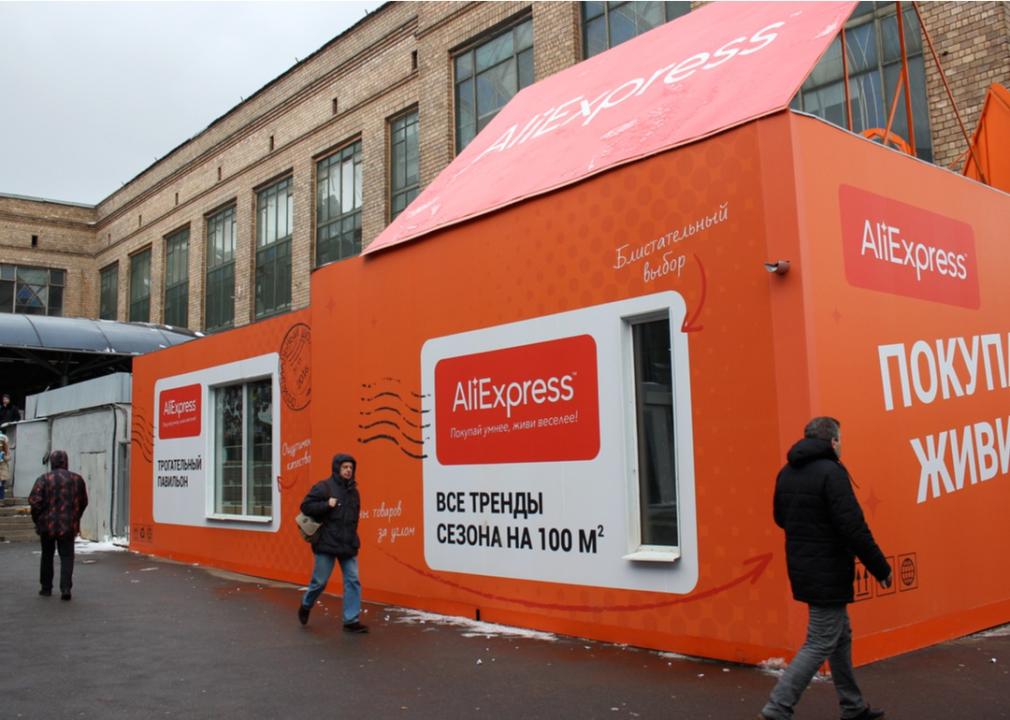 Like Alipay, AliExpress is an online company owned by the Chinese company Alibaba Group. AliExpress began in 2010 as a marketplace where users all over the world can purchase items at a steep discount, primarily serving the business-to-business community. Currently, the service pivoted to business-to-consumer customer bases and has over 150 million active shoppers, generating revenue in more than 50 countries.

In 2015, the company launched a Russian-language website to increase sales. That same year, the company offered local warehouse services in the country so that sellers could deliver popular items to Russian customers more quickly. 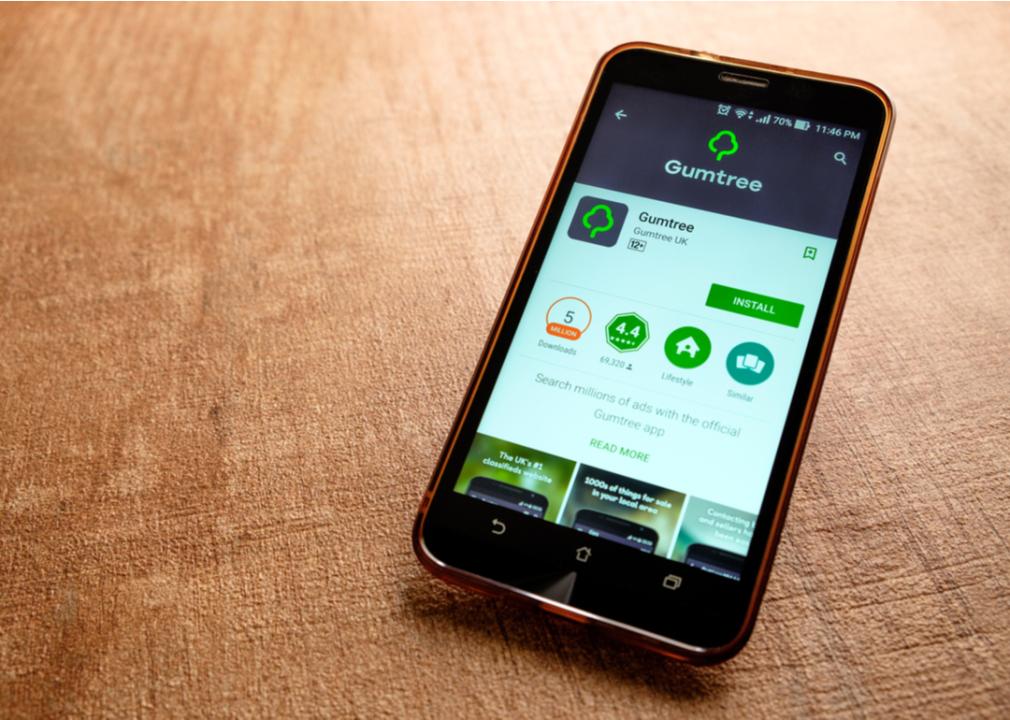 – Most used E-commerce app in the country: Gumtree
– 26% of respondents in South Africa used app in the last month

Launched in 2000, Gumtree was the first online classifieds site in the United Kingdom. Its popularity has since expanded to South Africa, where the listings site launched in 2005 for locals to buy, sell, and trade goods. Currently, more than 30,000 new listings are posted a day and the site has more than 3.8 million visitors a month.

Gumtree is part of Adevinta, a multinational company with offices in Barcelona, Paris, Berlin, and Amsterdam that operates online classifieds platforms in more than 15 countries. 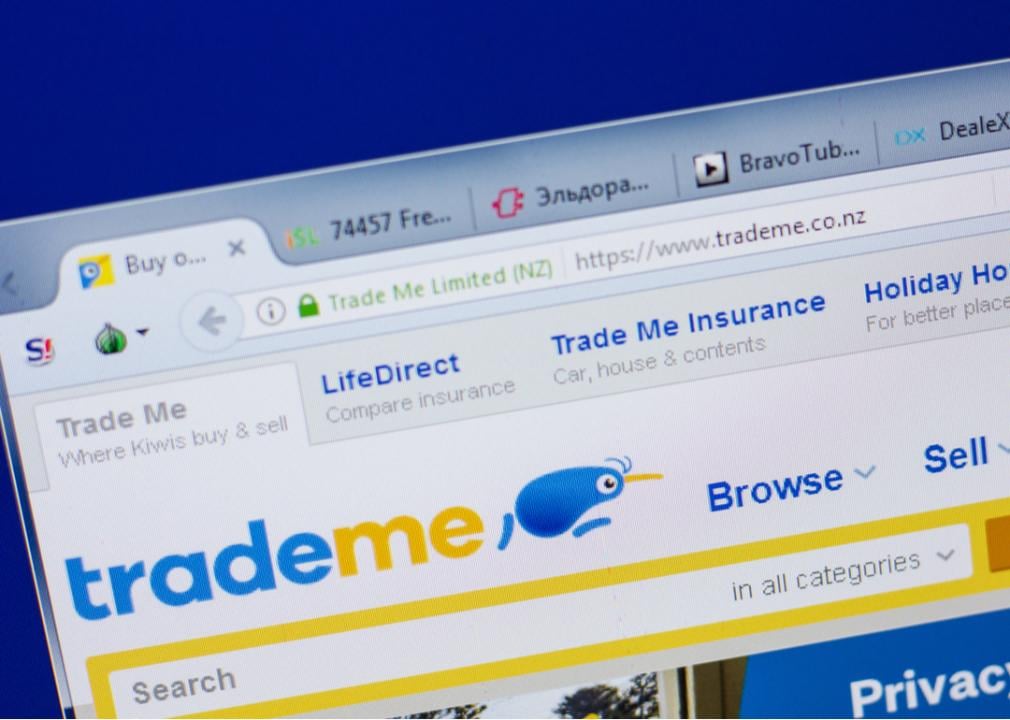 – Most used E-commerce app in the country: Trade Me
– 23% of respondents in New Zealand used app in the last month

Whether Kiwis are in the market for a new apartment or a bargain on a used computer, many head over to Trade Me. The app has more than 1.9 million visitors a day for goods and services such as apartments, used cars, vacation rentals, job postings, and more.

The app was launched in 1999 by Sam Morgan, a computer programmer frustrated by the lack of websites that served New Zealanders. By 2003, it had more than 100,000 listings, which has grown to more than 9 million today. Its offices are in Auckland, Wellington, and Christchurch. 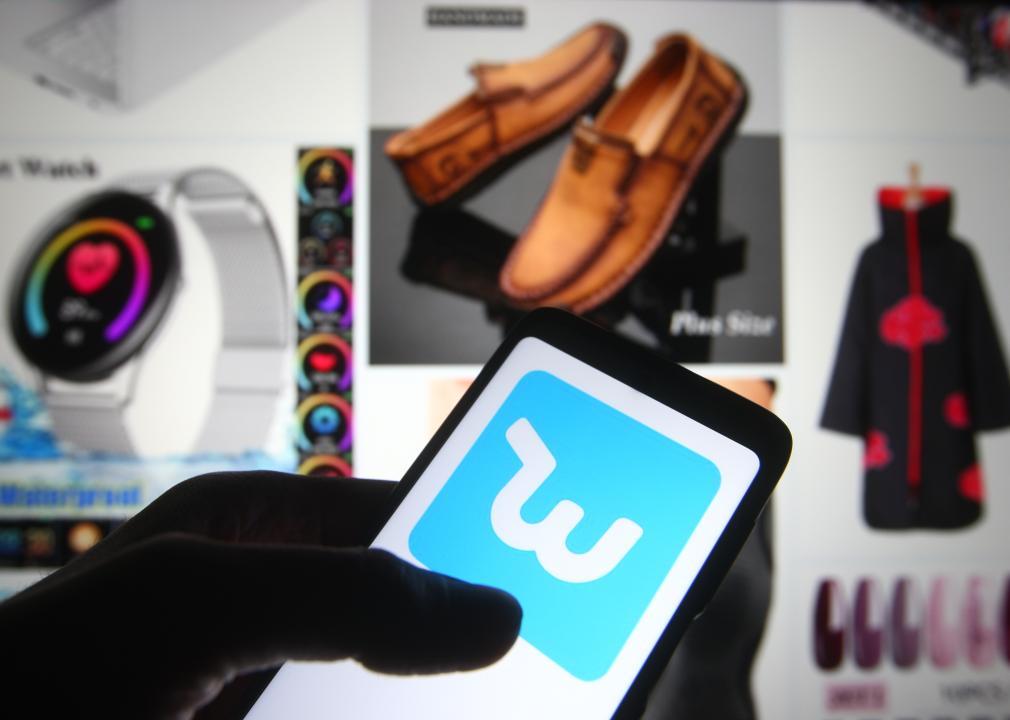 A shopping platform that offers services to users all over the world, Wish is a discount e-commerce app headquartered in San Francisco. Wish is similar to companies like eBay and Amazon where users can purchase and sell items at a discount, like brand name tracksuits selling for less than $10 USD.

Former Google engineer and Polish immigrant Peter Szulczewski founded the company, originally operating under the name ContextLogic. Later, Szulczewski invited his friend Danny Zhang onboard, and the two rebranded the company as Wish, though ContextLogic still oversees operations of the company. By 2018, Wish had become the most-downloaded app for shoppers in the world, generating $2.5 billion in 2020. 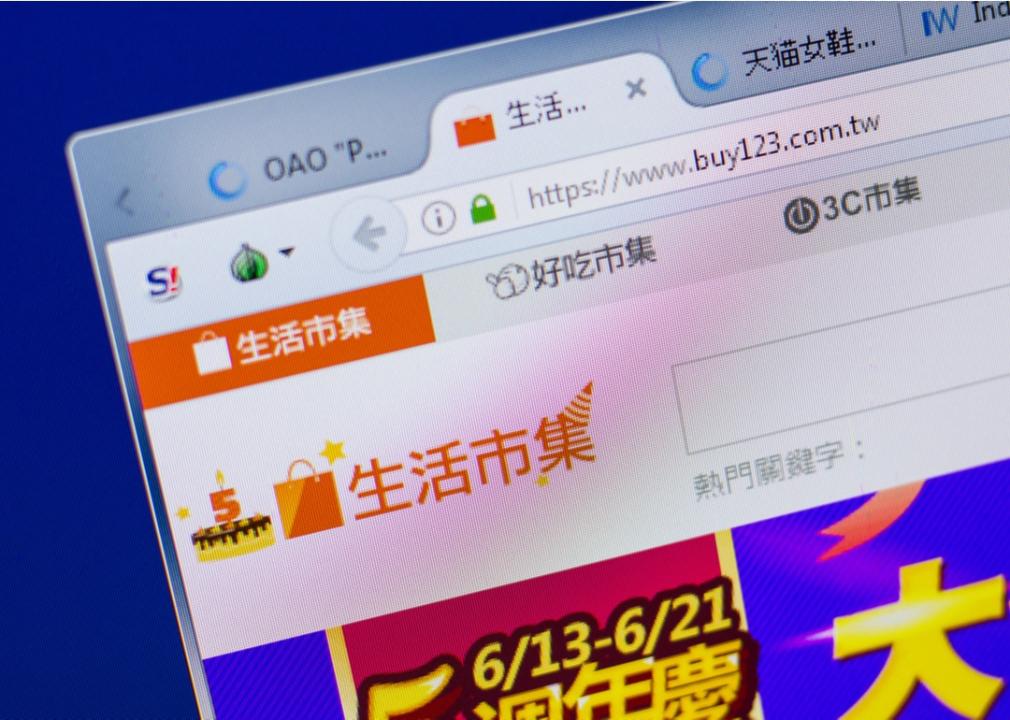 Established in 2013, Buy123 is a business-to-consumer e-commerce platform that uses artificial intelligence to help customers find deals. Buy123 is owned by the KuoBrothers, also known as The Entrepreneur Brothers, and is one of the company’s most successful B2C platforms. The app receives more than 6 million visitors and 32 million page views per month. Users have poured about NT$400 million (about $141 million in U.S. dollars) in transactions on the app. With the KuoBrothers headquartered in Taiwan, Buy123 has the local advantage for its Taiwanese customers and proves to be the most popular in the nation.

This story originally appeared on Smartlook
and was produced and distributed in partnership with Stacker Studio.