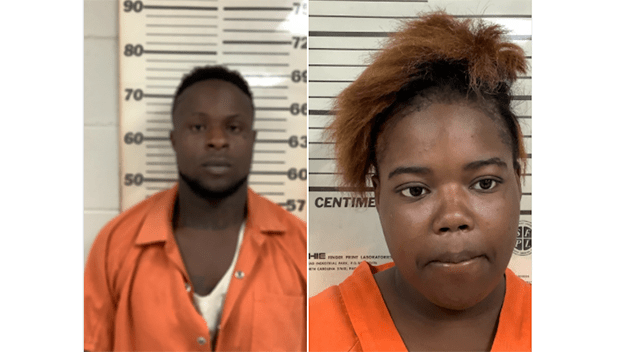 A Mississippi couple was arrested on various charges — including outstanding warrants from another state  — when a traffic stop turned into a chase Thursday.

The Pike County Sheriff’s Office Narcotics Division and the Mississippi Bureau of Narcotics were conducting drug/criminal interdiction at local hotels when they attempted to conduct a traffic stop on Delaware Avenue, in McComb, with a black 2010 Kia Forte.

At the time, the vehicle failed to stop, which then led to a pursuit. The vehicle eventually came to a stop on Cedar Street and Oak Street in Summit and the driver fled on foot.

After a brief chase, the driver was apprehended.

The driver was identified as Michael Lashawn Hawkins. Hawkins is being charged with Felony Fleeing, Possession of a Firearm by a Convicted Felon, and has outstanding warrants out of Florida for 4 counts of Robbery. The passenger of the vehicle, Alice Williams, was charged with Disorderly Conduct.

The Pike County Sheriff’s Office would like to thank The McComb Police Department and Summit Police Department for their assistance in the pursuit and arrest of these individuals. No bond has been set as of yet.