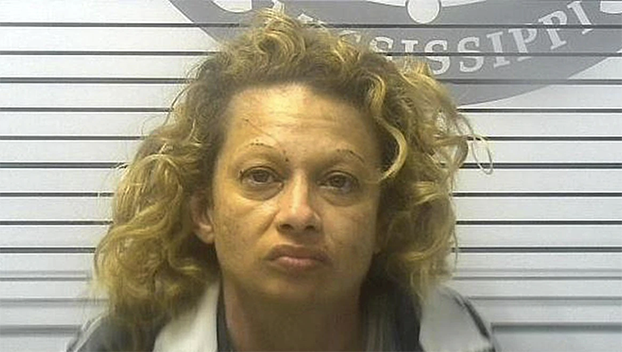 A Mississippi woman has been arrested after she reportedly injured a K-9 officer as she fled from police, all the while actively ingesting drugs.

On Thursday, Harrison County deputies say Brandy Bazor, 38, failed to stop for deputies during a traffic stop. She and another passenger fled in a 2003 Ford Taurus. According to deputies, the passenger, Alexis Preston, exited the vehicle and then fled on foot. Preston was apprehended by the K-9 officer.

Meanwhile, Bazor continued the pursuit in her car until she stopped the vehicle and tried to flee on foot. As she fled, Bazor actively ingested drugs, deputies report.

Bazor has been charged with felonies of failing to stop a vehicle and injuring, drugging or taunting a public service animal.

The K-9 officer has been treated and released to light duty until he’s recovered.