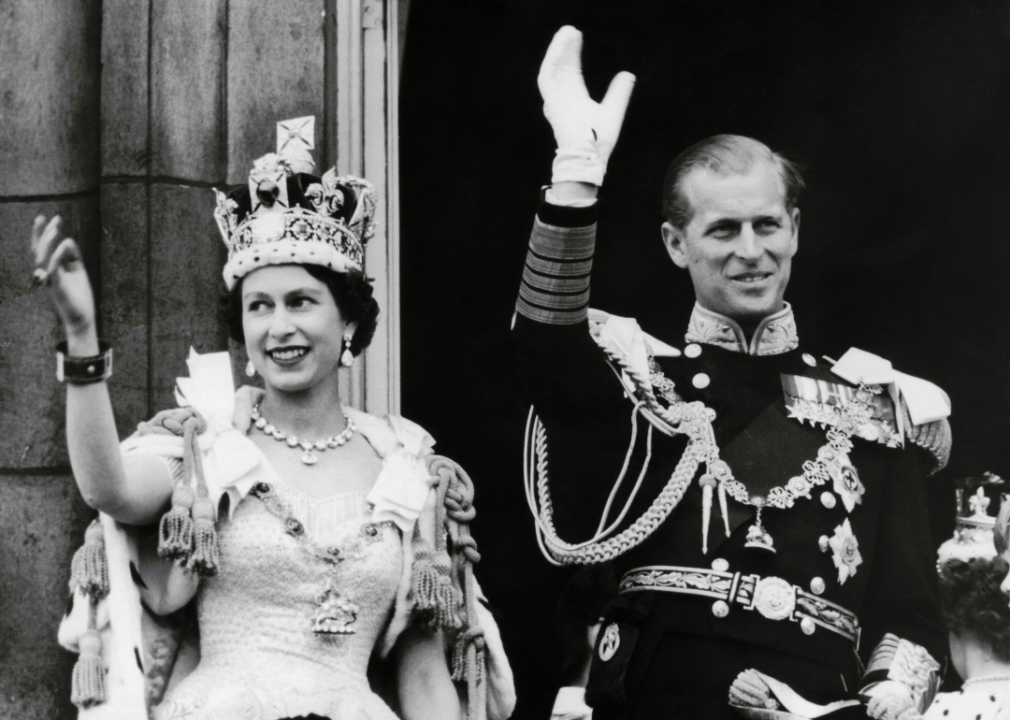 Queen Elizabeth became the Queen of England in 1953 upon the death of her father, King George VI. This year, Queen Elizabeth celebrates her 96th birthday April 21, continuing her 70-yearlong spot on the throne. The world has changed drastically over the 70 years: The British Empire still had colonies around the world, and the World Wide Web would not be invented until decades later. There had never been a female prime minister, and all the countries in Europe still had their own forms of currency.

Queen Elizabeth is the longest-reigning monarch in the history of the United Kingdom, and since ascending the throne, both the United Kingdom and the world have changed tremendously. LGBTQ+ rights and women’s rights across the globe have expanded dramatically, and the landed gentry and nobility have seen their positions of power and influence decline. The world has become, in some ways, more homogenized—as with standardized currency and unions of cooperation—and in some ways less, with colonial declarations of independence that did not formally end until Great Britain ceded control of Hong Kong in 1997.

While the queen’s birthday is April 21, the country will officially honor her in a celebration on June 11, the second Saturday of June. The official birthday for the queen is typically celebrated a 41-gun salute in Hyde Park, a 21-gun salute in Windsor Great Park, and a 62-gun salute at the Tower of London.

Keep reading to learn just how different the world is now than it was when she took the throne.

You may also like: After Elizabeth II: Who is in the royal line of succession 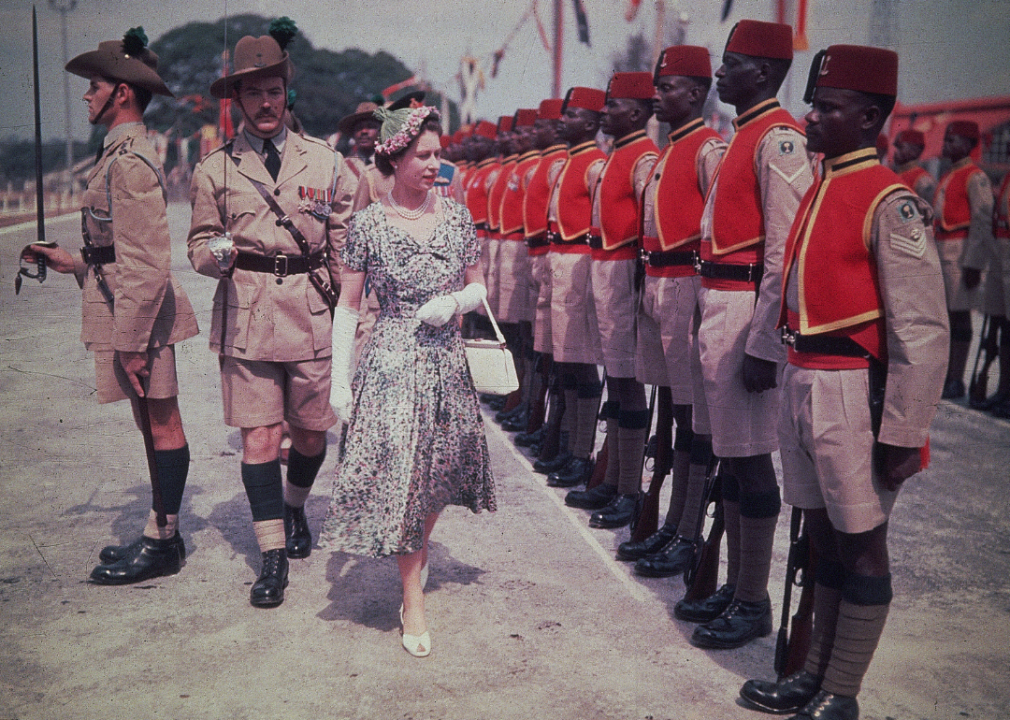 So vast was the British Empire at its height in the 19th century that it was famously said that the “sun never set on the British Empire.” But beginning in 1947—with the independence of the former colony of India—and accelerating throughout the 1950s and ’60s, the British Empire slowly crumbled under a wave of decolonization. From Egypt to Iraq to Malaysia, former British colonies gained their independence, culminating with Hong Kong in 1997. 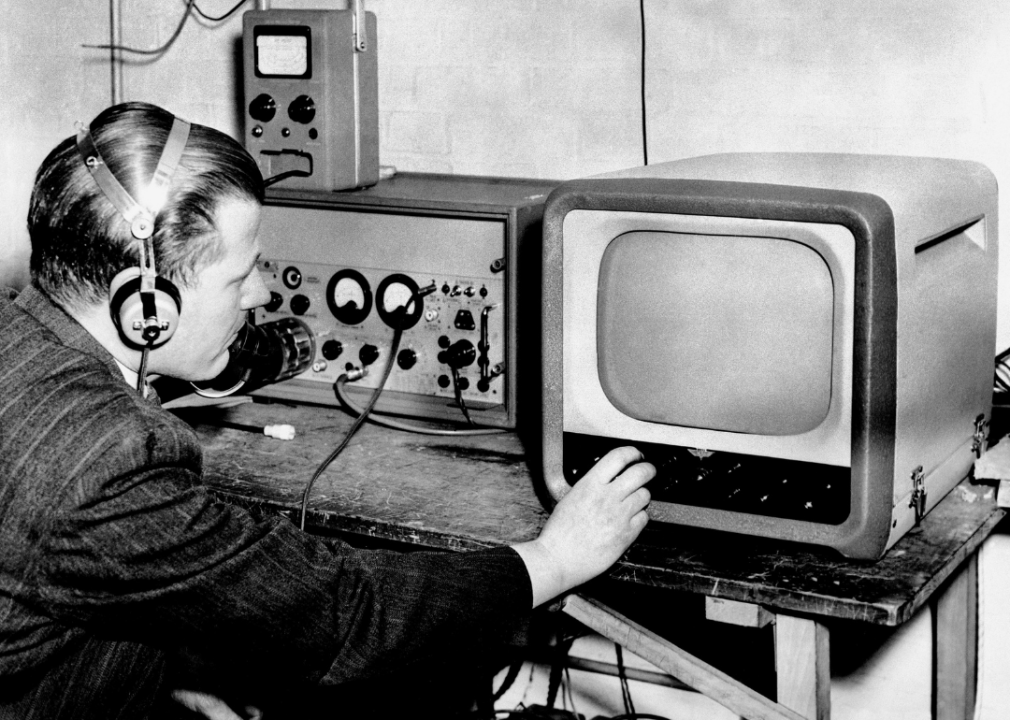 Around the world, television captured the hearts and minds of people looking for entertainment and news alike. Whereas previously many people received their news from radio and newspapers, television began increasing a dominant share of the market in the 1950s. Queen Elizabeth’s 1953 coronation was viewed more widely on television than it was listened to on the radio—a first for such an event. 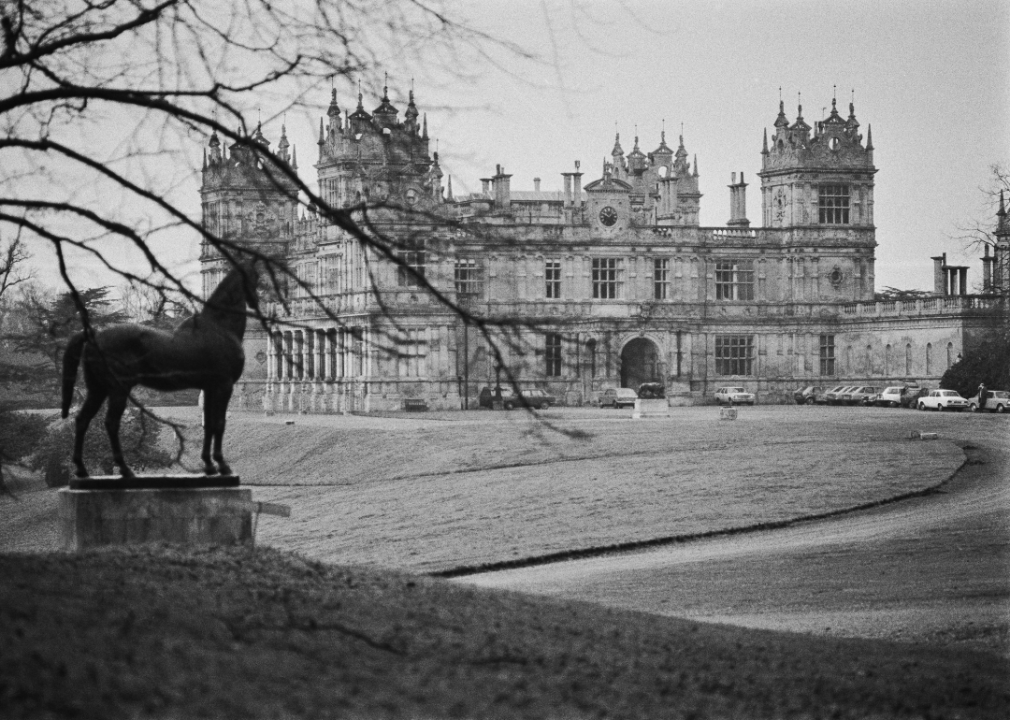 The decline of country houses

For centuries, the landed nobility in the United Kingdom held vast country estates. These estates served as either primary residences or weekend and holiday escapes, but in the changing fortunes of the aristocracy during the postwar, the area saw many of these homes fall into disrepair or destruction. Many were used as headquarters or field hospitals during World War II, and after the war, many were in poor shape. Combined with heavy taxes and the cost of upkeep, many owners chose to sell their homes or leave them to fall apart. 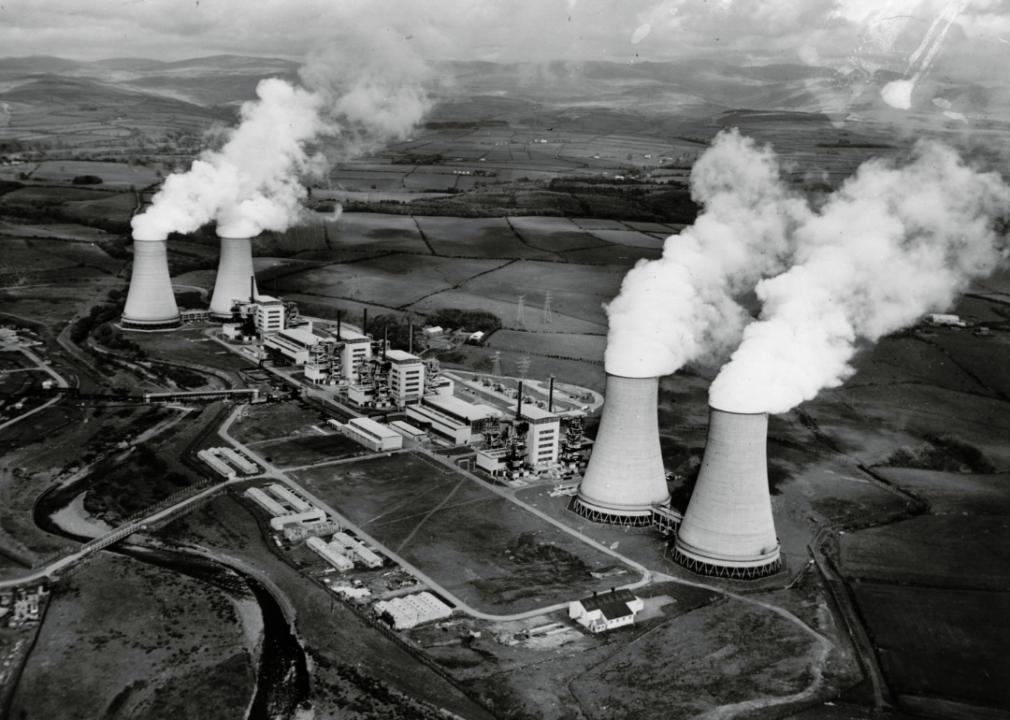 While it became famous for the devastating bombs at Hiroshima and Nagasaki, nuclear power also made the switch in the 1950s into a source of electricity. Britain’s first was switched on in 1956. The location was at Calder Hall, and Queen Elizabeth herself switched it on. 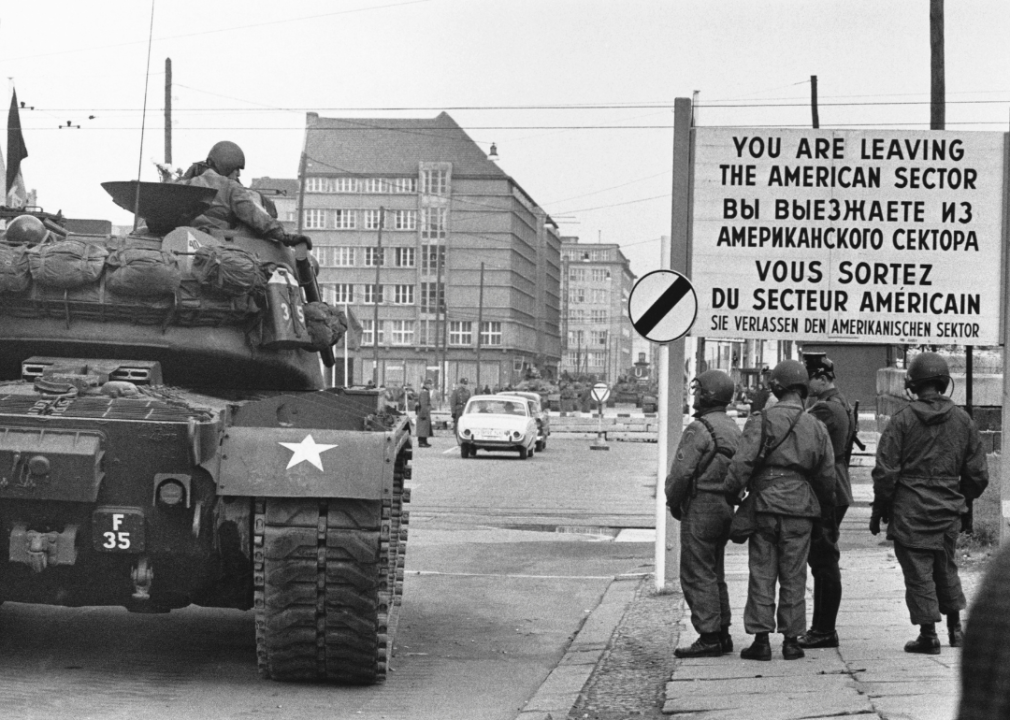 The Cold War ushers in a new kind of conflict

Far from the short and grim conflicts of World War I and World War II, the years between roughly 1950 and 1990 saw the world divided into a new kind of conflict. The Cold War pitted two ideologies—communism and capitalism—against one another. The war split the Western world into spheres of influence, with superpowers vying to become dominant. Under Queen Elizabeth, the United Kingdom allied with the United States to support democratic capitalism around the world.

You may also like: Countries that have mandatory voting 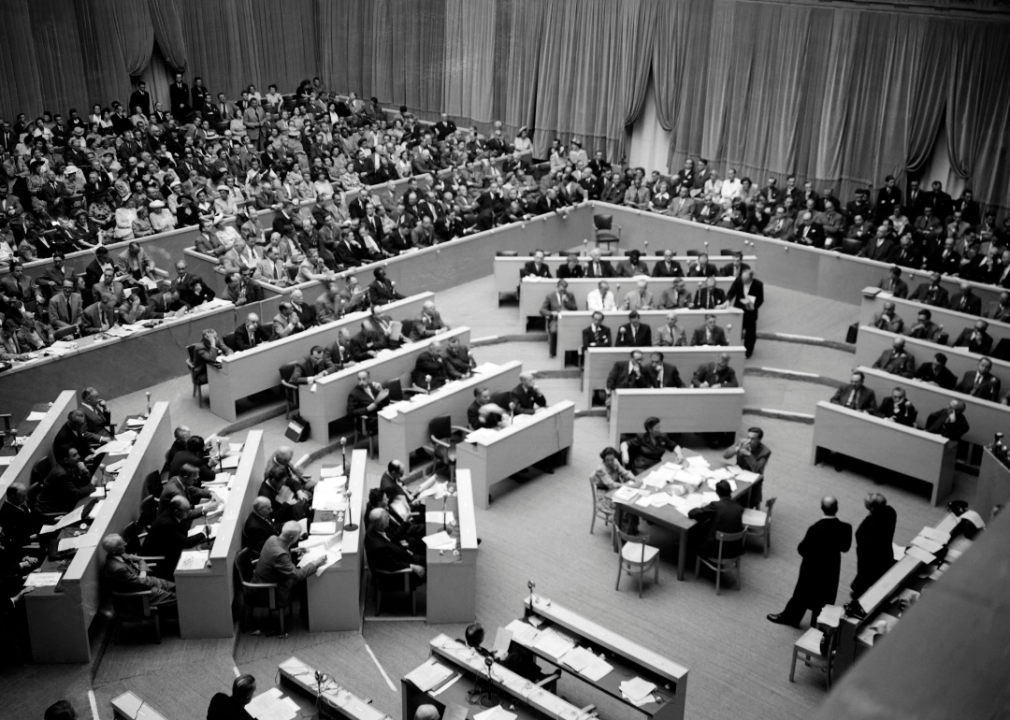 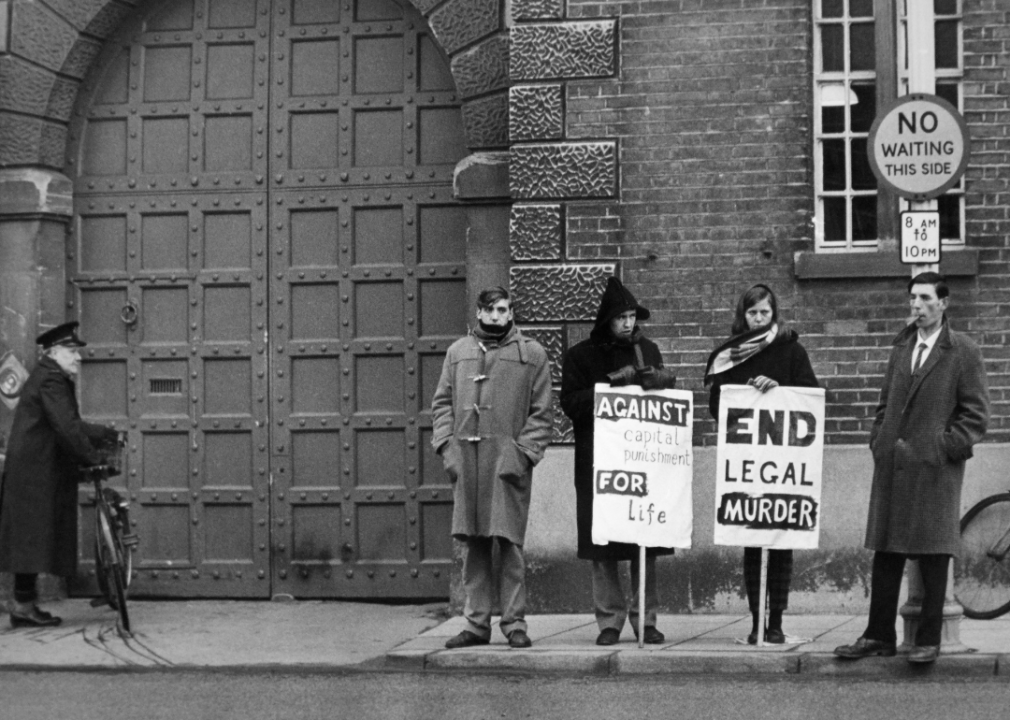 The death penalty is abolished

In 1965, Britain abolished the death penalty in cases of murder. This was one of the last crimes for which it was allowed to be applied. On Nov. 8 that year, Queen Elizabeth signed the Murder (Abolition of Death Penalty) Act, prohibiting capital punishment. 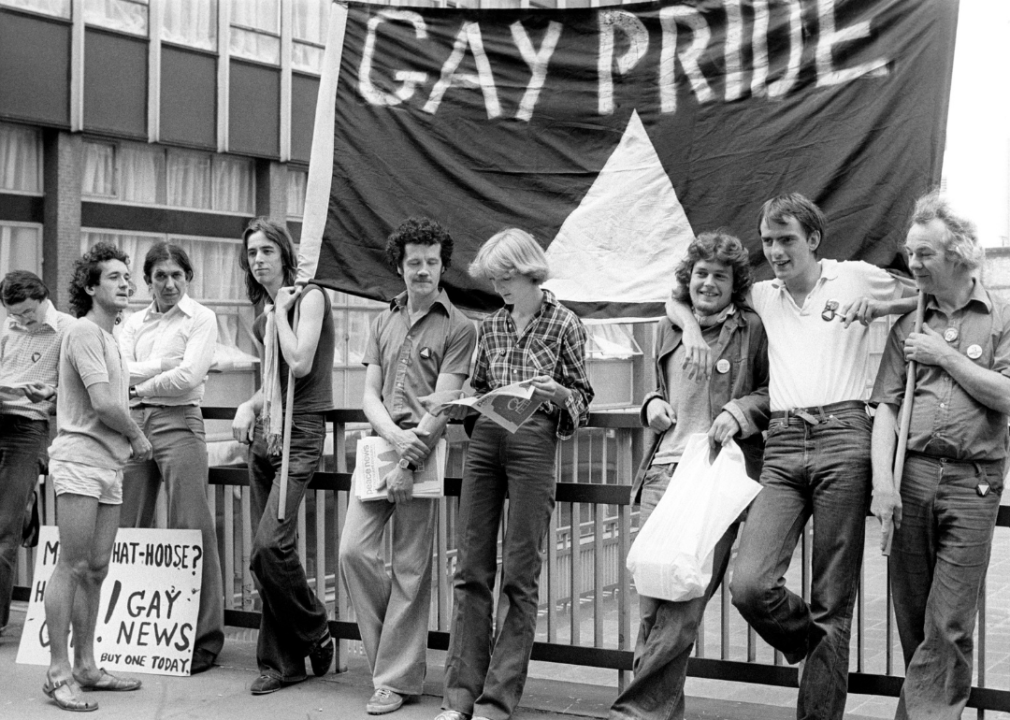 As in much of the rest of the world, LGBTQ+ rights and women’s rights developed, and the U.K. also saw changes in its legislation. In 1967, both abortion and homosexuality were legalized in the U.K. Decades later, the Queen was reportedly “elated” to sign the royal assent to the decree legalizing same-gender marriage. 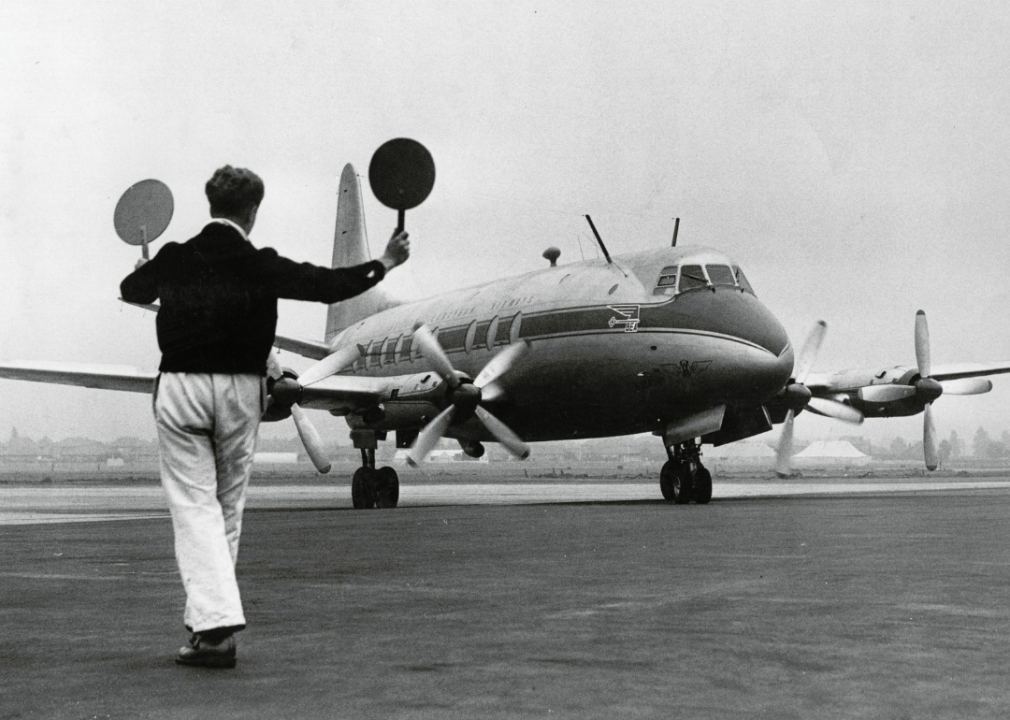 When Queen Elizabeth ascended the throne, travel to another continent was often a weeks-long journey made by ship. But starting in the 1960s, air travel became relatively common and allowed people to make such journeys in a matter of hours. Queen Elizabeth took her own first flight on the Concorde from Barbados to London in 1977. 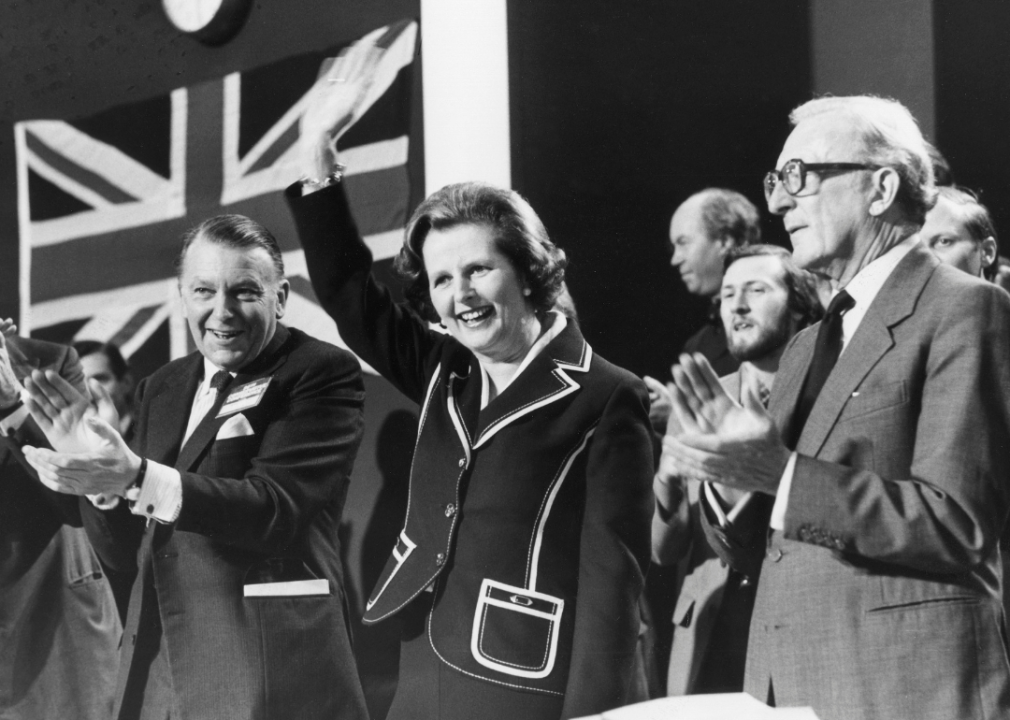 In 1978, Margaret Thatcher became the first woman Prime Minister of the United Kingdom. She governed as a conservative and is remembered for cutting taxes and government expenditures and for her close relationship with United States President Ronald Reagan. Numerous other women have since become the head of state in other countries. The United States is a notable outlier.

You may also like: Political Cartoons From The Last 100 Years 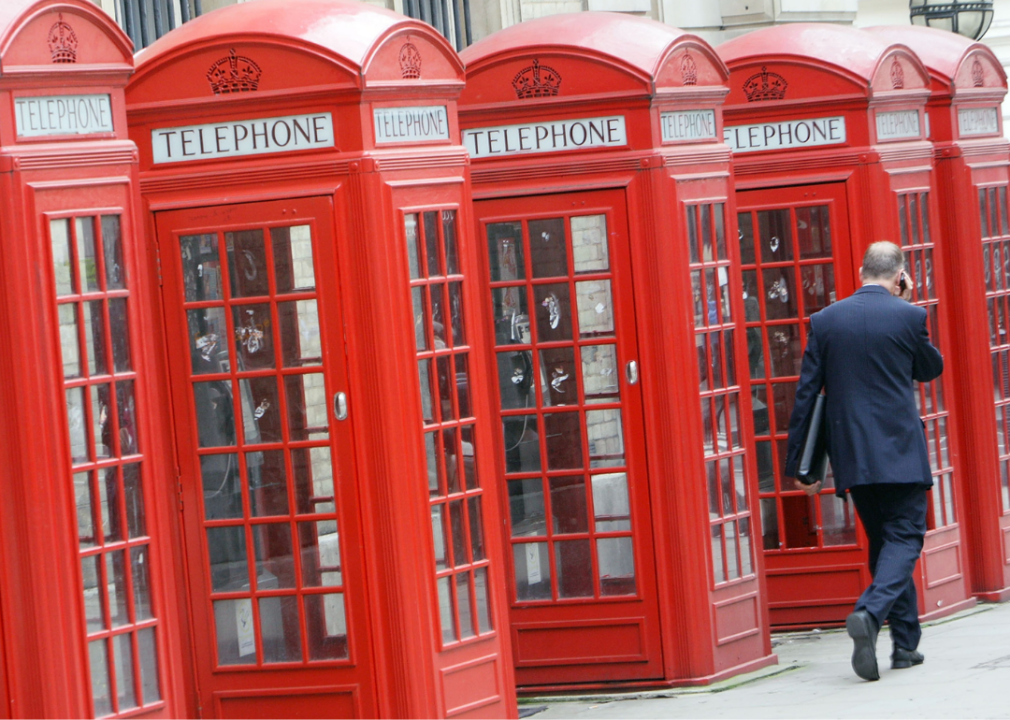 In 1986, many industries once run by the government went private. British Gas, British Telecom, British Steel, and many other industries were privatized in order to reduce state expenditures. The trend has not been limited to the United Kingdom—from the former Soviet Union to the United States, many countries around the world have privatized formerly public utilities. 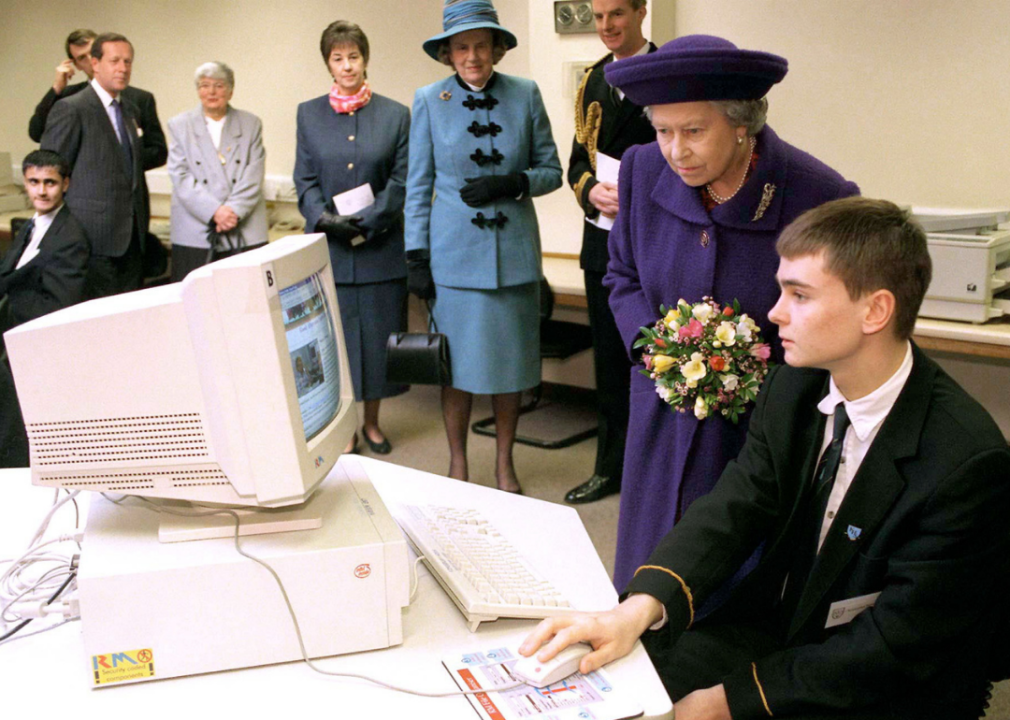 The World Wide Web is born

In 1989, a researcher in Switzerland came up with an idea for what would become the World Wide Web. His idea sparked the internet age, which has ushered in major changes in everything from commerce to communications. Queen Elizabeth was apparently an early convert to email.

[Pictured: The queen watches a demonstration by Christopher Bailey of how the royal website works during her visit to Kingsbury High School. Behind her, lady in waiting, the Duchess of Grafton, her Equerry, and at the far left, her police bodyguard Ken Atmore. March 6, 1997.] 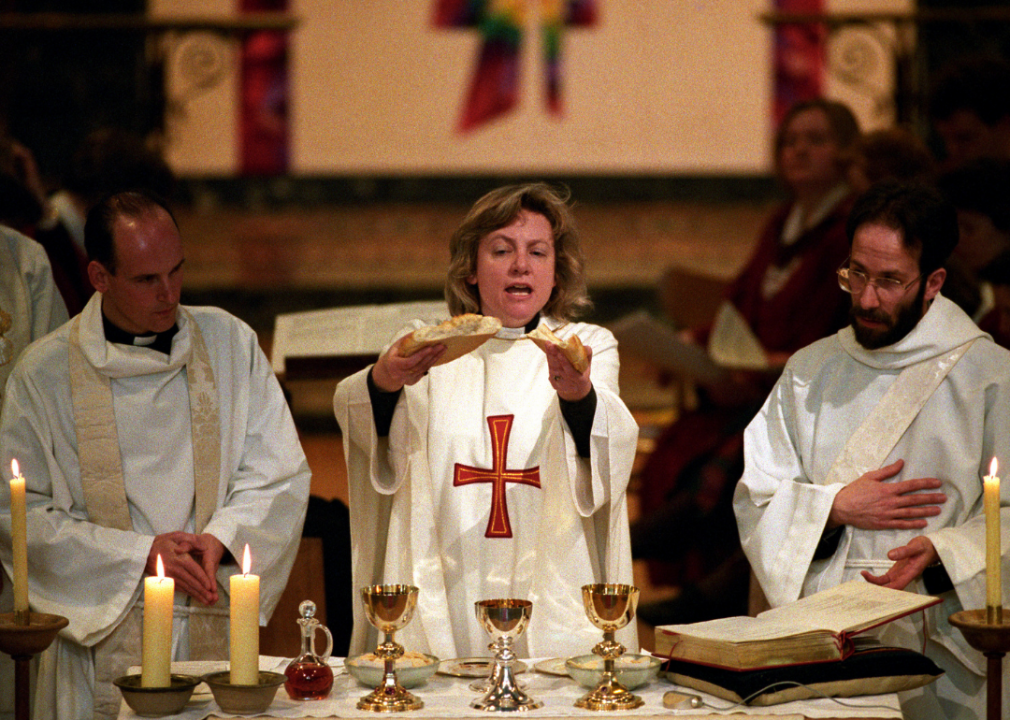 In 1994, the first women became priests in the United Kingdom. Many in the country and the faith welcomed the change. But some did not, and they joined the Catholic Church, which still does not allow women to become priests. 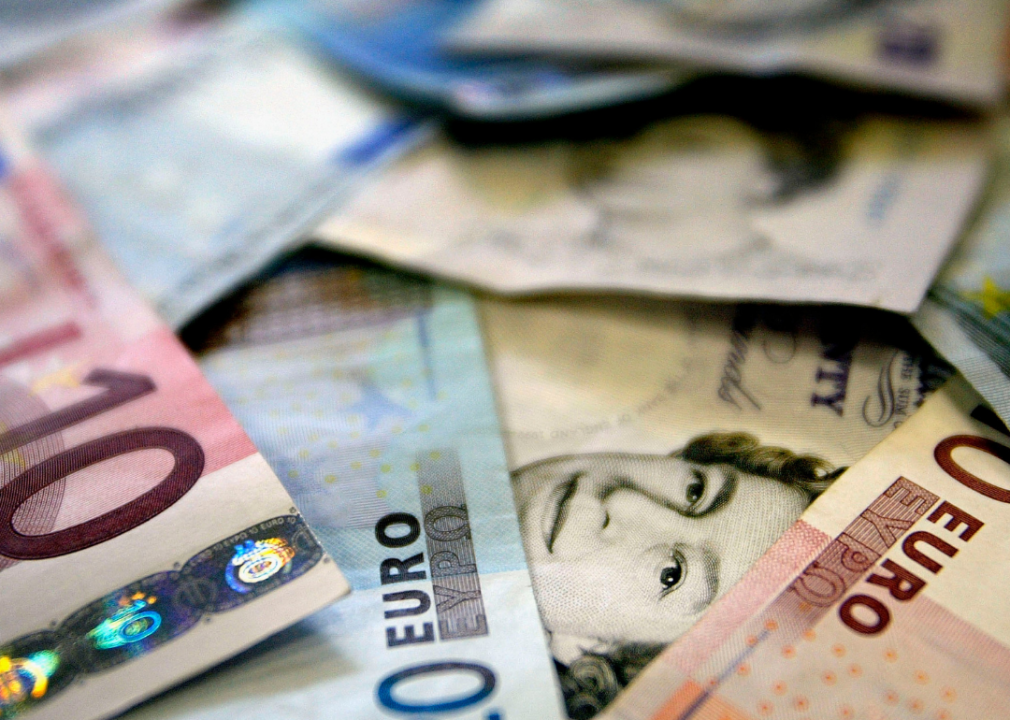 In 2002, many countries in the European Union decided to abandon their national currencies for a central currency. Lira, francs, and pesetas all became euros in 2002. The United Kingdom decided to stay out of the common currency, and it still uses British pounds to this day. 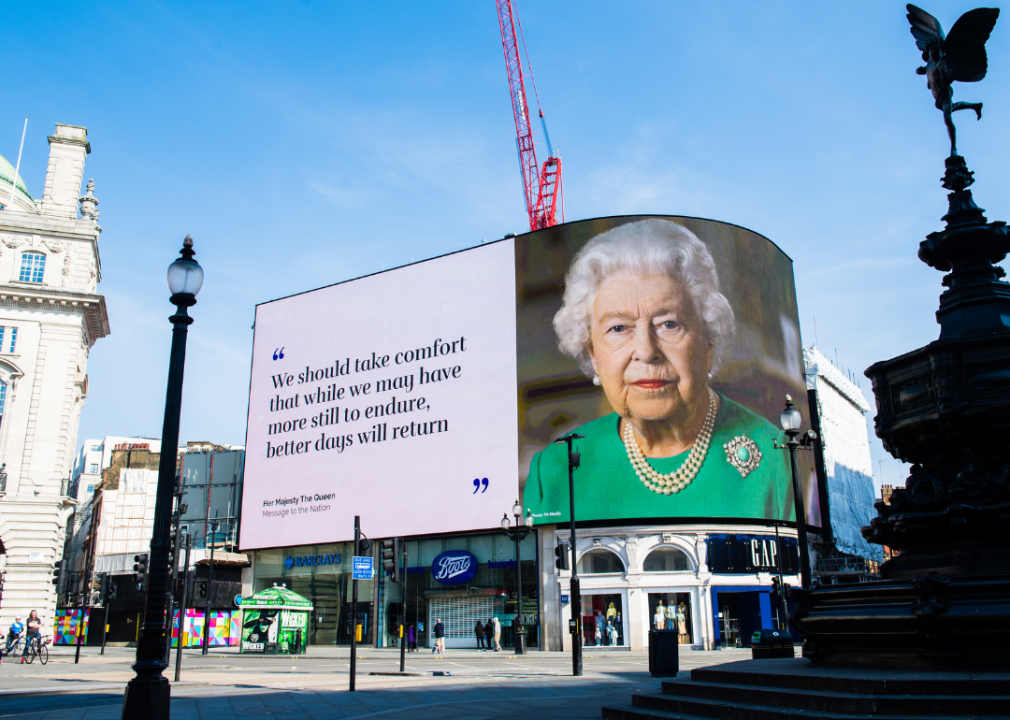 In 2020, the COVID-19 pandemic upended much of modern life. Entire economies and societies ground to a halt for months and, in many cases, years. Still, vaccines developed at unprecedented speed have changed the course of the pandemic, offering millions around the globe protection from severe illness and death.

[Pictured: An image of Queen Elizabeth II and quotes from her broadcast to the nation in relation to the coronavirus epidemic are displayed on screens in Piccadilly Circus on April 10, 2020, in London, England.]