A century of milestones in treating heart disease 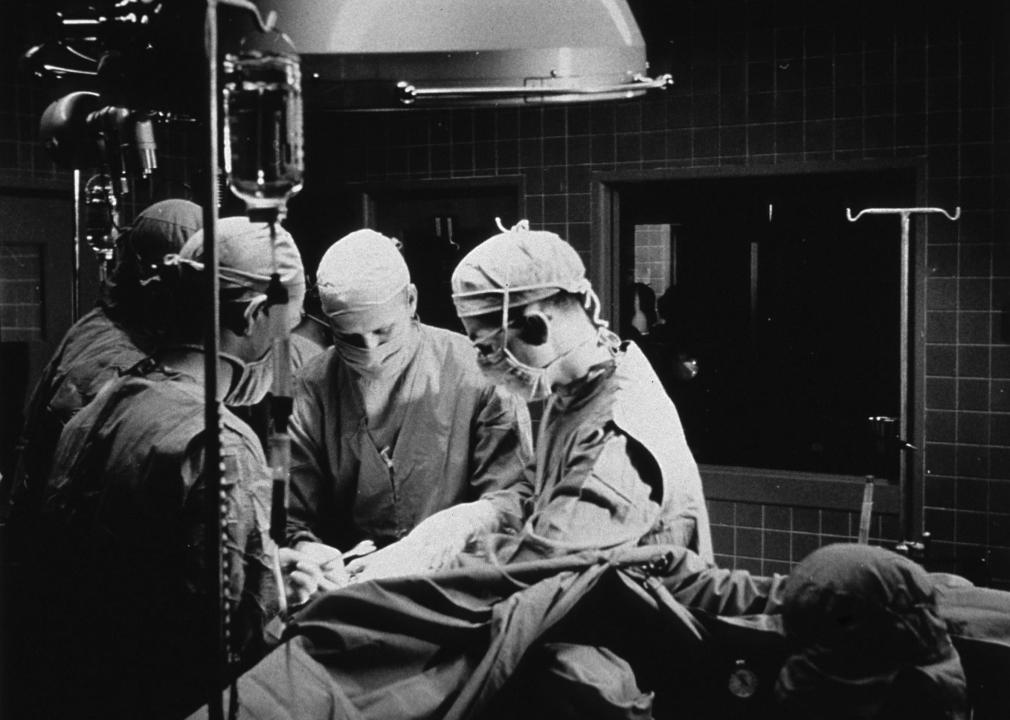 A century of milestones in treating heart disease

According to the Centers for Disease Control and Prevention, heart disease has been the leading cause of death in the United States since 1900. Study findings from the 1930s and 1940s suggest that high cholesterol, hypertension, obesity, physical inactivity, smoking, and psychological stress were the leading risk factors for heart disease.

Scientists now know more about how poor diet, physical inactivity, and smoking can increase the risk of developing heart disease. The effects of these factors accumulate over a lifetime, so healthy lifestyle habits must start early in life. Public health campaigns to promote healthy eating, adequate exercise, and quitting smoking also play an important role in heart disease prevention.

In addition, scientists have made important scientific advances over the past century in diagnosing and treating heart disease through diagnostic imaging, recording the electrical activity of the heart, practicing innovative surgical techniques, and prescribing medication to lower cholesterol and manage blood pressure. Hospitals now have dedicated units with staff specially trained to treat and continuously monitor patients with heart disease.

ACLS Medical Training, a continuing education provider for advanced cardiac life support training, compiled research from academic journals, including the Netherlands Heart Journal, to identify 10 milestones in the treatment of heart disease during the last 120 years. 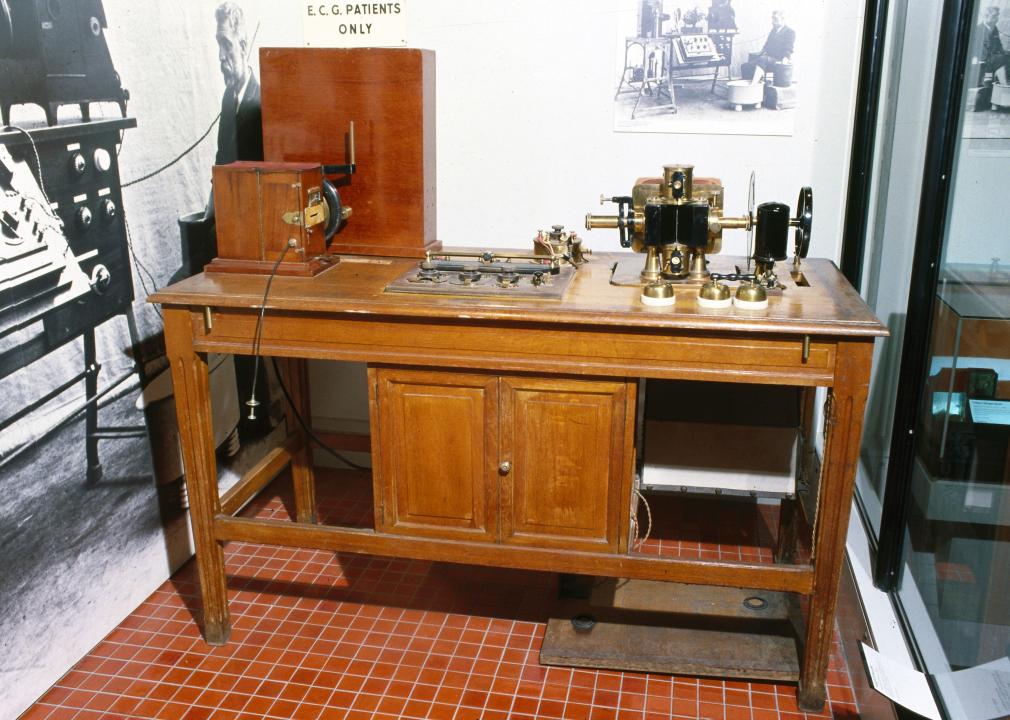 Willem Einthoven, a Dutch physiologist, recorded the first human electrocardiogram around the turn of the century. Einthoven used a device he developed called a string galvanometer to record the electrical activity of the heart muscle. He assigned the letters P, Q, R, S, and T to the inflections seen in the recording and was able to describe the electrical activity characteristic of several heart conditions. Einthoven’s use of the string galvanometer to study cardiac function won him the Nobel Prize in physiology or medicine in 1924. The string galvanometer also proved useful for studying the peripheral and sympathetic nervous systems. 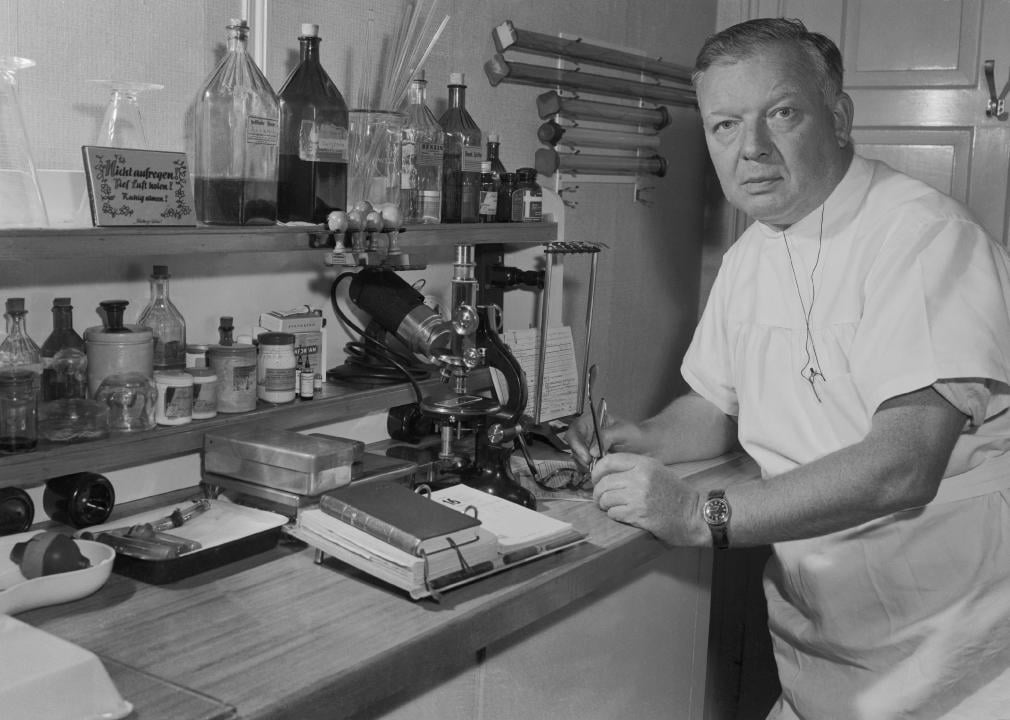 1929: A catheter is used to better diagnose human heart conditions

Werner Forssmann, a German surgical resident, performed the first catheterization of the human heart on himself. Under local anesthesia, Forssmann used a fluoroscope to thread a urinary catheter from the crook of his right arm up into the right ventricle of his heart. He was able to view the catheter in his heart on an X-ray. Forssmann, Andre Cournand, and Dickinson Richards were awarded the Nobel Prize in physiology or medicine in 1956 for their work on cardiac catheterization. 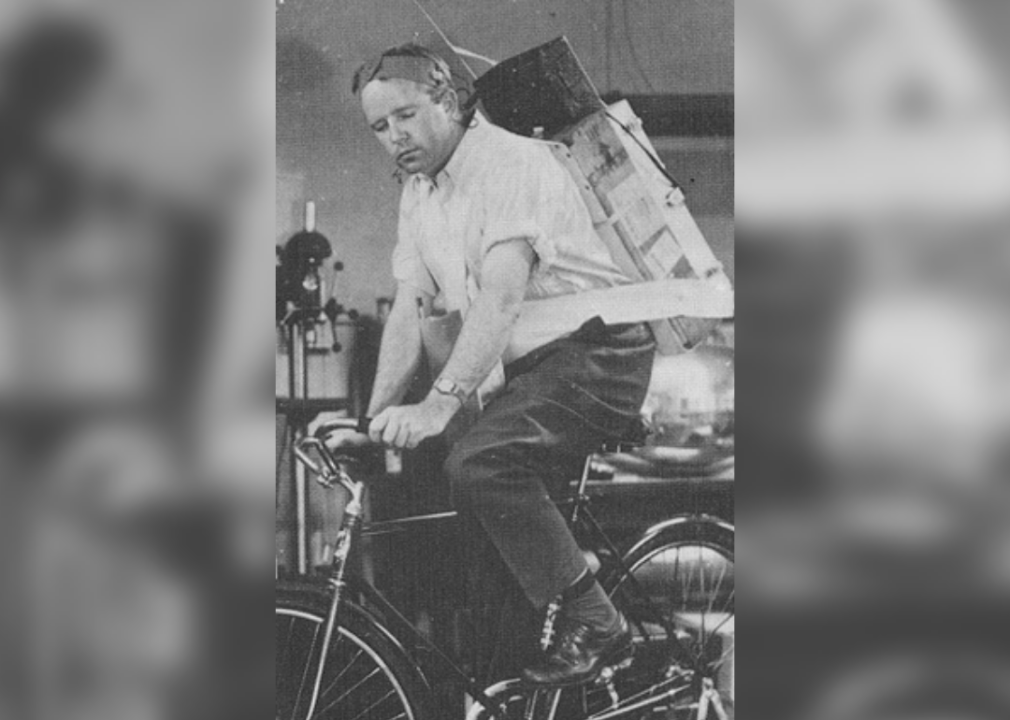 Norman “Jeff” Holter was a biophysicist who was interested in tracking electrical activity in the heart as people went about their daily routines. Around 1947, Holter first broadcast a radio electrocardiogram on himself while riding a stationary bicycle and wearing about 85 pounds of electrocardiogram recording equipment on his back.

Radio electrocardiography became obsolete with the invention of transistors. The components of a Holter monitor could now be put into a unit small enough for a purse or jacket pocket. In 1982, Holter said that although the 85 pounds of electrocardiogram equipment was impractical, it marked the dawn of a new era. Electrocardiograms could now be done on anyone doing any type of physical activity. 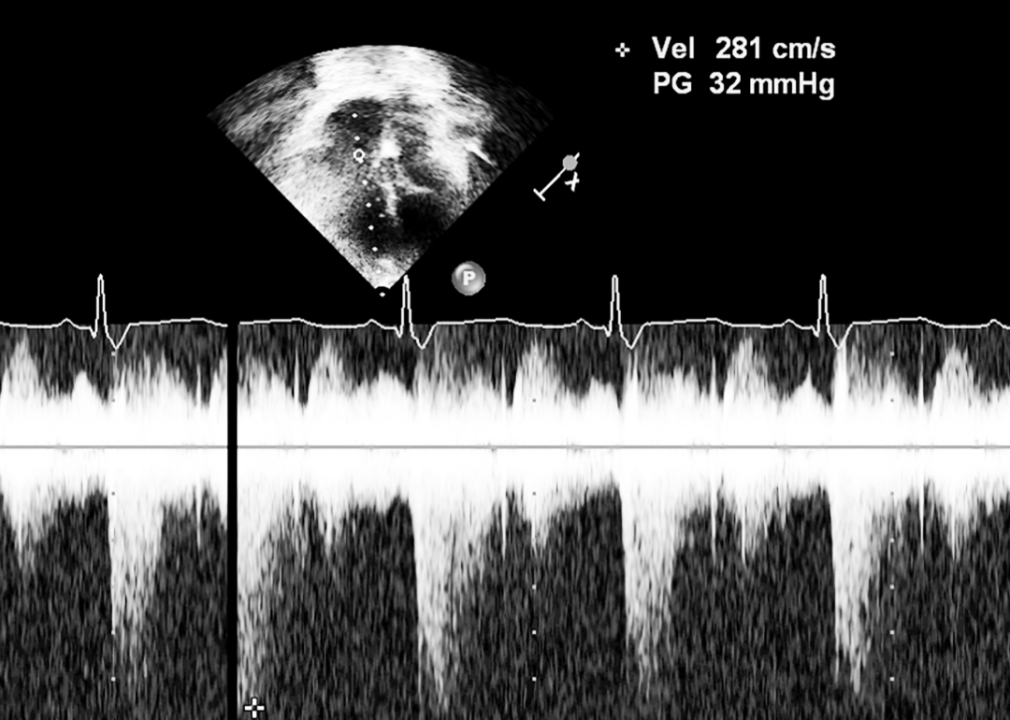 1952: Submarine technology is used to study the heart

Using the same principles of sonar technology that tracked submarines during World War II, Swedish cardiologist Inge Edler and physicist Hellmuth Hertz adapted the technology to record movements of the walls of the heart and the function of healthy and diseased valves. Called echocardiography, Edler used this technique mostly for the preoperative study of a patient whose heart valves could be leaking or restricting blood flow. Cardiologists continued to develop this technique to include Doppler, 2-dimensional, contrast, and transesophageal echocardiography. The use of echocardiography is standard practice in cardiology today. 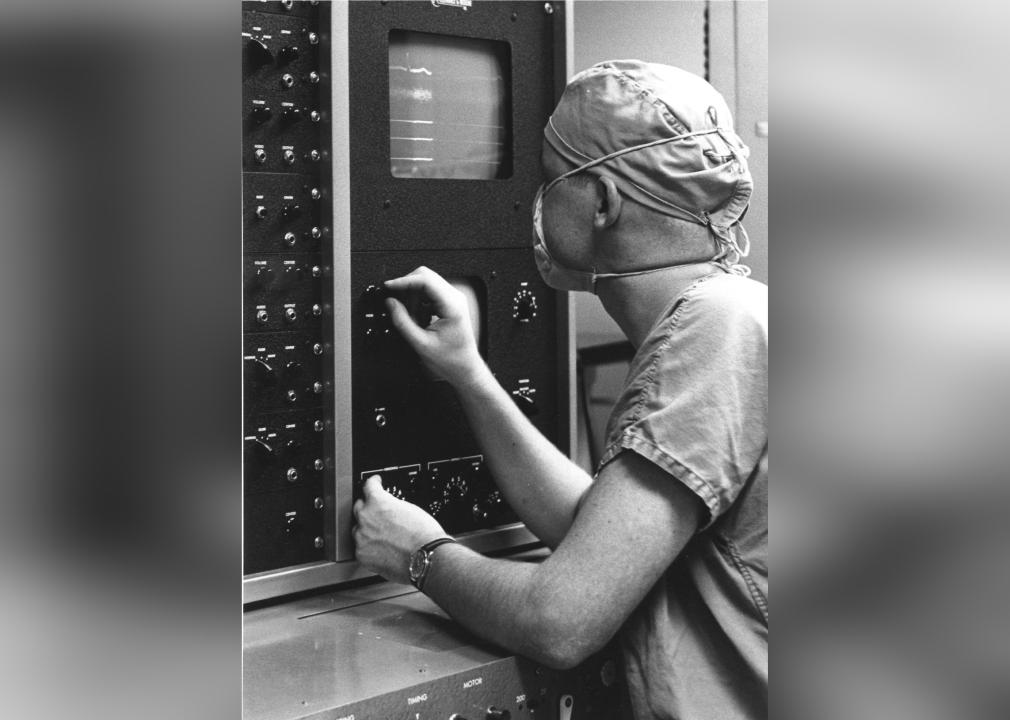 1953: A machine temporarily functions for the heart and lungs during surgery

In 1931, Philadelphia surgeon John Gibbon witnessed the death of a young female patient from a pulmonary embolism—when a blood clot blocks an artery in the lung. The incident motivated him to spend years developing a machine that would take deoxygenated blood, oxygenate it, and pump it back into a patient’s arteries. He and his wife, Mary, worked together to test early versions of their machine on animals. Gibbon performed his first successful cardiopulmonary bypass on May 6, 1953, to correct a heart defect on 18-year-old Cecelia Bavolek, who went on to live for almost 50 more years. 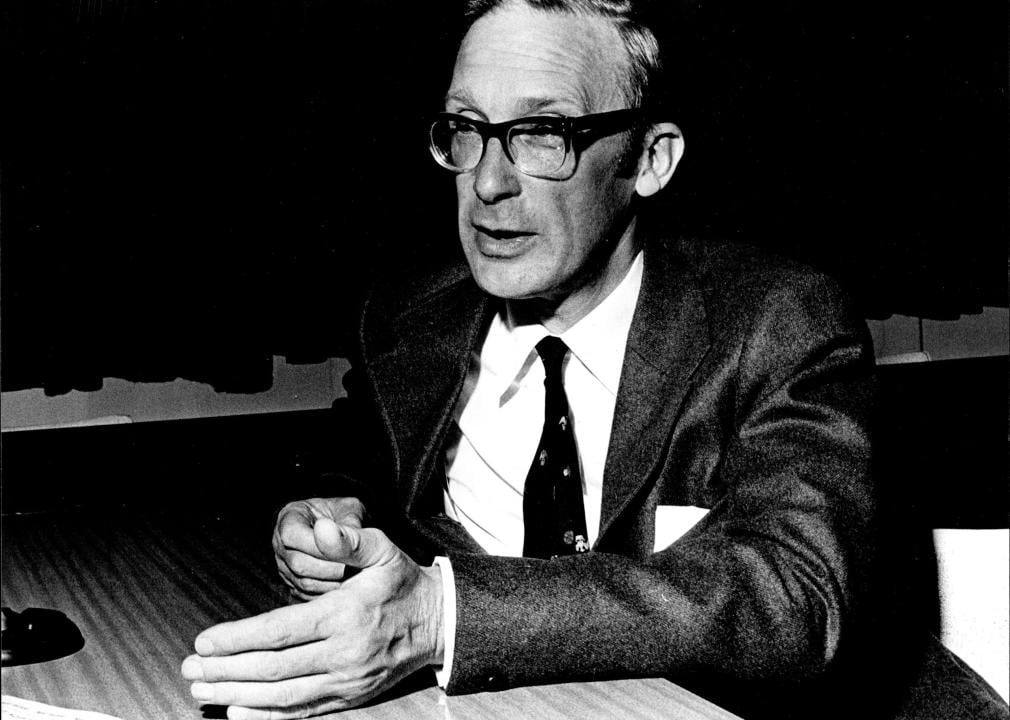 1961: The first cardiac care unit is developed in a hospital

Before 1961, people admitted to the hospital following an acute myocardial infarction, or heart attack, were often placed in beds that were unmonitored and far from nurses’ stations. The view was that medical staff should not disturb these patients. However, the risk of dying in the hospital following a myocardial infarction was as high as 30%. The first cardiac care unit, or CCU, was described in 1961 at a meeting of the Royal Thoracic Society by Dr. Desmond Julian, who established the specialty care center at the Edinburgh Royal Infirmary. The CCU provided patients with continuous electrocardiogram monitoring by trained staff, closed-chest cardiac resuscitation, and external defibrillation. It reduced mortality risk by half among those admitted for acute myocardial infarction. 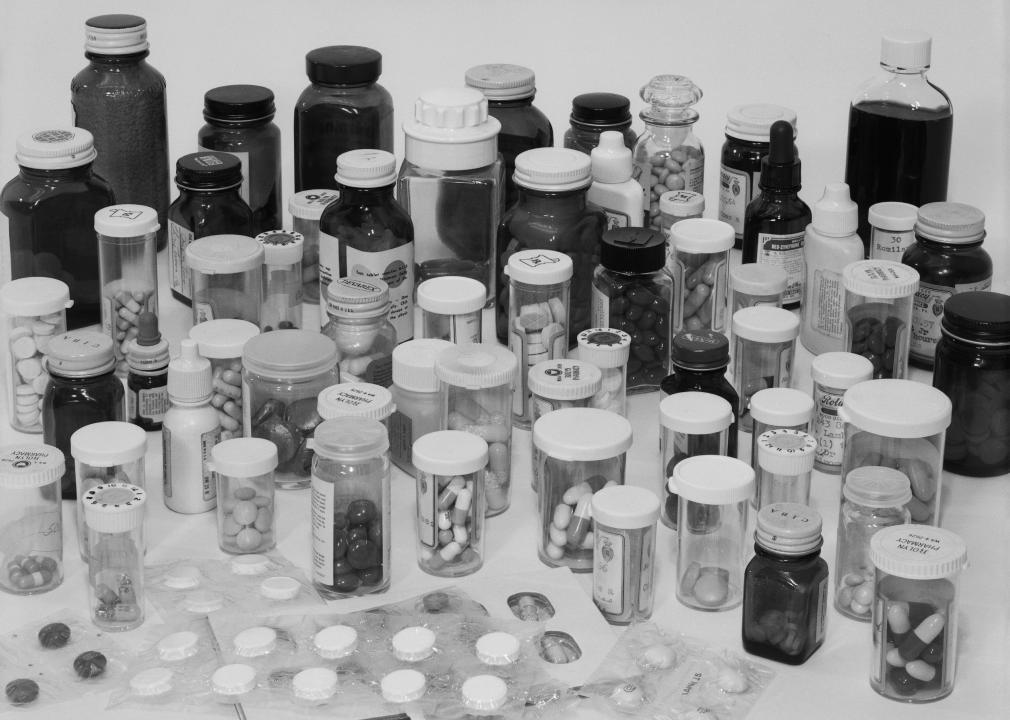 In 1962, while working for Imperial Chemical Industries, pharmacologist James Black developed beta-blocking agents to block the stimulating effects of noradrenaline and lower the amount of oxygen needed by the heart. Today, beta blockers are used to treat cardiac arrhythmias and for secondary prevention of a heart attack.

In the 1970s, Miguel Ondetti, Bernard Rubin, and David Cushman developed captopril, the first angiotensin-converting enzyme inhibitor, while working for what is now Bristol Myers Squibb. Captopril is used to treat high blood pressure, or hypertension, and some kinds of congestive heart failure.

Biochemist Akira Endo isolated the first statin, a cholesterol-lowering drug, from a blue-green mold while working for Sankyo Pharmaceuticals in Japan in the mid-1970s. 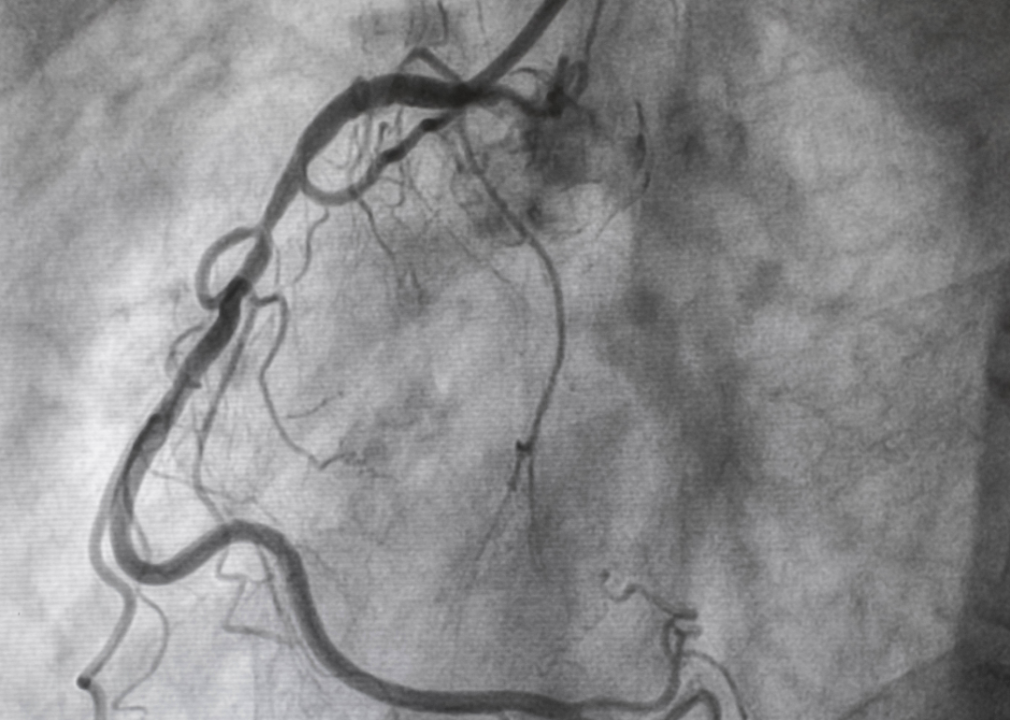 The first coronary angioplasty was performed in September 1977 in Zurich, Switzerland, by Dr. Andreas Gruentzig. The patient was a 38-year-old heavy smoker with unstable angina, a chronic chest pain that occurs when the heart does not get enough blood and oxygen. The non-surgical procedure used a catheter to place a stent, or small hollow tube, in an obstructed coronary artery to increase blood flow. 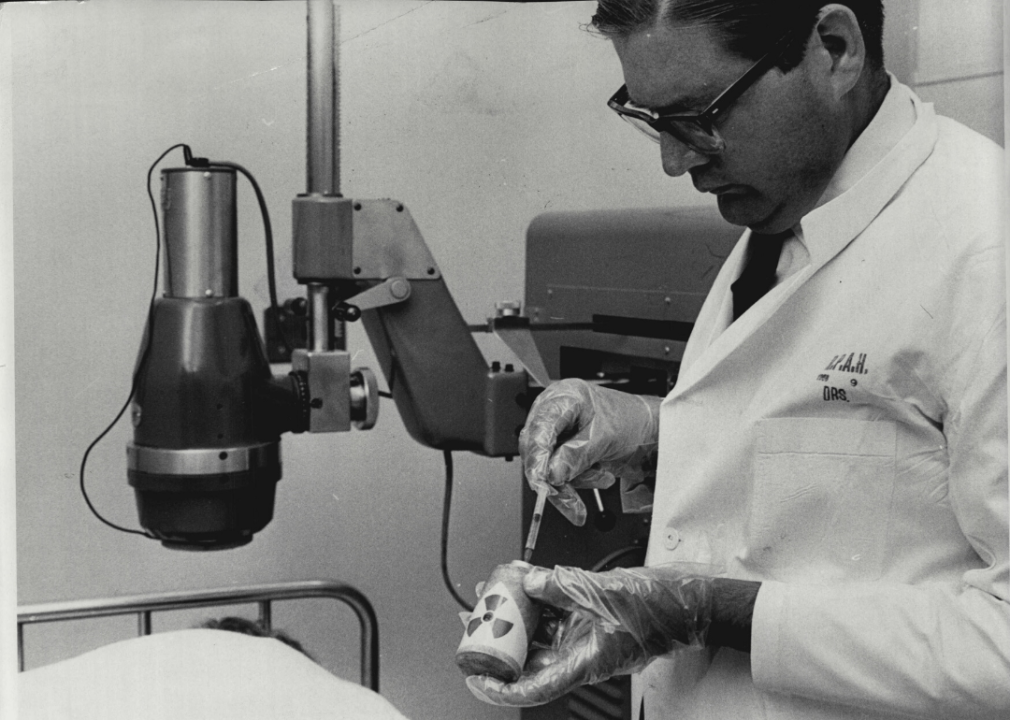 1981: A chemical allows doctors to trace blood flow in the heart

In 1981, doctors at Cedars-Sinai Medical Center in Los Angeles used Technetium-99m, a radionuclide isotope, to image and assess blood flow through the heart. Technetium-99m is the most commonly used radioactive isotope tracer for single-photon emission computerized tomography imaging of many organs, including the heart. Technetium-99m has a relatively short half-life compared to other radionuclides, so patients are exposed to less radiation when undergoing imaging tests. 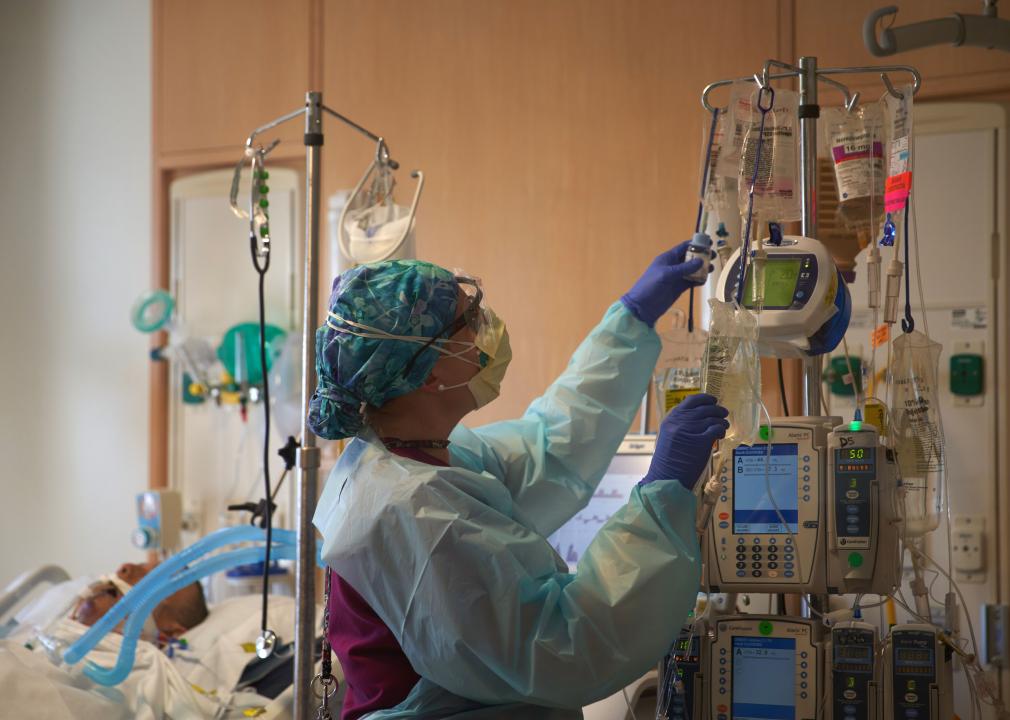 The most common heart valve disorder in developing countries is calcific aortic stenosis, a condition caused when valves harden and narrow to the point that blood flow is severely limited or even blocked. Historically, the condition had only a 60% survival rate with traditional surgical techniques, which called for opening the patient’s chest to insert a valve replacement.

Hoping to improve patient outcomes, Alain Cribier, a cardiologist at the University of Rouen’s Charles Nicolle Hospital, led a team that performed the first transcatheter aortic valve replacement in 2002. Developed over several decades, the groundbreaking procedure uses a thin catheter tube to enter the body through a very small incision, usually in the leg. The tube then carries a heart valve replacement to the damaged location, where doctors inflate it so that it opens up the valve to keep blood flowing. The minimally invasive procedure helps high-risk patients recover more safely by avoiding traditional open-heart surgery.

This story originally appeared on ACLS Medical Training
and was produced and distributed in partnership with Stacker Studio.