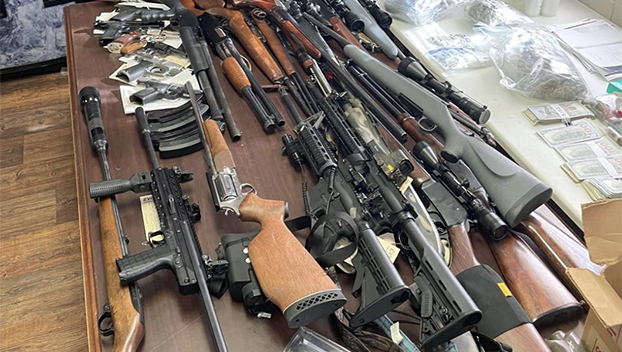 When deputies executed a search warrant at a Moselle house Thursday, March 3, they found guns, drugs, cash and bomb-making instructions.

Officials say other charges may be pending upon further investigation after deputies executed a no-knock warrant at his residence.

Logan was reportedly armed with a handgun when JCSD narcotics agents, deputies and command staff followed him into his property when he drove in through an open entrance gate. He was removed from his vehicle and taken into custody.

Numerous complaints of possible drug trafficking had been reported about his residence which was one mile from an elementary school.

During the arrest JCSD seized:

Matthew Logan is incarcerated at the Jones County Adult Detention Facility on a $75,000 bond which was set by Jones County Justice Court.