How online shopping has changed over the last 30 years 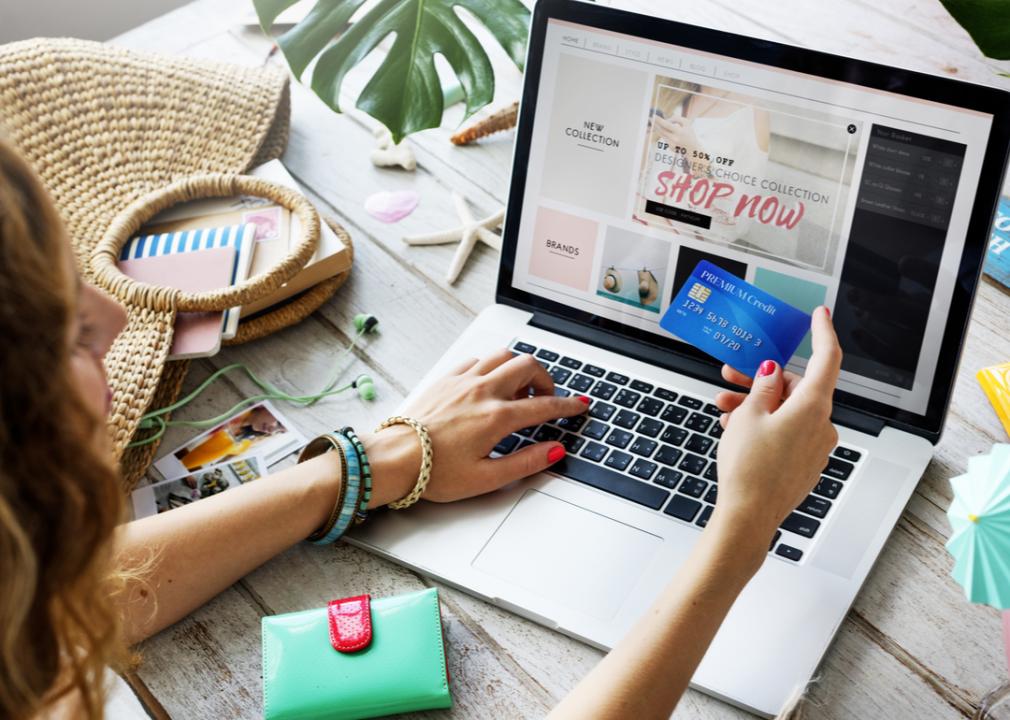 How online shopping has changed over the last 30 years

By August of 1994, the New York Times called it: “Attention Shoppers: Internet is Open.” By that time, computers were quickly becoming commonplace in many U.S. households and a burgeoning e-commerce scene led by Amazon and several other, newly formed companies was revolutionizing shopping by making it ever cheaper, more convenient, and accessible.

Alpine Rings compiled a list of how online shopping has evolved over the past 30 years, drawing on data and research from a variety of sources including The New York Times and NBC News. From the first-ever online transaction in 1979 to today, online shopping has evolved quickly due to breakthroughs in technology, advanced monetization methods and platforms, and considerable shifts in consumer behavior. Seeing the outsized influence of online sales today, it’s hard to believe e-commerce is just over 40 years old.

Consumers were enthralled by the ease of having access to an online shopping space 24/7 at the click of a button—and even more so by the fact that they could shop without enduring the traffic. Powerhouse e-commerce sites such as Amazon and eBay emerged in the mid-90s. Google introduced itself to the world in 2000; and by 2010, Cyber Monday sales in the U.S. surpassed $1 billion for the first time.

Keep reading to learn more about the e-commerce revolution. 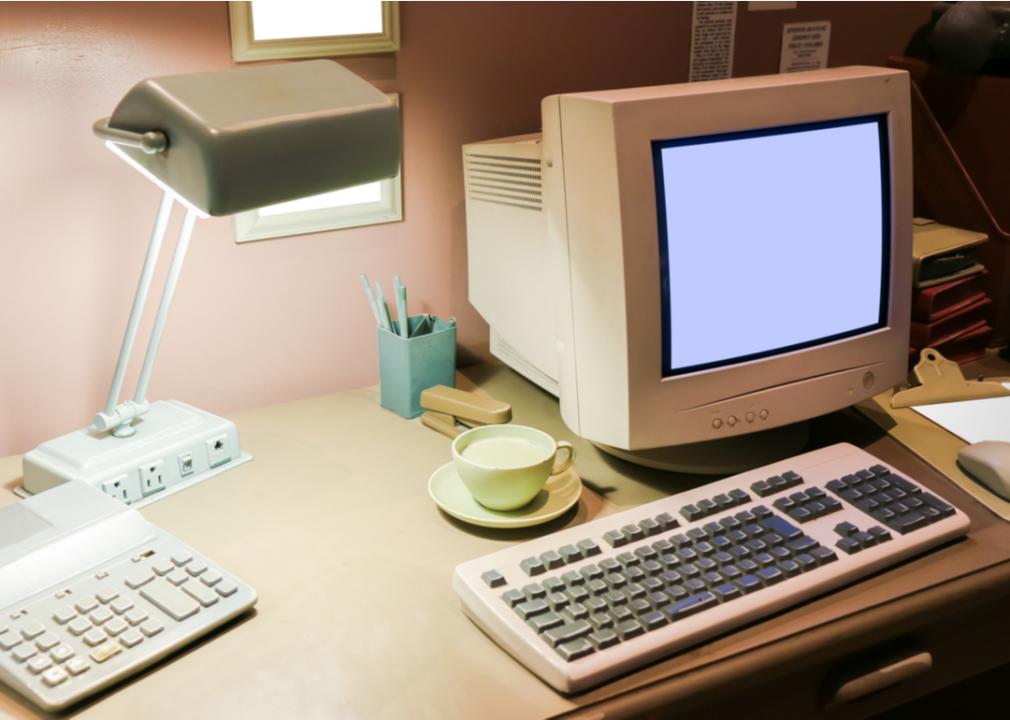 In 1991, the National Science Foundation lifted restrictions on commercial use and the internet officially became available to the public.  It was a pivotal moment for the e-commerce industry, opening doors in subsequent years for everyone from independent Etsy sellers to giant corporations like Walmart to begin selling online in the years to come. 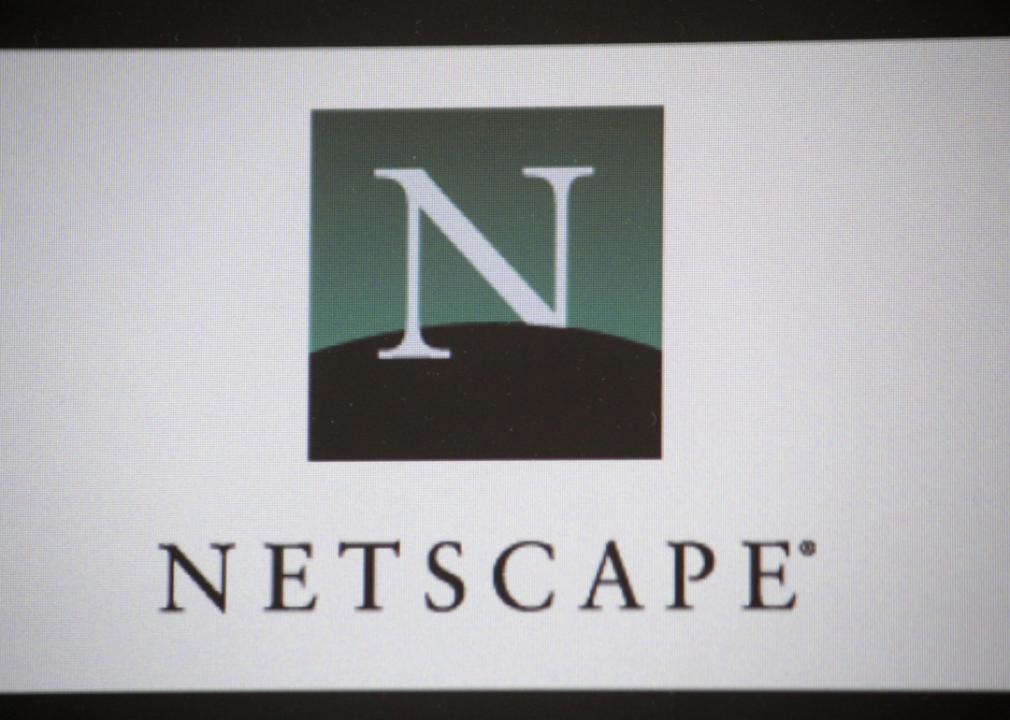 Remember Netscape? It was the web browser that created an encryption certificate and launched its first web browser, Mosaic Netscape 0.9, in October 1994. Netscape provided a safe means for data to be transmitted and pioneered the definition of Secure Socket Layer (SSL), a security protocol between a server and client. As online shopping emerged, it was important for consumers to have secure channels for online communications and transactions. This security measure is still used today.

Also in 1994, Amazon was founded as a bookseller and became one of the first sites to sell products online. 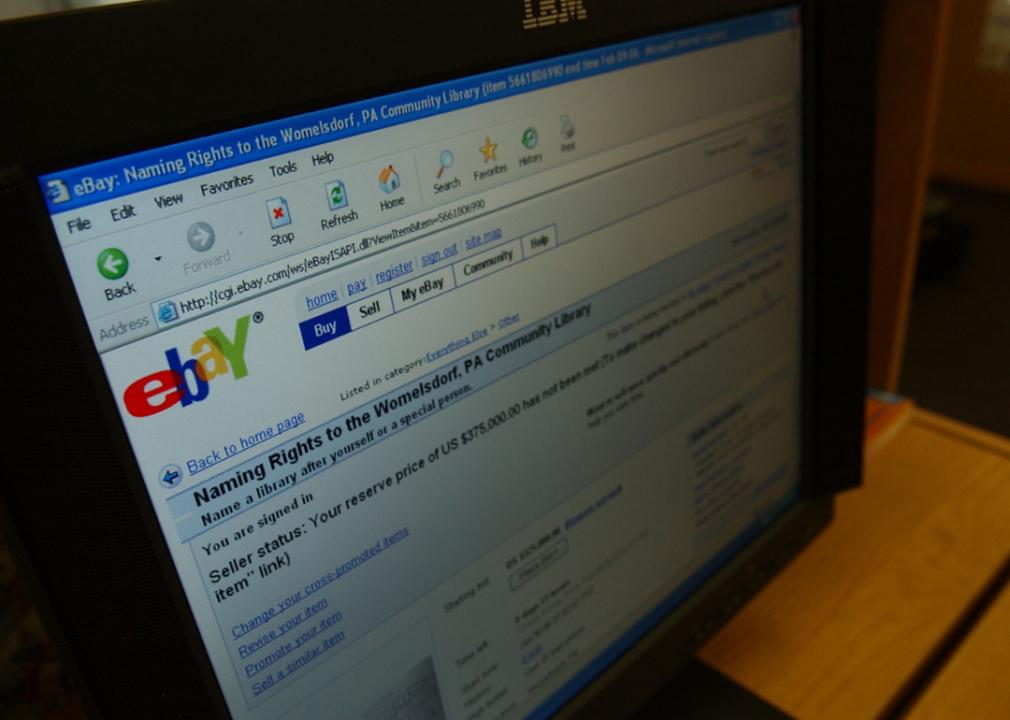 In July 1995, Jeff Bezos opened the virtual doors at the newly created Amazon. In its first month, the company sold books to buyers in 45 countries and all 50 states. It was also during this year that Pierre Omidyar founded an online auction and shopping site called eBay. 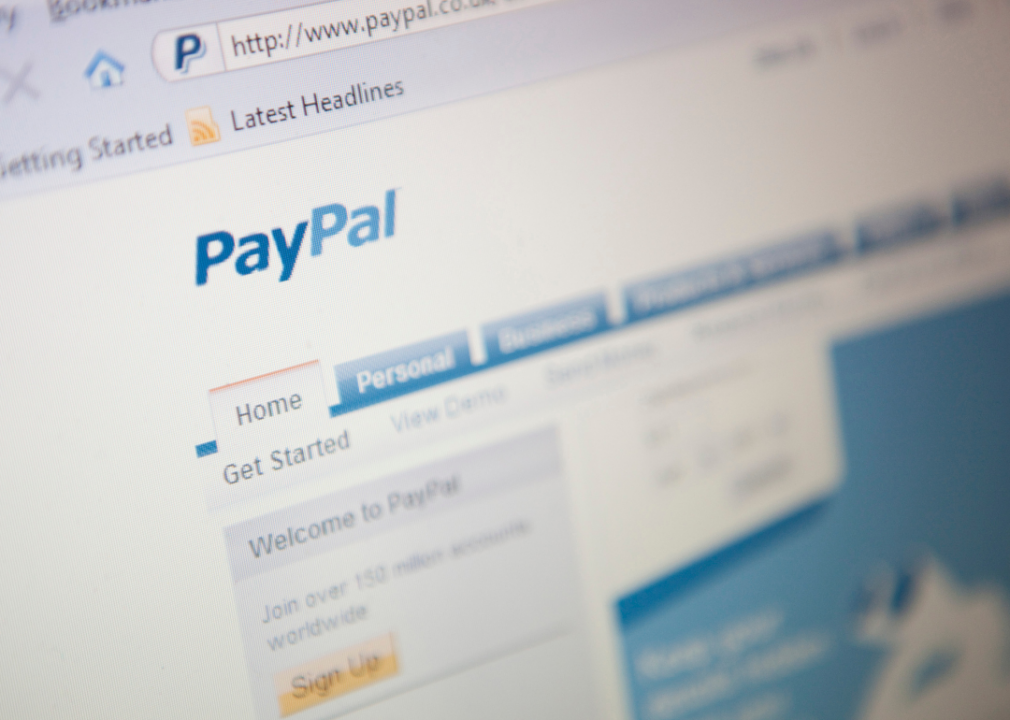 Originally named Confinity, PayPal made its debut on the e-commerce stage as a digital payment platform. Small businesses, online vendors, and consumers were drawn to the concept of sharing their emails and banking information for quick, low-cost payments. PayPal became an even more profitable business as the company charged fees to its users. 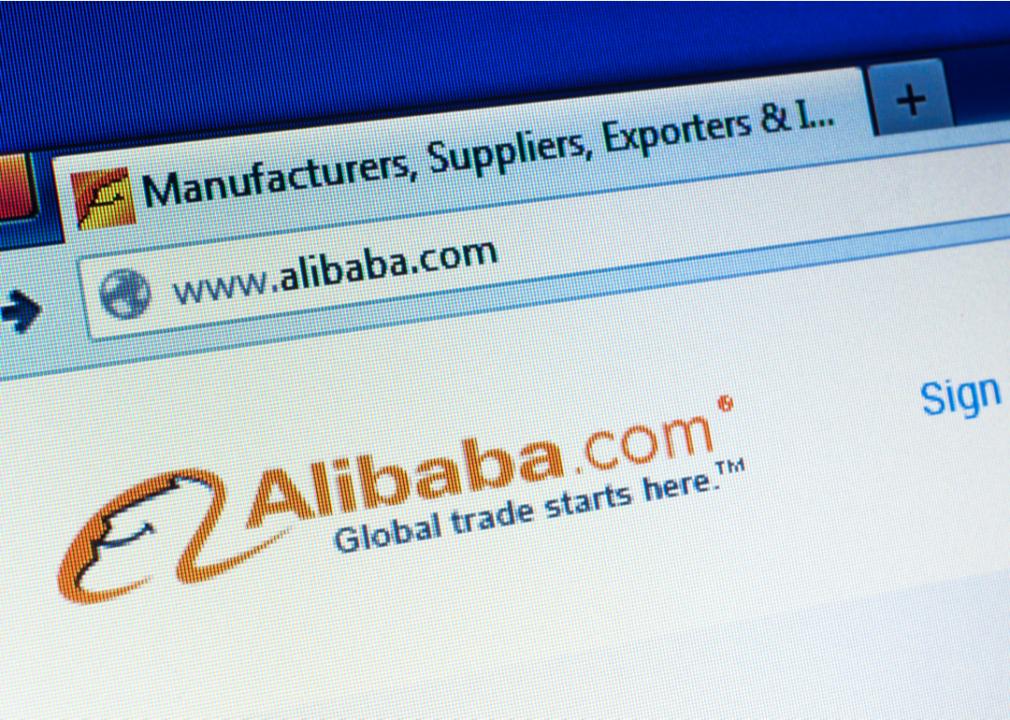 A former English teacher named Jack Ma got together with a group of friends to create the online marketplace Alibaba Group, now the largest e-commerce site on the planet.

Ma traveled to the U.S. from China determined to pursue his education and, during the trip, he noticed the absence of Chinese companies in the growing e-commerce space. Ma got the idea to start Alibaba’s website, which was geared toward Chinese businesses and eventually attracted investors. Alibaba grew to be a multibillion-dollar, online-shopping powerhouse that’s still used today via its three e-commerce sites Alibaba.com, Taobao, and Tmall. 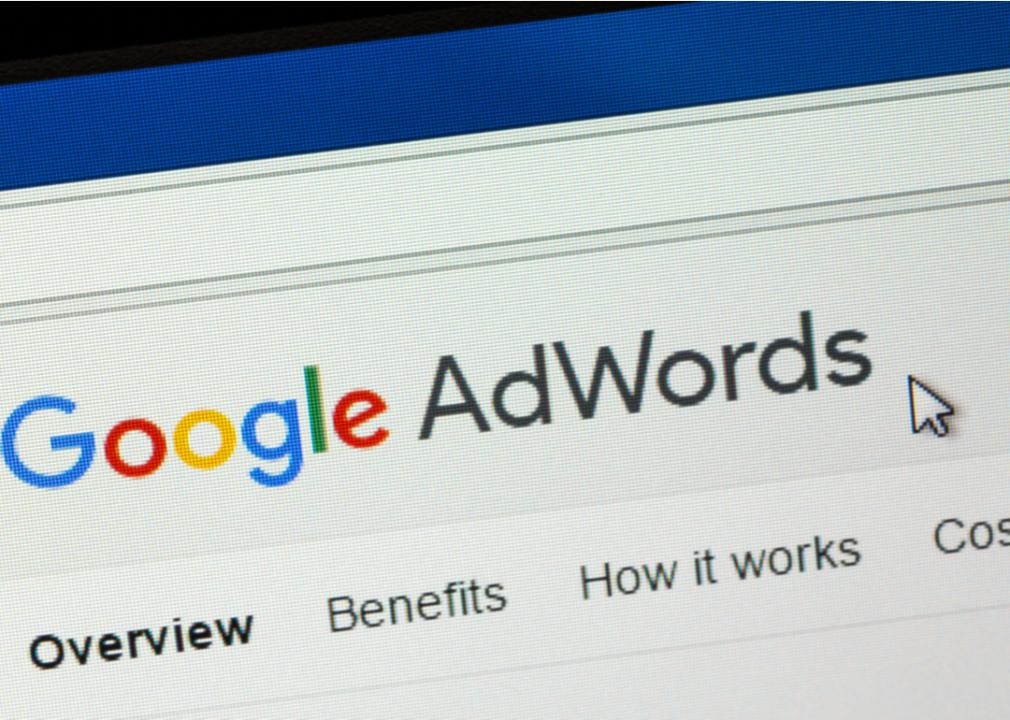 The turn of the century marked the introduction of Google AdWords as a way for e-commerce companies to advertise to online users. 2000 also marks the year Google pretty much invented pay-per-click advertising. At the same time, megastore Walmart launched its website to allow for online sales. 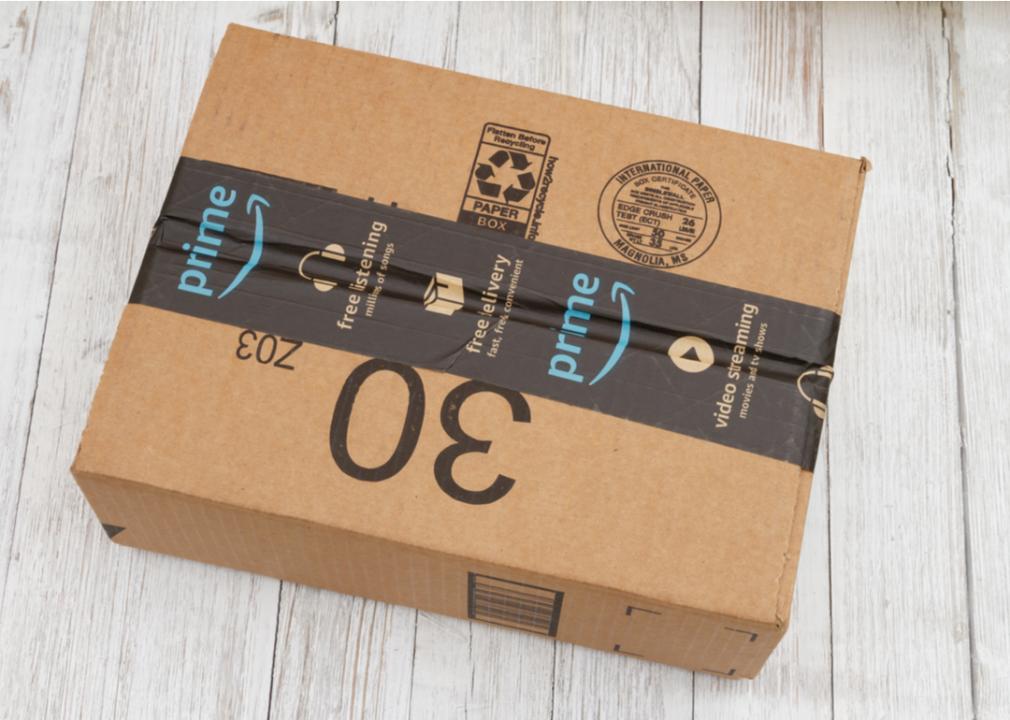 In launching its Amazon Prime service, Amazon allowed members free two-day shipping for a flat annual fee. By this time, the e-commerce giant was selling more than just books—consumers could find just about anything on Amazon. This year also saw the creation of Etsy, an e-commerce community centered around craftsmanship and supporting small businesses. 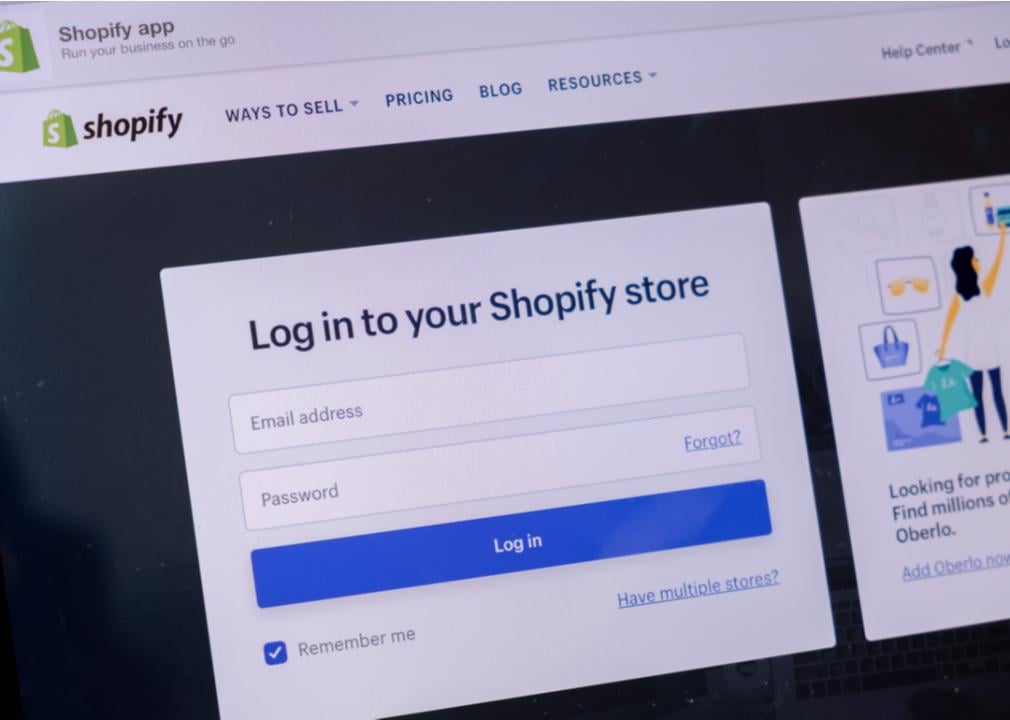 Shopify, a Canadian e-commerce platform used to create and run online stores, launched in 2006 to offer online retailers a variety of services including shipping, marketing, and engagement tools. The platform joined the mobile boom in 2010 when it premiered its first free mobile app on the Apple App Store. 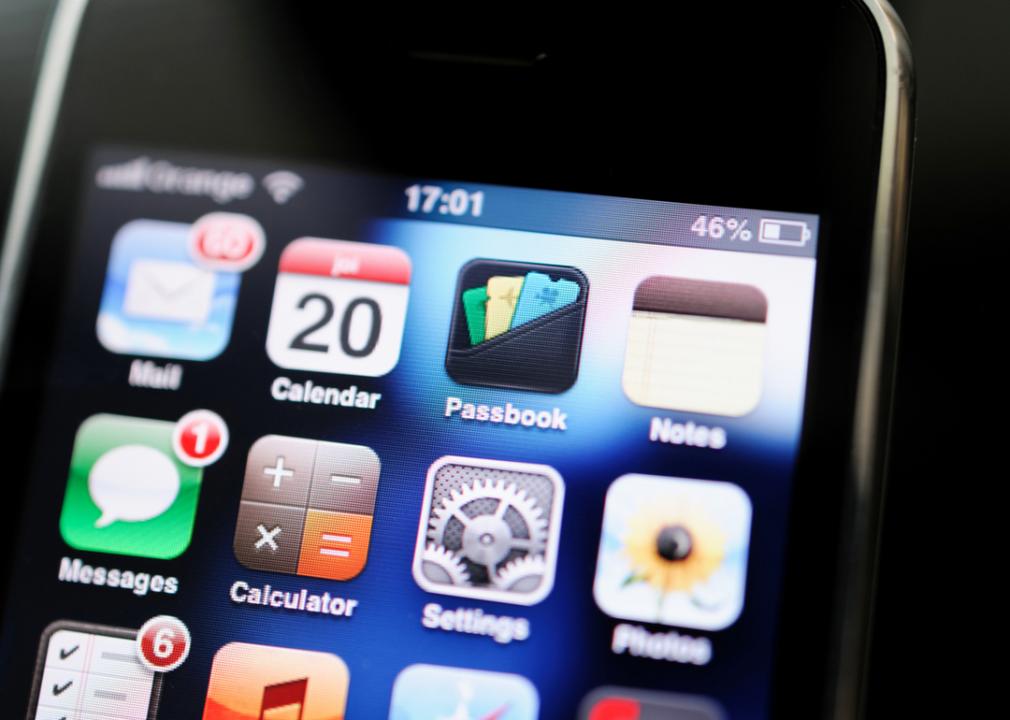 2007 was a landmark year for technology that gave way to serious evolutions in online shopping. Smartphones arrived this year with the first iPhone; Hulu, a subscription-based streaming platform, made its debut; and Walmart also launched its site-to-store option, providing consumers the ability to buy online and pick up (sometimes same-day) in-store. 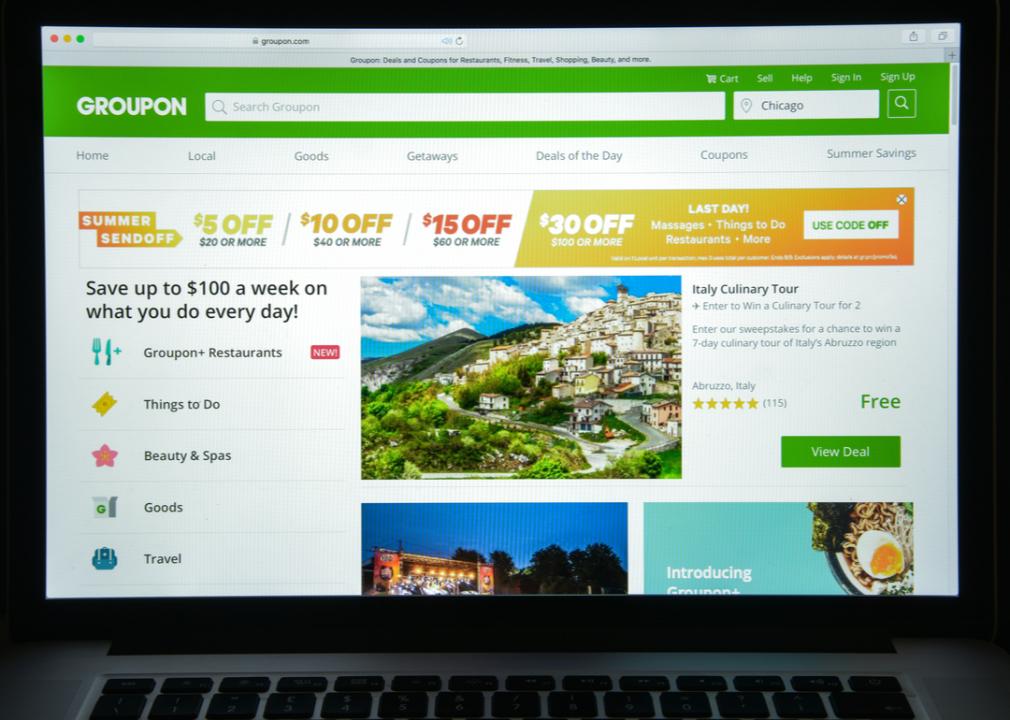 Groupon entered the market in 2008 with a simple concept: Introduce consumers to local businesses with daily deals. The company’s target demographic was young, single, educated women. All sorts of deals could be found on the site, from discounts on pizza pies to spa treatments. At the time, Groupon grew to be one of the leading discount sites, reaching a $750 million IPO. 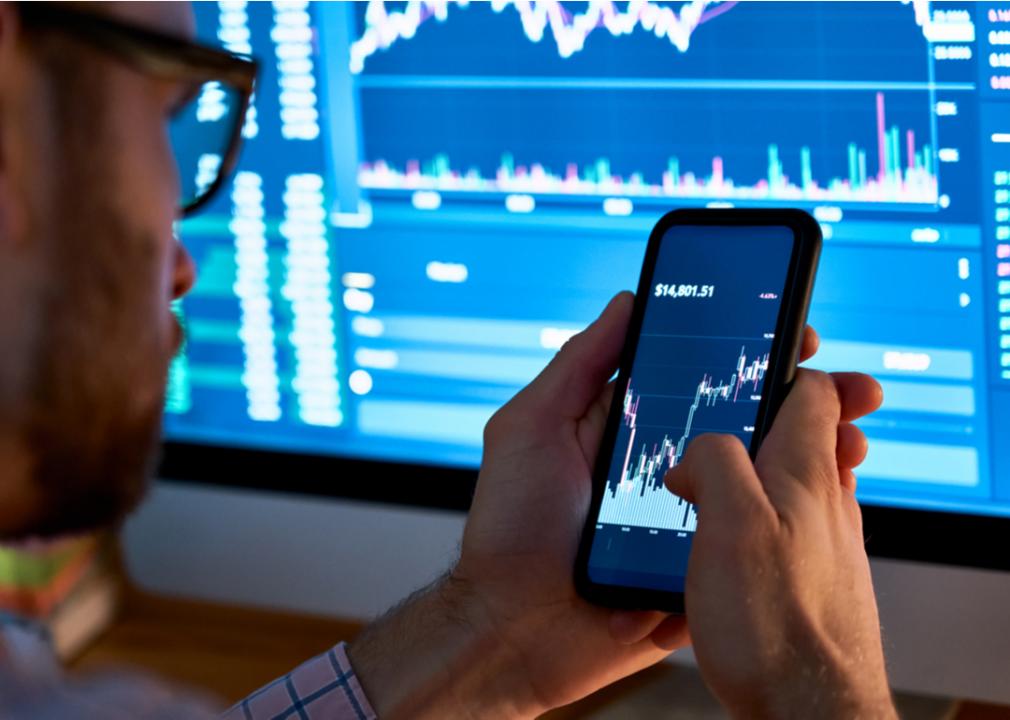 2009: Cryptocurrency and BigCommerce are launched

Bitcoin, one of the primary forms of cryptocurrency, was launched in 2009. Its advent forever changed the way consumers purchase items online and continues to be a leader in crypto. In that same year, BigCommerce, an online storefront service, launched to provide software to various businesses. 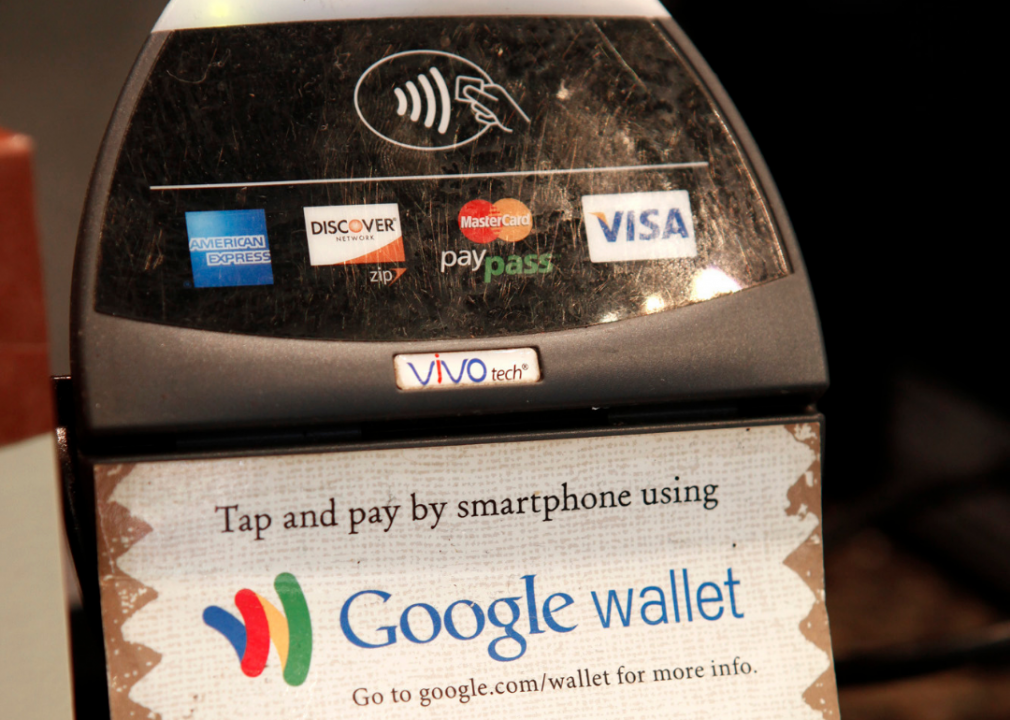 2011: Google’s Wallet ushers in a new, digital form of payment

Google introduced Google Wallet, a smartphone service that links to a debit card, in 2011. Google Wallet provides features such as payment history, allowing users to see which card was used for a transaction as well as the time of the transaction. Google Pay is widely accepted by online retailers. 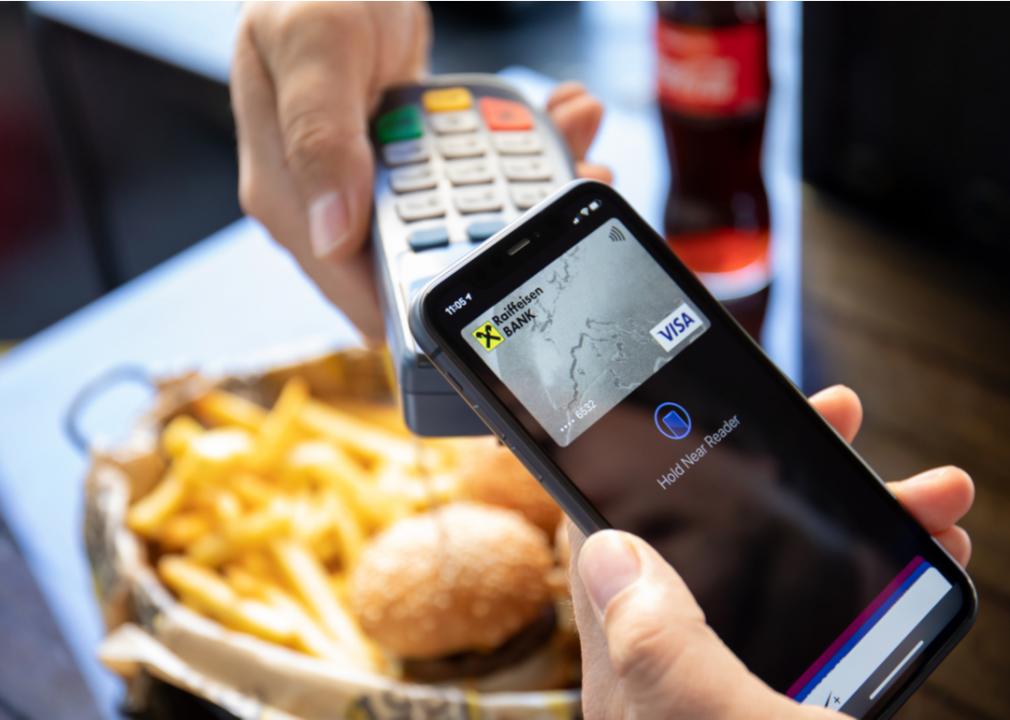 2014: Apple Pay introduced as a form of payment

Apple Pay allowed consumers to pay for items directly with their iPhones. Apple Pay functions similarly to a debit or credit card: Instead of pulling out a wallet or purse, consumers can make purchases using their iPhones. Seven years on, this popular form of payment is still widely accepted in physical stores and online shops. 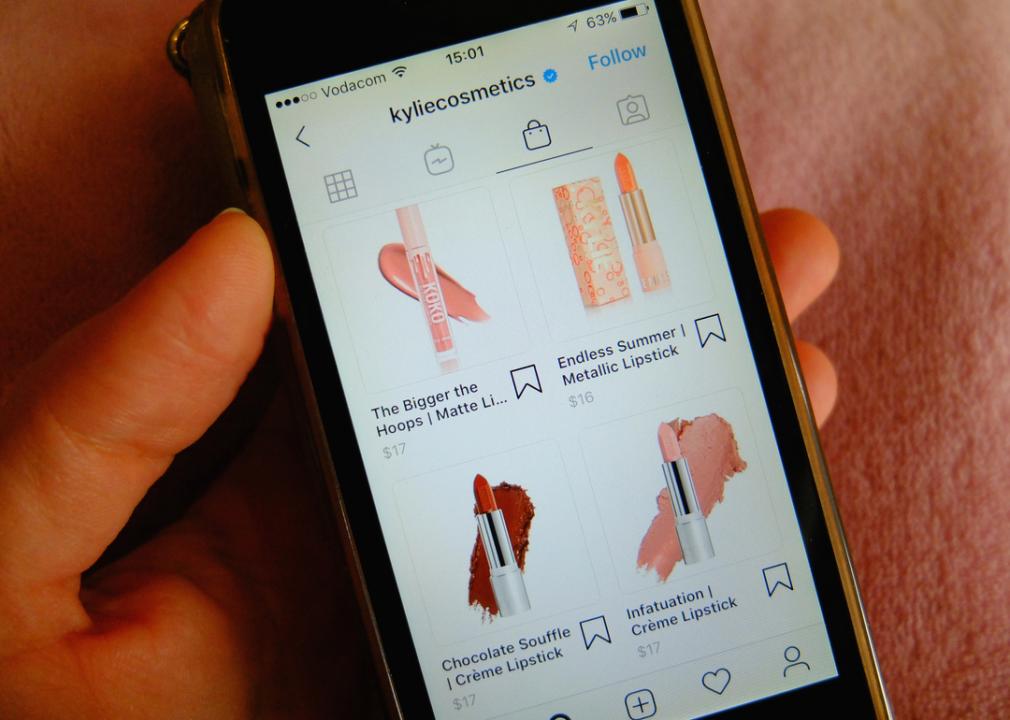 This collaboration helped Instagram business accounts advertise their merchandise to consumers, which gave Instagram users the option to purchase directly from within the app itself. This easygoing feature provided Instagram users a seamless way to buy items as they endlessly scrolled and swiped across the social platform without ever leaving the app. 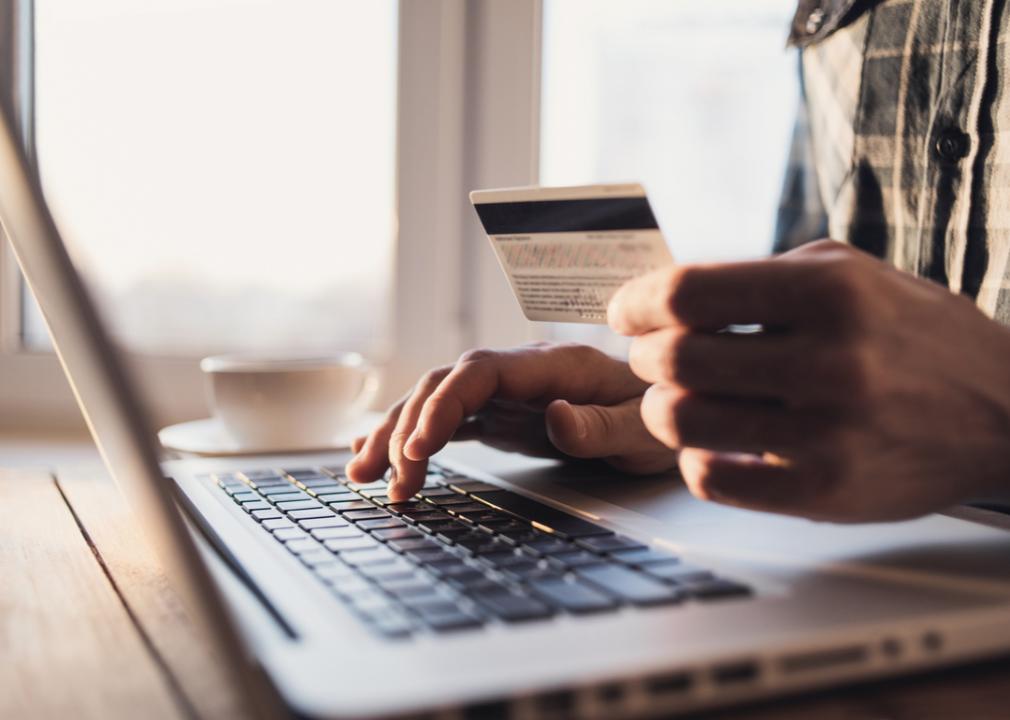 When the COVID-19 pandemic began its relentless march across the globe, consumers switched gears, making purchases online that they would usually make in person at physical stores.

Food, household items, and clothing were among some of the most common items purchased online during the health crisis. Instacart reportedly generated $1.5 billion in revenue and Amazon saw a 220% increase in profits—and this growth in online shopping doesn’t appear to be slowing down anytime soon.

This story originally appeared on Alpine Rings
and was produced and distributed in partnership with Stacker Studio.