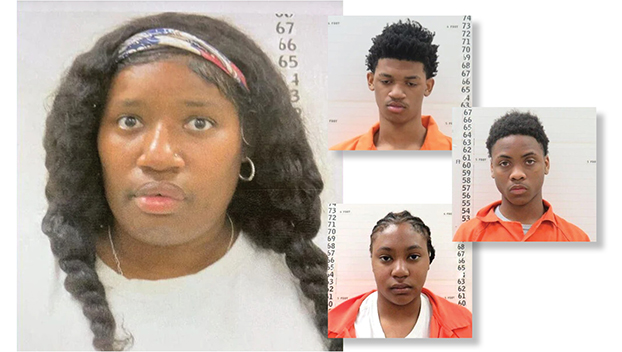 A Mississippi mother has been arrested and accused of aiding her teenage son and two other teenagers in the murder of another teen at a rural Mississippi apartment complex.

Ackerman police say that Jessica McDonald transported her son, Cordarius Brown, 16, Muleyah Yeates, 16, and Detravion Ball, 14, to and from the scene of a March 27 fatal shooting at Millwood Apartments in Ackerman.

Brown, Yeates and Ball have all been charged with first-degree murder in the killing of Darrius Kennedy, 18. Police say Ball will be charged as an adult.

Kennedy was shot at Millwood apartments and later died at the hospital.

Ackerman Police say McDonald brought the teenage shooting suspects to Millwood Apartments and took them back to Louisville after the shooting. Police believe arguments leading up to the shooting were mostly family-related, but say some gang activity could be involved in the case.

McDonald was arrested and charged with accessory after the fact to murder.