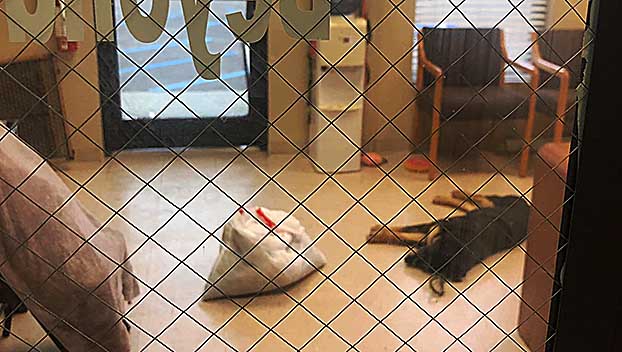 A Mississippi woman said she was the mother of the homeless teenager who made headlines last week after surrendering his dog to a shelter before later being reunited with the dog.

The woman, who was not identified, spoke to WREG-TV in Memphis about the situation.

The woman said she spotted her son on television coverage last week after not seeing him for about a year when he first went missing.

The woman said the teen ran away after she disciplined him.

The boy first caught regional attention after he brought his dog to the Senatobia-Tate County Animal Shelter last week, telling shelter workers he could not afford to care for the dog anymore and that he was living under a bridge.

An outpouring of support and attention led the police to locate the boy and the shelter to reunite the teen with his dog.

Police said Friday the teen is safe and has a place to stay.