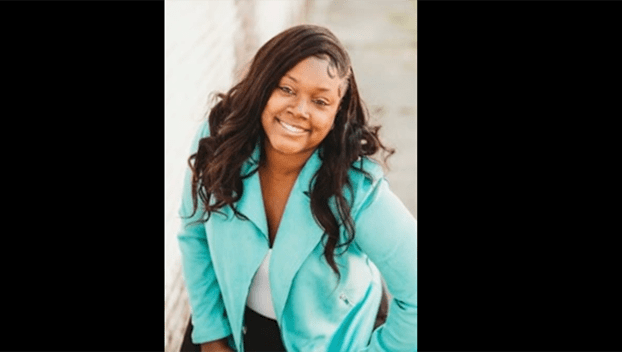 Local author Tanisha Bankston knows all about taking her pain and struggles and turning it into fuel for growth and healing.

Last week, Bankston launched “My Pain is My Power,” a podcast that centers around the stories and discussions from survivors of sexual abuse, domestic abuse and other related experiences.

Bankston said she wants to give other women an opportunity to make their voices heard, seek help when they need it, and move forward in life.

“In small communities in the United States, conversations about sexual violence happen in a hushed tone,” she said. “The lack of an open dialogue makes it more difficult for women who are victims of sexual assault and who lack some support to know where to turn to and find some support. This process will allow women to move from victim to survivor or victim to victor.”

Bankston herself is a survivor of childhood sexual abuse and domestic violence and wants to help others find their voice. She said that from the time she was assaulted as a young child until very recently, she was unable to speak out. She eventually found her voice after decades of silence and wrote a book, “My Pain is My Power,” detailing her experiences.

However, she did not want to stop at just telling her own story. Bankston knew that many others needed the opportunity to tell their stories and to make their voices heard and sought ways to do that.

When Bankston moved to Oxford from Grenada in August 2021, she quickly sought to build connections in the community. Through her pursuit, she became a member of the Oxford-Lafayette County Chamber of Commerce which is where she learned about the Idea Accelerator program through Chamber Vice President Allen Kurr and other local entrepreneurs.

“(Kurr) mentioned it to me and told me about it as well as Timber Heard,” Bankston said. “They had mentioned it to me, Allen sent me the application and I had applied for it right at the deadline.” That last-minute entry secured Bankston a place as one of 10 Builders in Oxford.

Through Heartland Forward and Builders & Backers Idea Accelerator program, a 90-day virtual workshop and $5,000 Pebble Fund grant, Bankston is able to achieve her dream of helping others who have gone through similar abuse.

“They’re giving me money to run my experiment and money to do things that need to be done like taking women out for a meet and greet just to let them know they are loved and to talk to them,” she said.

Prior to joining Builders & Backers, the author only planned to create support groups for survivors but the program’s workshops pushed Bankston to create a podcast titled after her autobiography, “My Pain is My Power,” with the assistance of Josh McGlawn, local entrepreneur and creator of Real Talk with Real Men podcast, and Qua McGlawn.

“My Pain is My Power” podcast will be a resource for victims and provide them with a support group, knowledge of local resources and where to receive counseling. Each episode will have a podcast based on discussion with survivors from Bankston’s Women Support Group for Survivors on Facebook and special guests.

The goal of each episode is to encourage listeners to speak their truth and to find healing in their journey.

“There’s beauty on the other side of everything that you’ve gone through,” said Bankston. “Seek the help that you need and don’t be afraid to seek it. If no one else believes you, I’ll believe you.”

When Bankston has completed the Idea Accelerator program, it will not be the end of her advocacy for victims and survivors. She is looking forward to continuing the podcast and helping her support group grow.

“My Pain is My Power” will be streamed on Anchor, Apple Podcasts, Spotify and YouTube. For more information visit the Facebook page at www.facebook.com/MyPainIsMyPowerLLC or her website at www.mypainismypower.com.