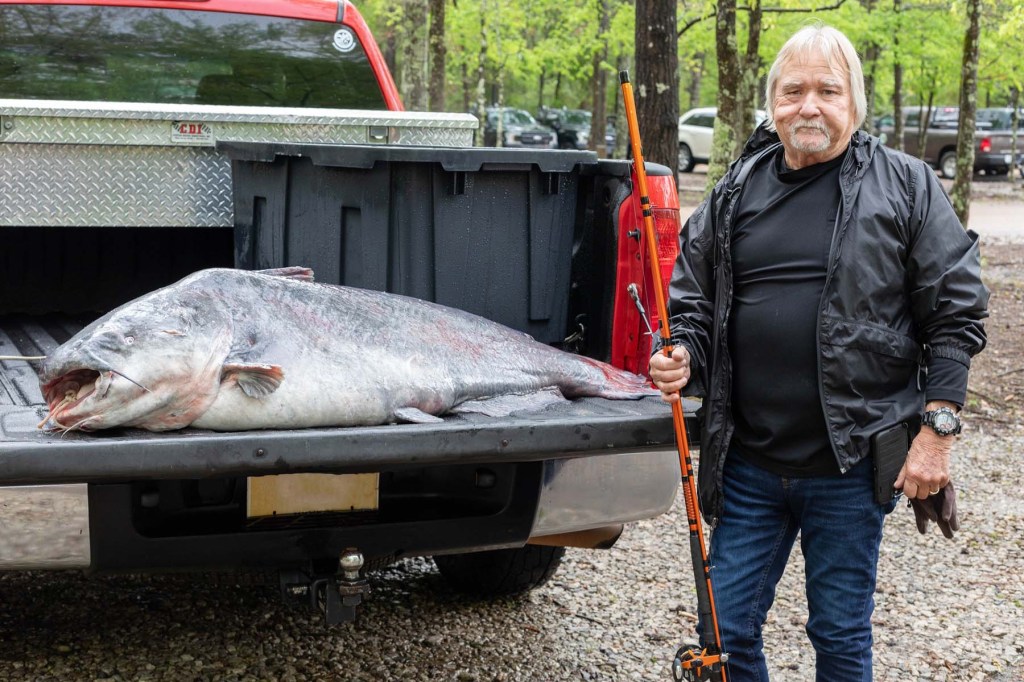 A Mississippi fisherman hauled in a monster blue catfish from the murky depths of the Mississippi River, shattering the previous state record.

Eugene Cronley of Brandon, Mississippi, hauled in the 131-pound fish on Thursday in the Mississippi River near Natchez.

Cronley said it took him 40 minutes to land the enormous catfish.

Cronley’s fish shattered the previous record of 95 pounds caught on a rod and reel caught by Dakota Hinson in 2009 and it is larger than the previous all-time record blue catfish of 101 pounds previously caught by Freddie Parker and Brad Smith in 1997. Both of those fish were also caught in the Mississippi River near Natchez.

Cronley said he caught the fish with a rod and reel using a skipjack herring as the bait.