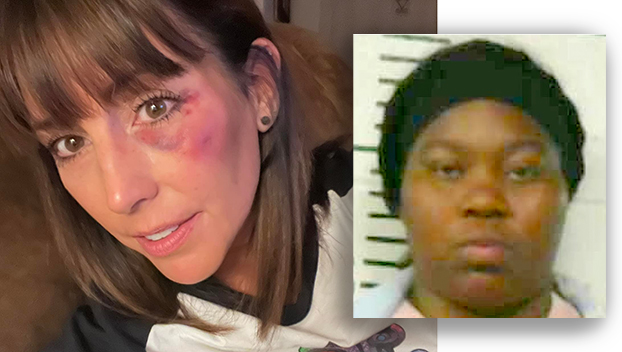 A Mississippi softball umpire posted a picture of her bruised face on Facebook after she was punched by a mother in the parking lot of a softball complex Saturday.

Kristi Moore is recovering after the confrontation with Kiara Thomas, who was reportedly waiting to ambush Moore after Moore finished umpiring a 12-year-old softball game at the Laurel Sportsplex.

Moore said she was filling in after one of the umpires got sick. She’s been calling games for 10 years.

After Thomas was asked to leave the game by a coach because of her cursing, Thomas allegedly waited to confront Moore after the game.

Moments after the punch, Thomas was arrested and charged with simple assault, fined $422.25 and released after being arrested by Laurel police less than 20 minutes after the report.

Moore posted a photo of her eye on Facebook and said, “I got punched coming off of a field last night. There is no excuse for this. Umpires are not perfect. We never will be. But guess what. No one is.”