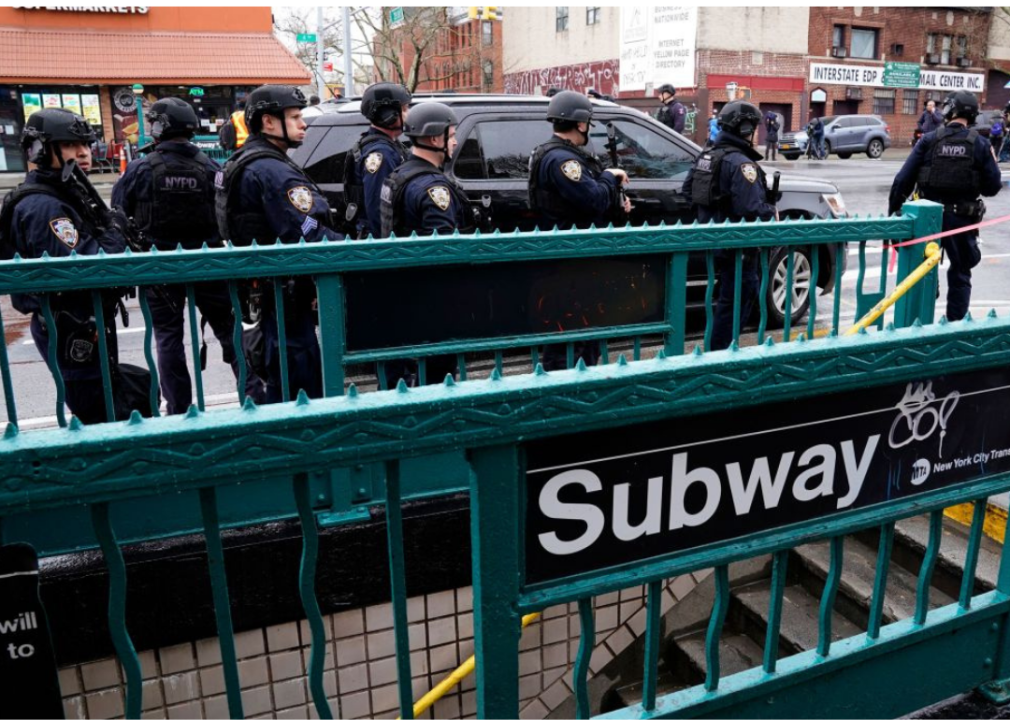 Frank R. James detonated two devices and fired off 33 shots from his handgun on Tuesday morning inside the 36th Street subway stop in Sunset Park, Brooklyn. No people were killed, but 23 were injured either from the blast or bullets. The 62-year-old suspect was arrested on Wednesday, April 13 in New York City’s East Village. He has been charged with violating a law that prohibits terrorist and other violent attacks against a mass transportation system.

Groceries are 10% more expensive this year

Groceries prices rose 10% year-over-year and 1% since February, driven largely by a rise in prices of meat, poultry, fish, and eggs, according to data from the Bureau of Labor Statistics released Tuesday, April 12. The cost of goods and services across all categories rose 8.5% since March 2021. This is the highest documented rate of inflation in more than four decades.

Omicron BA.2 is responsible for 86% of new COVID cases

According to a report released on Tuesday, April 12,  by the U.S. Centers for Disease Control and Prevention, nearly 86% of COVID-19 cases reported in the U.S. are caused by BA.2 Omicron subvariant—thought to be about 30% more contagious than other variants. In the northeast, it’s the cause of roughly 90% of new cases. The subvariant was discovered in South Africa in November of 2021 and first reported in the U.S. in January 2022.

On Thursday, April 14, Elon Musk made an offer to buy Twitter for $43 billion. Musk temporarily became Twitter’s largest shareholder after buying 73 million shares for a 9.2% stake in the company earlier this month. As of April 8, Vanguard Group owns a 10.3% stake in the company according to a recent Securities and Exchange Commission filing. Musk, a self-proclaimed free speech absolutist, has been critical of Twitter’s moderation policies and would likely make changes to broaden what speech is permitted on the platform. Twitter announced on Friday, April 15 that the company adopted a shareholder rights plan that will reduce the chances of any person or entity could take over the company.

On Thursday, April 14, Florida Gov. Ron DeSantis signed a 15-week abortion ban into law. Abortions may be permitted under the new law if it is necessary to save a mother’s life or prevent serious injury, or if the fetus has a fatal abnormality. The new law does not exempt instances where pregnancies are caused by rape, incest, or human trafficking. Under the current law, abortions are permitted up to 24 weeks. The new law takes effect July 1.