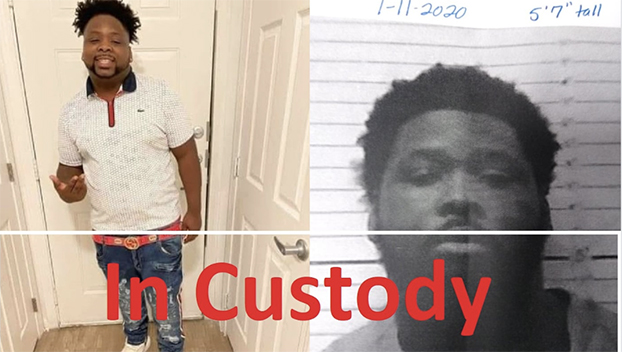 Police have taken into custody a man who is accused of killing a Mississippi woman early Easter Sunday.

Wiggins Police responded after family members found the body of Kayla Cooper at a home on Harrison Street in Wiggins shortly after 1 a.m, Sunday.

After the discovery of the body, Wiggins Police posted on social media that they were looking for her boyfriend Zavago Oryan Wilson in connection with the death.

The police said they considered Wilson to be armed and dangerous and asked for the public’s help in locating him.

Sinc then they have taken Wilson into custody as a suspect.

Anyone with information about the investigation is asked to contact Wiggins Police Department at (601) 928-5444. Anonymous tips can also be made to Mississippi Coast Crime Stoppers online or by calling 877-787-5898.