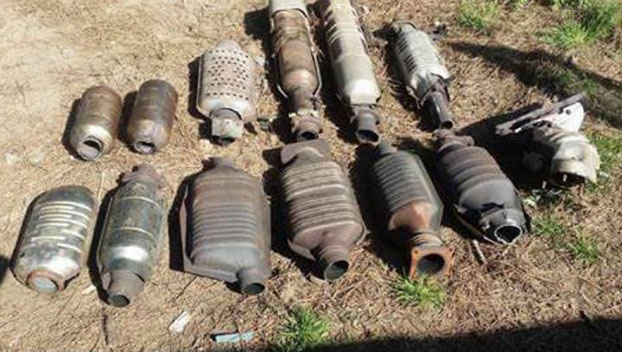 Mississippi police are investigating after multiple catalytic converters were stolen from vehicles parked at three apartment complexes on Good Friday.

Officers from the Ridgeland Police Department were called shortly before 5 a.m. on April 15 to the Pointe Apartments located at 831 Rice Road in reference to the possible theft of parts from a vehicle.

Officers arrived and were able to identify a vehicle in the apartment complex missing a catalytic converter.

Police received additional reports of catalytic converter thefts throughout the day from other area apartment complexes.

Investigations revealed that at least four catalytic converters were stolen from vehicles at three apartment complexes —two from The Pointe Apartments, one from the Legacy Apartments and one from the Arbors at the Natchez Trace.

A resident at Legacy Apartments also reported a Honda dirt bike being stolen from the bed of a pick-up truck.

Several items of evidence were recovered from the various crime scenes. Investigators are working to secure any video evidence that may have captured images of interest.