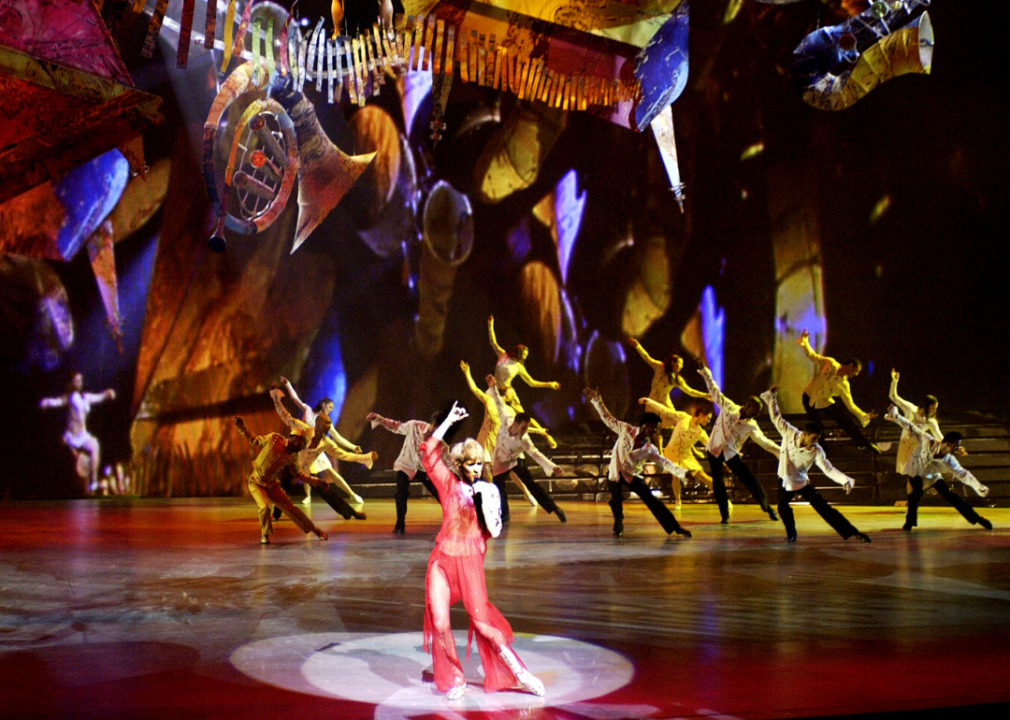 Lady Gaga. Cher. Bruno Mars. Diana Ross. Usher. Bette Midler. Concert headliners have been bringing Vegas audiences to their feet since Liberace debuted at Hotel Last Frontier in 1944. With Liberace’s success, Vegas saw a formula they could bank on. Crowds were as hyped about live performances as they were gambling at casinos. Soon to follow on Liberace’s heels were acts including Nat King Cole, Benny Goodman, Ella Fitzgerald and Harry Belafonte.

As romances go, fans fell hard for Frank Sinatra. The crooner’s first gig in Las Vegas was in 1951 at the Desert Inn. Sinatra would amp up production value over the course of his 43-year Vegas tenure with everything from a 70-piece orchestra backing him up, to the sexy style of performances with The Rat Pack—Dean Martin, Sammy Davis, Jr., Joey Bishop, and Peter Lawford. Sex appeal in Vegas would prove its staying power with acts like Elvis Presley and Tom Jones, who had audiences swooning in the 1960s.

In recent years, female icons—think Jennifer Lopez, Shania Twain and Mariah Carey—have been front and center. Currently, Adele has ticket holders on the edge of their seats, as her formerly-postponed Caesar’s residency may be rescheduled for summer 2022.

With so many legends making their mark in the City That Never Sleeps, which ones have been the top earners? The five highest-grossing Las Vegas residencies to date were compiled by BestOdds using data from Billboard. Following are the current standings based on actual gross earnings for the total run of each residency, along with estimated inflation-adjusted earnings in 2022 dollars. And yes, the top five residencies are, to this day, legendary. 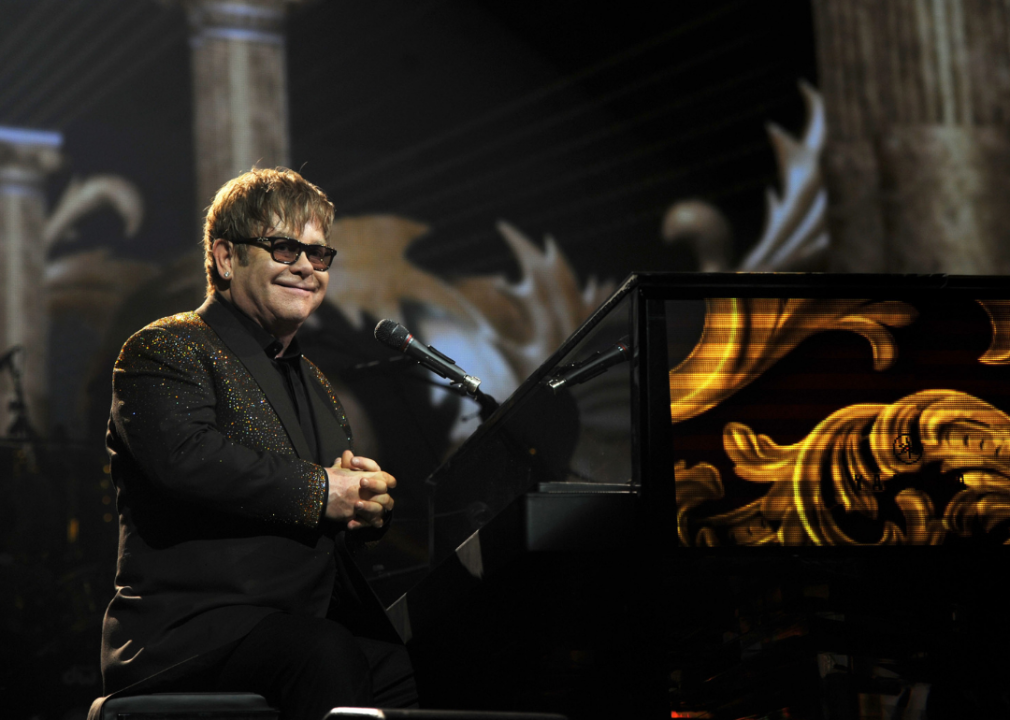 Las Vegas loves Elton John. After his first residency, “The Red Piano,” came to a close in 2009, The Colosseum at Caesars Palace welcomed him back to kick off “The Million Dollar Piano” residency, which ran from 2011 through 2018.

There was much to celebrate during “The Million Dollar Piano’s” run. On the personal front, John and his longtime love, David Furnish, experienced the birth of their second son, Elijah Joseph Daniel Furnish-John, on Jan. 11, 2013. Their eldest son, Zachary Jackson Levon Furnish-John, was born on Dec. 25, 2010. The proud fathers would tie the knot, with both sons in attendance, on Dec. 21, 2014. 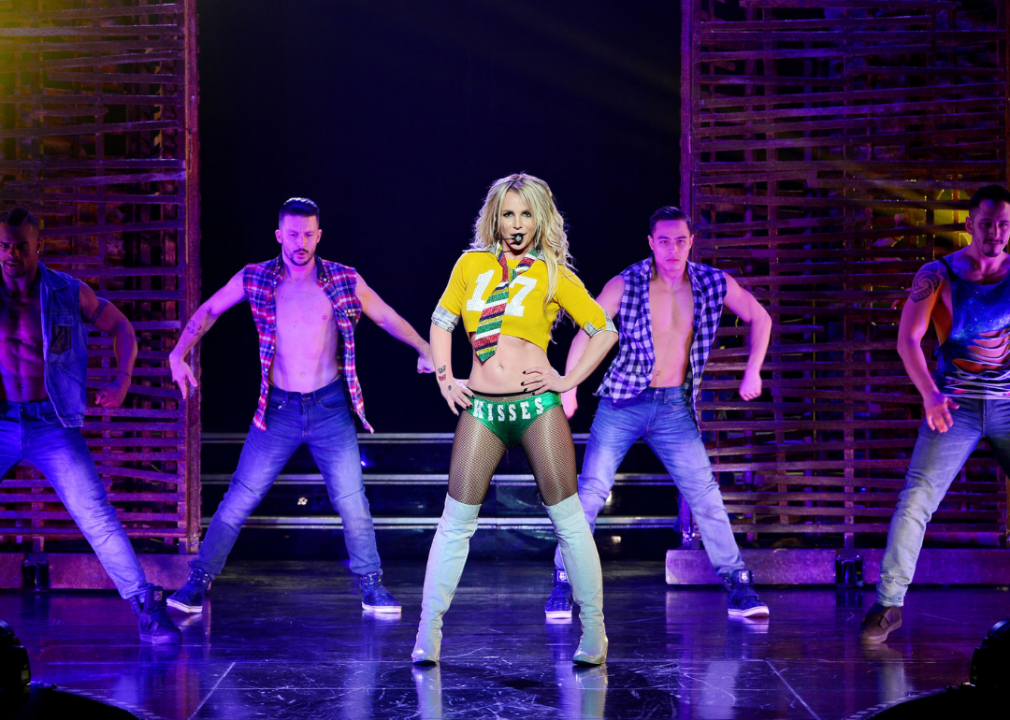 Britney Spears announced her “Piece of Me” Vegas residency in grand fashion—via helicopter on ABC’s “Good Morning America.” Below, in the Nevada desert, over 1,000 Britney fans performed a card stunt letting viewers know the megastar would be hitting the stage at The Axis at Planet Hollywood Resort & Casino on Dec. 27, 2013.

“Piece of Me” was such a huge success, Spears’ original two-year residency was extended through December 2017. In December 2013, the album “Britney Jean” was released. Spears’ residency concluded on Dec. 31, 2017—she also appeared on ABC’s “Dick Clark’s New Year’s Rockin’ Eve.” The final performance of “Piece of Me” set a box office record for a single show in Vegas, bringing in $1.172 million. 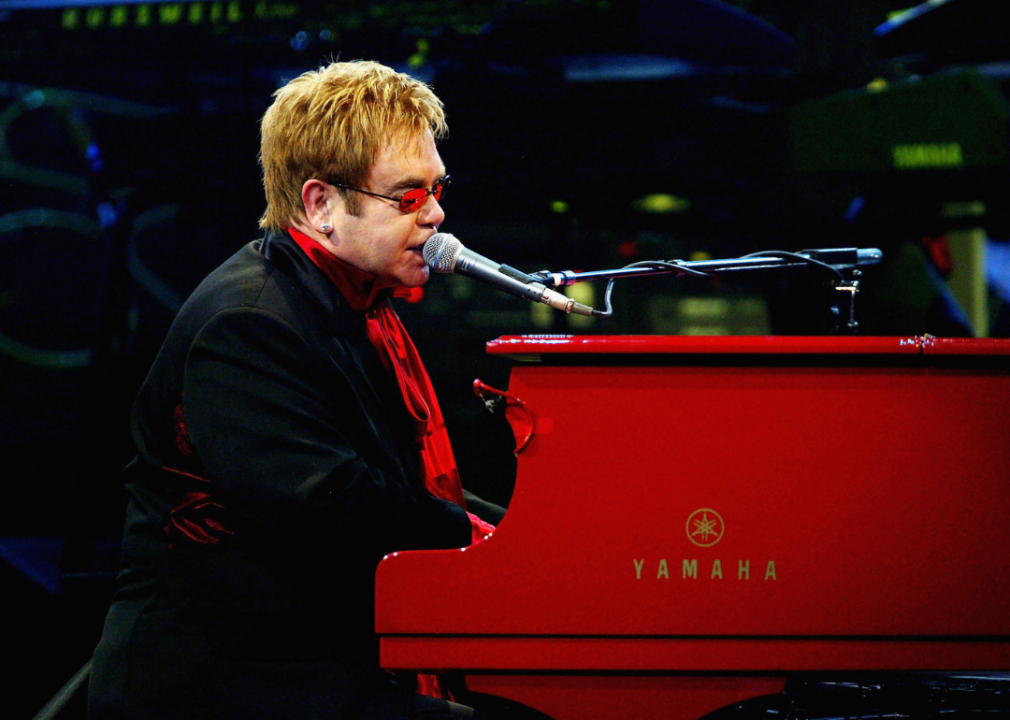 On the album front, Elton John has sold over 300 million records worldwide, achieving one diamond, 32 platinum or multi-platinum, and 21 gold albums. His first Las Vegas residency, “The Red Piano,” ran from 2004 through 2009 at The Colosseum at Caesars Palace.

During “The Red Piano” run, John experienced many milestone moments. In 2004, he received a Kennedy Center Honor. Then, in 2005, he and David Furnish made their union a formal one with a civil partnership ceremony. That same year, “Billy Elliot The Musical” (an adaptation of the 2000 film “Billy Elliot”), for which John wrote the music, premiered at London’s Victoria Palace Theatre. And, John ushered in his 60th birthday with a concert in New York’s Madison Square Garden. It was his record-breaking 60th sold-out show at the venue. 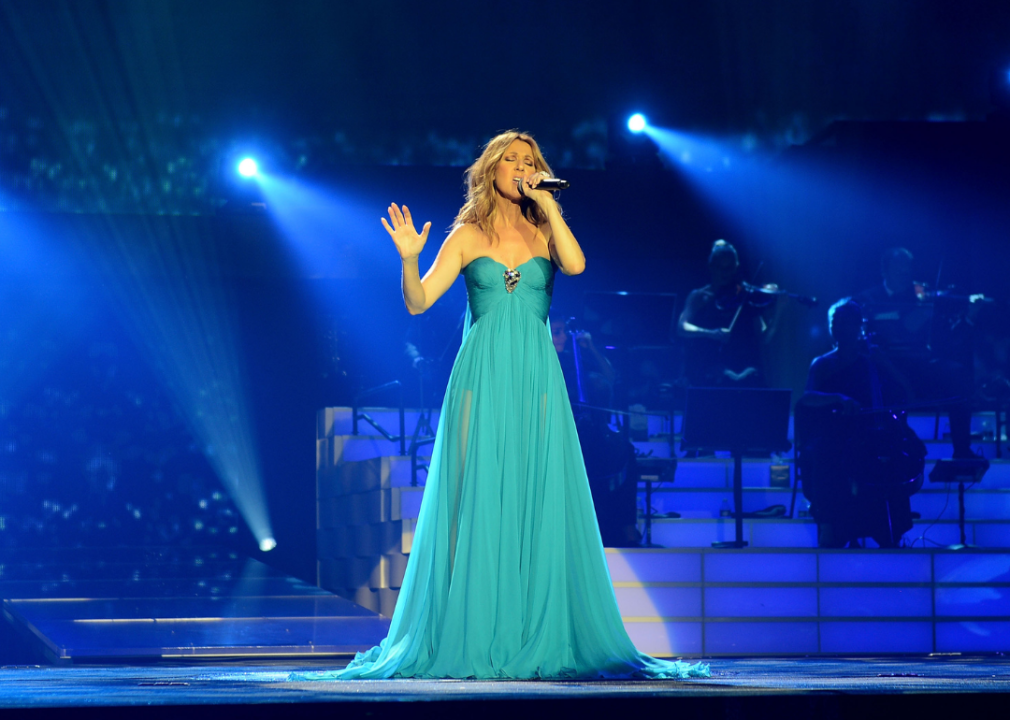 Celine Dion’s desire to focus on family drove the launch of her first Vegas residency, “A New Day.” The same holds true with her return to The Strip in 2011. With the birth of her twin sons, Nelson and Eddy, Dion moved back to Vegas to kick off a new residency at The Colosseum at Caesars Palace: “Celine.” Her return would break box office records. On Jan. 14, 2016, Dion’s husband and manager, music producer René Angélil, died after a battle with cancer. That May, Dion was presented the Lifetime Achievement Icon Award by her eldest son, René-Charles Angélil, at the Billboard Music Awards.

Another Billboard Music Awards moment would occur in May 2017, when Dion performed her Academy Award-winning song, “My Heart Will Go On” from the soundtrack of the film “The Titanic,” which was celebrating its 20th anniversary. The video of “Ashes,” Dion’s song from the soundtrack for the film “Deadpool 2,” was filmed in The Colosseum in May 2018.

Dion began the “Courage World” tour in September 2019, just prior to the November 2019 release of her album “Courage.” The tour and a Vegas residency at the new Resorts World Theatre were postponed due to health issues. 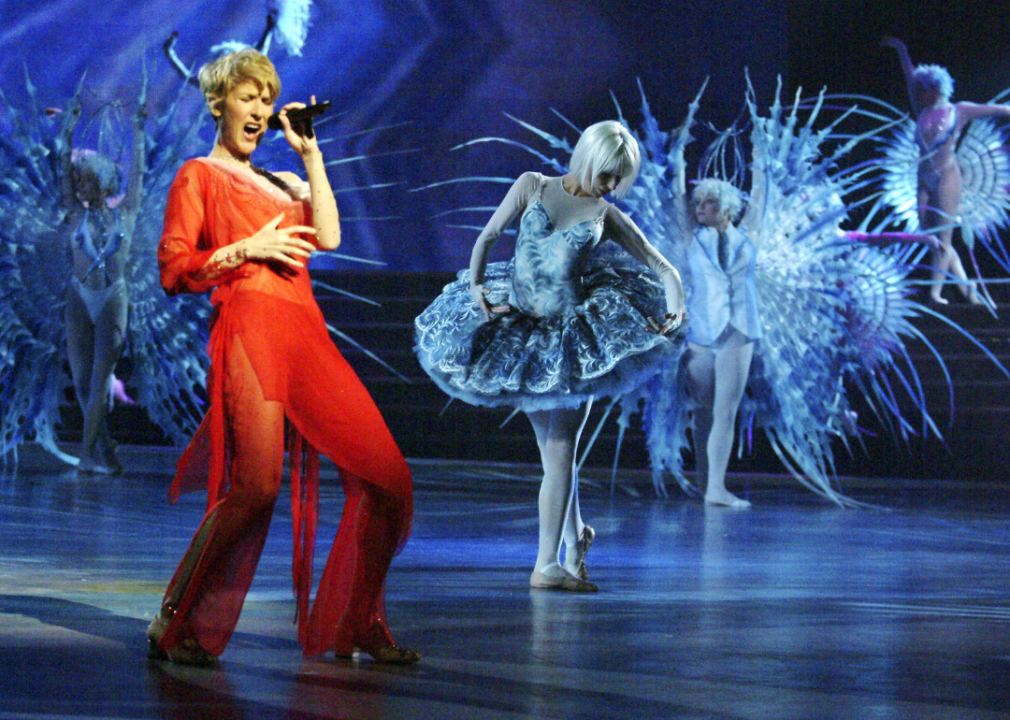 When Celine Dion first hit Vegas for her “A New Day” residency, she took the city by storm. The Colosseum at Caesars Palace was custom-built for the occasion for $95 million. Having given birth to her first child René-Charles Angélil in 2001, the residency would enable the Canadian songstress to make family her focus after decades of touring.

“A New Day” featured over 700 sold-out performances to over 3 million audience members by the time its curtains closed on Dec. 15, 2007. Dion would follow up with a yearlong world tour in 2008, which was captured in the film “Celine: Through the Eyes of the World.”