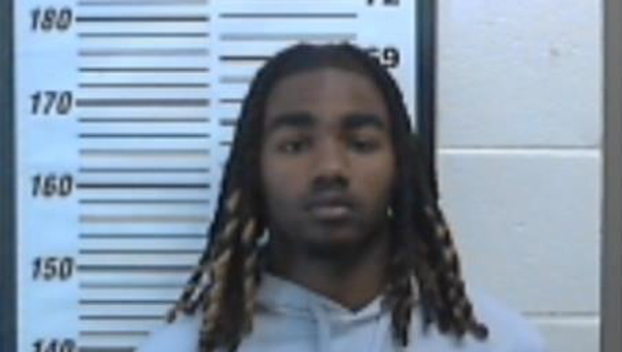 Pearl Police have arrested and charged Jerry Lee “JBird” Johnson, 19, for an accident that critically injured a fellow high school senior, a 17-year-old young lady, in the early morning hours of Saturday, April 16.

The victim is currently at UMMC in critical, but stable condition from the severe injuries suffered in the incident.

Johnson, a senior at Pearl High School, is charged with Aggravated Assault, Felony Malicious Mischief and Public Drunk in connection with the prom night. He is being held at the Rankin County Detention Center awaiting an initial court appearance.

In the early morning hours of April 16, the Pearl Police Department received 911 calls for a multi-vehicle accident with injuries in a parking lot of the Home 2 Suites Hotel at 435 Riverwind Dr. Officers arrived and found four vehicles were damaged, and one young female lying on the ground critically injured in-between two of the vehicles.

The Pearl Fire Department and Pafford EMS were dispatched to the scene and gave immediate treatment to the young female. Officers gathered information on scene from several witnesses who stated the driver of a white Chevrolet Camaro, identified as Jerry Lee Johnson Jr, was driving at a high rate of speed in the parking lot and lost control of the vehicle. The Camaro collided with a Dodge Charger in the parking lot, which launched that vehicle into another vehicle, pinning the victim in-between both vehicles.

The young female was transported to University Medical Center by ambulance in critical condition. The Pearl Police Criminal Investigation Division was notified, and responded to UMMC to conduct further investigation. Detectives learned that the young female went into emergency surgery for her injuries.

Rankin County District Attorney Bubba Bramlett is now in charge of the case for prosecution.