‘One smart cookie’: Stray, pregnant dog has eluded capture in Mississippi town, but has won the hearts of many on social media 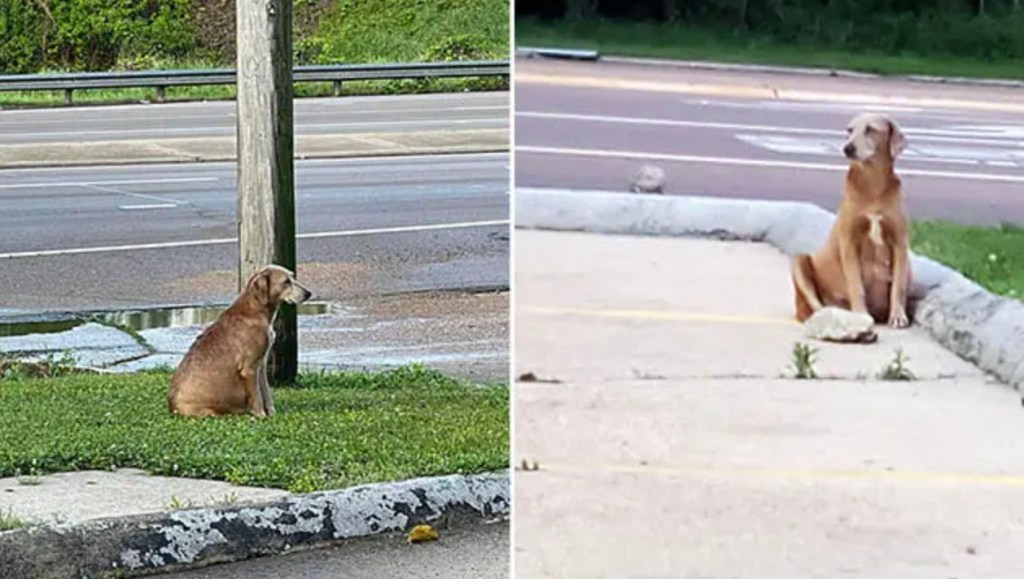 A wily and very pregnant stray dog has captured the hearts of Mississippi animal lovers on social media as she eludes capture herself by local animal rescue experts.

More than 23 posts with more than 608 comments on the “Lost and Found Pets of Natchez/Adams County” Facebook page have been made in the last few days as the brown mama dog with crystal blue eyes roams the Natchez streets.

Experts, who are working night and day to earn her trust and rescue her, are asking all to please stop feeding her.

“My understanding is about three weeks ago, she was noticed at the Exxon station on Liberty Road,” said Linda Kennon. “It appears in the last two weeks, she has been in the area she is now.”

She has been seen resting and roaming in the area of the Exxon Station, the Donut Shop and Subway at the intersection of John R. Junkin Drive and Homochitto Street and Lower Woodville Road.

After a group of teenagers were seen chasing the dog into the roadway and toward the area of the Natchez Mall on Saturday night, Karren Holland Ewing of the Adams County Sheriff’s Office contacted Kennon and asked her to intervene and take control of efforts to catch the dog.

“Years ago, I used to go out with Barbara Platte, the greatest rescuer this town has ever known. She taught me how to do it,” Kennon said. “You have got to earn her trust. Having a lot of people involved confuses the situation and confuses the dog. I stepped up, got on Facebook, and said ‘Let’s do this.’ Jessi Credle is helping me.”

The biggest issue now is kind-hearted people are continuing to feed the dog, who lets people get close to her, but not too close.

“She is going to keep traveling as long as people are feeding her, and we are not going to be able to catch her until we get her in one spot and are able to sit there with her and get her to trust us,” Kennon said.

“She seems to be getting in a tighter area that she is traveling. She has a routine. She starts out early morning at the Exxon and she will lie out in the open. Then, she crosses over to The Donut Shop and then she goes over to Subway. She will go over to that other gas station, but not as often. She usually goes back to The Donut Shop or behind State Farm. She does go behind the place that was the Chinese restaurant and does a little wandering. There is a creek back there.

She said a local veterinarian is on standby and is ready to examine her as soon as she is caught, and the Natchez-Adams County Humane Society has a birthing spot ready and waiting for her when the time comes.

“We have everything lined up for her, except we need people to stop feeding her,” Kennon said. “I know people mean well. And it does my heart good to have so many people stopping and caring and wanting to help and now willing to step back.”

Kennon is making posts several times a day on Facebook, keeping all interested updated on what is happening with the dog, and asks that anyone who spots the dog please text her and let her know the location.

“When we do out, we don’t always see her, but if I know someone else has, that gives us an idea about her travels and where we can find her,” she said.

Car crashes into Mississippi ambulance on call with lights,…