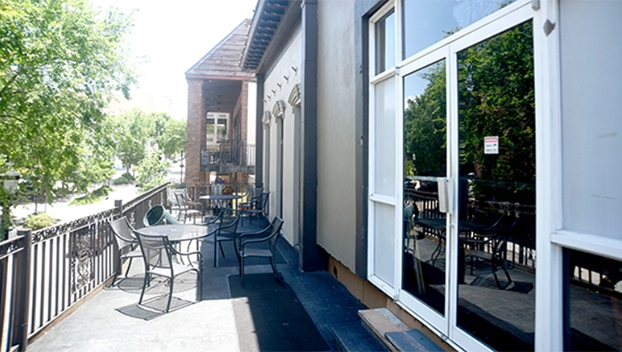 Following a weekend incident that ended with the stabbing of two people, allegedly while inside Jacques’ Bar, the establishment’s owners are taking action against the city of Vicksburg.

The suit alleges that, in closing the bar on three separate occasions since June 2020, the city deprived plaintiff Refined South Restaurant Group, LLC, which operates Jacques’, of its property without the due process to which it is entitled pursuant to the 14th Amendment to the United States Constitution.

On Monday, Mayor George Flaggs Jr. said the bar was closed by Police Chief Penny Jones and would not reopen until the owners met with him and Jones to discuss a plan to provide better security and safety for customers.

According to initial reports, officers responding to the fight at Jacques’ arrived to find a woman with a cut over her left eye and another woman with cuts, a stab wound in the center of her forehead and bruises. Both women were taken to the University of Mississippi Medical Center. The injuries were not considered life-threatening.

The fight occurred at about 1:40 a.m. on Easter Sunday and involved several people. Jones said police are working to identify the combatants. As of Tuesday, the police chief confirmed that a suspect vehicle had been identified, but that the Vicksburg Police Department was still working to identify individuals involved in the skirmish.

According to the filing by Vicksburg attorney Kenneth Rector in the United States District Court, Southern District of Mississippi, Northern Division, the defendants (Flaggs and Aldermen Alex Monsour and Michael Mayfield) “wrongfully and without legal authority ordered the closing of Plaintiff’s business on grounds that Plaintiff, or its employees, allegedly violated unspecified laws or ordinances in the operation of its business or somehow allegedly allowed or condoned illegal acts to be committed by customers on Plaintiff’s business premises.”

However, no criminal or civil claims have been brought or proven against Refined South Restaurant Group, LLC, its owner Jay Parmegiani or any of its employees in any judicial or administrative forum, the suit read. None of Jacques’ Bar’s customers have been arrested by law enforcement in or on the premises in the most recent 12-month period.

In addition to the closure of the bar, the suit also alleges that the city of Vicksburg has now denied Refined South Restaurant Group, LLC, the right to renew its privilege license to conduct business in the city of Vicksburg unless and until Parmegiani and his associates agree to certain demands imposed by the city, “which demands or prerequisites are not authorized by any applicable law, ordinance or statute.”

The second issue raised in the suit alleges that Flaggs publicly defamed the restaurant group through comments in public meetings and through news media outlets.

The suit states that the statements “damaged, disparaged, and slandered the business reputation of the Plaintiff” and “falsely stated that Plaintiff condoned and allowed unlawful activity to occur inside Plaintiff’s business.”

Recent statements by Flaggs that Jacques’ Bar was a public nuisance were also referenced, and the suit accused Flaggs of publicly alleging that rampant, uncontrolled street violence throughout the city of Vicksburg is the result of activity within Jacques’ Bar.

These statements are defamatory in part, the filing read, because Flaggs had full knowledge that neither Jacques’ Bar nor its employees have been charged administratively or otherwise with any such violation of alcohol control or other laws or regulations. The statements, according to the suit, were made with the intent to deter the public from patronizing the bar.

Counts I and II

The filing concludes by stating Refined South Restaurant Group is seeking a declaratory injunction and judgment as part of Count I, declaring the actions of Flaggs and the city to be unlawful, and further enjoining the city from continuing in its attempt to interfere with the operation of Parmegiani’s business without legal basis to do so.

In his address to attendees at the Vicksburg-Warren Chamber of Commerce’s April Luncheon on Wednesday, Flaggs said he had a “zero-tolerance” policy when it comes to crime and referenced the allegations in the suit filed against him and the city.

“(They) accuse me of trying to shut down businesses because I want law and order in the city. I want to protect you,” he said. “I will never violate anybody’s 14th amendment rights, and I’ll never close down a business without reason.