Disparities in the racial makeup of players, coaches, and others in the NFL 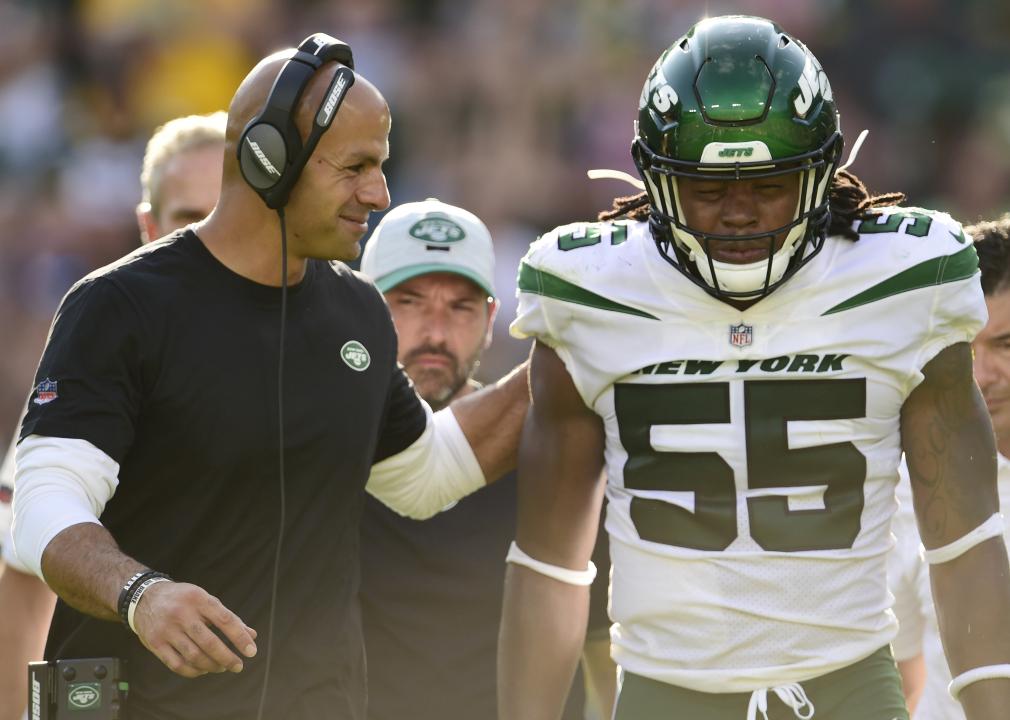 Disparities in the racial makeup of players, coaches, and others in the NFL

After receiving a few rejections for head coaching vacancies, Flores accepted the assistant linebackers coaching position under Pittsburgh Steelers head coach Mike Tomlin. Tomlin’s 154 career wins are the most of any Black head coach and ties former Washington head coach Joe Gibbs for the 18th most in NFL history.

Fritz Pollard was the NFL’s first black coach in its second season, helping the Akron Pros to a third-place finish in 1921. Art Shell was the first Black head coach in the modern era when he began coaching the Los Angeles Raiders in 1989.

In 2003, the NFL instituted the ‘Rooney Rule,’ which requires teams to interview diverse candidates for coaching and general manager openings. The rule expanded in March 2022 to require hiring a woman and/or a person of color to fill the role of offensive assistant.

Stacker analyzed the racial disparities in the NFL’s player population and seven different employment categories within the league based on data collected by The Institute for Diversity and Ethics in Sport at the University of Central Florida and ESPN. For all employment categories besides head coaches, we used the 2021 NFL Racial & Gender Report Card by TIDES, while the head coach data comes from an ESPN tally after a March 2022 hire.

No more than one in four NFL head coaches has been a person of color, according to the annual report. The high point was achieved in 2011 and 2017. The most recent TIDES report includes data gathered from NFL organizations and the NFL League Office as of September 2021.

Disparities in NFL head coaching and front office positions continue for many reasons, including the fact that white former players dominate the offensive coordinator ranks. Diversity throughout the leadership ranks matters because people of color dominate NFL locker rooms. 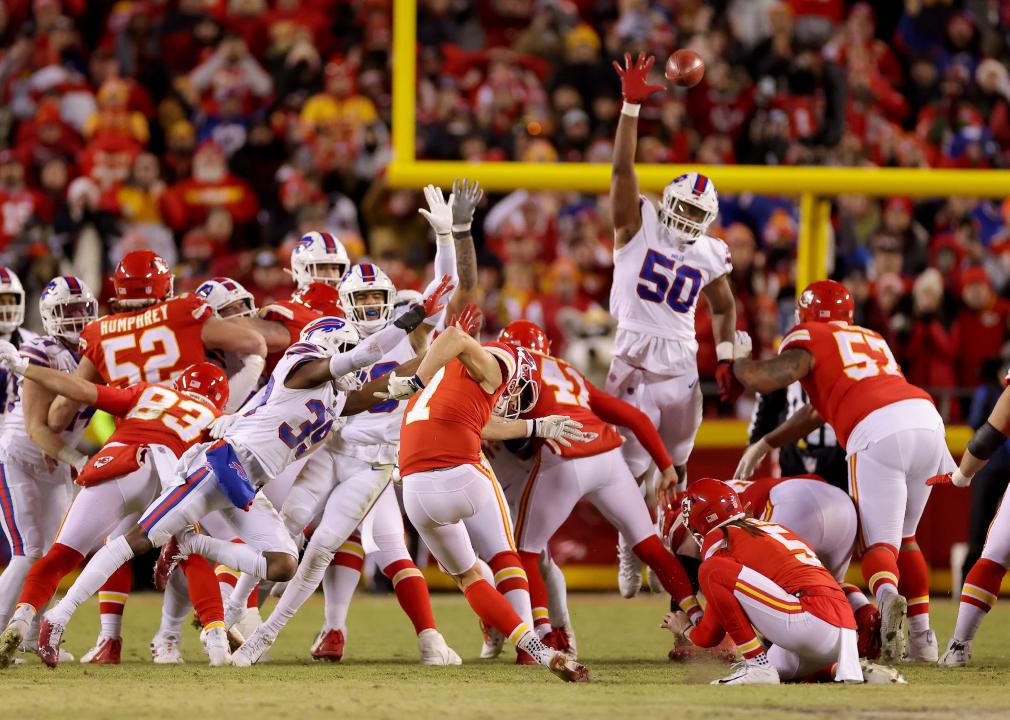 Despite the continuing lack of racial diversity in off-the-field positions, Black players comprised 58% of the league in 2021. And Black quarterbacks continued to erase dated stereotypes by excelling at the highest levels: Patrick Mahomes, Russell Wilson, Kyler Murray, and Lamar Jackson lead their teams with athleticism and preparation.

The percentage of Latino and Black players increased in 2021, while percentages of Asians, Pacific Islanders, and Native Americans were flat compared to the year before. And race matters to players more than ever as only 4.2% chose not to specify their race in 2021 compared to 5.7% in 2020. 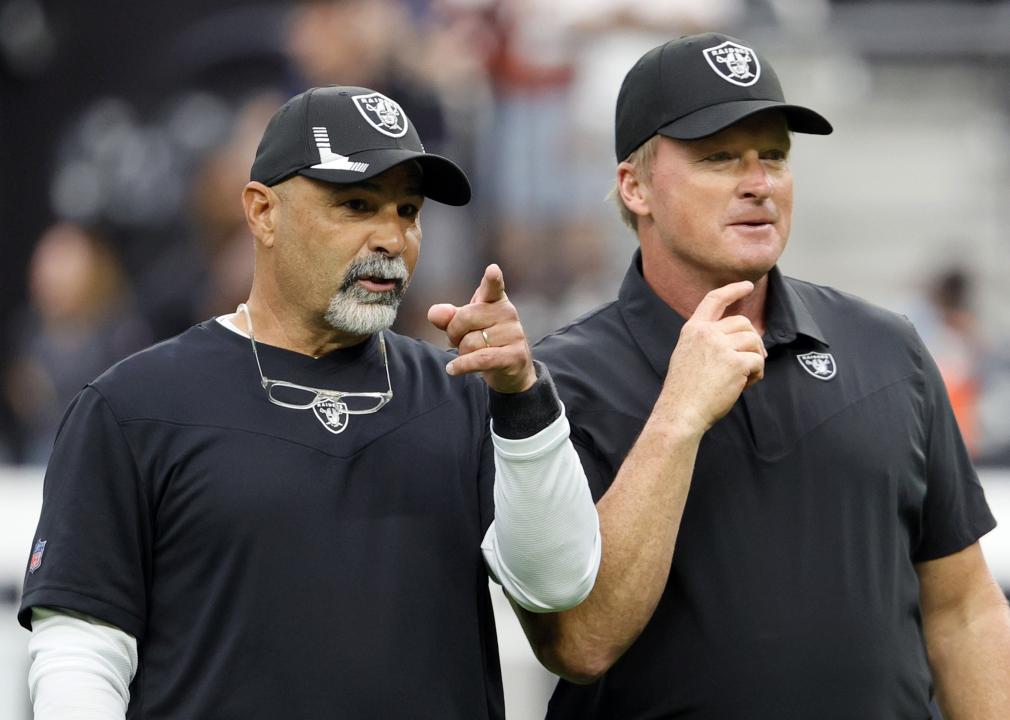 The NFL featured the most women in on-field assistant coaching roles when compared to other professional men’s leagues. And women of color made up 1 in 3 women assistants in the NFL. Racial and gender disparities grow substantially, however, in job categories outside the more diverse assistant coaching group. 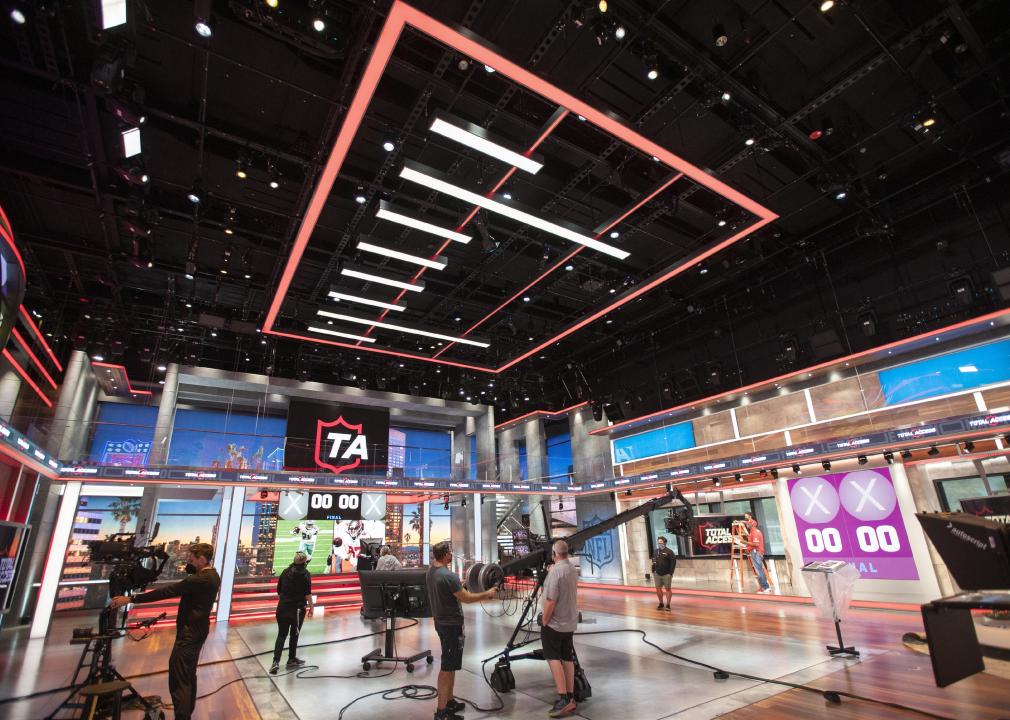 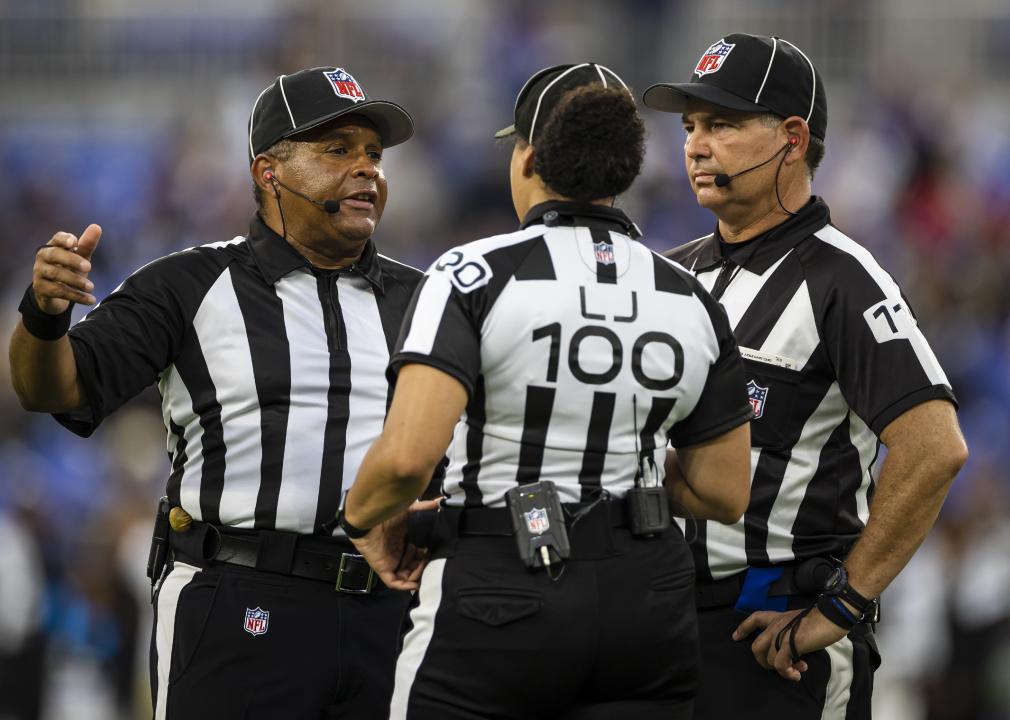 Racial disparities are greater among the officials who enforce the rules of the game, although officials of color rose 3.4% compared to 2020.

NFL officials have a lot of influence over games with their penalty flags and official reviews. Maia Chaka became the first Black female to officiate an NFL regular season game in week one of the 2021 season. The total number of female officials remained flat in 2021 with only two. 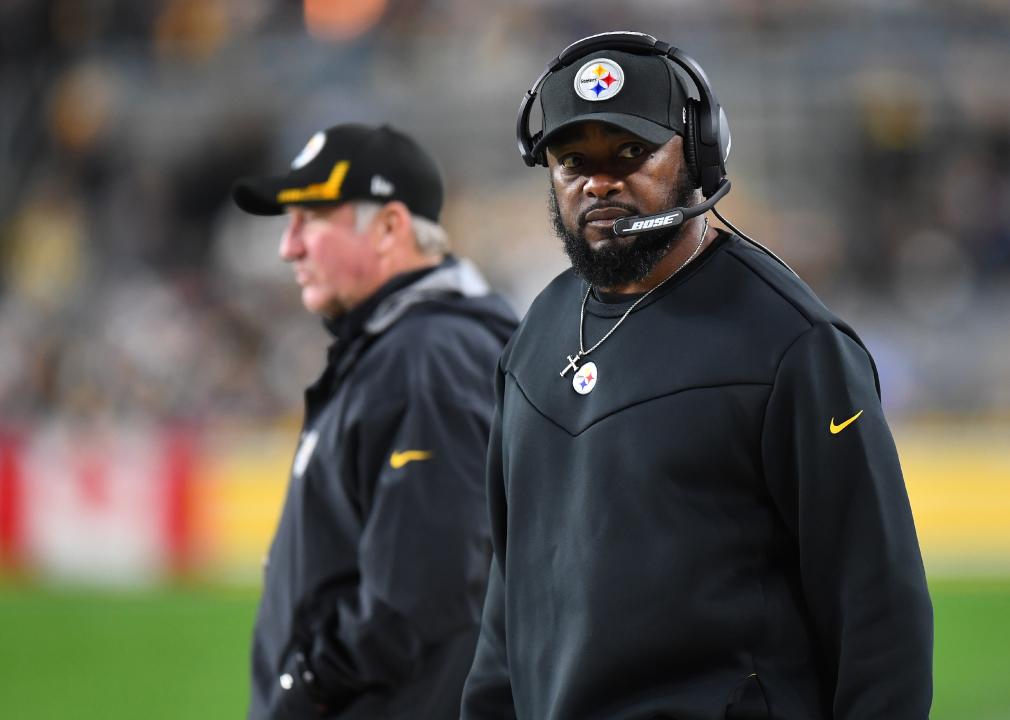 Currently, six nonwhite head coaches roam the sidelines on Sundays. In the middle of the 2021 season, the Las Vegas Raiders fired their head coach, Jon Gruden, when old emails with anti-LGBTQ+ and racial slurs surfaced. The NFL took some heat after Vegas hired a white coach to replace Gruden.

Still, the number of Black head coaches increased for the first time since 2019. Tampa Bay Buccaneers head coach Todd Bowles took the helm after Bruce Arians moved to the front office in March 2022.

Mike Tomlin is the third-longest tenured head coach overall, entering his 16th season this year with the Pittsburgh Steelers. Lovie Smith replaced David Culley with the Houston Texans (both are Black), and Michael McDaniel (who considers himself to be biracial) replaced Flores with the Miami Dolphins in the 2022 off-season.

Washington Commanders head coach Ron Rivera is the only Hispanic or Latino head coach. New York Jets coach Robert Saleh—who is of Lebanese descent—is the only other nonwhite head coach in the NFL.

You may also like: Biggest blowout wins in golf major history 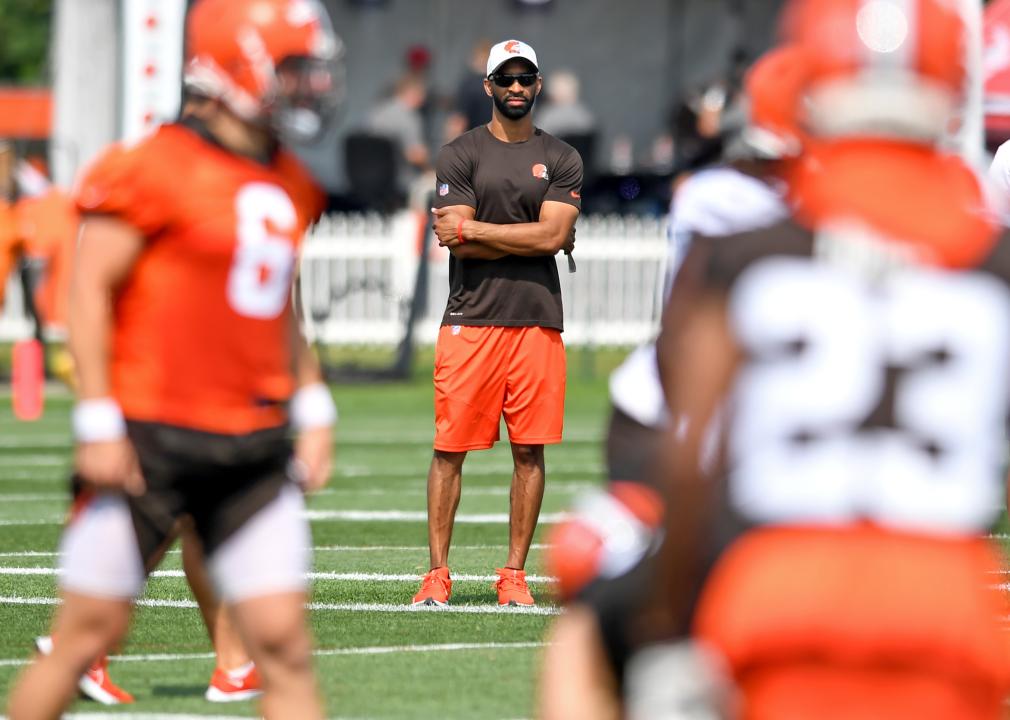 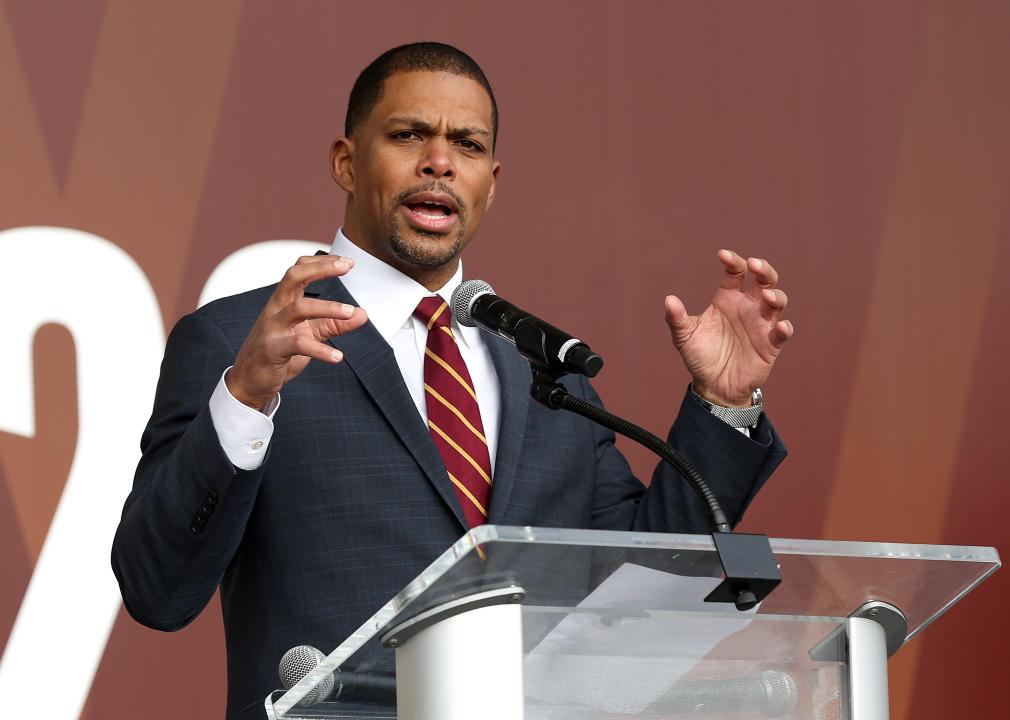 The New York Jets’ Hymie Elhai, the Buffalo Bills’ Kim Pegula, and the Washington Commanders’ Jason Wright were the three people of color who headed team business operations at the start of the 2021 season. One is Black, one is Asian, and one is Latino. This is still a drop-off from the 12.1% people of color who occupied the role of team CEO or president before the 2020 season.

Compared to other men’s professional sports, the NFL has the most women as CEOs or presidents with four. Pegula is the only woman of color in charge of business operations. Lacking CEOs and presidents of color is important because teams market to all genders and races. They also oversee hires throughout their organizations. 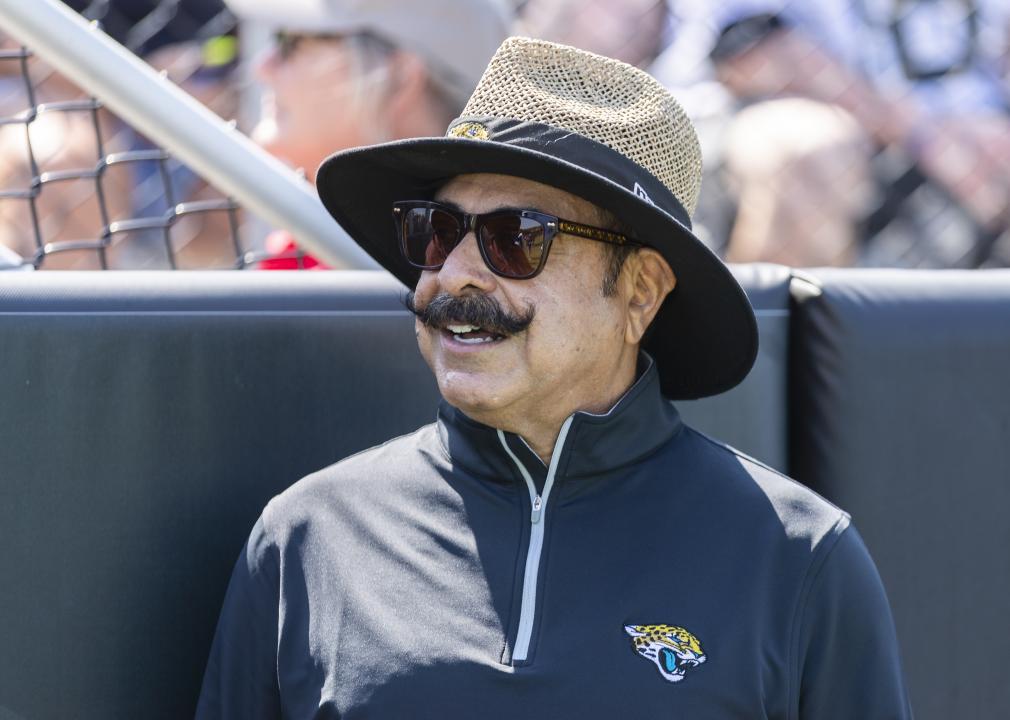 Only two owners of color have a major ownership interest and a significant stake in operations of an NFL team. Shad Khan, a Pakistani-born American businessman, purchased the Jacksonville Jaguars in 2012. Kim Pegula, an Asian-American woman, has owned a significant interest in the Buffalo Bills since 2014.

One person of color and seven women in the NFL were principal owners at the start of the 2021 season. When the league elected to modify the Rooney Rule, it also released a statement committing to diversity among owners because the NFL has never had a Black majority franchise owner. They also created a diversity advisory committee of outside experts to advise the league’s diversity, equity, and inclusion initiatives.

You may also like: Iconic moments in sports that defined the ’70s