Mississippi deputies say this man had enough fentanyl hidden in SUV’s seats to kill more than 600,000 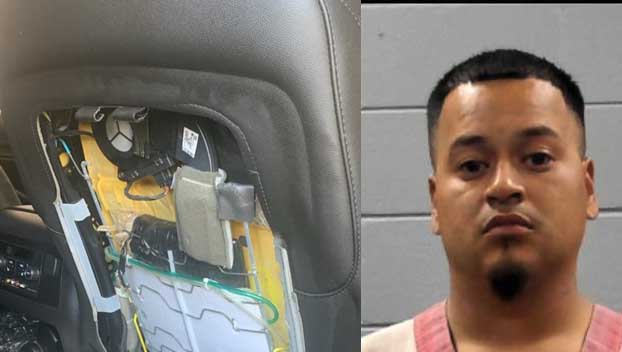 A Texas man was arrested Monday after Mississippi deputies pulled over his SUV and discovered more than three pounds of fentanyl hidden inside one of the vehicle’s seats.

A Rankin County Sheriff’s Office deputy made a traffic stop on a Chevrolet Tahoe, driven by Carlos Martinez of Dallas, for a traffic violation on Interstate 20.

Deputies said they became suspicious that Martinez was involved in illegal activities.

After Martinez consented to have the vehicles searched, investigators said they found plastic bags concealed inside one of the SUV’s seats. Inside the bags, deputies said they discovered more than three pounds of pills that were field-tested as being fentanyl.

The U.S. Drug Enforcement Administration says as little as 2 milligrams of fentanyl can be deadly, meaning the amount Martinez is charged with trafficking could have killed more than 600,000 people.

Martinez was charged with trafficking a controlled substance. Deputies estimated the fentanyl had a street value of approximately $250,000.