How driving is subsidized in America 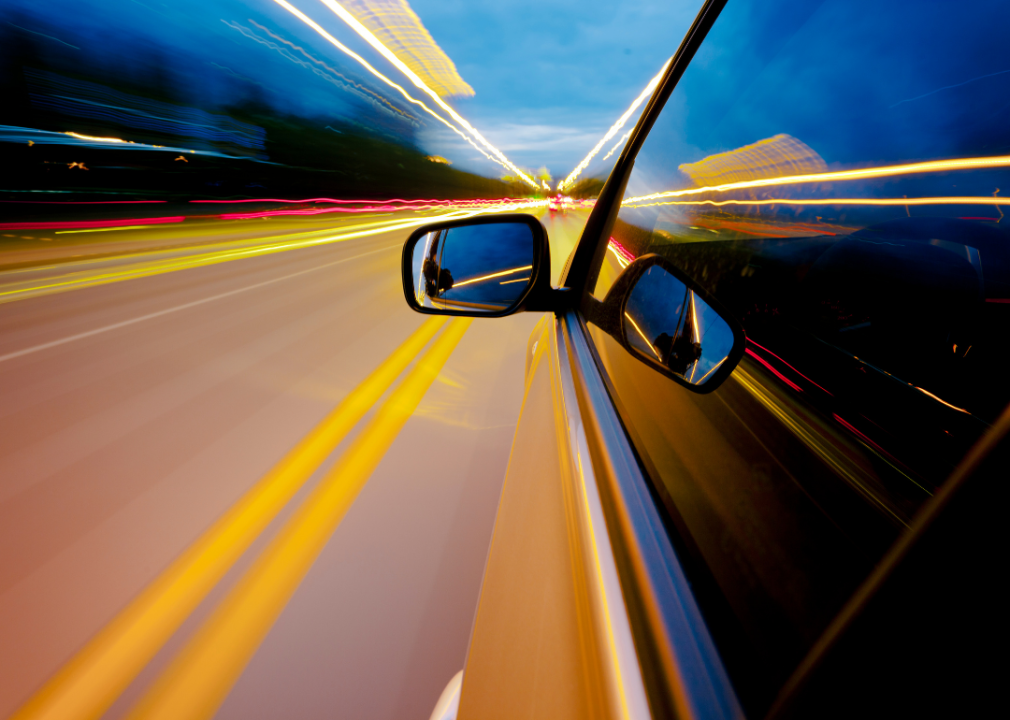 How driving is subsidized in America

The average American drove ​​14,263 miles in 2019, according to the Federal Highway Administration. This number—which slumped in 2020 due to the pandemic before rebounding—represents the extent to which we lean on the convenience of cars while belying an uncomfortable truth that is costing us dearly.

A report published in the April of 2022 issue of Ecological Economics teased out the lifetime cost of driving a small car to be roughly $641,000, with society subsidizing about 41% of that cost. Individual expenses include everything from sale price and repairs to fuel, maintenance bills, and repairs. In the forthcoming list, Stacker explores myriad ways driving is subsidized in the U.S.

In his 2020 New York University Law Review piece “Should Law Subsidize Driving?” University of Iowa law professor Gregory Shill claims that the country’s car-dependent system favors drivers through indirect but abundant subsidies. Those subsidies, he argues, decrease the cost of driving by allocating expenses to nondrivers and society at large, exacerbating preventable human suffering. Shill’s points are incorporated into Stacker’s analysis and cited throughout.

The following subsidies are particularly striking when put into the context of a global climate crisis exacerbated by fossil fuel dependency, car culture, and the artificial deflation of monetary costs drivers are responsible for while society at large foots the bill economically, physically, and spiritually.

Keep reading to learn more about how driving is subsidized in the U.S.

You may also like: Best cities for people who hate driving 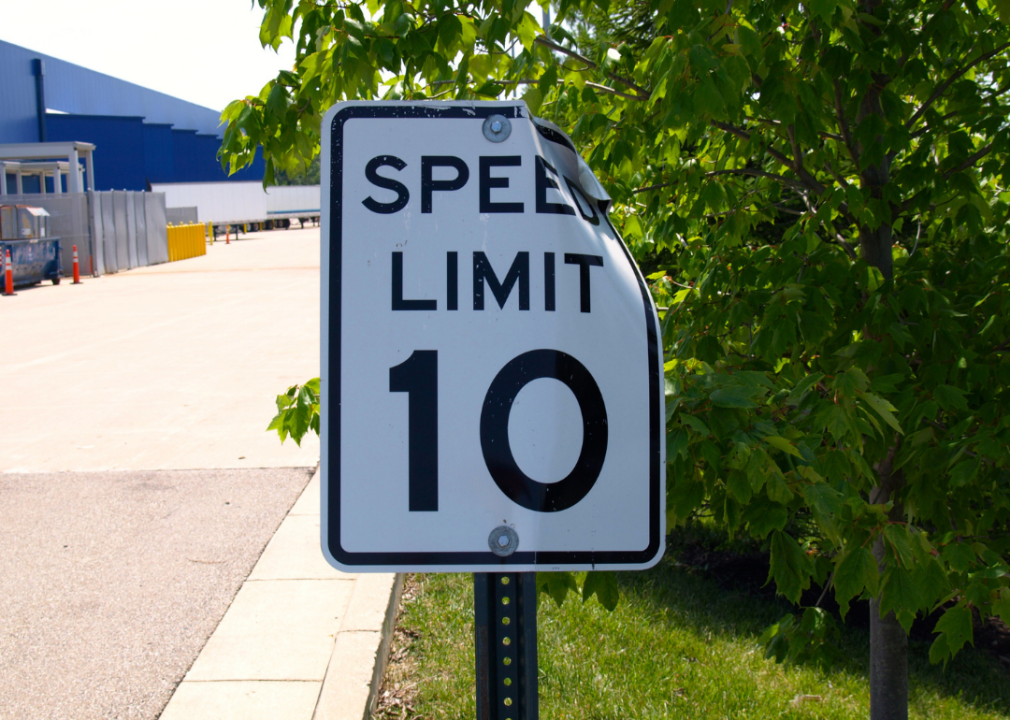 More than a quarter of crash fatalities in 2019 were from speed-related accidents.

While agencies like the National Transportation Safety Board and Federal Highway Administration call out speeding and other dangerous driving behaviors, they have failed to act to effectively curb them.

Every year, excessive speed is a top risk factor for motor vehicle crashes on par with intoxication. Exceeding the lawful limit by even 10 mph seldom is punished, though, and some jurisdictions expressly forbid automated enforcement of speed laws even though it has proven to save lives. 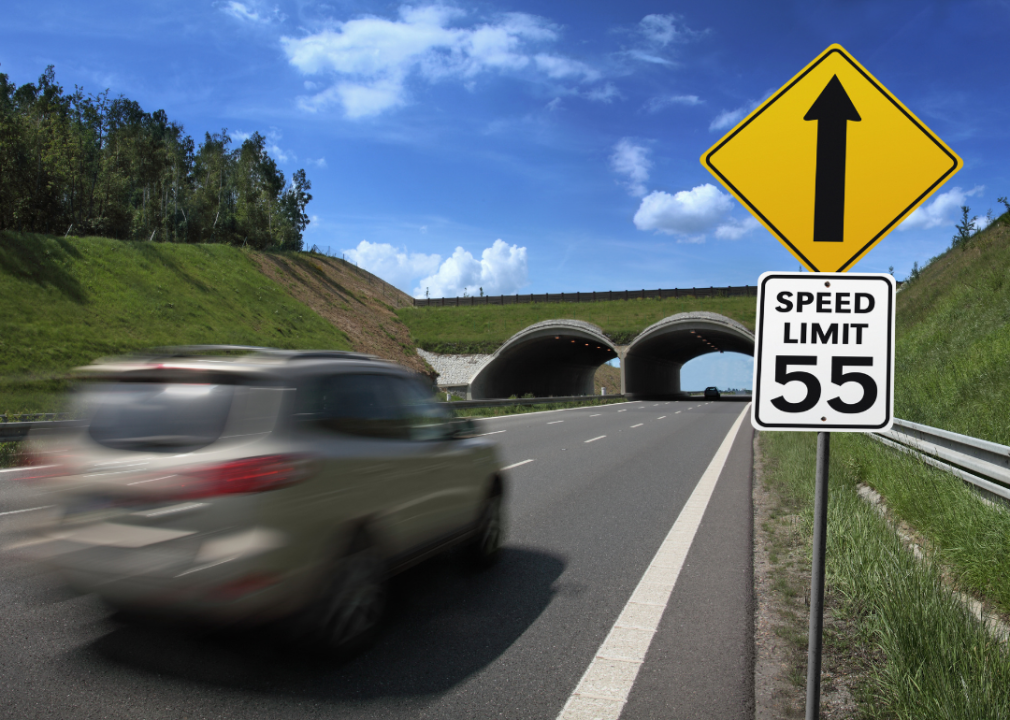 Speed limits are generally set by statute, but under federal guidelines they are adjusted based on how fast people actually drive—even if they’re breaking the law.

The limit on a given stretch of road often is adjusted to the 85th percentile speed of free-flowing traffic on that stretch regardless of the posted speed limit. This leads transportation departments to ratchet speed limits upward, which rewards dangerous driving behaviors. The National Transportation Safety Board and other safety groups have criticized the scientific basis of the 85th percentile method, and the Federal Highway Administration has said it’s optional. Still, it remains nearly a universal standard. 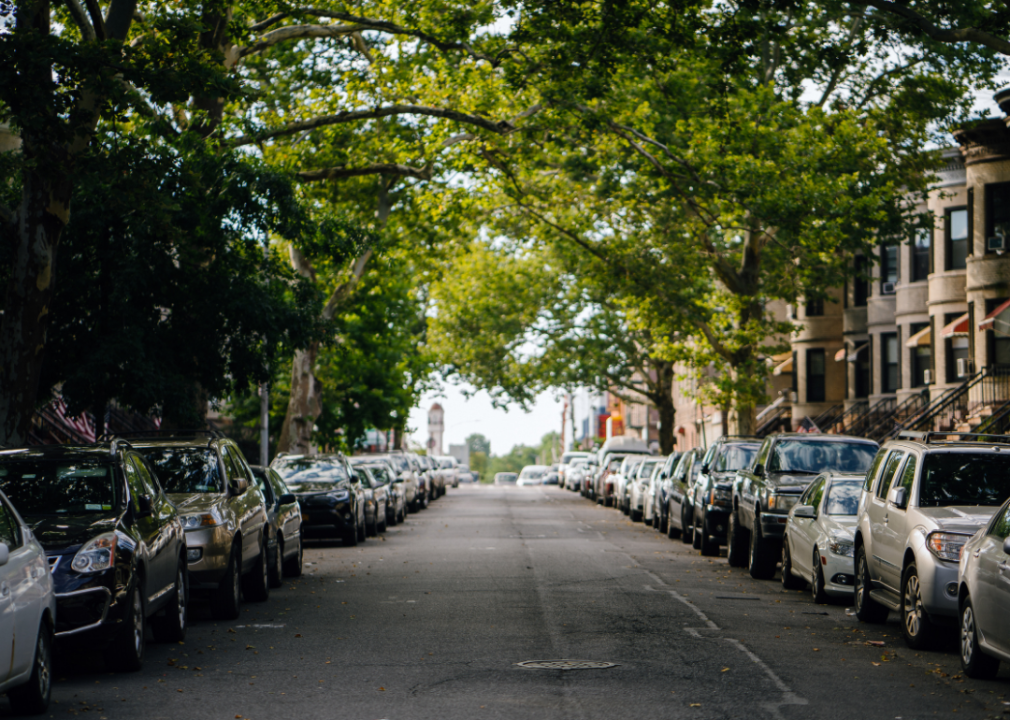 Virtually everyone has had a hard time finding a parking spot, but this common frustration masks a deeper truth.

There are as many as eight parking spaces for every car in the U.S., representing about a third of urban land in the country. That ratio was born after World War II, when planners around the country established minimum parking quotas that required developers to overbuild off-street parking irrespective of demand, thereby constructing a landscape hostile to people on foot. 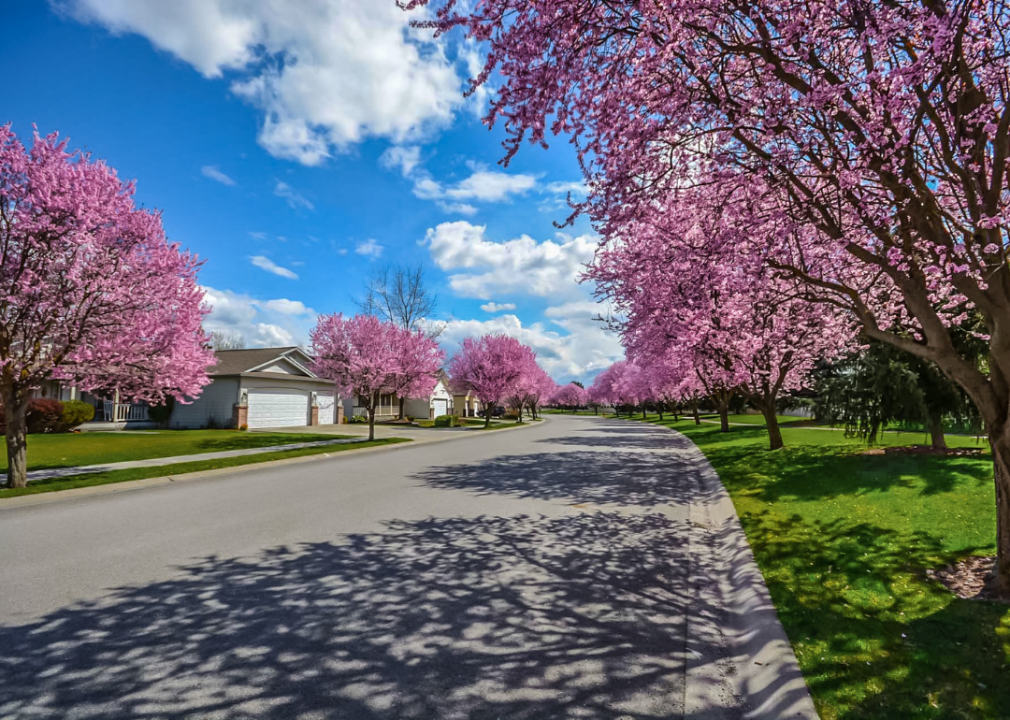 Almost every municipality in the United States has land-use regulations about population density in new housing, ranging from floor-area restrictions to minimum lot-size requirements.

Shill shows how the zoning code of the tiny New York City suburb of Scarsdale establishes, in some areas, lot-size minimums of 10,000 to 20,000 square feet and bars construction of anything but single-family home on those lots. He points out that the ordinance allows extra land on these lots for swimming pools, tennis courts, and even horse stables, but not for additional housing.

Ultimately, Shill says, Scarsdale makes it easier to build housing for ponies than for people. 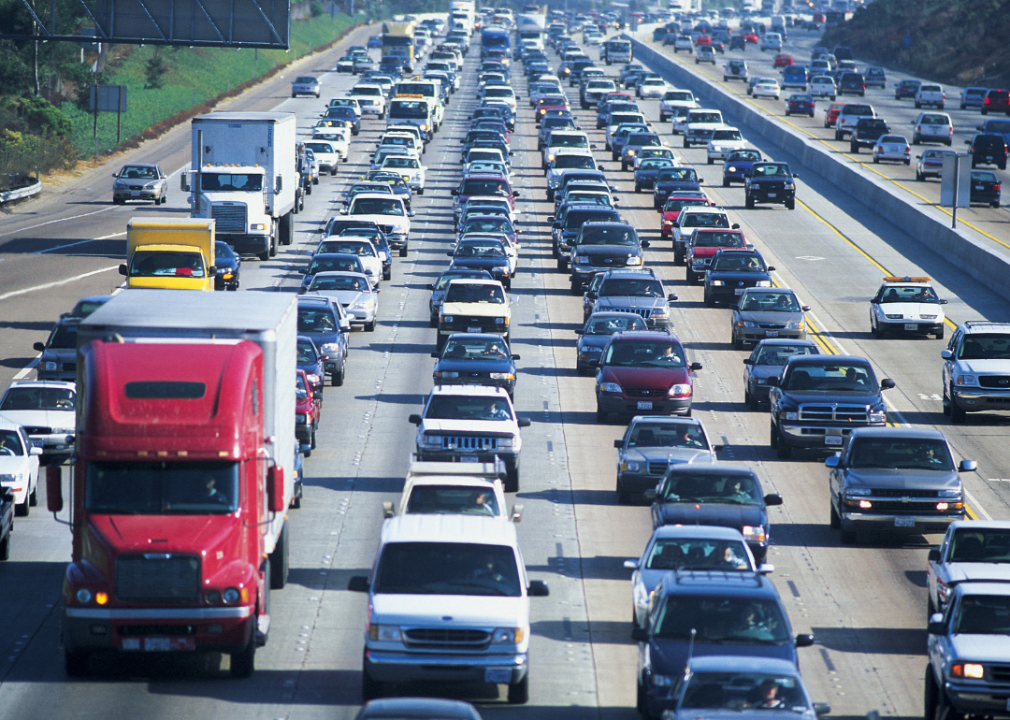 Environmental regulations of vehicles are doubly flawed by focusing narrowly on fuel economy while ignoring non-exhaust emissions—particulate emissions generated by tire and brake pad wear, which can be significantly worse. 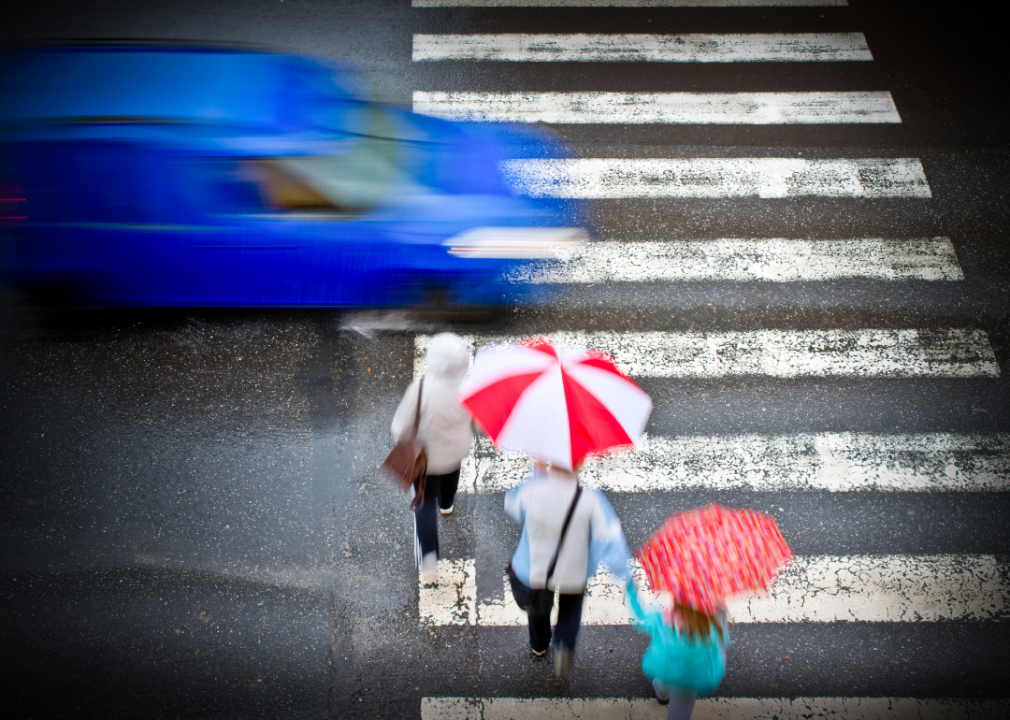 Lack of vehicle safety laws to protect pedestrians and cyclists

While more than 40 countries require carmakers to consider the impact of crashes on pedestrians, the United States does not. Here, automakers face no regulations related to keeping anyone’s safety—besides the car owner—in mind.

As cars have gotten larger, their blind spots have scaled too. Many of today’s SUVs and trucks have massive blind spots in front of the hood that put children in particular at risk. 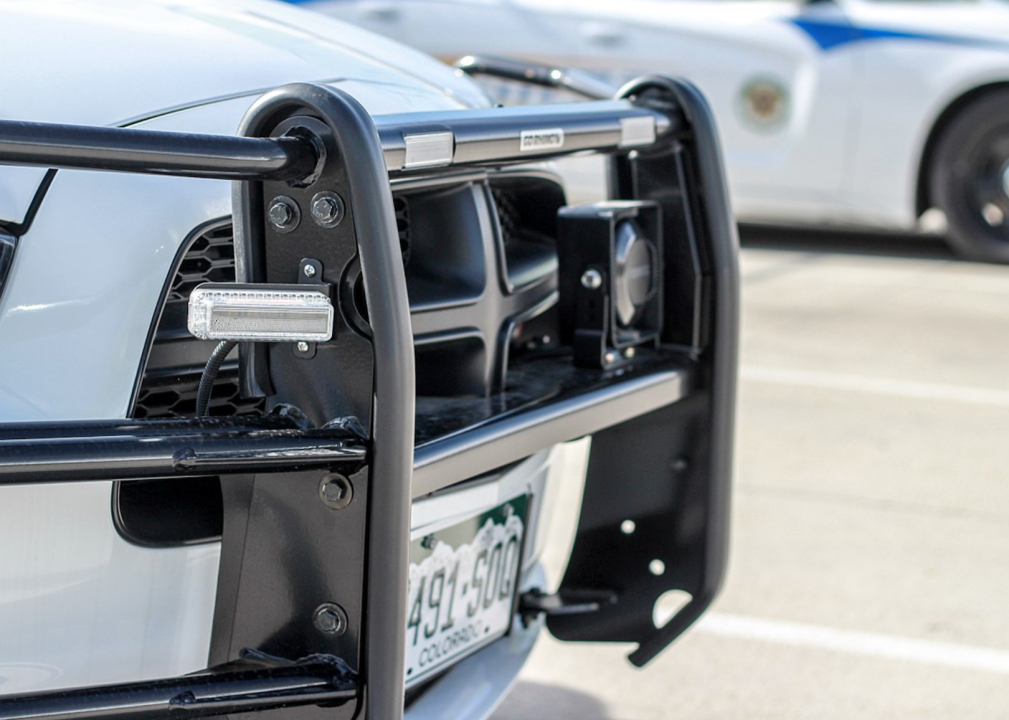 Shill points out, for instance, how the large metal bars originally added to the front of police cars are now installed on many private vehicles. He said the metal or “bull” bars—which are not regulated by U.S. law—nullify certain vehicle safety measures and can amplify injuries to pedestrians. 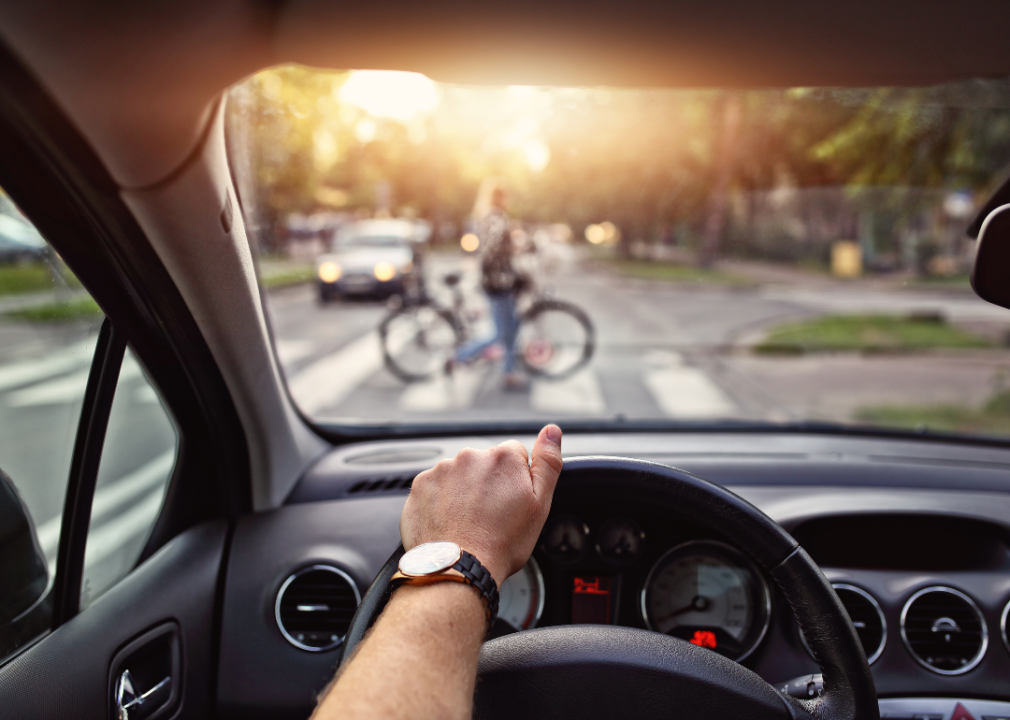 Motorists are not required to carry personal injury liability policies adequate to compensate pedestrians who are seriously injured, despite the fact that pedestrians often suffer grave injuries compared with passengers in vehicles involved in accidents.

At least two states don’t require this type of coverage at all, Shill says. Meanwhile in three of the nation’s five most populous states—California, Florida, and Pennsylvania, with nearly 75 million total residents—the mandatory level of insurance for bodily injury is between zero and $15,000. 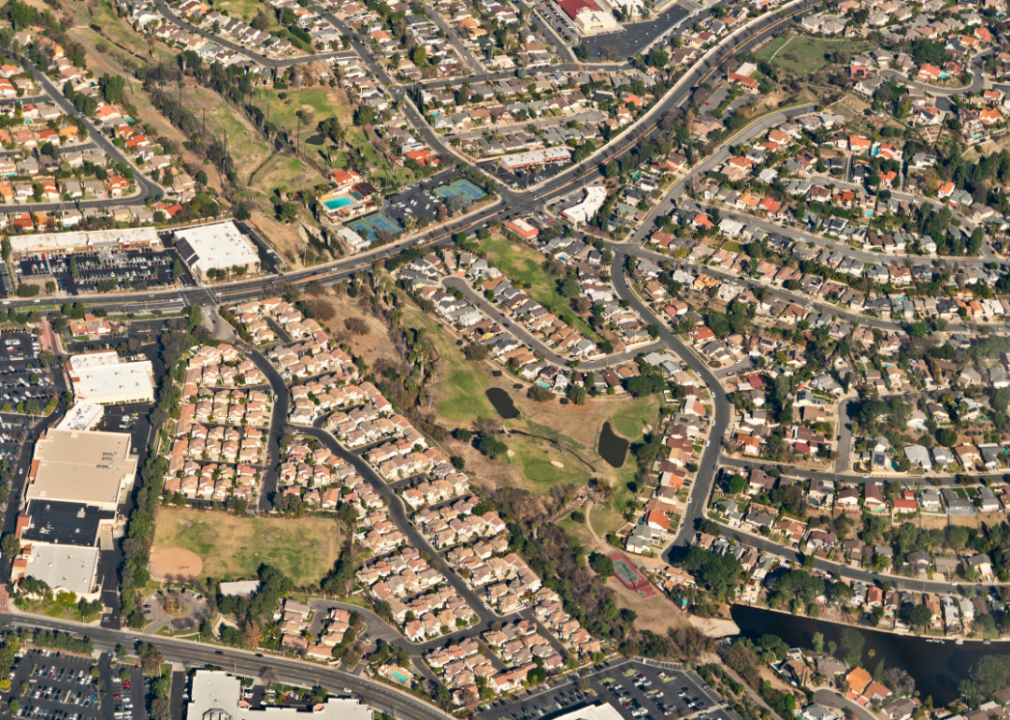 The mortgage interest deduction in federal and state tax codes makes it cheaper to borrow money to buy a house.

Shill shows how, through the lens of existing home building restrictions and parking quotas, the mortgage interest deduction has fueled suburban sprawl, which de facto requires driving by rendering other forms of transportation too costly or impossible. 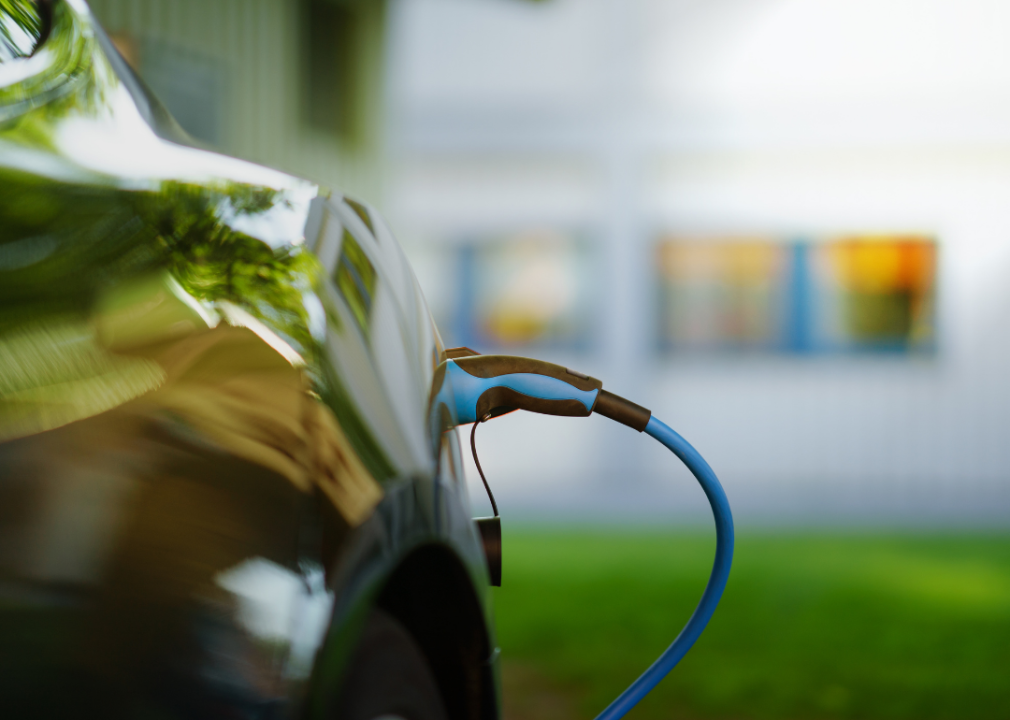 Every state offers incentives for purchases of so-called “green” vehicles that still rely on traditional brake pads, tires, and other equipment that generate large amounts of toxic and cancer-causing emissions. Green vehicles, like all other motor vehicles, can still kill their users—as well as pedestrians and bike riders—when they crash. 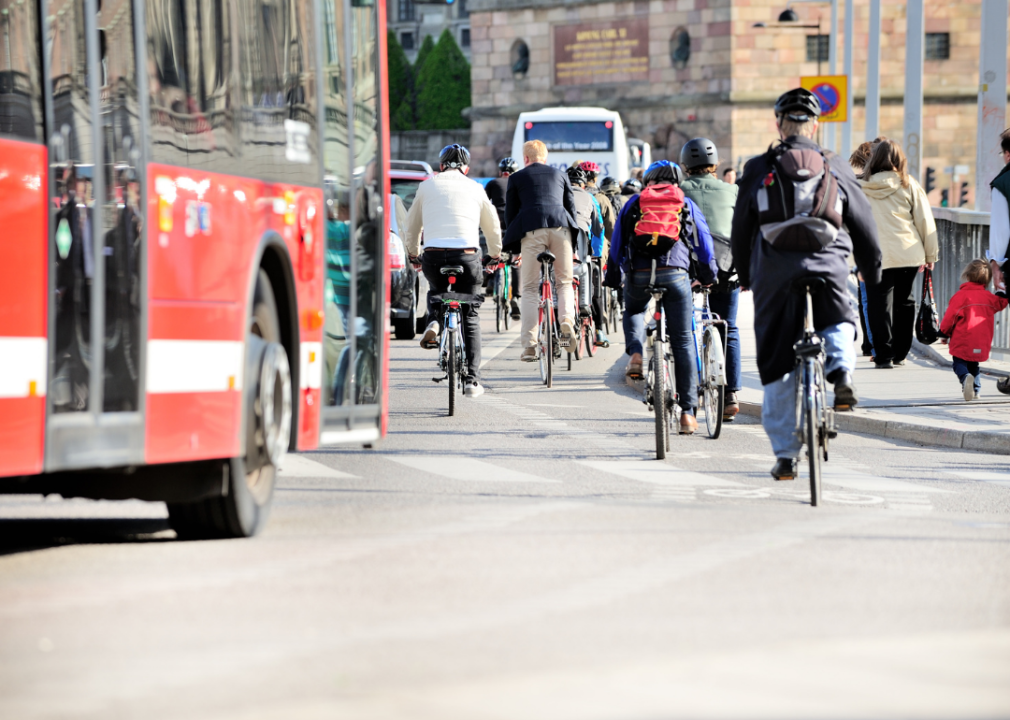 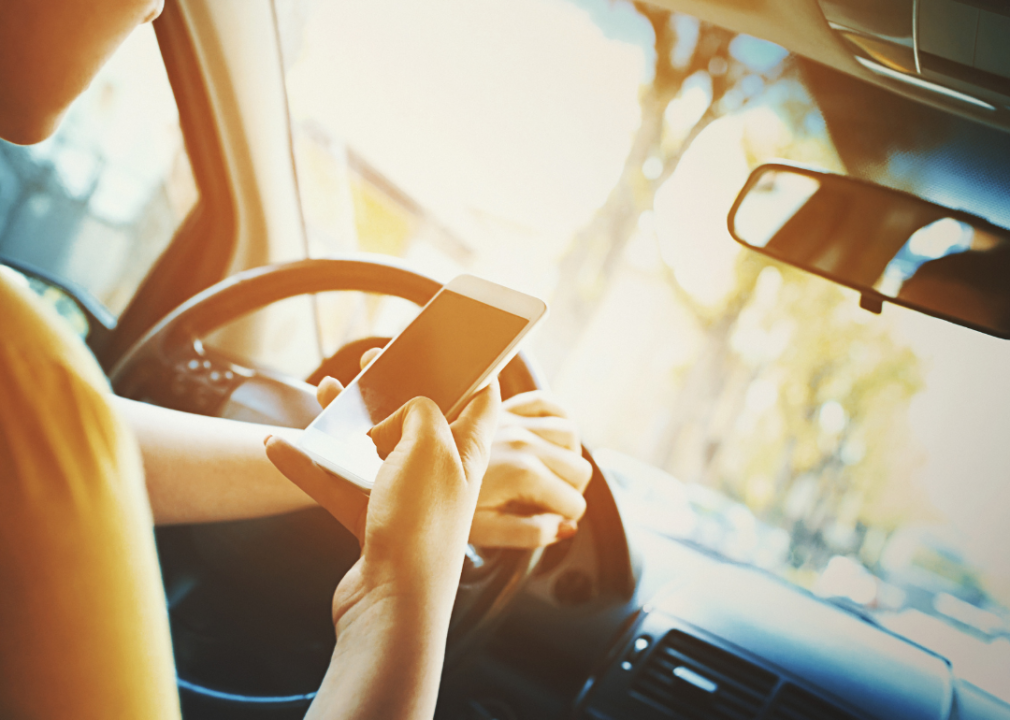 Shill says tort law subjects activities to either negligence or strict liability, the latter being more restrictive: It holds people fully responsible for the harm that flows from their conduct, even if they were being careful. Strict liability is reserved for activities that are both ultrahazardous and uncommon, such as the transport of explosives or ownership of a wild animal.

Around 1.35 million people are killed in road accidents each year. More than half of those deaths are among pedestrians, cyclists, and motorcyclists. 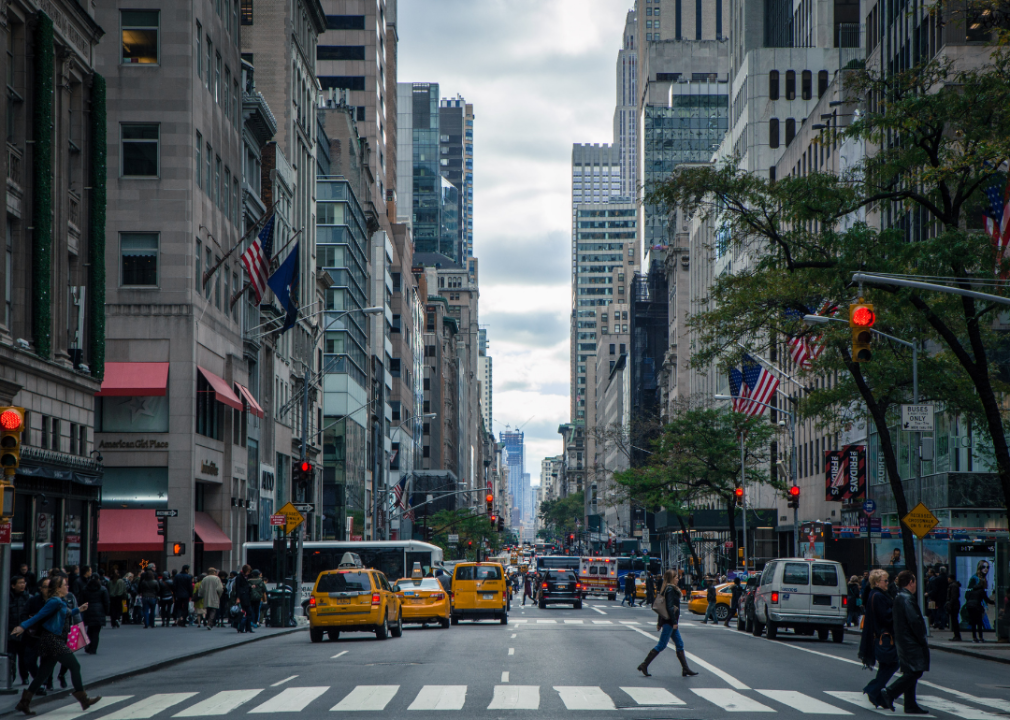 An owner of a vehicle that has a manufacturer’s defect that causes him to crash and injure himself can sue the manufacturer in either tort or contract law. Meanwhile, if a motorist hits a pedestrian, the pedestrian lacks a contractual relationship with the manufacturer and can only sue in tort law.

Shill says this subjects the injured pedestrian or any other third party—including another driver who lacks a relationship with the manufacturer—to a higher standard. 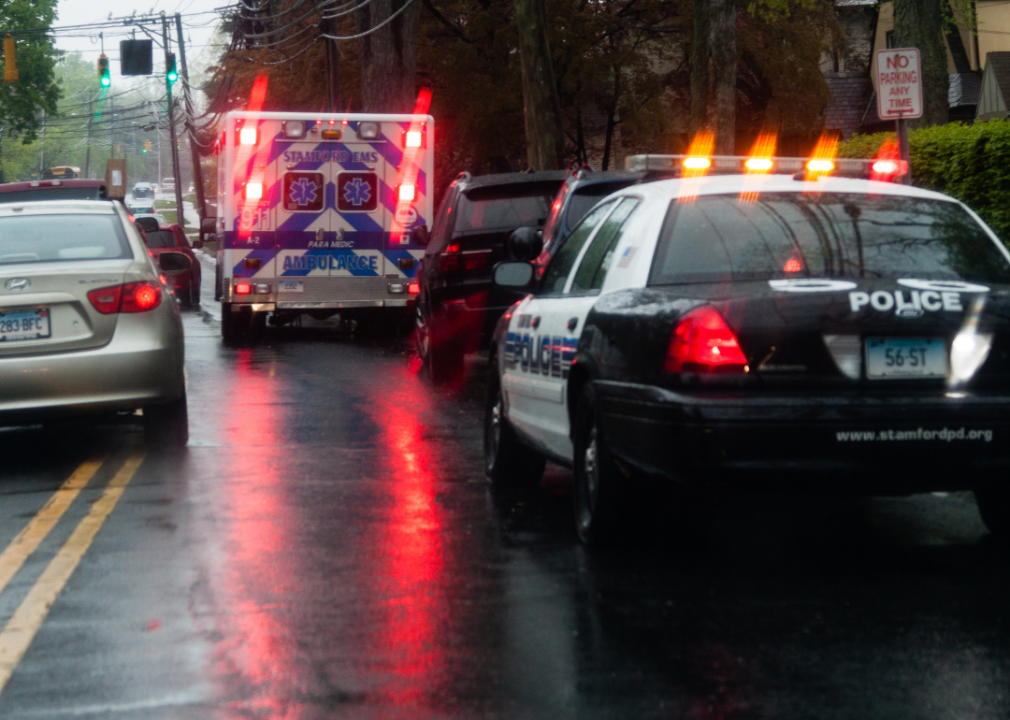 Hit and runs are rarely prosecuted

Laws protecting pedestrians are rarely enforced, even against hit-and-run motorists who kill their victims. Shill claims that many states have vehicular manslaughter statutes that carve out a special, lesser category of homicide—with lighter penalties—than other types of unintentional killings. 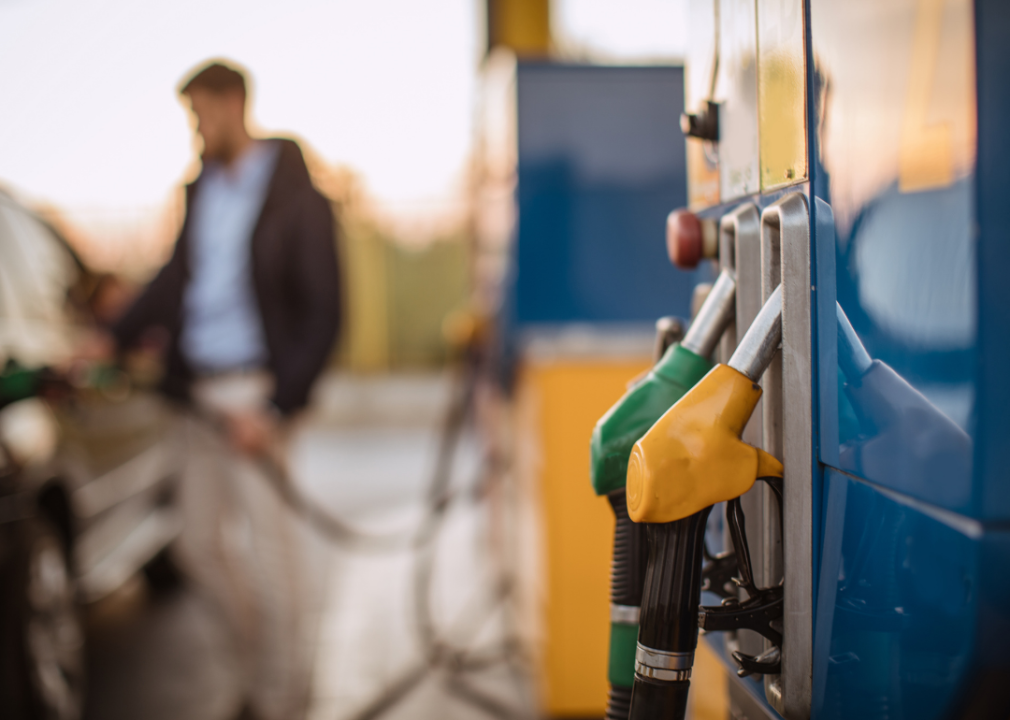 That’s right: Registration fees, rising gas prices, insurance, and toll booths don’t come close to covering the cost of roadways. The federal gas tax hasn’t gone up since 1993, under-pacing inflation along with state gas taxes. The difference is recouped with universal taxes that pay no attention to how often a person drives.

You may also like: 50 jobs that no longer exist