Colleges where acceptance rates have decreased the most since 2001 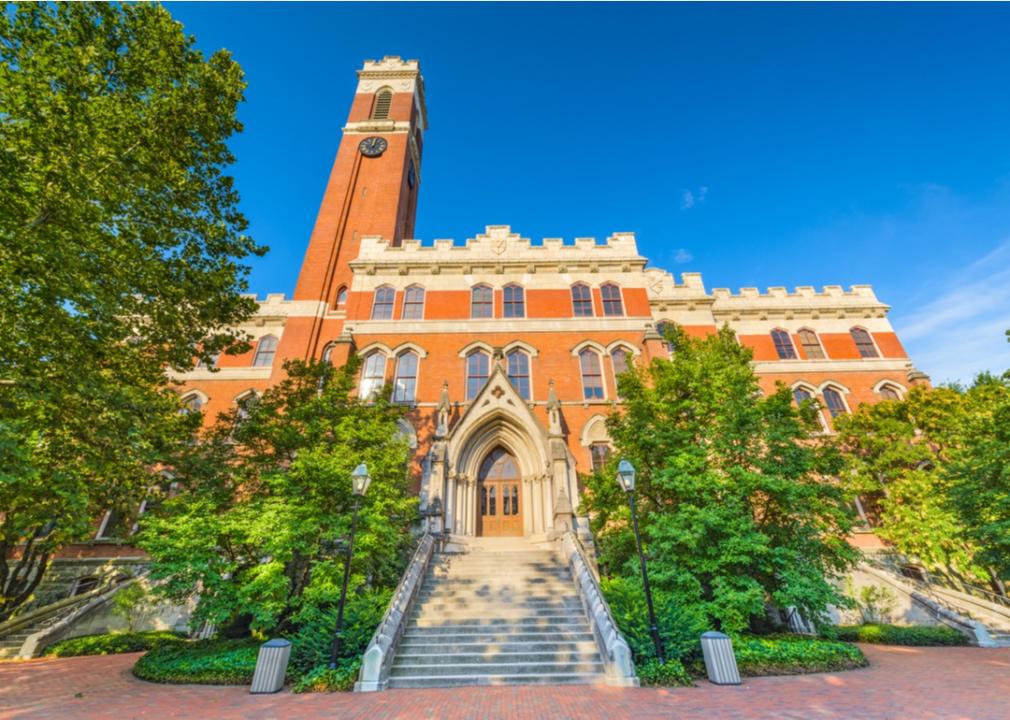 Colleges where acceptance rates have decreased the most since 2001

Each fall, thousands of high school students and their families begin the nerve-racking process of applying to college. Whether families are navigating the admissions process for the first time or for the fifth time, it’s still a journey that requires a slew of research—and patience. While college enrollment has gone down over the last several years, throughout the 2000s and 2010s enrollment in public and private universities reached record highs.

EDSmart identified 10 colleges that have shown the greatest decline in acceptance rates between the 2001 admissions cycle and 2020. Data came from the Integrated Postsecondary Education Data System at the National Center for Education Statistics. Only colleges and universities with at least 1,000 applicants were included in the analysis. For each college, we’ve included offerings that potentially make a school more attractive to applicants, from affordability to academic programs.

Determining the exact reasons why these colleges have seen a record-setting growth of applications over the last 20 years is difficult to quantify. For many students over the decades, pursuing a secondary degree is a path to improve career and earning opportunities. Indeed, a 2018 College Board report found that the median annual earnings for workers with a bachelor’s degree was $24,900 higher than those whose highest degree was a high school diploma. While there are many factors at play in addition to education attainment—such as the type of career field and personal characteristics—the report also found that the unemployment rate for workers age 25 and older with at least a bachelor’s degree has consistently been half the rate of high school graduates.

The growing interest in applying to college may also be influenced by the widespread adoption of the Common Application, a single standardized online application form introduced in 1988. More than 900 colleges accept the Common App, which sees a 10% increase in applications for the schools once they adopt this system. The Common App makes the process streamlined for both colleges and applicants as prospective students can fill out one form for several institutions. For high schoolers, saving time during the process can be appealing. It can also lead to applying to more schools since they don’t need to spend extra time to add a few more “safety” or “reach” institutions to widen their chances. Each school on this list allows applicants to apply with the Common App.

The conversation around the decreasing acceptance rates has spurred discourse among the higher-education community. Several Ivy League schools are looking to downplay their single-digit admission rates by withholding their admission data. Stanford University began the same practice in 2018 in hopes of making students feel less anxious to apply. Even as many institutions experience a rise in popularity with record numbers of applications, they continue to improve their offerings from student life to academic rigor. Read on to see the list of schools that have seen the biggest change in competitive admission rates and learn more background about each institution. 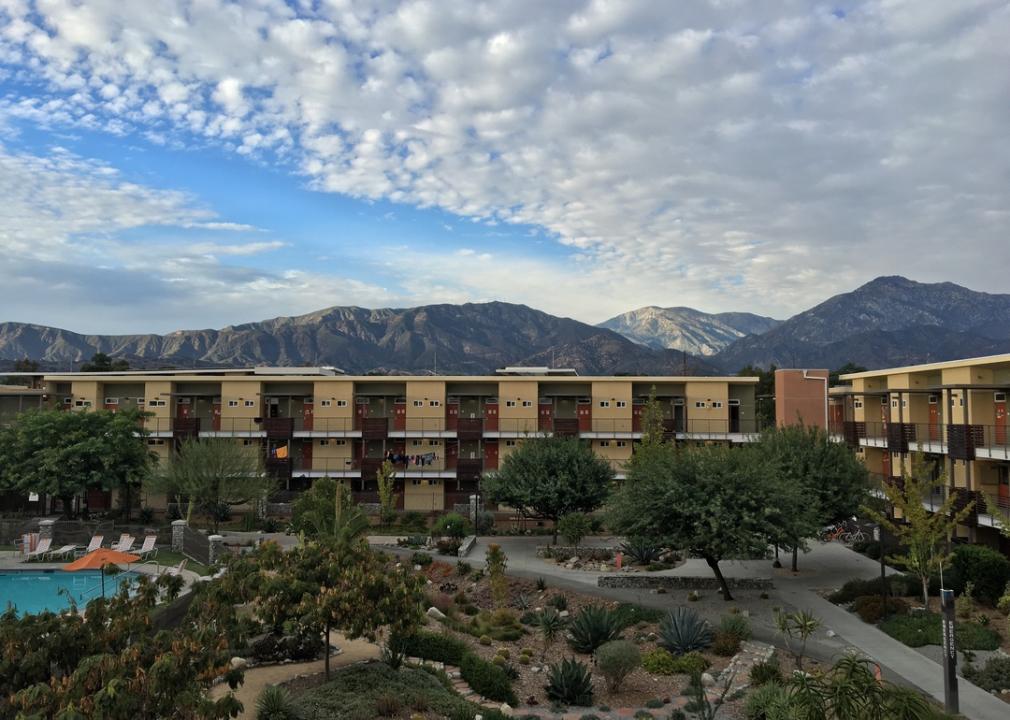 Pitzer College is one of the 5Cs—five undergraduate colleges in a consortium located in Claremont, California. It joins Pomona College, another 5C, on this list of colleges with decreasing acceptance rates. Pitzer is a private institution, and while the annual cost runs around $57,000 before financial aid, Pitzer is known for its strength in majors like neuroscience, environmental analysis, and critical global studies.

Pitzer is noted for student-led policy initiatives. This influence has spurred such actions as the adoption of gender-neutral residence halls and bathrooms, recognition of Indigenous Peoples’ Day, and the selection of the college’s first African American president. Environmental impact has also been a focus with Pitzer being the first college in California to divest endowments from fossil fuel stocks and placing a campus-wide ban on plastic water bottles. 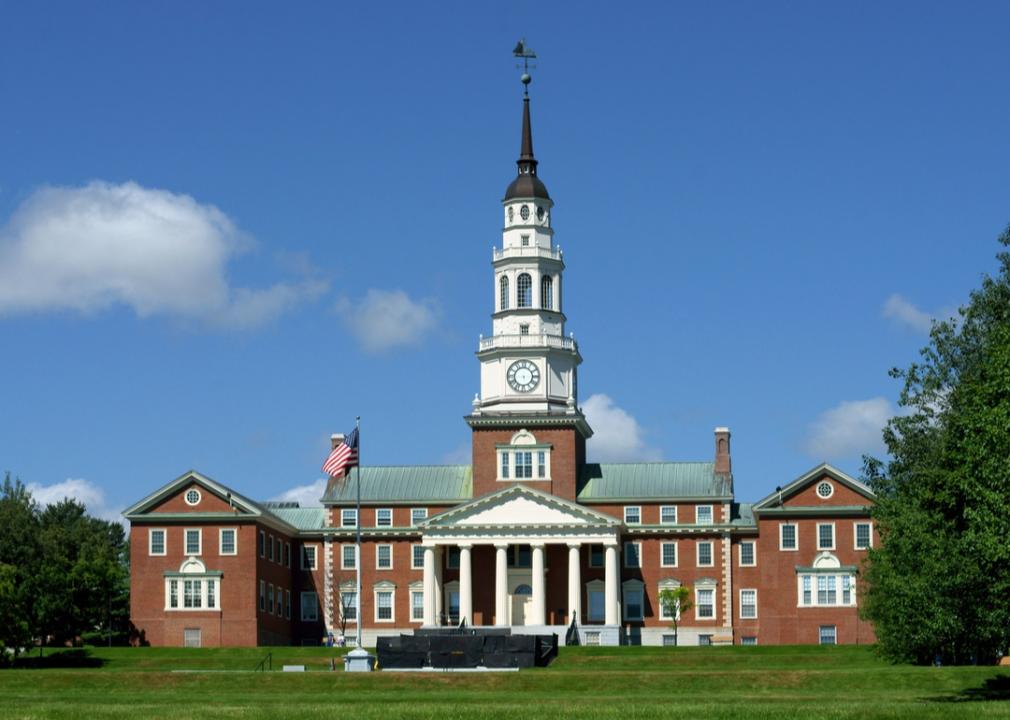 Colby College claims to be on a mission to eliminate barriers for students. Topping this list is a “pledge to meet 100% of each admitted student’s demonstrated financial needs without loans.” Colby has also simplified its application process with the Common App. The current student body equals 2,100 students, providing a small-school experience.

The liberal arts college offers 56 majors—ranging from environmental computation to global studies, anthropology to astrophysics—and 35 minors. Something appealing to those intimidated by Maine winters is Colby’s “Jan Plan,” which encourages students to spend the winter term with one primary focus, such as conducting research in Belize or filming a documentary in Patagonia. 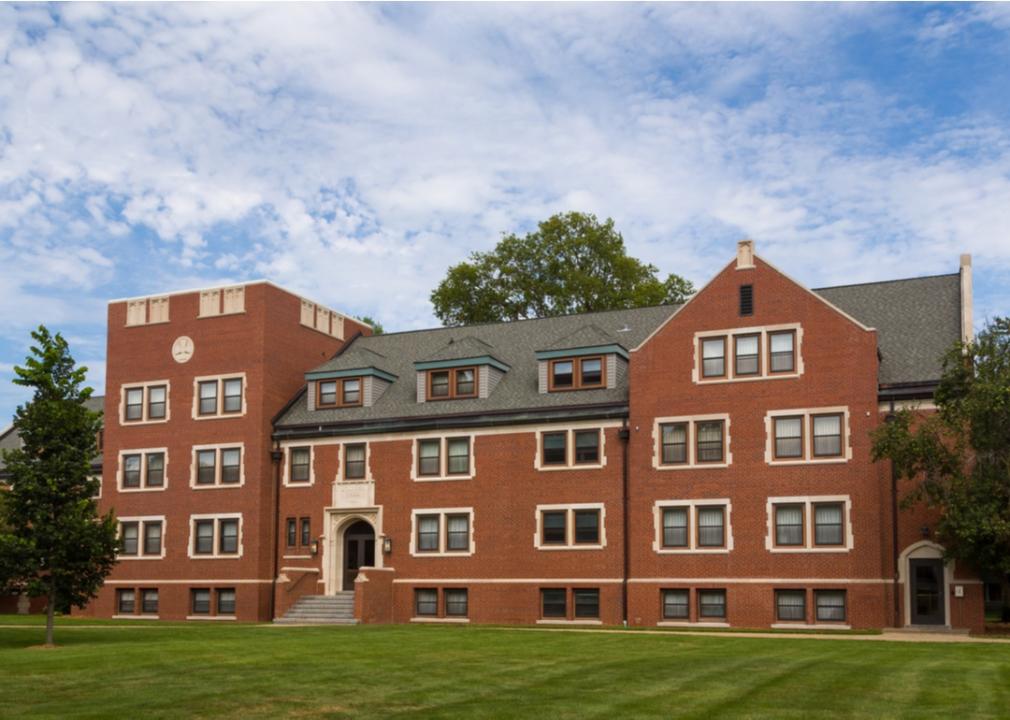 On campus, the Grinnellian community consists of a 9:1 student-faculty ratio, with most classes having 20 or fewer students—something enticing for students looking for a small, Midwest college experience.

Grinnell offers 27 majors—including biological chemistry, digital studies, and linguistics—plus 16 concentrations. Founded by abolitionists in 1846, Grinnell has devoted itself to positive social change, and encourages volunteerism within the community and around the globe. 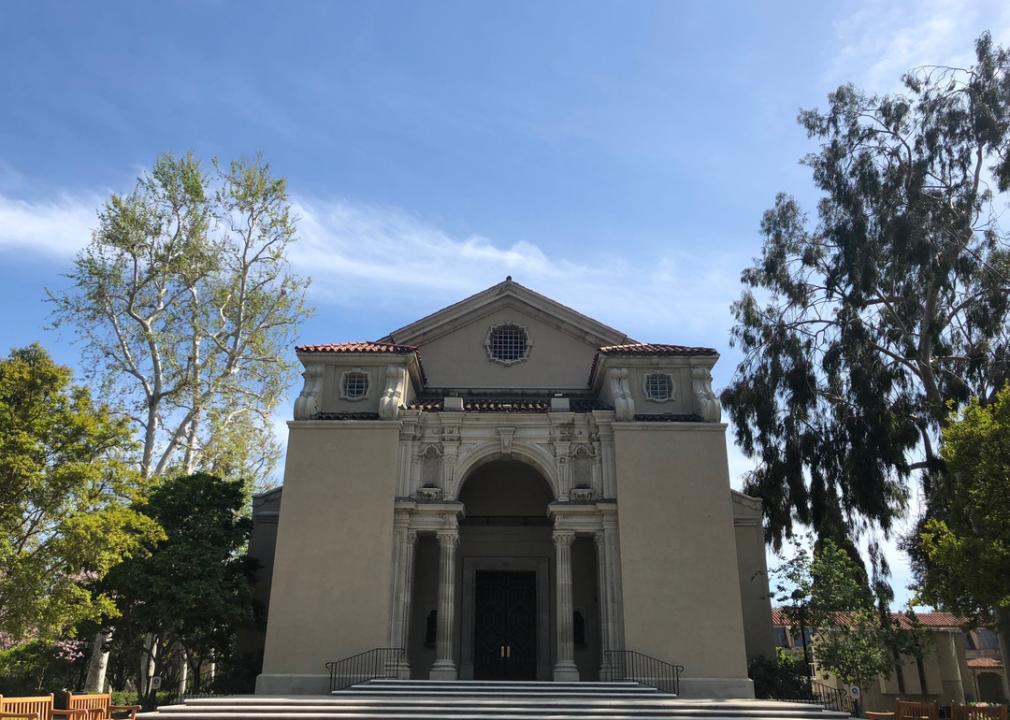 As mentioned earlier, Pomona College is part of the consortium of California colleges that make up the 5Cs. Pomona College students are then a part of an 8,000-student community between these five schools. And like its cohort Pitzer, Pomona is seeing decreasing acceptance rates.

The student to faculty ratio sits at 8:1, giving classes a more intimate experience. Amid the 48 majors offered are specialties like late antique medieval studies, cognitive science, and molecular biology. 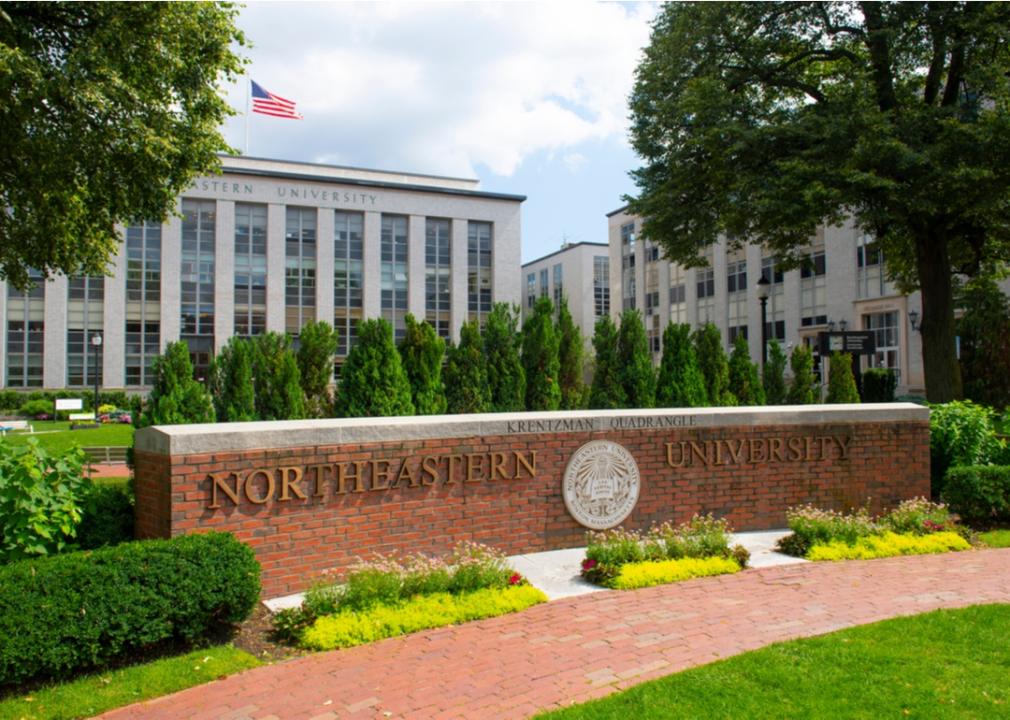 Something the university strongly promotes is experiential learning, with a focus on knowledge and skills gained from both the classroom and through “work, research, and international study.” Over 90 majors are offered at Northeastern.

Raising social awareness takes center stage at the university with standout programs like their Civil Rights and Restorative Justice Project, Center on Crime and Community Resilience, Institute on Race, and Dukakis Center for Urban and Regional Policy. Art is another form of action Northeastern takes in uniting students and the community. Its public art initiative brings art to public spaces throughout the campus and nearby Boston neighborhoods. 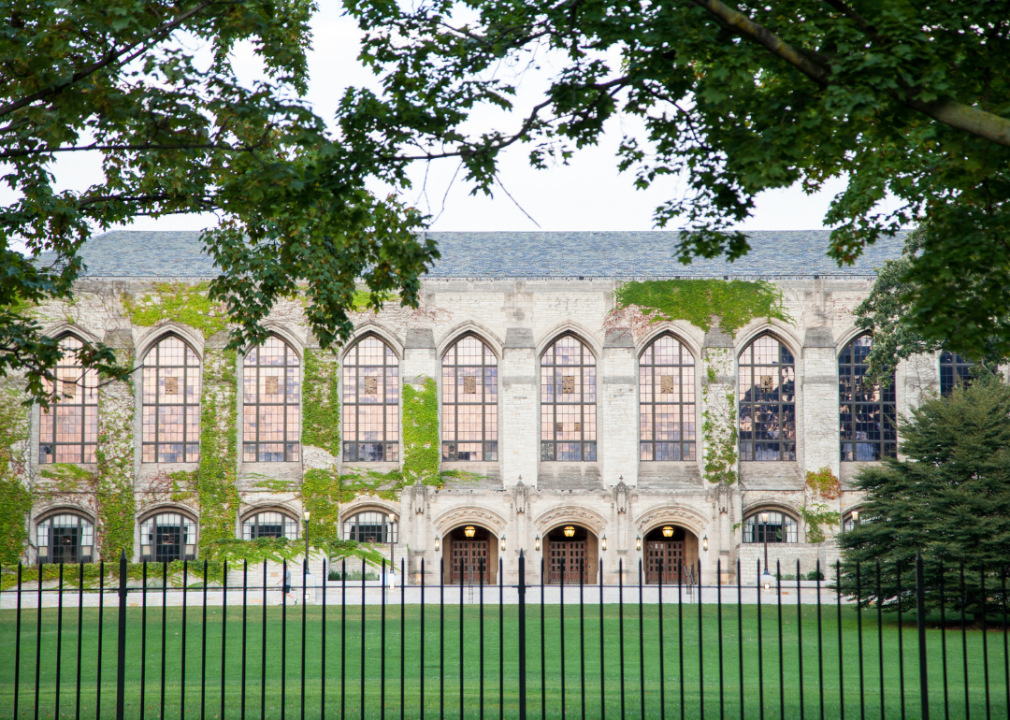 The university strives for an environment rich in diversity and inclusion, global engagement, and research opportunities. Northwestern boasts 90 school-based research centers and more than 40 university research institutes and centers. Students from every U.S. state—and from over 75 nations worldwide—are undergraduates at Northwestern.

The school’s undergraduate offerings include over 120 majors and minors, with subjects ranging from Asian languages and cultures to computer engineering, and from gender and sexuality studies to journalism. Campus life includes hundreds of clubs and organizations for students to join, and the Northwestern athletics program is held in high regard as a member of the Big Ten Conference. 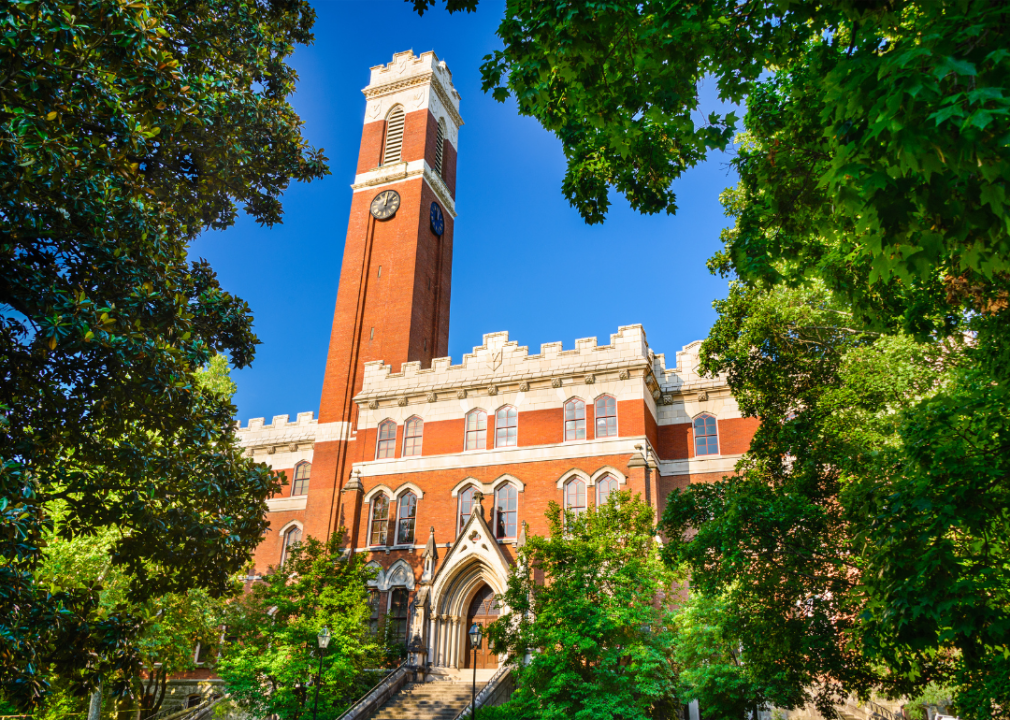 Vanderbilt has extended its test scores non-requirement through 2024. What is taken into consideration are academics, leadership and engagement outside of the classroom. The university has four undergraduate schools—College of Arts and Science, Blair School of Music, School of Engineering, Peabody School of Education and Human Development—and 70 majors. Based on reporting from the 2021 Princeton Review, Vanderbilt scored #2 on their lists for Most Beautiful Campus and Happiest Students, and #1 on the list for Their Students Love These Colleges. 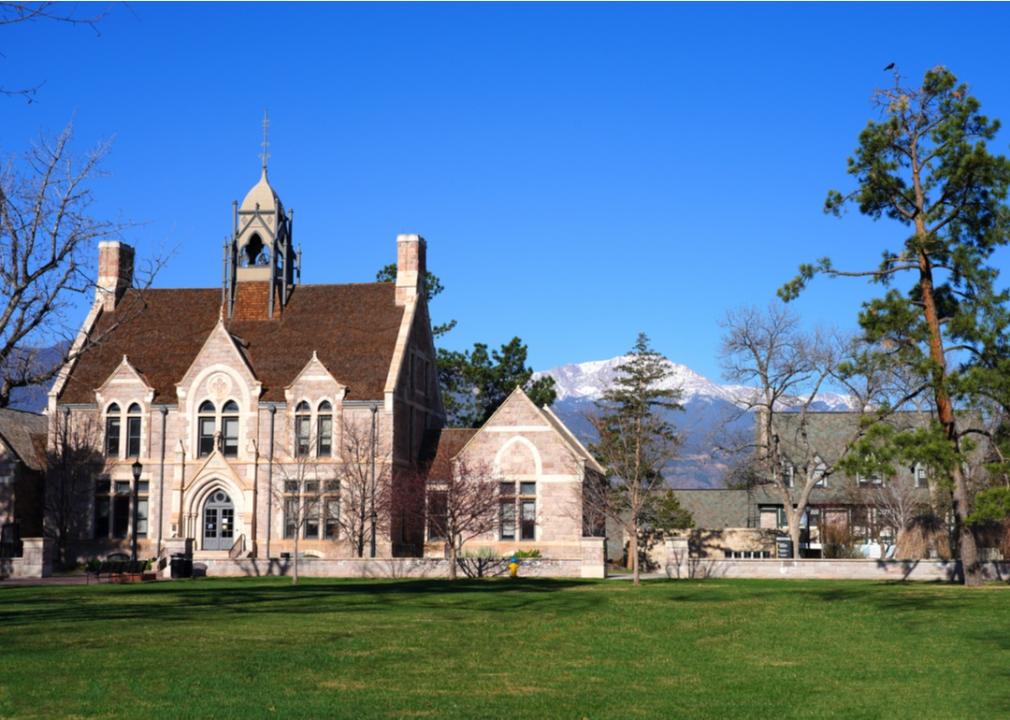 Instead of following the usual two-semesters-a-year structure, Colorado College adopted a block plan. This allows for taking one class at a time in an intensive course: 18 days from 9 a.m. to noon. Per the college, this is equal to one class on a semester plan.

Colorado College offers 80 majors, which include political science, geology, economics, sociology, and environmental studies. This institution also has an outdoor education program, with 200 annual outdoor trips and more than 36 workshops and trainings. 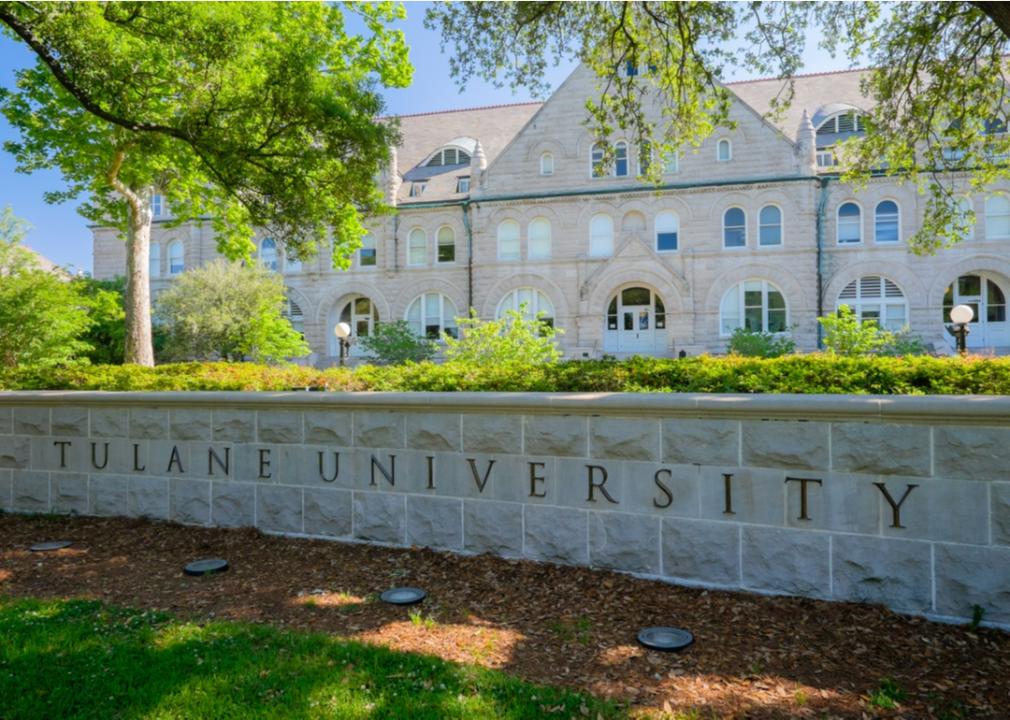 Founded as the Medical College of Louisiana in 1834, Tulane was sought after by students looking to enter the medical profession. Since then, the university has become known as a top-ranked research institution.

Tulane offers over 70 majors in five different schools: science and engineering, architecture, business, liberal arts, and public health. At the heart of Tulane’s values is community service. In 2021, the university saw members of the class body devoting 780,000 hours of civic service to Tulane’s hometown of New Orleans. Perhaps this speaks to the University’s motto: Non sibi, sed suis: “not for one’s self, but for one’s own.” 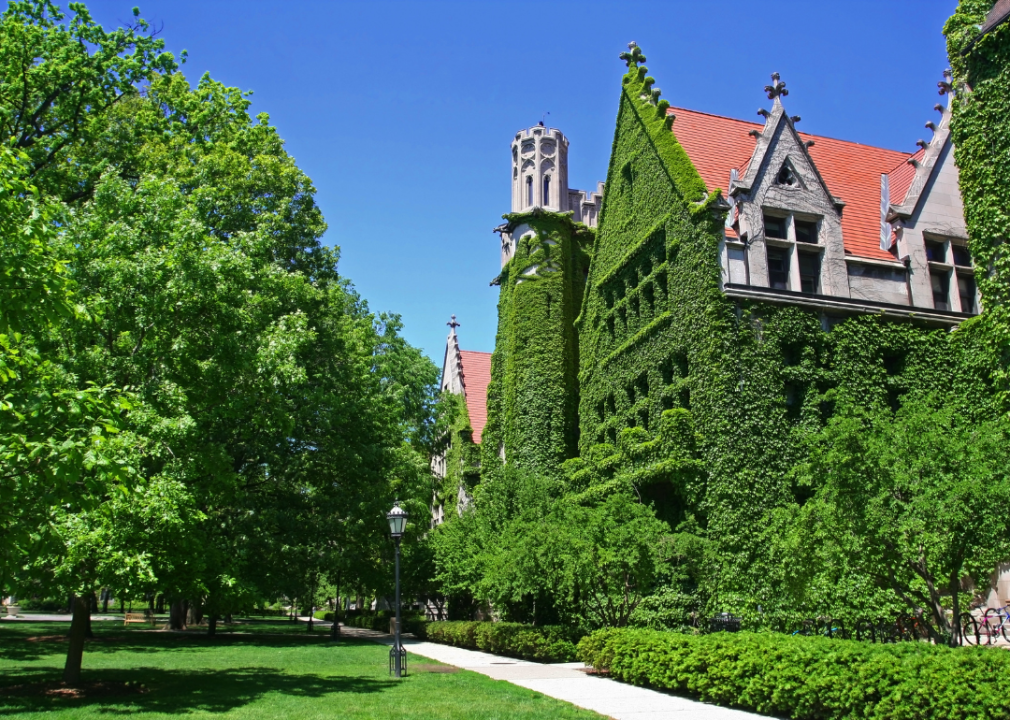 Students can be found delving into the University of Chicago’s more than 50 majors, including architectural studies and art history, astrophysics, biological sciences, data science, and human rights. Bringing inspiration to campus are regular speakers. Some who have hit the stage in the past: Supreme Court Justice Elena Kagan, Chance the Rapper, Canadian Prime Minister Justin Trudeau, Senator Bernie Sanders, Jon Stewart, and former President Barack Obama.

Bringing an emphasis on community service to the University of Chicago back in 1996 was Michelle Obama. The former first lady founded the University Community Service Center, which sees over 2,000 students giving back through more than 250 Chicago organizations.

This story originally appeared on EDSmart
and was produced and distributed in partnership with Stacker Studio. 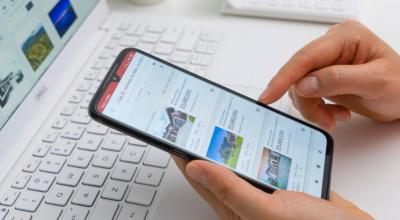 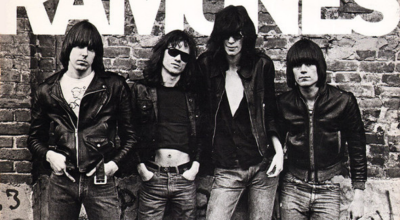 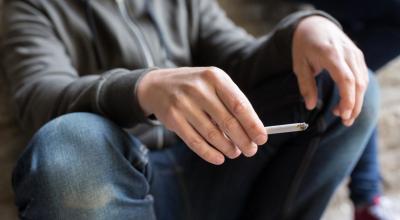