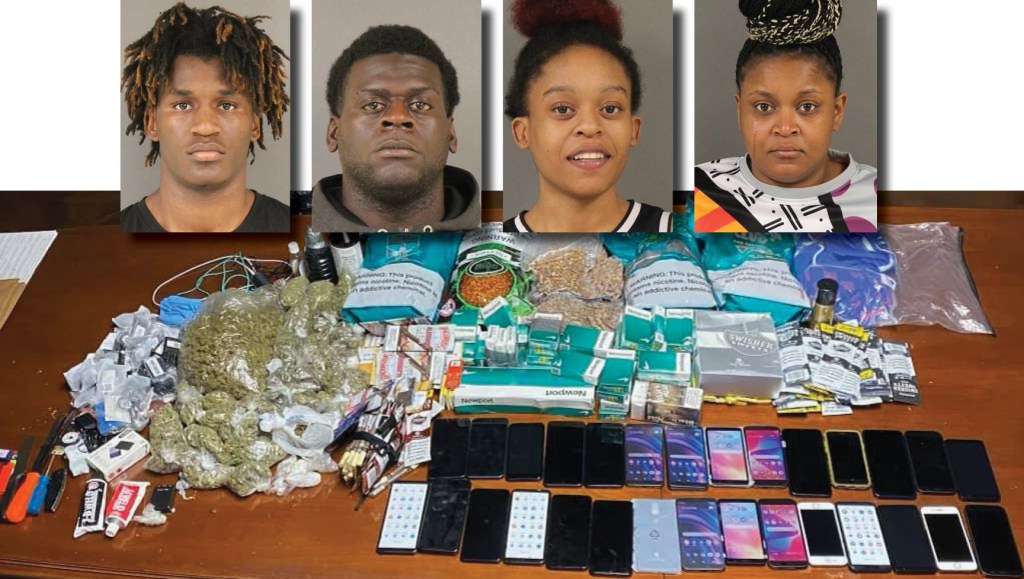 Four people have been arrested after they reportedly attempted to smuggle marijuana, cell phones and other items at a Mississippi detention center.

On Tuesday, May 4, criminal investigators assigned to the Raymond Detention Center conducted an operation after receiving information about the delivery of contraband being delivered to the jail.

During the operation, Investigators observed a white Dodge Journey on the grounds of the facility and upon making contact with the vehicle, occupied by four individuals, later identified as Jarod Sutton, 20, Deon Johnson, 23, Monica Hutton, 20 and the driver, Chiquita Cavett, 27.

The occupants of the vehicle had thrown several packages over the fence.

The packages were later recovered and contained, tobacco, marijuana, pills, ice, cell phones, syrup, blunt objects and other miscellaneous items. A 9mm pistol with a 50 round magazine was also recovered from the vehicle.

The investigators should be commended for their pro-active hard work regarding illegal contraband at the Raymond Detention Center. The HCSO will continue to aggressively address and investigate these matters.
…