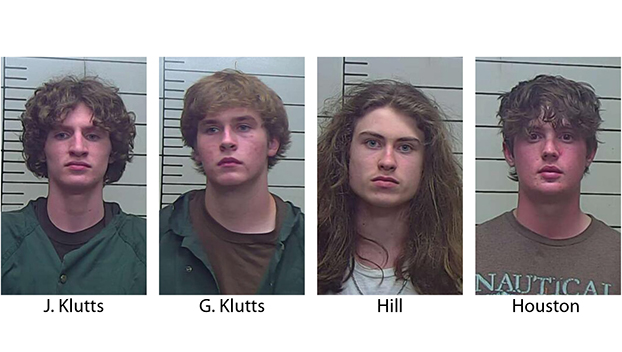 Four teens have been arrested for capital murder in the death of a Mississippi man during a March robbery.

Clay County Sheriff’s Office investigators have arrested and charged the West Point teensf in the death of Mikel Craven, 41, that occurred on Blake Road west of West Point on March 11, 2022.

Craven was found lying in a ditch near the Pine Grove Road intersection. When he was taken to the hospital, it was discovered that he had been shot.

Sheriff Scott stated only 15-year-old Jeremey Klutts, Jr. was granted a conditional $75,000.00 bond that included the wearing of an ankle monitor.

Investigators have determined that robbery was the motive in the death of Mr. Craven.

The other three suspects remain incarcerated at the Clay County Detention Center with a preliminary hearing set for May 19 in the Clay County Justice Complex. Judge Hampton denied bond on the other 3 suspects.