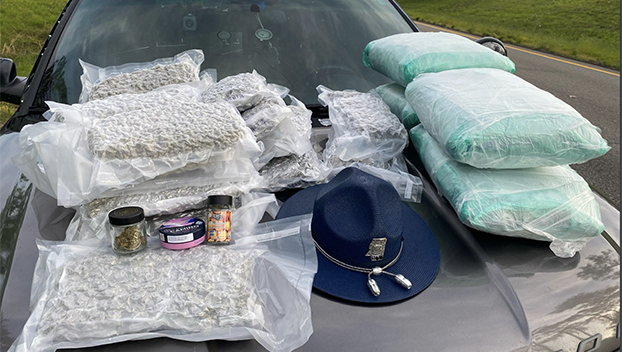 The Mississippi Highway Patrol in Brookhaven posted the photo of the drugs seized in Pike County on Interstate 55.

New sources report that Jasmine Harris, 30, of San Anselmo, CA, was arrested for Trafficking of Controlled Substance (Marijuana) and Trafficking of THC.

Harris was arrested after a Mississippi Highway Patrol trooper stopped a white 2004 Kia Sonoma for a traffic violation on Saturday, April 23 near the four-mile marker on I-55. During the stop, the trooper found 40 pounds of illegal narcotics.

Harris was booked into the Pike County Jail.

Troopers are dedicated to making our communities safer by capturing criminals and removing drugs from our highways. Saturday in Pike County, State Troopers seized over 40 lbs. of illegal narcotics.
Good job, Troopers! pic.twitter.com/OqLpdE0Ofl