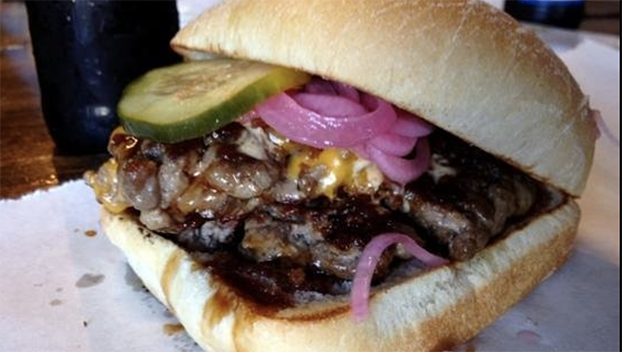 The Neon Pig is flying high after 10 years.

The popular butcher shop and restaurant in Tupelo has evolved over the years, but the one constant has been its mission to provide homemade and handmade goodness to its customers.

The butcher shop breaks down whole locally grown animals, and seafood is delivered three times a week. Locally grown vegetables and locally made products are for sell as well.

However, Neon Pig didn’t start quite this way.

But a year later, in 2012, two Home Chef employees, Seth Copeland and Mitch McCamey, joined forces with Trish McCluney to buy out Van Osten, paving the way for Neon Pig and their vision for the business.

“Mitch and I were going to partner with her (Van Osten), but she had a totally different vision for it,” Copeland said. “We said we wanted to add a cafe, but she said it would never work, and we said, ‘OK.’”

While Home Chef Market had plenty of gourmet items like a vast array of olive oil and balsamic vinegar, that wasn’t going to sustain the business in the long run.

So with the new owners, Home Chef became Neon Pig, and Copeland, McCamey and McCluney made a strong push to find and sell products grown and made by local farmers and growers.

“We got into this because we were going to fill a niche in the market that needed us,” McCluney said. “Our goal was to serve our community with mom and pop products on our shelves, supporting them and the community as well as the state … we’ve tried to provide something different and unique.”

They also went ahead with the plans to open a cafe. The results have been smashing.

The Smashburger was a hit from the very start, and in 2015, it was named by Thrillist as the “Best Burger in America.” It is comprised of aged filet, sirloin, rib eye, New York strip and Benton’s bacon ground together with cheddar cheese, quick pickles and pickled onions, all flavored with hoisin and comeback sauces on a crisp ciabatta bun.

The best burger title has continued to drive customers new and old to the Pig over the years, looking to enjoy the savory burger.

Today, the Neon Pig is thriving, and its co-owners are grateful.

“It has definitely exceeded my expectations, being around for 10 years, because the restaurant business is hard to survive in, given that most go under after the first year or so,” McCluney said. “But I know that Neon Pig had the capability of being successful, and we have endured many trials and tribulations.”

Indeed, the tornado in 2014 damaged their building, and most recently the pandemic followed by inflation and high prices.

“We, along with other restaurants struggled, be we persevered,” he said.

Soon, the taste of Neon Pig will be enjoyed out west – Oklahoma to be exact. Specifically the WinStar World Resort and Casino owned and operated by the Chickasaw Nation.

“We met the guys from the casino through our buddies at Blue Delta Jeans,” Copeland said. “They’ve been working with them for a few years. We flew out there and met with them and talked about what we do here, and last month I cooked for their VIPs.”

Cooking for a crowd of about 60, Copeland offered small plates of some of the offerings available at the Pig. The dishes went over well; so well, in fact, that the casino wants to add several of the Pig’s menu items to the Gran Via Buffet, which features dishes from across the United States, Italy, Vietnam and Mexico.

“It’s a great opportunity for us,” Copeland said.

Added McCluney, “it’s nice to be seen and tasted in another part of the country.”

And that begs the question: Is this a step toward opening Neon Pigs in other locations?

Copeland said they’ve had talks with interested folks before, and even were close to hammering out a franchise deal with a Huntsville, Alabama group. But that was pre-pandemic, and those plans were put on hold. Whether those plans are revived remain to be seen.

“We want to get the right group involved, but that’s something we’re definitely thinking about,” Copeland said. “Right now, we’re celebrating our 10th anniversary, kind of getting the original band back together and concentrating on our core business, which is the Pig. You know, we’ve all gone and done other things, too, but it’s nice to come back to where it all started.”

As for the next 10 years, it surely can’t be as tumultuous as the past few years. Even so, the Neon Pig will roll with it.

“We’re always trying to evolve within our restaurant and grocery and find new, local mom and pop products that we believe in and support,” McCluney said.

“We’d love for you to show us what you have,” Copeland said. “If we like it, we’ll try to make room for it. That’s why we’re here.”