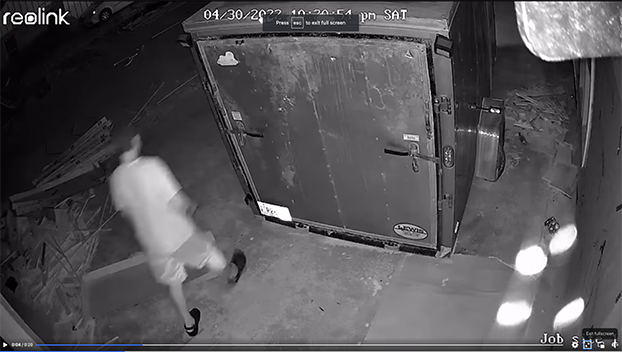 Mississippi police are asking for the public’s help in identifying two people who have taken home appliances from a house under construction.

Officials from the Brandon police department posted a surveillance video seeking help in the theft which occurred on April 30.

According to a post on social media, police responded to Long Leaf Circle in reference to household appliances taken from a home under construction.

The victim stated on the night of Saturday, April 30, unknown suspects entered a construction site and stole a garbage disposal and a GE gas oven.

Video surveillance revealed an adult white male carrying a cordless drill accompanied by an adult white female at the construction site shortly after 10 PM, before triggering an alarm and fleeing the scene. One of the suspects may drive a light-colored sedan car with silver rims.

Anyone with information that leads to an arrest could be eligible for up to a $2,500 reward. If you have information to help in this case, please call Crime Stoppers at 601-355-TIPS (8477), submit a tip, by using your mobile device or computer by going to www.P3tips.com