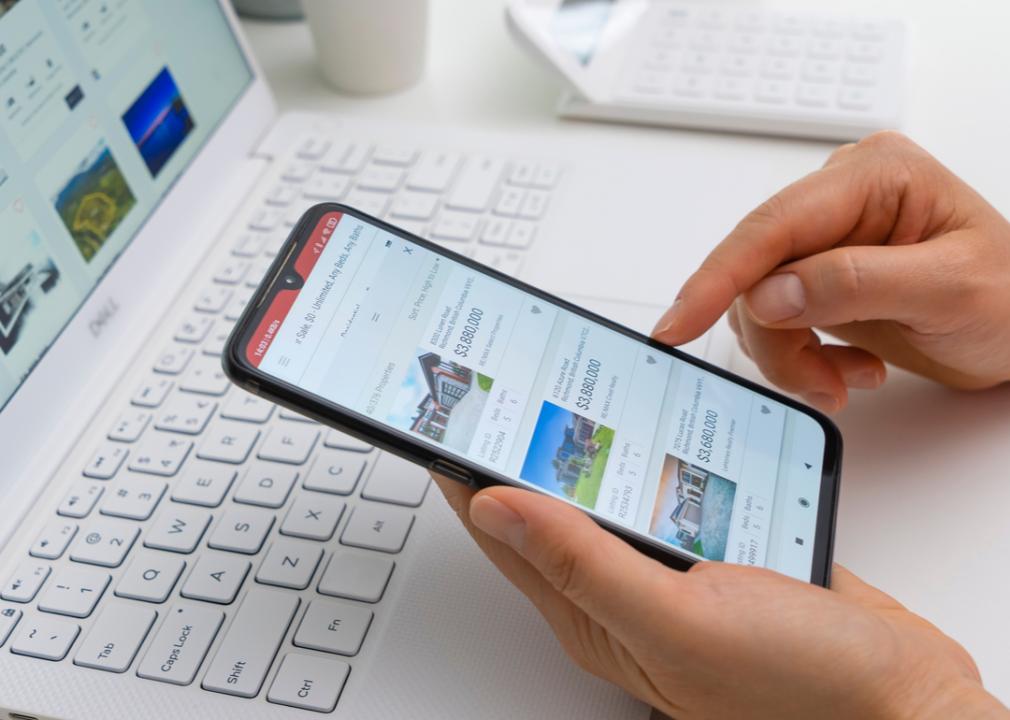 Demand for property has outpaced supply in both sales and rentals, and prices don’t seem poised to level out anytime soon. The S&P/Case-Shiller U.S. National Home Price Index reports that home prices have risen 105% over the last decade, with near-vertical growth since the summer of 2020.

With the Federal Reserve recently raising interest rates by 25 basis points in March 2022—and all indicators pointing to further hikes as the year continues—the trend of rising mortgage rates has cooled housing demand and nudged some first-time buyers out. A March 2022 report from Reuters found that new home purchases dropped 2% in February alone, while median house prices are up more than 10% since the same time last year. And the National Association of Realtors reported an even more drastic 7.2% drop in existing home sales in February alone. It’s part of a downward trend as sales decreased 2.4% over the last year.

Average commitment rates for 30-year, fixed-rate mortgages have approached rates not seen since 2019, when they hit 4.27%. According to Freddie Mac, the March 2022 commitment rate was 4.17%, up from 2.96% at the end of 2021. But what does that mean for buyers? Higher mortgage rates equate to larger monthly payments and increased mortgage interest expense over the life of a loan. With average income failing to keep up with the rate of inflation—which as of February 2022 stands at 7.9%—it’s no wonder that many potential buyers are finding themselves having to reframe their near-term goals of becoming homeowners.

Of course, the real estate market is more than single-family homes and new builds. In order to understand how the market has been affecting other types of property, Fund That Flip compared the year-over-year market shifts for six types of real estate assets using data from a variety of sources, including the U.S. Census Bureau, the National Association of Realtors, Zillow, Apartment List, and the U.S. Department of Agriculture. 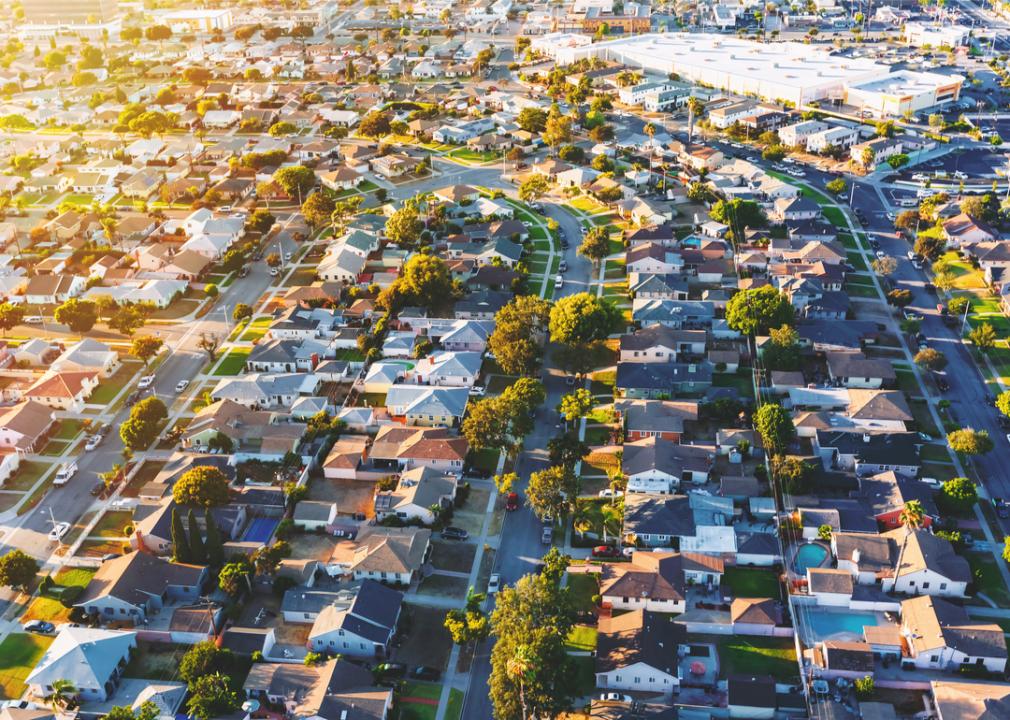 As mentioned above, the National Association of Realtors, or NAR, released a report in March of this year showing that existing home sales were down 7.2% in February. Aside from rising inflation, the major factor here is ballooning prices. The median selling price for an existing single-family home in 2019 was $274,600. In 2021, that number was $353,600 and preliminary data suggests that as of February 2022, prices are now just north of $363,000.

Condos and co-ops are faring much the same: $297,400 in 2021 vs. $249,500 in 2019. The NAR made the trend here plain, noting that the unprecedented rise has been going strong for 120 consecutive months—the longest-running growth streak on record. This translates to a decrease in inventory, a decline in buying power, and a market that, at present, seems unable to meet demand. 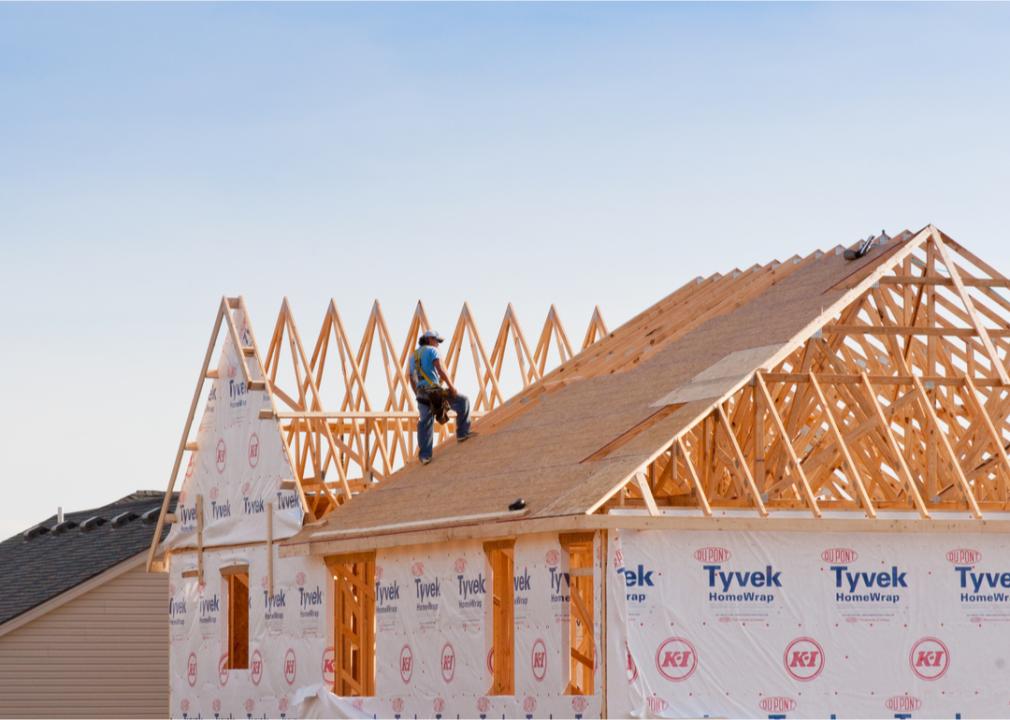 Supply chain issues. Labor shortages. Building permit delays. Homebuyers looking to invest in new builds have run into various obstacles that seem to have only intensified during the pandemic. But new home construction—which was just beginning to pick up after the 2008 housing crisis—may be on its way back. A February 2022 report from the U.S. Census Bureau reveals that new home construction is up 22.3% from a year ago, marking the fastest growth rate since 2006. Behind (or within) this figure is a commensurate rise in building permits applied for and granted (7.7%).

Home build completions remain a couple percentage points off 2021 numbers, but that is expected to become yesterday’s news as more of these new builds are completed and brought to market. As for new build sales, numbers remain off the 2021 pace by just over 6%, but again, a market rebound is cautiously anticipated in this sector once the smattering of new builds are put on the market (provided inflation can be put in check). 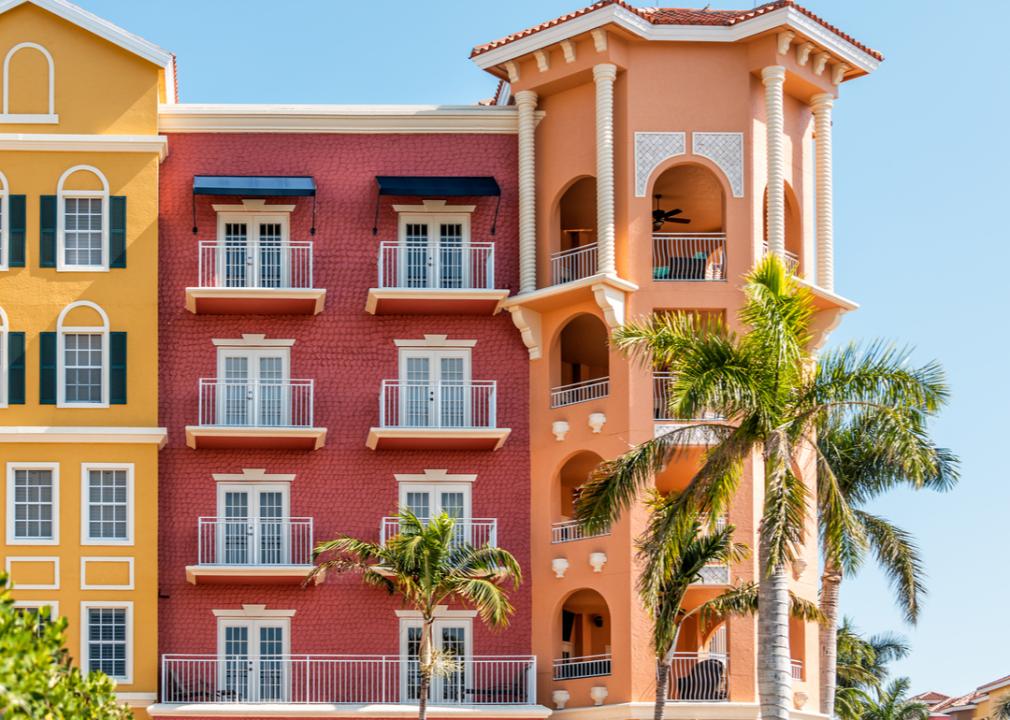 When the pandemic hit, condo sales declined by 48%. A March 2022 report from Redfin shows a bounce back, with condo prices up 14.6% over 2021 and 22.7% since 2020. One major factor behind this growth metric is the fact that many buyers are being priced out of the single-family market for either new or existing properties. Many are instead seeking relative affordability elsewhere—in other words, a condo is about all they can afford. According to Zillow’s Home Value Index, the average market value of condominiums in February 2022 was $325,800, 20.4% higher than the February 2021 average market value of $276,349.

Like other real estate properties, supply is down for condominiums, plummeting 28% year over year, which is driving up prices. This has led to fierce competition, with two out of every three offers winding up in a bidding war. Still, with median single-family home prices rising even faster, for many people a condo is the best bet for homeownership. 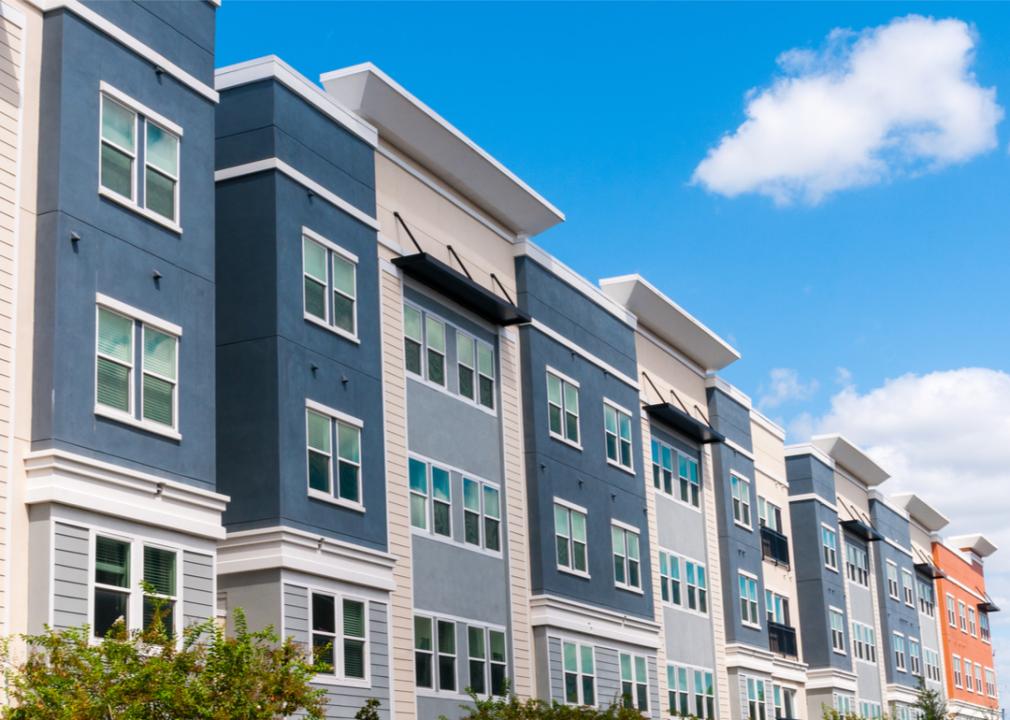 As with other forms of real estate, the market for apartment rentals is highly competitive. Vacancies are few and far between. According to the U.S. Census Bureau, rental vacancies at their lowest rate since 1984 at 5.6% in the fourth quarter of 2021. What’s interesting about this fact is that apartments are in hot demand despite massive rent hikes. As of March 2022, the national median rent was $1,333; this is a 17.1% jump year-over-year.

While 2022 increases have only been 1.8%, analysts with Apartment List were quick to note that as this reflects a relatively slow period in rentals, rates will continue to climb into the summer months, when most rental activity takes place. The rub here is that rising rents play into the trend of rising inflation—rental prices are included in the Consumer Price Index, which is how inflation is measured.

As to how this is going to play out as 2002 rolls on, Bob Pinnegar, president and CEO of the National Apartment Association, was quoted by Forbes as saying, “It’s … likely that we’ll see increased regulatory efforts directed at the rental housing market after a tumultuous time during the pandemic,” though he was quick to point out that such regulations can have a diametrically opposite effect of driving up housing costs as more properties leave the market swiftly. 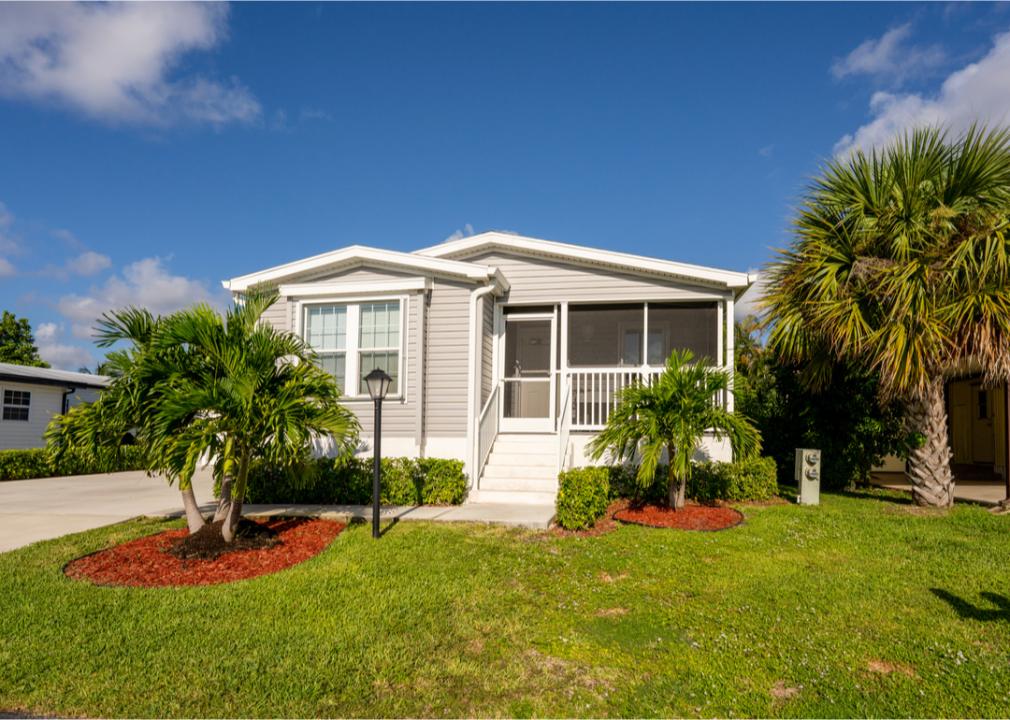 An estimated 5.6% of all Americans live in manufactured homes, which include mobile homes and trailers. This 17.7 million-strong segment of the population enjoys the lowest average monthly gross housing cost at $564, nearly half that of a stand-alone or condo. An estimated one in 10 households living below the poverty line do so in a manufactured home. Costs to factor include a mortgage on land if you’re a property owner or, if residing in a mobile home park, a rental fee ascribed to the land upon which a manufactured home is stationed.

With prices in the real estate market continuing to rise, many buyers are giving manufactured homes serious consideration. Per a March 2022 Census Bureau update, the average price for manufactured home sales in October 2021 was $81,700, 42.8% higher than in 2020 yet still significantly lower than single-family or condo dwellings. One causative factor for the price increase is supply chain issues, which have not only impacted material availability, but the haul and freight sectors as well, making the movement of building materials for manufactured homes stunted. Labor shortages in the trucking industry are also a contributing factor. 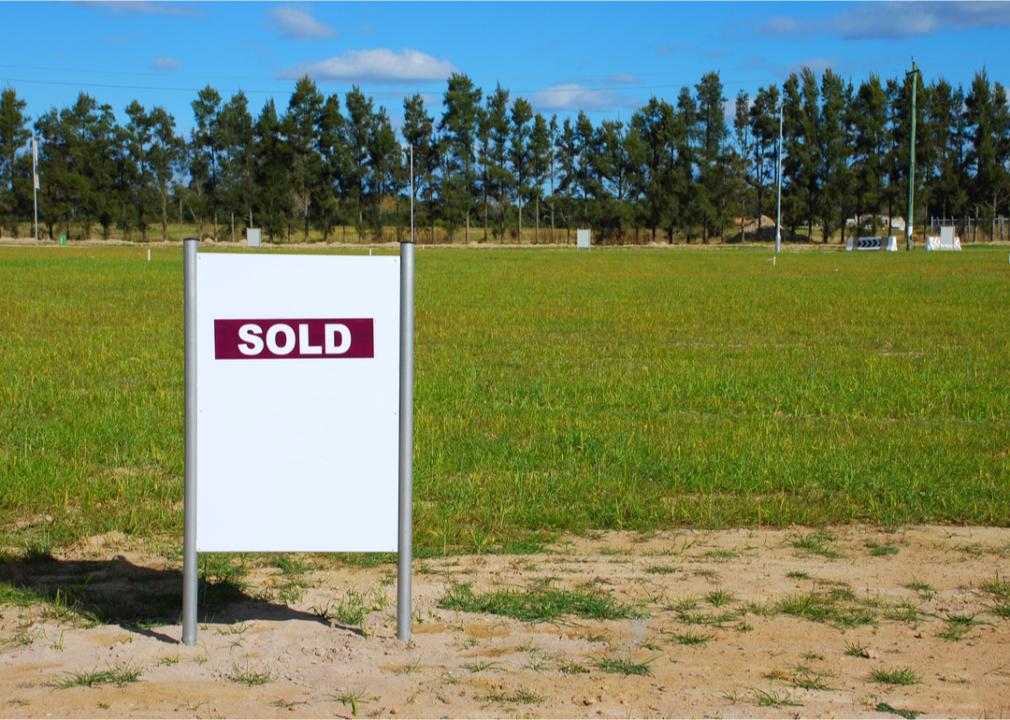 When exploring the option of purchasing land, buyers may become frustrated as there is less market data available compared to other property types on this list. Typically land for residential development is not procured individually—which is to say the average new home buyer doesn’t buy a parcel and then have their dream home built on it. Much of the available data relates to agricultural and farm real estate.

The U.S. Department of Agriculture’s 2021 Land Values Summary shows a 7.0% increase in acreage value from 2020 to 2021, translating to a $220 increase per acre. This may seem like peanuts compared to the cost value of a residential plot, but considering that farmland is usually marketed in large multi-acre parcels, the cost value at play here can be substantial.

On the residential land side, the market has remained strong during the pandemic, but there are still issues to navigate. In April 2021, the National Association of Real Estate reported a constraint on residential land sales due to a lack of developed lots along with difficult zoning ordinances. Of note, the sales price for residential land climbed 6.8% in 2020, while overall land 3% sales saw a 3% rise.

This story originally appeared on Fund That Flip
and was produced and distributed in partnership with Stacker Studio.