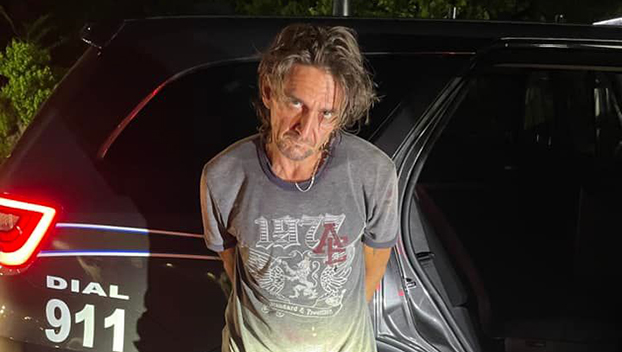 The man wanted in connection with the death of a woman whose body was recovered from the Leaf River in Jones County has been captured.

A manhunt is under way for the man Mississippi law enforcement believe is responsible for the death of a woman whose body was recovered from the Leaf River in Jones County Sunday.

The Jones County Sheriff’s Department posted an “URGENT” message on social media about the man hunt for Marty Breazeale, 48.

“URGENT – JCSD deputies and investigators are on a manhunt for murder suspect Marty Breazeale on Jennings Masters Road in eastern Jones County. Residents in the area should shelter in place until further notice and call 911 if this subject is spotted,” the posting on social media said Monday evening.

Deputies are seeking the whereabouts of Breazeale on a charge of First Degree Murder in the death of Brittany Nicole Holifield.

Two boaters discovered a body, which was later identified as Holifield’s, floating in the river on Sunday. Authorities retrieved the body in the Leaf River near the Highway 590 bridge in Ellisville, Mississippi.

Anyone with knowledge of Breazeale’s whereabouts is urged to call 911, JCSD at 601-425-3147, or Jones County Crime Stoppers at 601-428-STOP (7867). This subject is considered dangerous and should not be approached. Please SHARE!

Manhunt under way for murder suspect in death of…